British popstar Dua Lipa made a stop in Florence yesterday for a guided tour of the Uffizi Galleries led by director Eike Schmidt. 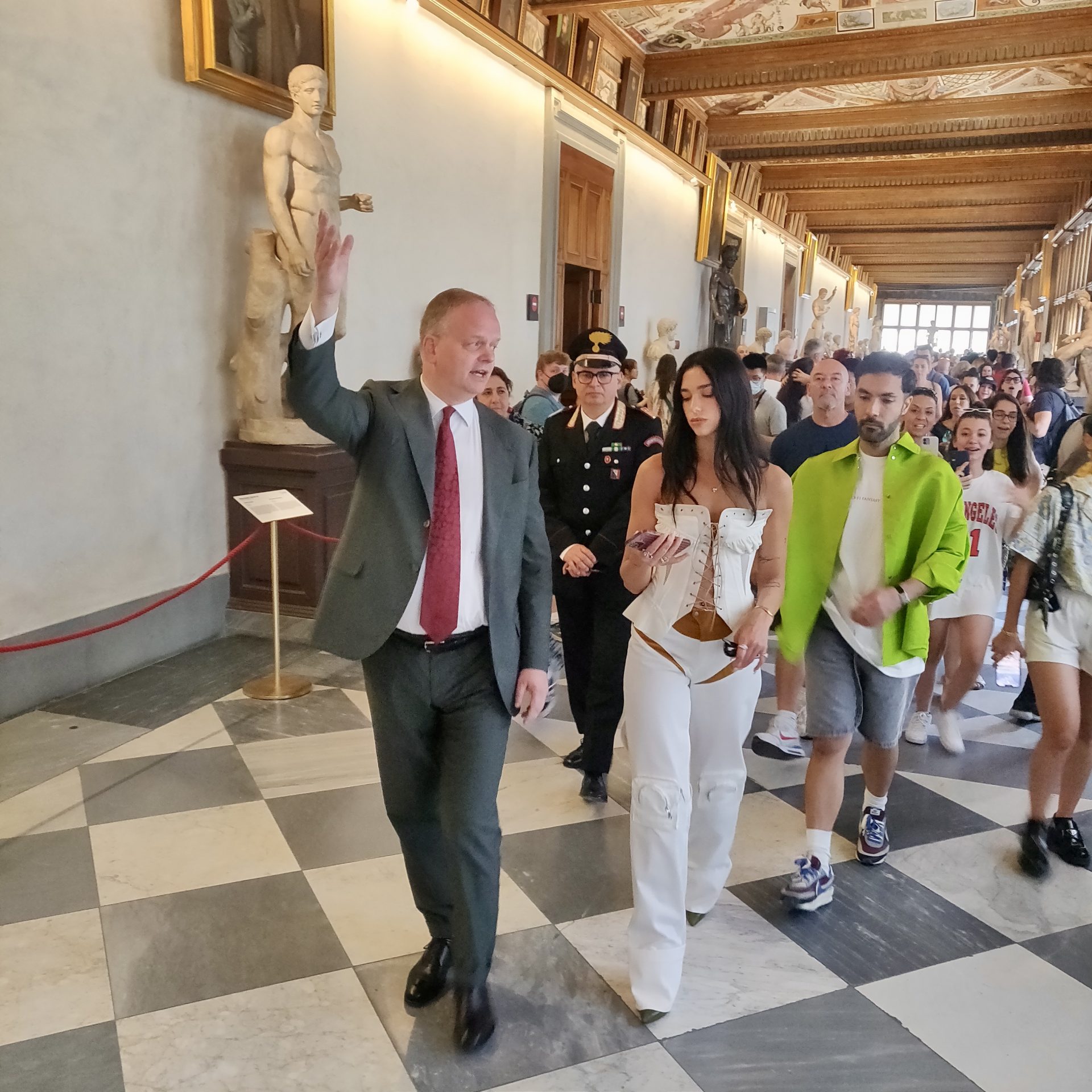 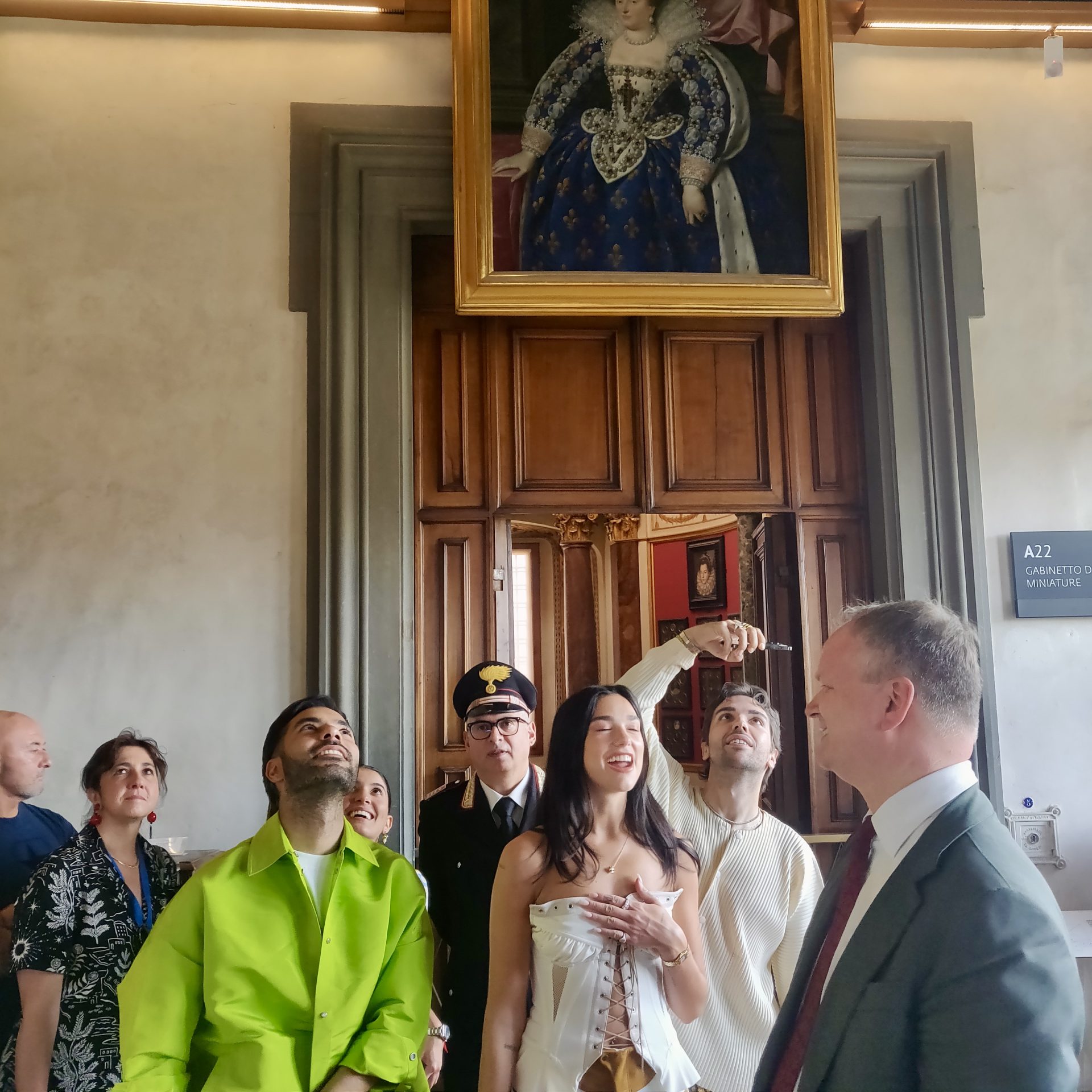 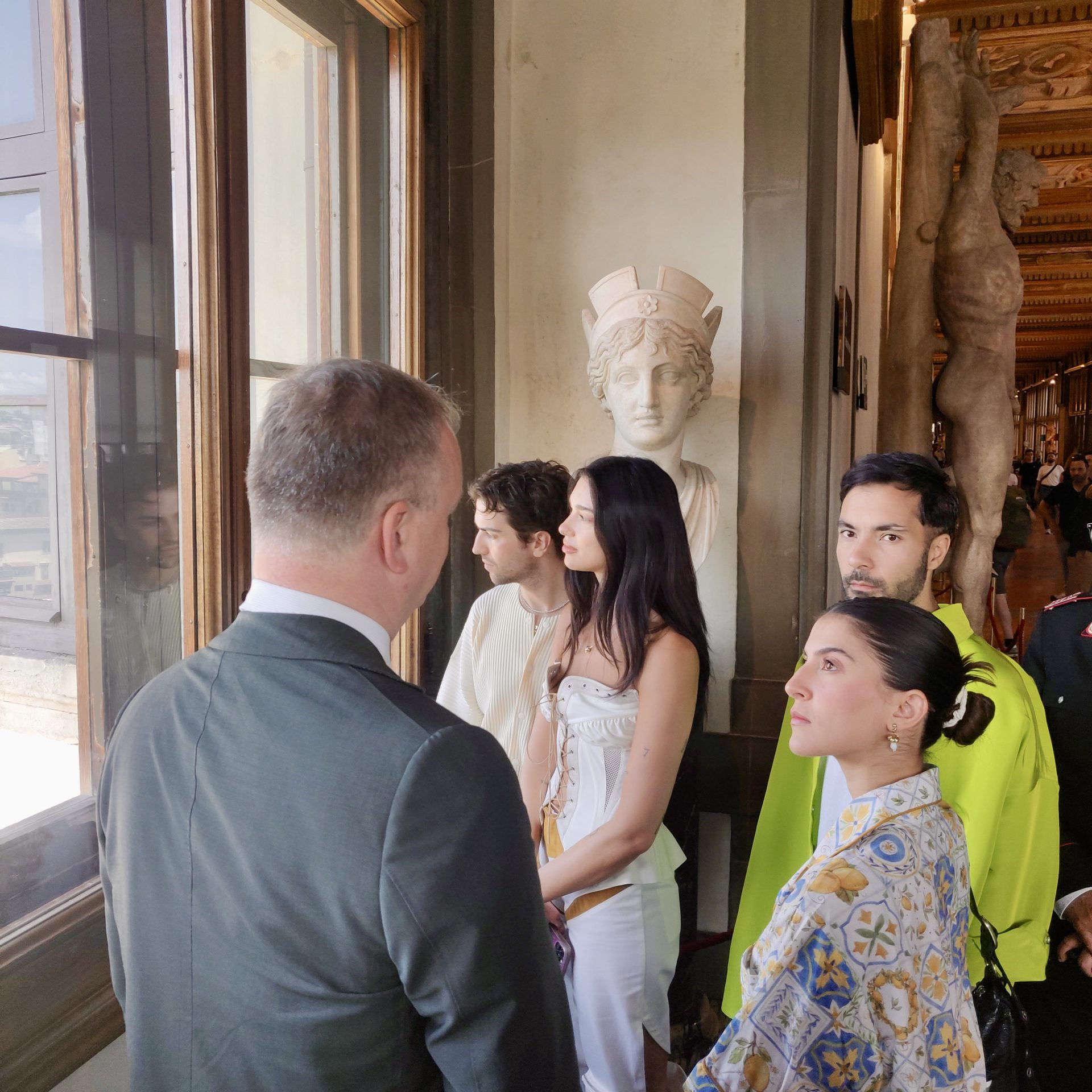 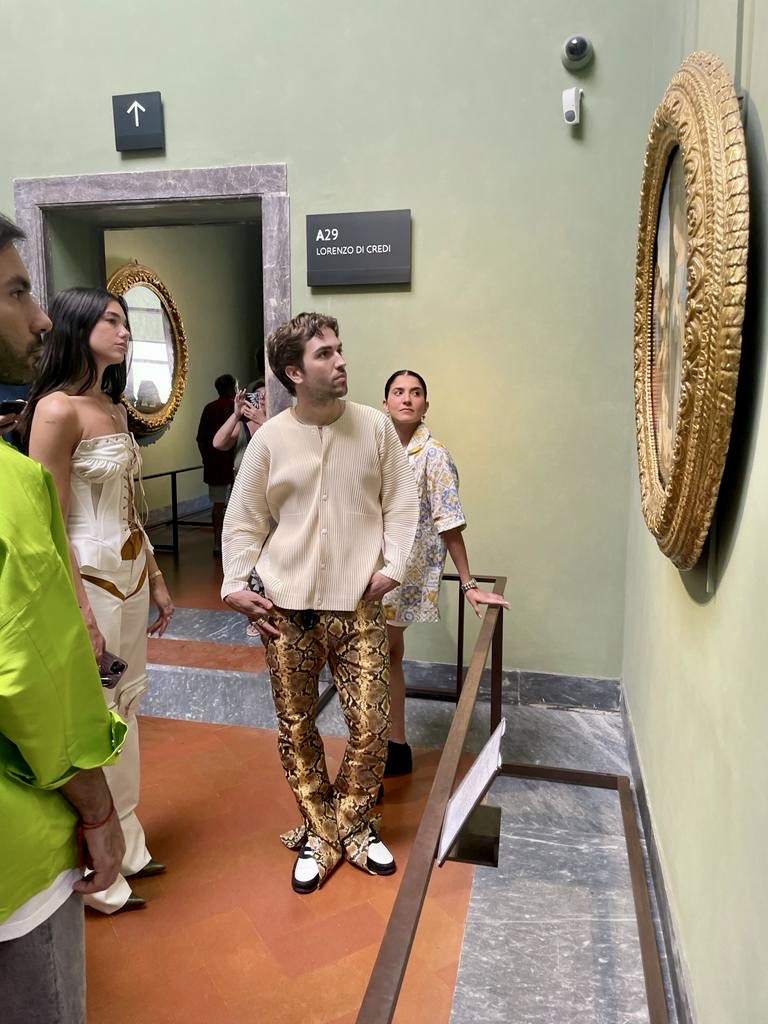 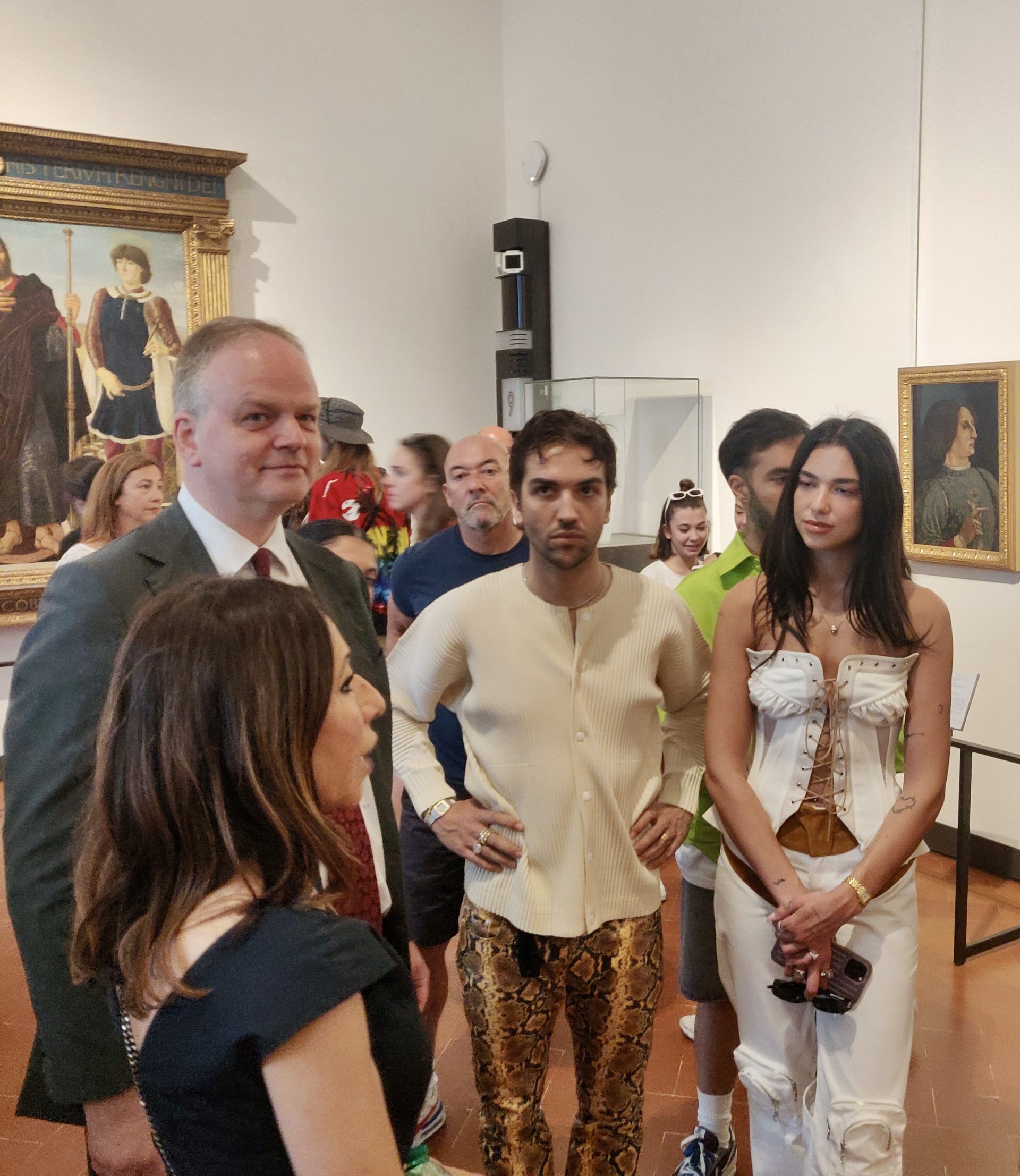 The singer was in Italy last week to play the rescheduled dates of the European leg of her Future Nostalgia Tour, which were supposed to take place in April 2020. She performed in Milan for two nights and one in Bologna, then ended her Italian visit in Florence.

Dua Lipa spent two and a half hours being shown around the Renaissance treasure trove, seeing artworks from the likes of Botticelli, Leonardo and Caravaggio.

“I was contacted by Dua Lipa’s manager a few weeks ago to guide the singer in Florence,” licensed tour guide Elisabetta Digiugno tells The Florentine. “I contacted the director of the Uffizi Galleries, Eike Schmidt, who was pleased to show the masterpieces in the gallery, where Dua was especially amazed by Filippo Lippi’s Madonna with Child and Angel.” The group, which, Digiugno informs us, consisted of fashion designers and entrepreneurs Giuliano Calza and Ygit Turhan, then had lunch at Rivoire before visiting piazza del Duomo. “Fascinated by the city, she said she would love to see a rooftop. I suggested they drove to the Plaza Hotel Lucchesi, where they enjoyed the view while sipping a spritz.” The day ended with a gelato and dinner at Cammillo. “It was a busy day, but I had a lot of fun with this group of young and talented people and with such a great singer. The funniest part was when she was singing in the van!”