Two hundred years after the death of Percy Bysshe Shelley, a conference organized by Riccardo Roni and Angelo Chiantelli will take place on June 5 at Villa di Corliano.

On July 18, 1822, Shelley’s body was taken from the sea on a beach in Viareggio, Tuscany, following the dramatic shipwreck that ended his life, having spent his last years in Italy.

The English Romantic poet had crossed the Alps on a spectacular journey over Mont Cenis in March 1918, together with his wife, Mary Godwin. Italy had been on their minds for some time; their passion for the Italian language had already translated into study and knowledge. With them were their two small children, William and Clara Everina, who had been born in the previous two years. Also travelling with them was Claire Clairmont, Mary’s half-sister, who was already an inseparable travel companion, and her one-year-old daughter, Alba, the result of a relationship with Byron, who called her Allegra. The group was completed by their maid, Milly Shields, and their Swiss housekeeper, Elise Duvillard.

There were several reasons that prompted them to undertake this grand tour of Italy, among them were personal ones: concerns for Shelley’s health, who sought the balmy Italian climate in order to better his lungs, and to escape the condemnation of the institutions and English “common sense” that criticized their free behaviour, already evidenced in the removal of the poet’s legal parental role towards his two children from his first wife, Harriet Westbrook, who had recently committed suicide. There was also Clairmont’s desire to reconnect with her daughter’s father, who was now also in Italy, in Venice; and last but not least was the cost of living, which was much lower than in England, a considerable reason for Shelley, who left behind a flood of debts.

Given the continuous dramas that occurred in this feverish, tormented and creative Italian itinerary—among other things afflicted by the death of all the little ones—the whole first year was dedicated to racing around the classic routes of the Grand Tour. The spring of 1918 was spent between Turin and Milan, with a brief interlude in Como. Then, they travelled through the cities in Emilia before arriving in Tuscany, taking in Pisa, Livorno and Bagni di Lucca. From here, they took a harrowing drive towards Venice and then to Umbria, with its extraordinary Terni waterfall. Between November and December, they whiled away a few days in Rome and then in Naples at a residence overlooking the gulf. They also took in all of their surroundings: Vesuvius, the islands and the excavations at Pompeii, Herculaneum and Paestum. In the spring of the following year (1819), their second Roman trip was longer, including group and solitary excursions, and lengthy visits to archaeological sites and museums.

The Shelleys in Tuscany

Following William’s death from typhus while in Rome, they returned to Tuscany. From then on, the region became a stable place of residence for the Shelleys. There were many reasons why they preferred Tuscany: the cultural wealth (libraries, museums and universities) combined with the splendour of the works of art. More than 800 English families lived between Florence, Pisa and Livorno, the Gentleman’s Magazine informs us.

They returned to Livorno, where their first visit had not impressed the poet much. While true that there was a significant English community—the members of the “British Factory”—and that the port guaranteed easy passage of goods and books from England, the traffic and the noise of the frenzied maritime activities did not reconcile with the search for a secluded setting for the experiences of a Romantic spirit. However, there was now a very different solution: a country residence in Villa Valsovano, then located on a farm (now buried among modern buildings). Byron also made the move to Livorno, and it was while returning from visiting him that Shelley made his final tragic journey.

In October 1919, Shelley went to Florence, where Percy Florence was born, the only one of their children that would outlive his parents. As a plaque shows today, their home was in Palazzo Marini, in via Valfonda (in the stretch that now extends into piazza della Stazione); works composed here include ‘Ode to the West Wind’ and ‘Prometheus Freed’.

The two friends brought together the many Anglo-Italians of the cultural capital, bringing to life the “Pisan Circle”.

The most lasting stay, however, was in Pisa, from 1920 to April 30, 1922. They held various addresses, up to their final one in Palazzo Chiesa, on lungarno Galilei. On the opposite side of the river was Byron, who took up residence on the lungarno Mediceo, in Palazzo Lanfranchi (today Palazzo Toscanelli, seat of the State Archives). The two friends brought together the many Anglo-Italians of the cultural capital, bringing to life the “Pisan Circle”. With them were Edward and Jane Williams, Leigh Hunt and Edward John Trelawny, companions in poetry and adventure.

A pleasant alternative frequented by Percy and Mary was Bagni di Pisa (San Giuliano Terme). Travels in Tuscany led Shelley and his family to enjoy more exclusive and little-known experiences than those found in guidebooks. The group often visited the beach of San Rossore, which they reached on horseback, appreciating the surroundings of Molina di Quosa and Vicopisano, heading up towards the Apennines and the heights of San Pellegrino in Alpe.

This brings us to the family’s move to Liguria to Casa Magni, an isolated villa by the sea in San Terenzo, where Claire, who had temporarily separated from the couple, reunited with the Shelleys and they were joined by the Williams. It was then, in Genoa, that the poet purchased the schooner of his fatal voyage, which took place on his return from Livorno with Edward Williams and the young sailor, Charles Vivian.

Shelley’s immersion into the nature and culture of Italy was deepened in Tuscany. Here, his contact with daily life and the intertwining of relationships with the most cultured and influential part of the local population was more established than anywhere else. Here, stubborn Italophobic stereotypes were replaced with empathy, which also became a political message for a possible redemption. Mary followed the fate of the Italian Risorgimento with interest; Percy, it can be said, anticipated them, celebrating the tyrants’ defeat in his works that were written and conceived in Italy, and mostly composed in Tuscany. This reveals just how much Shelley’s story has become almost mythical for us, alongside the recognition and appreciation of his literary masterpieces.

Shelley conference in Tuscany this June

Two hundred years after the death of Percy Bysshe Shelley, a conference organized by Riccardo Roni and Angelo Chiantelli will take place on June 5th at Villa di Corliano, San Giuliano Terme, thanks to a donation made by the Pisa Pacinotti Rotary Club. 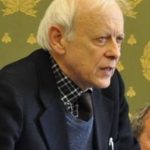 Born in Viareggio, Stefano Bucciarelli is a former history professor who works with the Istituti della Resistenza network. His numerous publications include research into the political and cultural history of contemporary Tuscany.