Established in Florence in 1932, the gelateria is storming the UK market with nine stores and more in the pipeline.

Badiani is celebrating 90 years of business. Founded in Florence in 1932, the renowned gelateria now boasts nine stores in central London and two in Spain (Barcelona and Sotogrande, Andalusia) in addition to the original parlour in viale dei Mille.

Founded by Idilio Badiani, the artisanal gelato brand was taken over by Orazio Pomposi in 1993 who, with his sons Paolo and Patrizio, has expanded the business to new horizons through innovation, expertise and creativity. In 2016, the Pomposi family embarked on a process of internationalization without ever turning their backs on quality. Now, in 2022, Badiani has more than 130 employees, serving over two million customers, with a turnover expected to be around 11 million euro in 2023.

Dry ice innovation caused Badiani to become the first artisanal gelato brand to provide home delivery within 24 hours anywhere in the United Kingdom, in addition to immediate delivery in London and a subscription system. The Florence-based business now generates 25 per cent of its turnover from online sales. 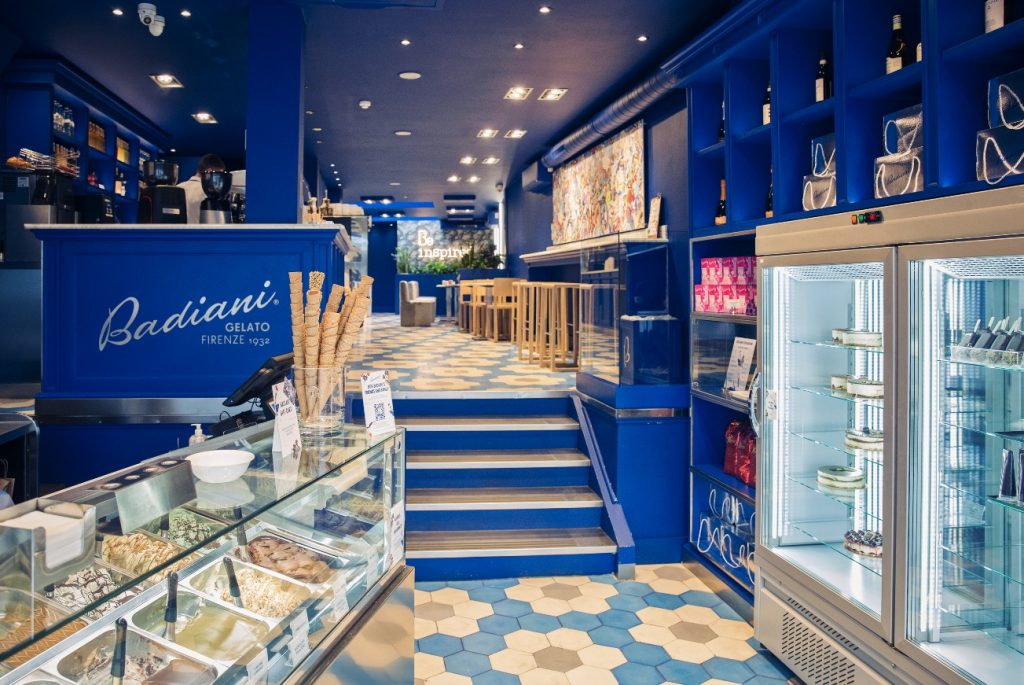 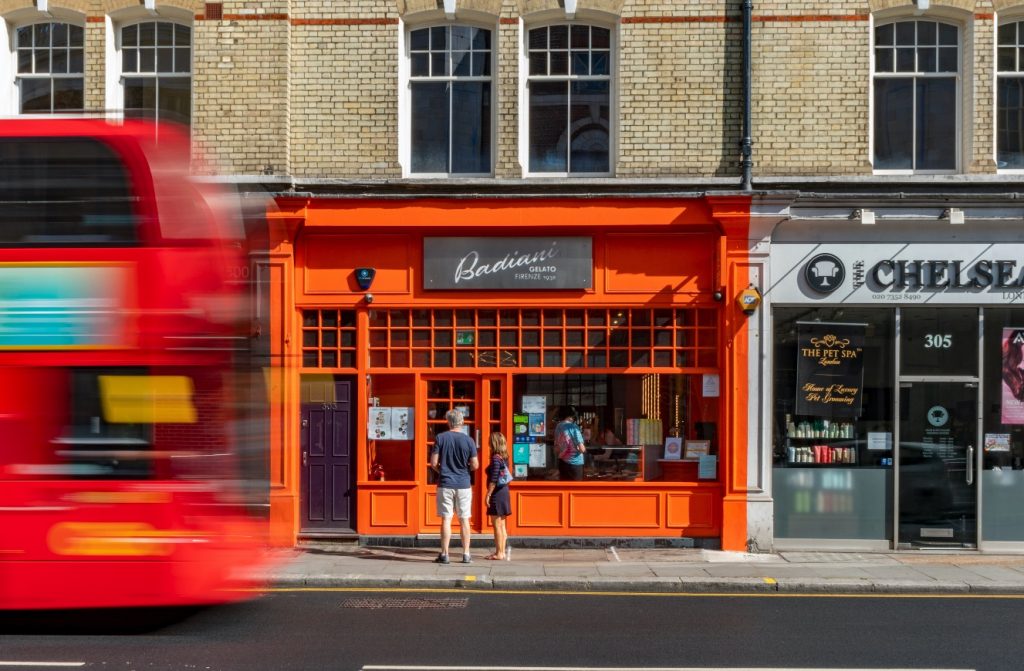 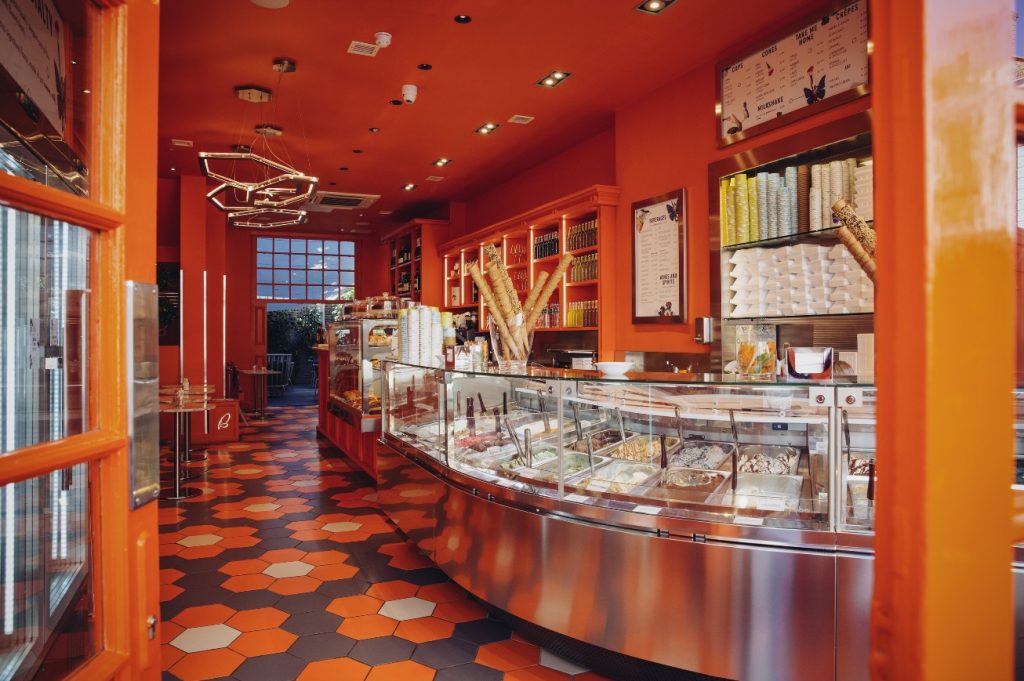 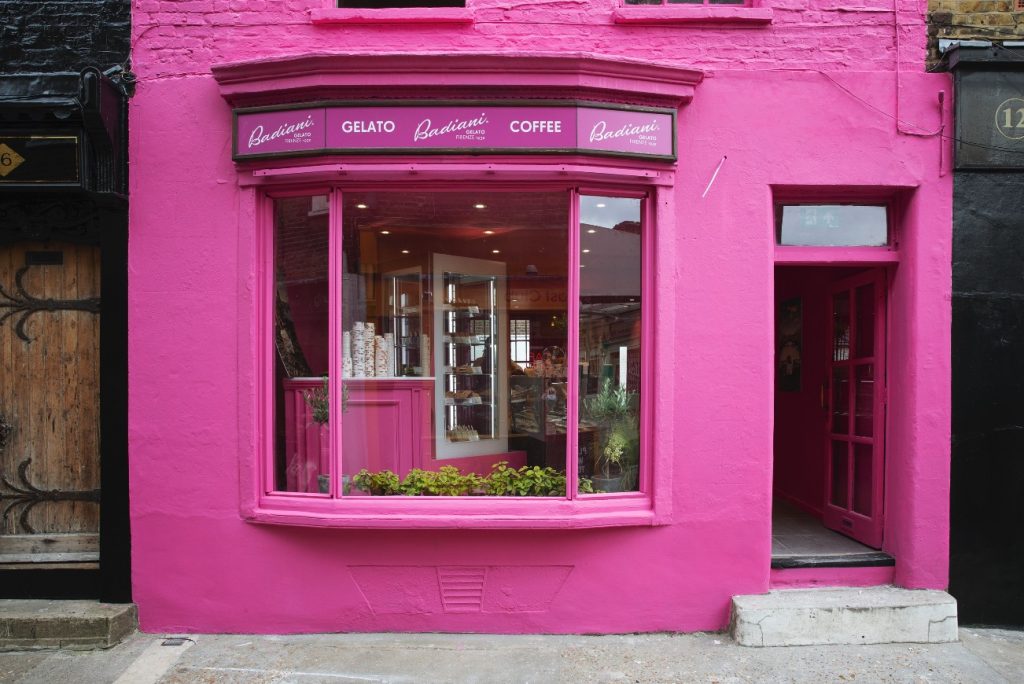 The Badiani store in Camden Passage 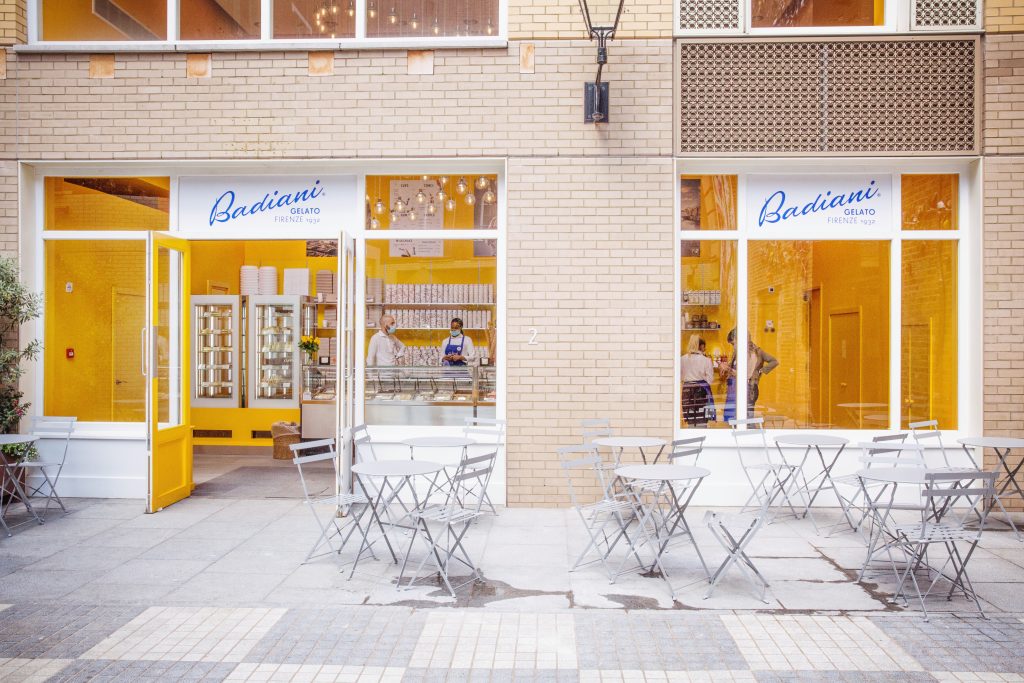 “We have a clear and direct plan to conquer the UK and Spain markets, but with the right partners we are open to looking at the rest of the world,” says Alice Gruni, head of business development at Badiani.

Firm favourites in the London stores, which are frequented by footballers and actors as well as local residents, remain pistachio andBuontalenti, the signature flavour made from cream, milk, sugar and eggs named after the architect Bernardo Buontalenti, who is said to have invented gelato in Florence. In Barcelona, Sant Jordi (cream, strawberries and chocolate) and Barcellona (white chocolate, turmeric and raspberry) flavours were added to the range as a nod to the city, where gelato is delivered door to door in just 40 minutes. Quality is upheld overseas by on-site laboratories in each country, where local ingredients are preferred over imported produce and sustainable solutions are implemented, such as recycled water for cooling systems.

The Florentine company has focused heavily on its brand identity and the look of its stores, whose retro pop vibe has been curated in every detail by Arezzo-based ABA Arredamenti.

“We are delighted to celebrate this important goal of 90 years of company and family history closely connected to Florence,” comments Paolo Pomposi. “We can proudly tell our story and on this special occasion we would like to thank our city, which has given us so much. Badiani’s origins are here and it is certainly also thanks to Florence that we have succeeded on other international markets.”