Strollers in piazza Santa Maria Novella have probably been wondering what the sinuous-shaped vehicle is all about. The sausage-shaped food truck is the work of Austrian artist Erwin Wurm, a leading exponent of international contemporary art, who is displaying his oeuvre at Florence’s Galleria Poggiali starting on September 24. Now unwrapped, the Salsiccia Fat Bus in the square is a clever, albeit provocative draw to the main show.

The lilac minibus in piazza Santa Maria Novella has been equipped for the real-life preparation and distribution of hot dogs, but ironically modified on the outside using polyurethane to make it anomalous. The public can request and consume the food in exchange for a donation, which will be given to an unnamed Florentine charity. 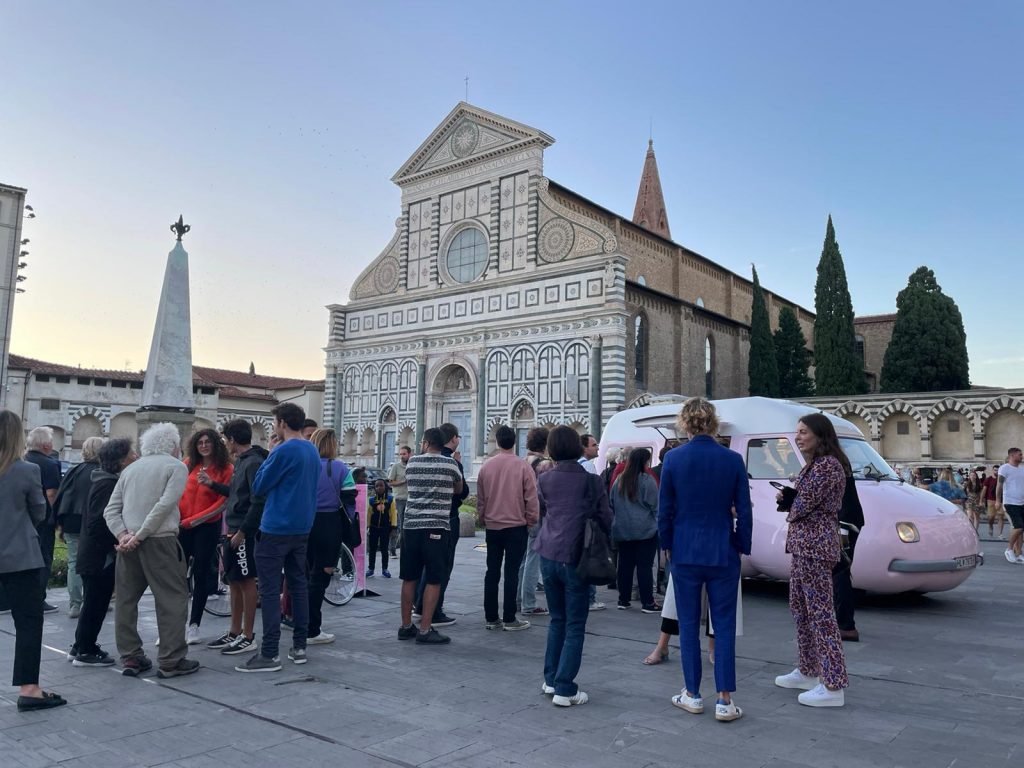 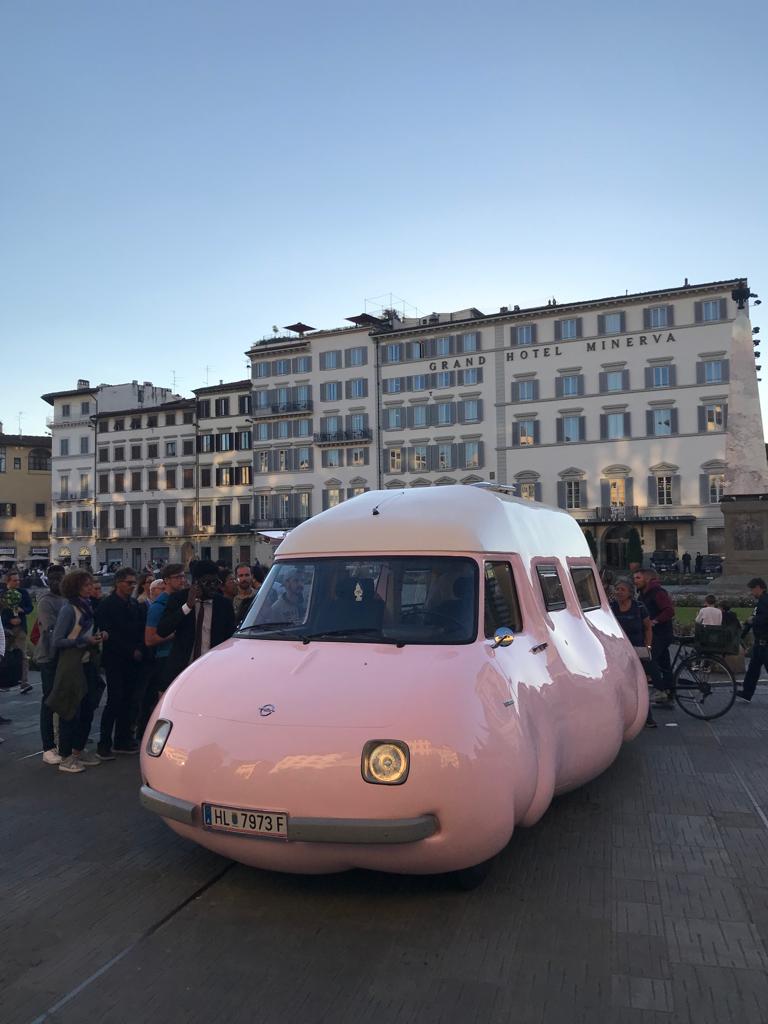 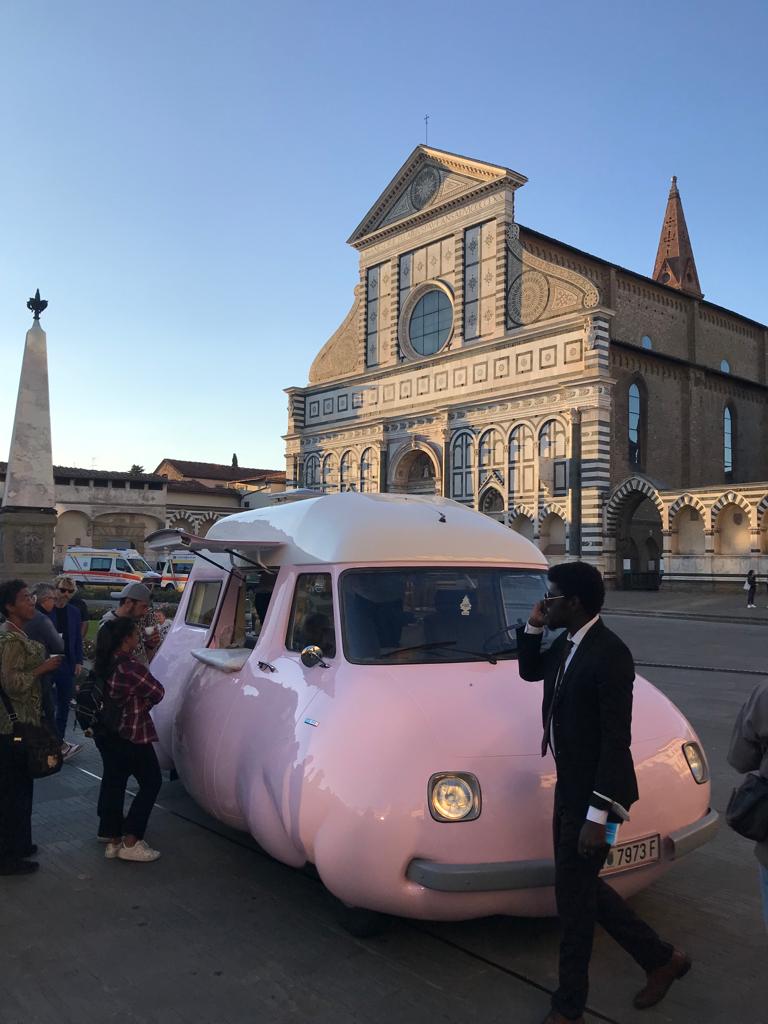 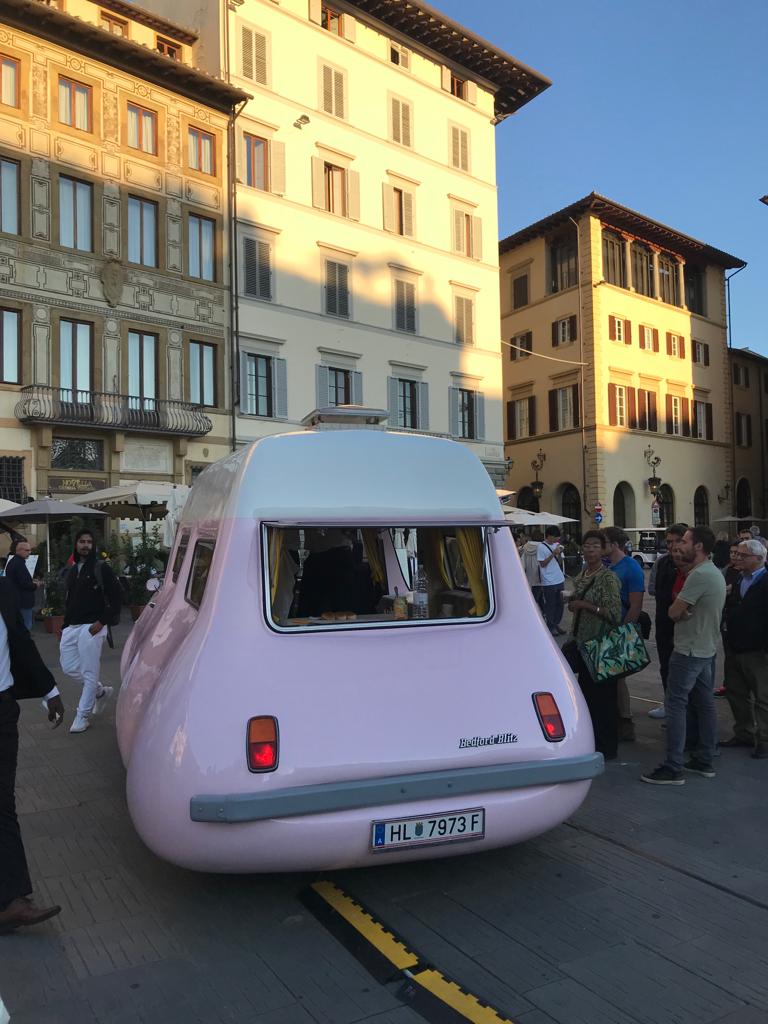 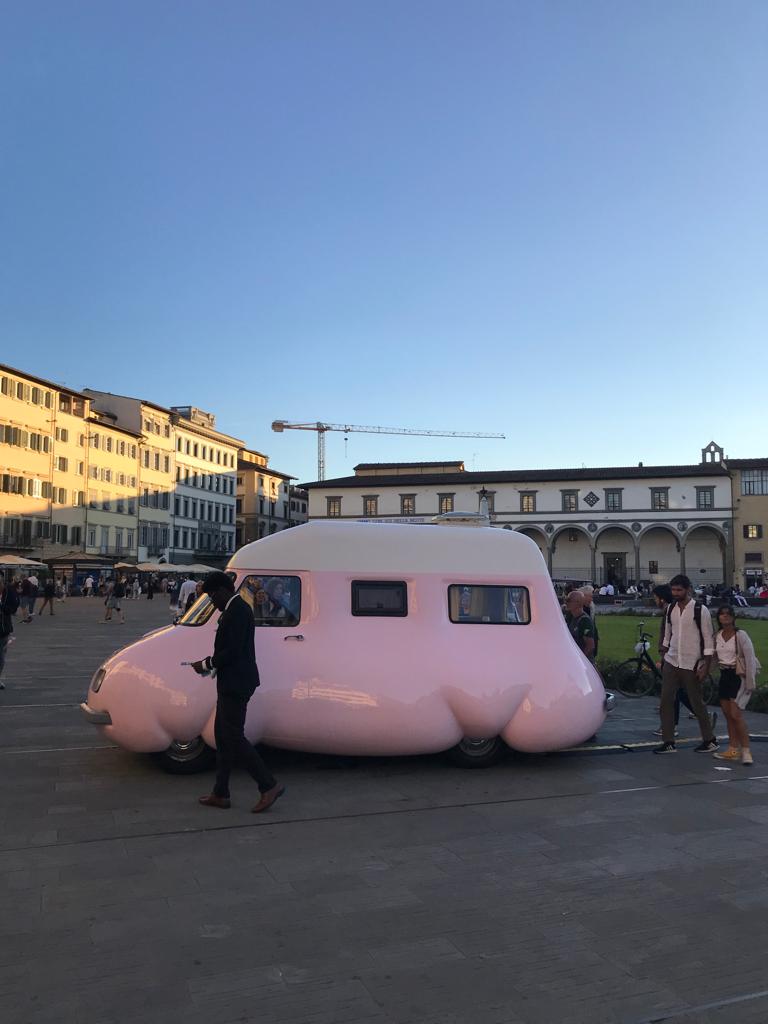 “Processes of change are generally a part of life,” explains exhibition curator Helmut Friedel. “Erwin Wurm became famous for his One-Minute Sculptures,in which he asked ordinary people to hold a particular pose, interacting with everyday objects for just one minute. In this way the figure, the body, is transformed into a different shape, frequently with a rather absurd connotation. All Wurm’s sculpture is synonymous with transformation: matter is transformed into a substrate of the image. In his works, the transformation of the figure also extends to the objects it enters into relation with: cars that are overweight (like their owners), frankfurters that deform the appearance of cars and houses, or that simply kiss each other; a shopping bag that sets off to do the shopping on its own legs. The TRANS FORMAM exhibition offers us an exceptional tracking shot of the facets that these mutations and variations of reality can assume, finding their embodiment in the sculptures of Erwin Wurm.”

Erwin Wurm’s first complete show to be held in Italy comprises 22 works, mostly specially produced and selected to represent the polyhedric quality of the artist’s sculptures, along with a series of oils-on-canvas produced for the occasion. The objects in question are distorted, exaggerated and overblown versions of pivotal aspects of contemporary society, such as cars, junk food, houses and consumerism in general, interpreted with an astute wit by exploding their normal appearance.

In the gallery’s via Benedetta premises, the central area is occupied by the Fat Convertible in iconic isolation. This convertible has been made specially for the Florence show following Wurm’s famous metamorphosis: making it oversized at a length of 4.3 metres, then blowing it up using polyurethane and decking it out with mirror-finish cast aluminium bodywork and acid green interiors. This work is the synthesis of Erwin Wurm’s poetics, unequivocally hallmarking his production on the global art scene.

The exhibition has a museum-style layout in which the sculptures in various materials—marble, aluminium, bronze, Murano glass and cement—alternate with paintings bearing the iconic words of the show, which are also inflated so that they are only just legible on the surface. Particularly striking are the paintings with the words salsiccia, gelato and salame written in Italian, the first ever made using these terms, produced especially for the show.

The show in via della Scala and via Benedetta will run until March 18, 2023. 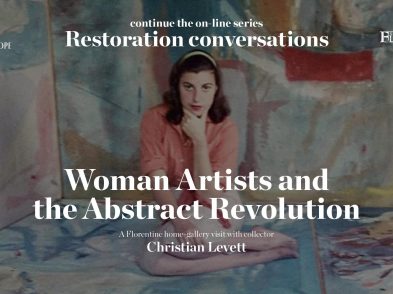