In July, extreme drought conditions led Tuscany to declare a state of emergency, following five other northern provinces that already made the same announcement.

Temperature records in late June were shattered by record-breaking ones, measured in whole degrees and not just by decimal points. Increasing periods of hot temperatures and droughts, a direct result of human-caused global warming and climate change, create a cascading effect of problems. This summer clearly demonstrated that the climate crisis has arrived in Florence and Tuscany.

Unfortunately, this pattern of heat and drought is likely to continue for the foreseeable future. The world-leading Climatic Research Unit at East Anglia University projects that Tuscany’s average maximum temperatures will increase by over half a degree centigrade per decade. Half-degree increases do not solely lead to proportional, slightly warmer temperatures, but create further cascading, and often compounding, complications.

The food system in Tuscany is particularly susceptible to dangers associated with extreme weather. While the arid Mediterranean climate is well-suited to many varieties of crops, the hot and dry conditions that Tuscany experienced this summer is outside the norm. Higher temperatures led to greater evaporation and plant transpiration, creating a sun-baked state that upped demand for irrigation in an already water-stressed region.

Farmers in Tuscany are on the frontline of the new climate reality and growers are making plans and implementing changes to mitigate the damage caused by rising temperatures and longer periods of water stress.

Jacopo di Battista, owner and director of Querceto di Castellina, has experienced the shift in Tuscan summers on his vineyard near Castellina in Chianti. According to Di Battista, when his career in winemaking was just beginning in 1998, it was often difficult to make wines that had 13% alcohol volume because there were not enough hot days for the grapes to ripen sufficiently to develop the requisite sugar content. However, the heat in recent years has accelerated the ripening process. This August, Di Battista bottled his first Merlot with 15% alcohol. He also predicts that his grape harvest will occur over a week earlier than previous years. “I have seen a drastic change in wine production because of global warming,” he said.

Querceto di Castellina, like many other wine estates in central Italy, has implemented changes to adapt to this new normal. Jacopo now uses a different system for training the vines to allow for more airflow and to keep the vines cooler. They are also attempting to focus on varieties that grow fast, are drought resistant, and develop deeper roots.

While Di Battista noted that the grapes at Querceto di Castellina are in good shape for harvest, other vineyards in the country will not be as fortunate. The grape harvest across Italy is projected to be down approximately 10% from last year, due to prolonged heat and drought.

Other crops throughout Italy are faring less well, ANSA news agency reports. Fruit and dairy are down by between 15 and 20%, wheat and rice yields 30%, and corn and animal feed 45%.

What will the future hold for Tuscany?

Climate change is complex and its effects are often not linear. Even an incremental rise in temperature will likely lead to an intensification of Tuscany’s traditionally arid climate. According to the Climatic Research Unit, the impact from water stress will probably extend beyond agriculture into industry, tourism and the rural economy as a whole.

Our future climate is not yet set in stone and immediate action can help reduce harm. These measures must be individual and collective, encompassing governmental and corporate initiatives. In 2020, Florence developed a Climate Adaptation Plan and, in 2022, the city received tens of millions of euros to make schools and sporting facilities more energy efficient and to create a massive new park that will have a climate change education component. Mayor of Florence, Dario Nardella, is also focused on projects to develop infrastructure to facilitate low-carbon travel and install low-emission zones that will improve air quality.

While Florence’s sustainability targets are laudable and ambitious, alone they are not enough to mitigate the effects of climate change. Individual action is also critical. Choosing low-carbon methods of travel whenever possible is one of the best ways we can individually mitigate climate impact. Additionally, holding companies accountable through demanding transparent accounting of their carbon footprint is a collective action that can have a big impact. You can have an impact on Tuscany’s future every time you eat when you choose to buy from farmers who use climate-smart and water-conserving growing practices.

This summer provided Florentines with a glimpse of the future. We are living in the small, critical and precious window of time where we know what the impacts of climate change are, but the window is closing and immediate action is required. The future is still unwritten.

“On August 18, a storm laid siege to central Italy. Winds of up to 150 kilometres per hour ripped through Tuscany, causing two deaths in Lucca and Carrara, injuries requiring hospital treatment, extensive damage to property and power outage. As many as 300 pine trees were blown down in Marina di Carrara. This extreme weather event was not the only effect of climate change seen in Tuscany’s weather systems this summer. As a result of an extended spell without rainfall, wildfires caused people to lose their homes near Lucca and Grosseto, and put the region’s firefighters to the test before eventually getting the situation under control. As the summer comes to an end, electrical storms, downbursts and hail damage are increasingly becoming the norm. Stay informed: take heed of the weather warnings issued by the Tuscany Region.” 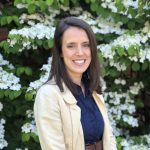 Mary Riddle is a freelance writer and sustainability consultant with an M.Sc. in Sustainability. She owns and operates Italy in Season, a subscription box company with a mission to connect Italian artisans with new global markets. Follow her on Instagram: @iammaryriddle or @italyinseason.