Find out about 5 different locally produced cheeses to taste this fall and learn about where they come from.

Tuscany has long been a favorite destination for wine lovers, but the region also offers turophiles a bounty of cheeses to taste and explore. Pecorini are the most prevalent, but within this category of sheep milk cheeses (pecorino derives from the Italian word for sheep, pecora) are a wide range of varieties with different textures, ages and flavors. From the historic Marzolino, which is named after the month of March, marzo in Italian, as production traditionally began in the spring and which Michelangelo requested his nephew send to him when he was in Rome, to blue and bloomy rind pecorini, there are styles to suit an array of cheese-loving palates.

Goat, cow and even water buffalo milk cheeses are also produced in Tuscany today, so the possibilities for varied (and Instagrammable) Tuscan taglieri are vast! Just be sure to take your cheese out of the fridge at least an hour before serving so it comes to room temperature (cold dulls the flavor and impacts the texture). Here are five of my top picks for Tuscan cheeses to enjoy this fall.

Truffle cheeses are in high demand, and the award-winning Cacio di Venere from Caseificio Il Fiorino in the Maremma is a definite standout. This beautifully balanced pecorino is infused with Tuscan tartufi bianchetti sourced from the hills of San Miniato. The cheese is aged for eight to ten months, initially in refrigerated rooms and then on wooden boards in the Grotta dei Fiorini, the caseificio’s natural cave in the town of Roccalbegna on the slopes of Mount Amiata. The richness from the organic sheep’s milk used to make Cacio di Venere, together with the heady aroma and earthy flavor of the truffles, is a union that Venus would surely approve of!

Il Fiorino was founded in 1957 by Duilio Fiorini, and today is managed by his daughter, Angela, and her husband, Simone Sargentoni. Only a select few of their cheeses are aged in the grotta, which offers a distinctive microclimate that influences flavor and consistency. Il Fiorino’s excellent Riserva del Fondatore, developed by Angela and Simone as a tribute to her father, also matures in the cave for a minimum of one year, and is another cheese I highly recommend. 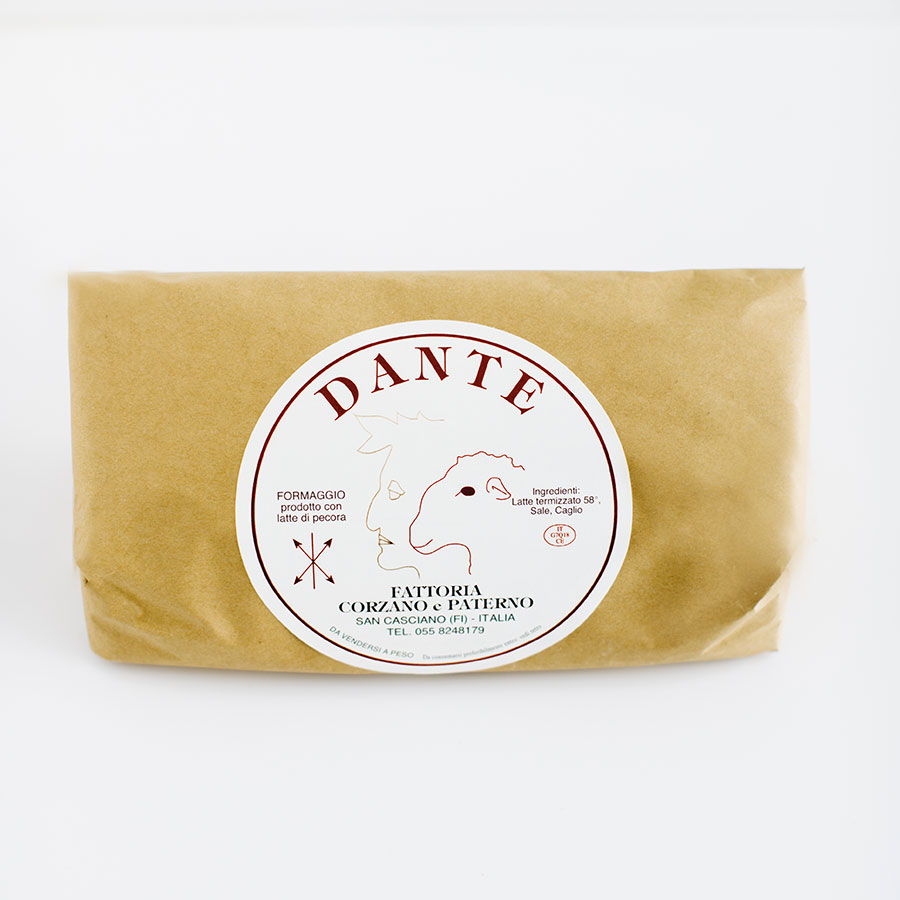 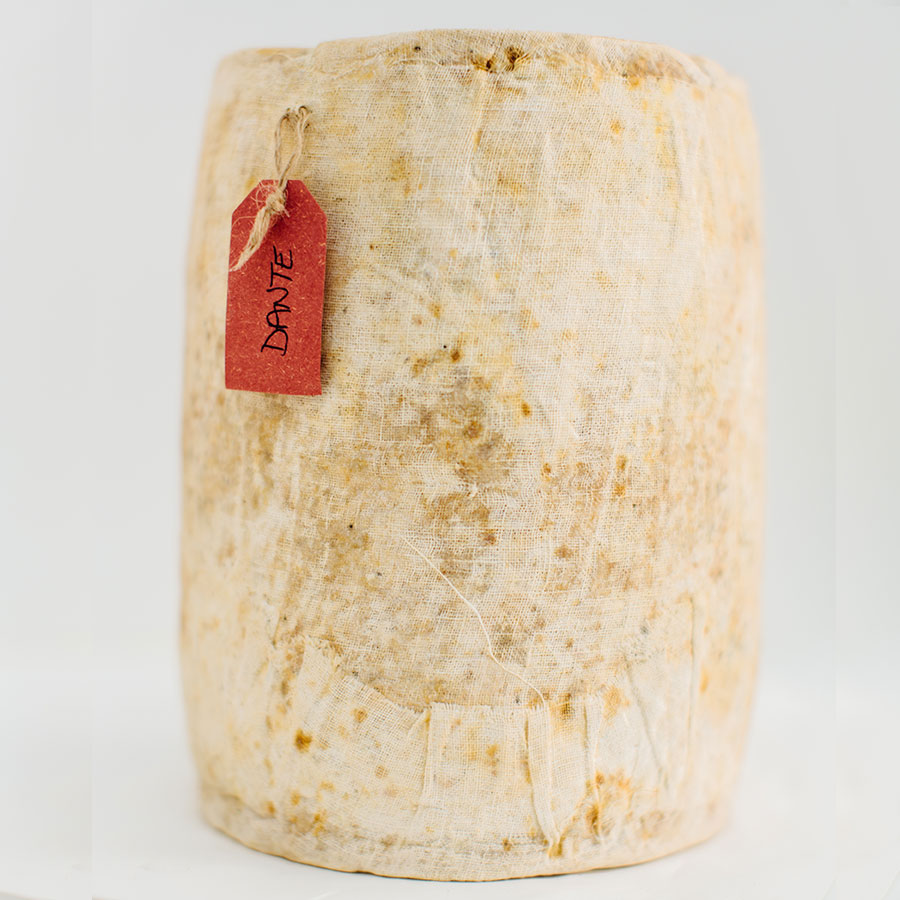 With a name like Dante, a cheese has a lot to live up to, but this unique pecorino from Corzano e Paterno in San Casciano does not disappoint. Talented, charismatic cheesemaker Antonia (Toni) Ballarin was born in Venice and raised in London, then settled in Tuscany after meeting her future companion, with whom she had five children. It was during that time that she began her adventure with cheesemaking at Corzano e Paterno, learning the basics with a local Sicilian woman. She opened the dairy about 30 years ago and went on to invent a range of original farmstead sheep milk cheeses that are widely acclaimed and internationally recognized.

Dante (which is the name she would have given a sixth child!) reflects her half-Italian, half-English background: inspired by a renowned cheddar maker in the UK, she coats the six-kilo cylindrical wheels with layers of lard and linen, then ages them for eight months on wooden shelves. She uses only the best spring milk from their flock of sheep, so the cheese is available just a few months each year. It’s buttery and crumbly, with a moist texture and sweet notes of caramel. Divine!

The name of this brie-style pecorino translates to flowering or blooming, and refers to its edible, silky white rind (also known as a bloomy rind). One of the more recent creations from SALCIS, a caseificio and salumificio in Siena, Fiorita is a pudgy round with a soft, creamy and decadent interior. Serve it with crisp crostini and a sweet but zesty pumpkin mostarda for a perfect fall pairing.

Armando Morbidi was one of the original founders of SALCIS in 1941, when a group of Sienese cured meat makers formed a cooperative during World War II. They began making sheep milk cheeses in the 1960s, and today Armando’s grandchildren are at the helm. Milk is sourced from local shepherds in the surrounding area of the Crete Senesi, as well as the Morbidi’s own flock of about 1,400 sheep. The family’s gastronomia and bar in the heart of Siena is a lovely spot for lunch or an aperitivo when visiting the medieval town.

La Maremmana owner Guido Pallini recalls when the caseificio first began making mozzarella di bufala with milk from his family’s herd of water buffalo in southern Tuscany in 2013, they faced quite a bit of skepticism. “Everyone thought it was only possible to make a good quality mozzarella di bufala in Campania,” he told me. But they succeeded in winning people over as more and more tasted the cheese, and now their dairy products are sold and appreciated throughout Tuscany as well as abroad.

La Maremmana also produces an array of other delicious buffalo milk cheeses, both fresh and aged. Their Francescano (the name is a tribute to cheesemaker Francesco) is one of La Maremmana’s most popular cheeses, and for good reason. Matured for an average of six months, Francescano is robust and complex, with a balanced acidity and slightly crumbly texture. Savor it on its own or drizzled with honey.

Il Rosso from Fattoria Le Caprine in Gambassi Terme is bold and beautiful, both in flavor and appearance—the rind is washed with brine and begins to take on a reddish hue as the cheese matures. Made with raw milk from the farm’s herd of about 100 goats, Il Rosso is meaty, a bit stinky, and my kind of chilly weather cheese. Pair it with dried fruit, walnuts and red onion marmalade on a cheese board, or take cheesemaker Michela Bisanzio’s suggestion and melt it into risotto or atop crostoni.

All of the artisanal cheeses produced at Le Caprine are made with raw goat’s milk and available seasonally (it’s aged a minimum of 30 days and production ends in early November). The small farm is run by Michela and her husband, Matteo, who tends to the animals, and their partner Raffaele D’Agostino, who manages the wine and oil also produced at Le Caprine.

Perfect pairings: a guided tasting of cheeses and wine

Join us for a special event hosted by World Cheese Awards judge and journalist Kristine Jannuzzi (@nyccheesechick) and Italian wine scholar and Formaggioteca owner Rebecca Gouttenoire, in collaboration with The Florentine. The ladies will lead us through a tasting of six cheeses from six different Italian regions, paired with three wines from northern, central and southern Italy. They’ll also share tips on how to build a fabulous cheese board, as well as must–have formaggi and vini for the holidays. This is an evening you won’t want to miss! 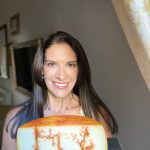 Journalist and cheese specialist Kristine Jannuzzi first fell for "formaggio" on a trip to Florence some 20 years ago. A three-time World Cheese Awards judge, she currently hosts private cheese tastings and experiences in Tuscany. Kristine earned her BA in Journalism and Music Theory & History from NYU, and has written for La Cucina Italiana, Culture, and Listen Magazine, among others.