In this month’s column, financial expert and ten time New York Times bestselling author David Bach chats with renowned art historian Elaine Ruffolo about cultivating digital entrepreneurship for culture and her unifying experiences for the international community in Florence. The conversation took place at the Empireo American Bar on the rooftop at Plaza Hotel Lucchesi.

David Bach: Elaine, it is such a thrill to be here with you. When our family moved here, people said to me that the first thing we had to do was to go on one of your tours. You did a multi-day tour and made it incredibly interesting week after week. What brought you to Florence in the first place?

Elaine Ruffolo: Like so many other people, I came as a graduate student intending to stay for maybe two years, or three, if I was lucky, and I just kept falling into positions that allowed me to stay longer. Those were the days when it was relatively easy to get your working papers. I got a job with Syracuse University, where I studied to run the field study program, which was just perfect because it allowed me to travel from north to south. That’s why I feel comfortable going to Venice, Rome, Arezzo or wherever. I was trained by this great art historian named Rab Hatfield, who taught us in graduate school that it’s not just about looking at a work of art in terms of style or beauty; it’s by looking at the work of art and figuring out the context in which it was made. I always say follow the money and what was going on economically. Nine times out of ten, you’ll see a reflection in the art. That’s called social art history and that’s what you learn in situ in Florence.

When did you go off on your own doing touring, guiding and private consultations?

I always did that, even when I was working at Syracuse University because I found it interesting to teach adults. I did programs for the Smithsonian, Yale Alumni and an old program called Elderhostel. After 20 years of Syracuse University in Florence, it was time for me to move on. And so, I went out on my own, nervous, thinking, Okay, I’m not going to have my regular paycheck or my position. Things went very well and then Covid hit.

You were literally as busy as you could be pre-Covid. We’re locked down, tours obviously stop and you didn’t know when they would start again. How did you manage?

That was a pretty big shock. I remember my daughter coming home from the International School, saying, Mommy, we’re home for the next month. Little did I know that it was going to be a lot longer. I teach my adult art history class for expats, which was going to stop as well. All the plans that I had for Spring 2020 were just cancellation after cancellation after cancellation. I can still remember thinking, Am I going to sit on my hands? What am I going to do? I watched a presentation by The British Institute on something called Zoom. I took a moment and thought, How can I do Zoom? I figured out how to work it and then I got talented people to help me out. There was my assistant Narine Mustafaas, Kellen Nelson, and the tech guy at Syracuse, Kevin Barnett. Everyone’s sitting at home, and I said, Guys, let’s try to put this together. Let’s try to make it work. It took two weeks of trying to figure out how to get every contact possible in the past 30 years into a database. The learning curve was so high.

I remember you sent out an email and invited people to attend an online lecture.

I was sitting there, thinking, Let’s try donation-style the way The British Institute is doing. My hope was to get 50 people. The numbers went up, up, up. You could see that on Zoom. The first time I had something like 525 people.

You had more people on Zoom than you could ever have had on a tour. Then you reached out to me for coaching about going online.

You gave me all kinds of ideas about how to offer different packages. I loved the idea of making it donation-based, but you gave me the idea of doing a patrons’ program: extra content and deals you can give someone if they’re buying in for three or six months. You got me to think big because, at the time, I was thinking maybe it would last for three months. Now we’re going on for two and a half years. The highest number I’ve ever had was 800 people. Just last week, I had 525 again.

Is your business bigger today than it was before?

Ten times bigger. I can’t sit in front of my computer everyday and give lectures, so I’ve taken that audience and offered them in-person experiences. They can come on a private tour, as a group and then I teach a class out of that. It’s been huge teaching four classes specifically on a topic. It’s provided me with this platform to spin off different ideas. What’s inspirational is how much people love Florence, Italy, art and culture. I find that really heartwarming.

What made you decide to go back to doing in-person classes?

It’s my favorite thing I do, but I’m going to continue online too. Not everyone can be in Florence, or maybe there are older people who can’t come back but who like to stay in touch. Because of our community of expats, people want to walk the streets and get to know each other. Around 1470, Florence was probably a city of about 14,000 people. That’s not very big. Everybody knew everybody. And our expat community is small. We get together, we make friends, but also do business. There’s this energy that comes from the class. It’s a community builder. You can’t get that on Zoom.

You also do private tours. We’re booked to do a private tour of the Vatican with you in December. Will you do more of those trips next year?

Yes, they are basically the field trips I did with the students back at Syracuse University, but now they’re spun for grown-ups. We go to Ravenna and follow the trail of Piero della Francesca in Arezzo. I can’t wait to do my two-day Venice trip again, where we do a private visit to St. Mark’s Basilica. I like to do that one just before Carnevale during low season. The trips are always themed, like Baroque Rome, looking at Bernini, Borromini and Caravaggio. If it’s thematic, then people have something to hold it together.

If someone comes to town and they can’t get onto one of your tours, where would you recommend them to go?

If it’s off-season, I would say to go to the Uffizi because it’s walking through the history of art by looking at paintings. Don’t organize yourself into just one museum, think of something like the Medici and go to San Lorenzo, the Medici palaces and San Marco. Or do Michelangelo, and it’s the Accademia, the Bargello and Casa Buonarroti. Another theme could be the artisans of the Oltrarno, who deserve so much credit because they’re the people that make Florence really unique. The cathedral complex is always a really good theme because you can do the museum, the cathedral itself and the baptistery all in one morning.

What are your favorite sights?

This is my favorite view. Right where we are on top of the Lucchesi because you’re in the middle of things. You have this wonderful 360-degree view of Santa Croce and the Duomo, all the way around. Otherwise the best view (it sounds so clichéd!) is piazzale Michelangelo.

What are you happiest about right now?

What are you most looking forward to?

I’m looking forward to getting back to my art history class for expats, but I’m also trying to figure out how I’m going to go forward with the online program. Maybe I’m thinking big, but I’d like to segue into a show like Stanley Tucci did on Italy. It’s grand and, of course, I’m not Stanley Tucci, but there could be an interesting audience for Florence. Not just art history because I don’t want it to be a BBC special, but the four different neighborhoods of Florence, looking at the art, the history, the monuments and architecture, as well as the people of the area. Artisans. Cool people that you might meet. Expats, but also Italians. Maybe a Netflix special! I’ve got to work on something called a sizzle reel!

You’ve toured a lot of celebrities, politicians and titans of industry. Can you share some of those memories?

In terms of politicians, I took Justice Kennedy around just after he wrote the decision on gay marriage. And Justice Rehnquist. Pearl Jam was really fun. Actors like Mel Gibson, Daniel Day-Lewis and Robin Williams. At first I get stars in my eyes, but then you realize they’re just like everybody else. They’re curious about Florence. Bette Midler was just so cute. She just kept raising her hand: call on me. It was adorable. Oh, and Sting! One of the things I’ll never forget about Sting is walking down the main hallway of the Accademia privately with him, his wife, Trudie, and Bob Geldof, and he hummed. He was just singing under his breath as we walked towards the David. I remember thinking, Wow, this is Sting, singing next to me. It was amazing. 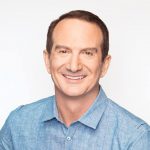 David Bach is an internationally acclaimed financial expert and ten times New York Times bestselling author. He lives in Florence with his wife and children. 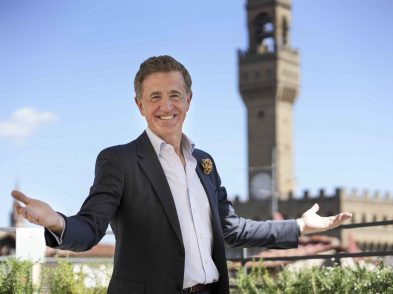 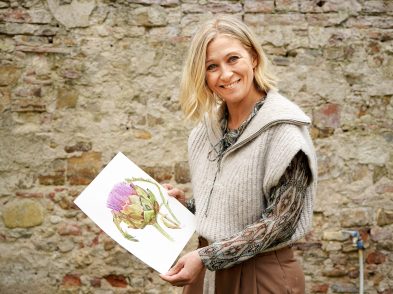 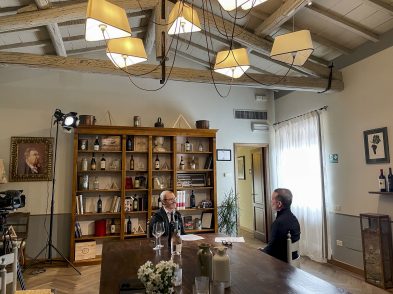 David Bach interviews the president of Ruffino, Sandro Sartor, about reconciling identity and innovation in the wine world.