November 25 globally marks the day dedicated to awareness towards gender-based violence towards women. A perpetually relevant issue, this day is meant to raise women’s voices and condemn all forms of trauma imposed on women including but not limited to domestic abuse and sexual assault.

On Saturday morning, November 19, there will be a city wide walk throughout the center of Florence in support of fighting against violence against women and the continuous commitment of city leaders to eliminate it. Starting from different locations in each of the five districts of the city, the final destination of the walk is a red bench placed in piazza Signoria. The red bench (one of several that can be found in the city throughout the week) acts as a symbol of the ongoing fight for women facing violence.

From November 23-27, the 43rd edition of the festival is marked with the theme of A Thousand Faces of Violence, screening films that focus on gender-based violence, racial discrimination, intersectionality, and women’s issues from a global perspective. The program of events will take place at Deutsches Institut, Institut Français, and Cinema La Compagnia.

Hosted by Versiliadanza as part of their Effetto Donna-Dialoghi Taciuti series, the event at 9pm on November 23 is in dedication to the late Michela Noli, who sadly lost her life to domestic violence.

On November 25, Museo Novecento is hosting several events in support of the International Day for the Elimination of Violence Against Women. One of which is an exhibition by Julia Krahn titled St. Javelin. The themes of the exhibition will explore the intersection between religion and violence with a focus on the Ukrainian war. The Die Taub photo series features images that touch on the themes of The Last Supper. Another part of the exhibition will involve an installation of 10 flags featuring images of Ukrainian women refugees. These flags are meant to act as a message of resistance and peace. The second installation hosted by the museum will be a Die Taub photo series featuring images that touch on the themes of The Last Supper. Lastly, there will be a public talk by the author of Arte e femminismo, Paola Ugolini.

Starting from November 25, supermarket chain UniCoop is producing special edition labels for their UniCoop branded semi-skimmed milk that will have 1522 on them, which is the 24 hour nationwide hotline for reporting violence against women. There are also canvas tote bags available for purchase of which UniCoop will donate 50 cents for each bag sold to associations working to help women who have experienced violence. This campaign stretches beyond just one day, however. Over the following months, UniCoop will be producing new product labels that will feature the 1522 phone number on ingredients lists, receipts, shopping carts, refrigerators and other places to be found during the shopping experience.

Following the official International Day for the Elimination of Violence Against Women, November 26 marks the opening of Casa Lastra. The Artemisia center for anti-violence is opening a housing space for women and children who are escaping domestic violence. The safe haven will give a home to those in need while helping them get back on their feet and safely re-immerse themselves back into society.

The University of Florence will host a public demonstration in support of the victims of femicide- the intentional murder of women and girls due to their gender. In Piazza SS Annunziata, over 100 community members of UniFi including students, professors and administrators will participate in the event. On the evening before the event (November 24), the rector’s building in Piazza San Marco, will light up in red- red being the official color of the day.

Local libraries have a lot of events to check out for the International Day of the Elimination of the Violence Against Women. The list of events includes talks and book presentations. 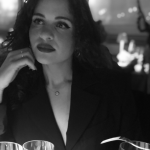