The Uffizi has announced plans to open a restaurant and bakery in the royal post office wing after three and a half years of restoration.

Situated on the ground floor of the Uffizi, behind the Loggia dei Lanzi, the 19th-century building, known as the Reali Poste, will reopen to the public as an Italian eatery for all-day dining in the coming months; no specific date has been mentioned.

“This won’t be yet another restaurant, but an addition to the museum experience,” commented Eike Schmidt, director of the Uffizi Galleries. “Also open in the evening, this space between the Uffizi and the outside world will blend culinary delights and the refined 19th-century architecture of the Reali Poste. The reason for this is to remember the unification of Italy. In addition to Tuscan fare, the restaurant will also serve meals from the various regions of Italy, just like the artworks in the museum.”

The wing will also maintain its function as an exhibition space, displaying a selection of the gallery’s works on a rotation basis. Italian Minister of Culture, Gennaro Sangiuliano, remarked that this “combination of culture and good food is what has made Italy great in the world and it is natural that it will be re-proposed at the Uffizi, in a context of great prestige, which is being returned to the community after years of closure”.

Erected in 1866, when Florence was the capital of Italy, the royal post office ceased operations in 1917. The innovative iron and glass design was the work of architect Mariano Falcini, who took inspiration from Les Halles in Paris and Galleria Vittorio Emanuele II in Milan. In recent times, the wing has been used for storage purposes. 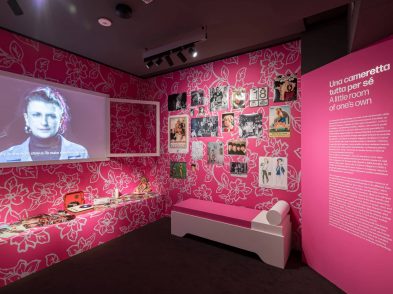 5 exhibitions to visit this winter in Florence

Check these art exhibitions in Florence off your list during the cold months.