Best events in Florence this June

Florentine traditions mark the Feast of San Giovanni (the city’s patron saint) on June 24 with fireworks and Calcio Storico (historic football) in piazza Santa Croce. Estate Fiorentina kicks off the seasonal festivities, Toscana Pride is celebrated in Livorno on June 18 and the community continues its ever-active programming.

Here’s our line-up of best events this June

The 33rd edition of the popular dance fest is titled Indossare L’arte (Wear Art), with art’s ability to heal, restore and regenerate celebrated through artistic and theatrical dance performances. Under the artistic direction of Marga Nativo and Keith Ferrone, a circular stage immerses audiences in the dance, music, opera and educational shows, with international guests like flamenco dancer Israel Galvàn presenting his award-winning L’età d’oro (The Golden Age). Talented dance groups and choreographers feature both well-known and new stars from countries all over the world. FLODANCE 2.0 perform a piece titled 1943 that reflects on Italian soldiers sent to war and Parisian company Cie Rue Serndip wows with special guest, Sicilian soloist Andrea Marino. As part of the programming, the Florentine Chamber Orchestra plays a tribute to Coldplay, and an evening dedicated to the Meyer Hospital ONLUS and La Milanesiana will be held with Elisabetta Sgarbi. Tickets cost from 10 to 30 euro.

Cloister of the Basilica of Santa Maria Novella 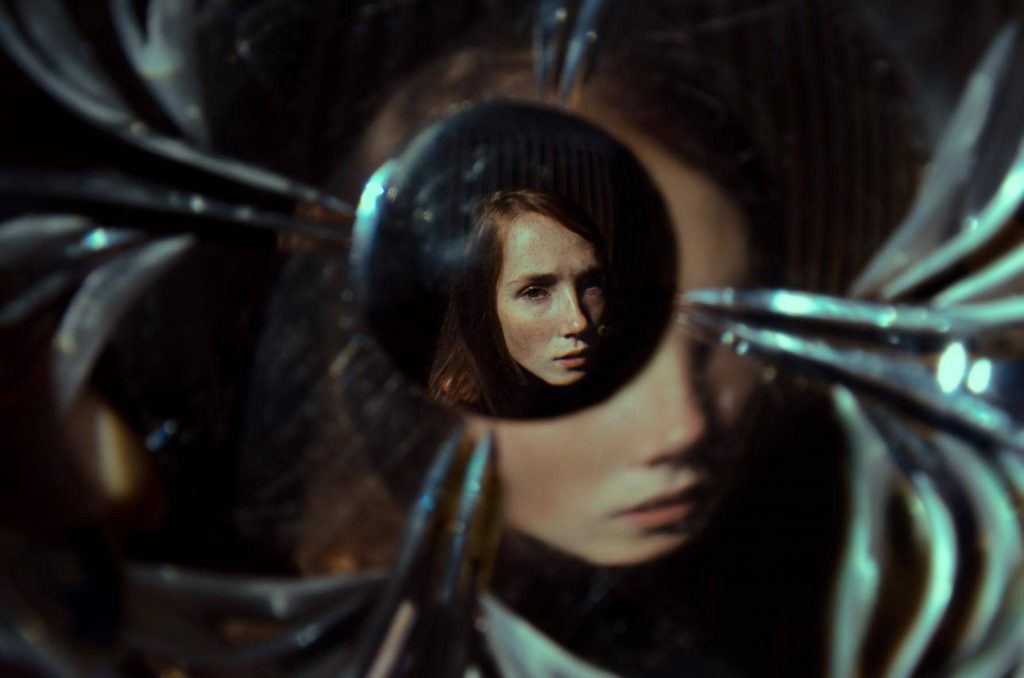 Federica Belli The Lens (Through Which We See Ourselves)
PHOTOGRAPHY

Fotografe! From the Alinari Archives to today

An ambitious new project places photographers at the centre of a unique exhibition shared between two of the most spectacular spaces in the city. Works from the Alinari archives create a path that goes from the 20th century to the present day, combining initial photographic endeavours with contemporary experiments. Various themes guide the journey through different eras, places, and social contexts. 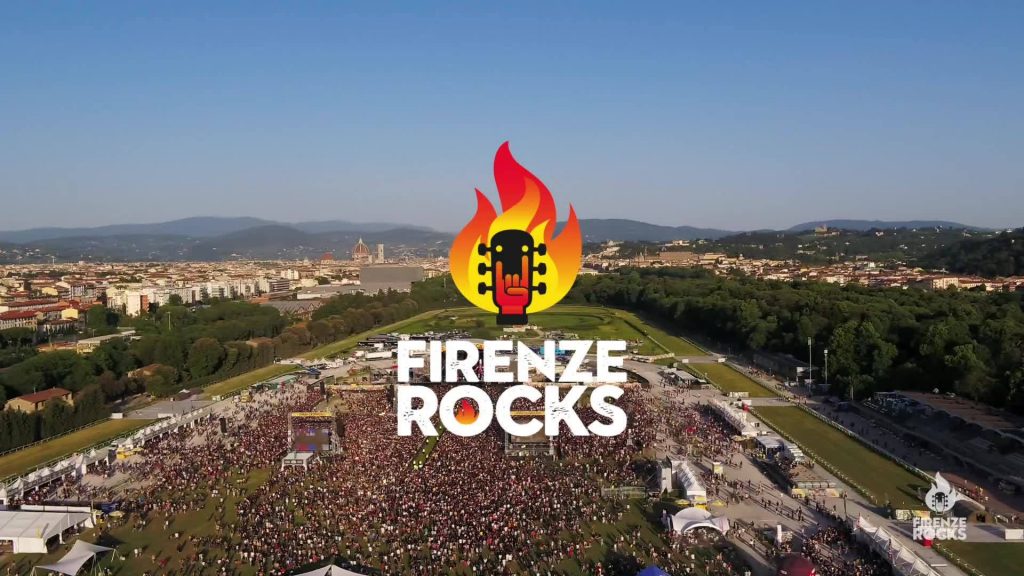 Said to be the largest music festival in Italy, the third edition of Firenze Rocks rosters rock giants like Green Day, Weezer and Muse (June 16), Red Hot Chili Peppers (June 18), Metallica (June 19) and many more, bringing international rock acts to the city for four days of beats. Tickets from 63.25 euro. 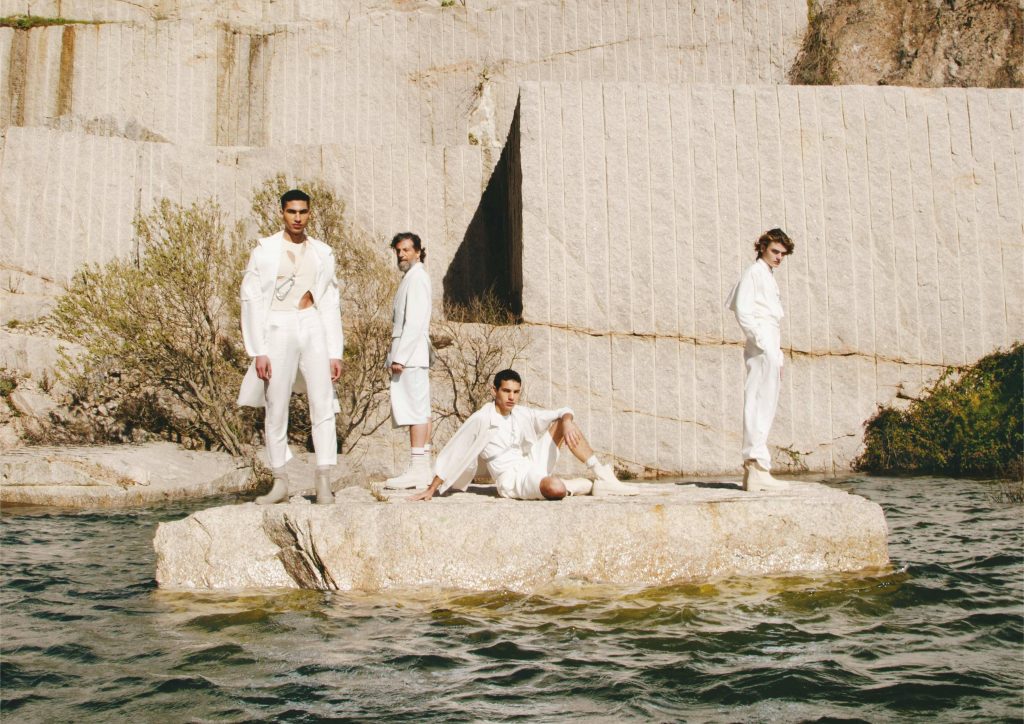 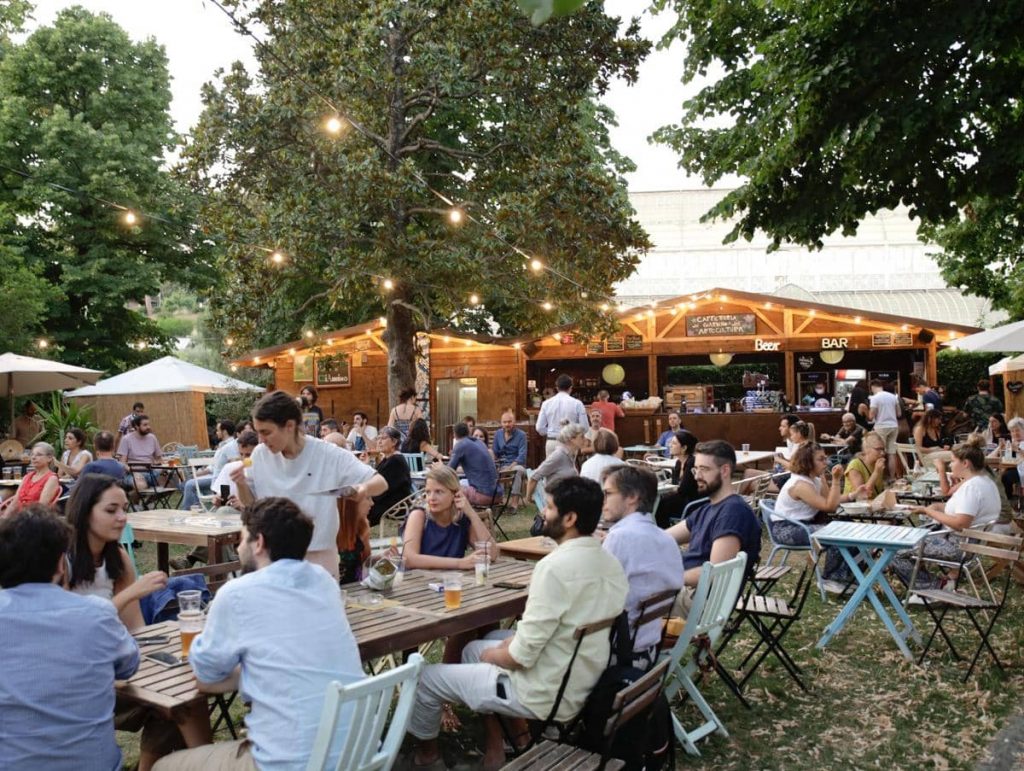 The city sets itself up for a spectacular summer with four months of activities making up the seasonal programme from June 1 to September 30. 15 festivals, 137 projects, 118 widespread events, 3 special projects and 14 summer spaces ensure there’s never a dull moment in the city and surroundings as the sun comes out to shine. 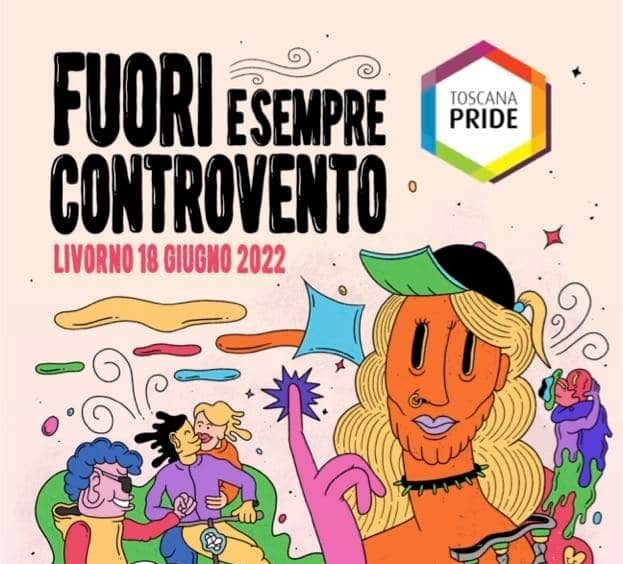 On June 18, the annual manifestation for LGBTQIA+  pride takes to the streets of Livorno to reclaim rights and put pressure for laws against homo-lesbo-bi-trans-a-phobia. Following two years of absence, Livorno is expected to see thousands, with a series of events making the occasion. 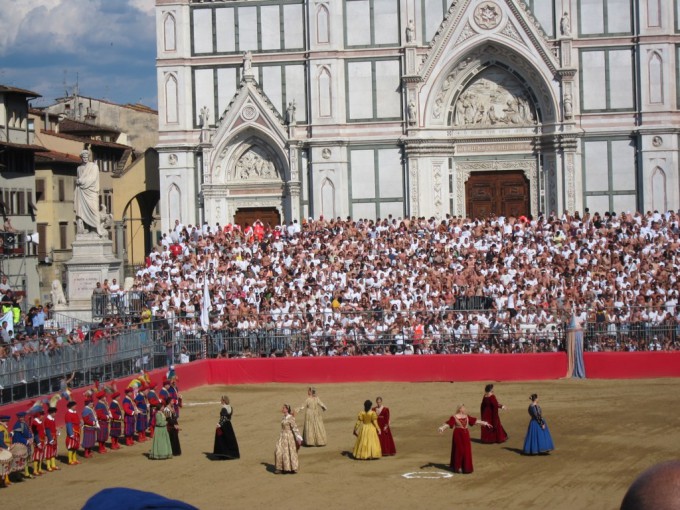 The patron saint of Florence, San Giovanni (Saint John the Baptist) is celebrated with fireworks and festivities all over Florence, with the luminescent display set to go ahead this year following a two-year break. A concert is planned for along the Lungarno, and the costumed calcio storico (historic football) will be held in piazza Santa Croce. 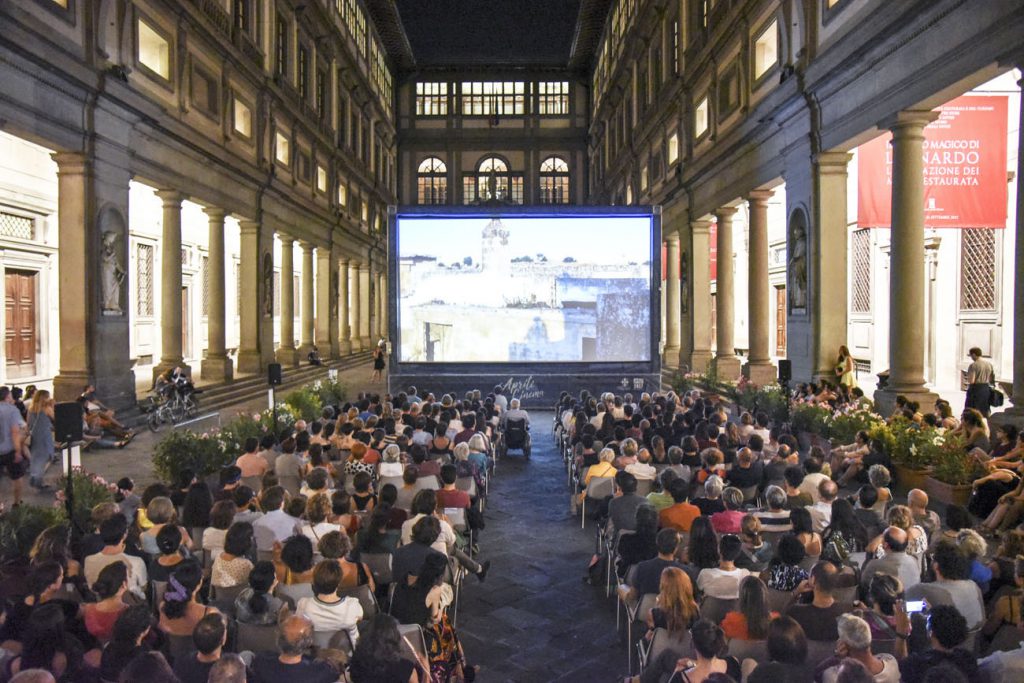 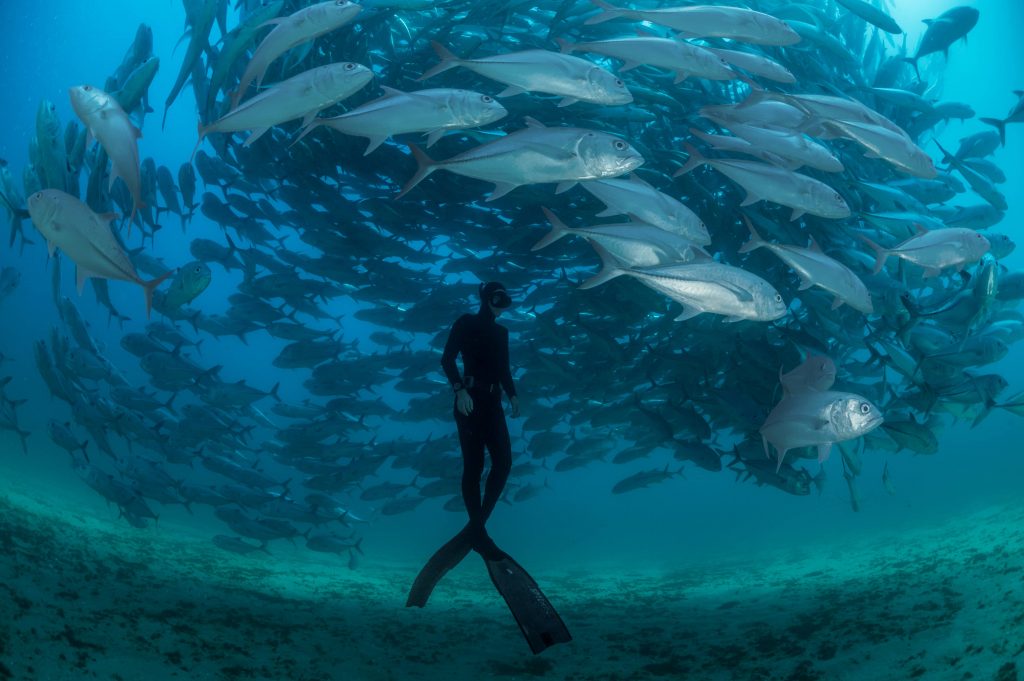 The British Institute of Florence hold their Wednesday Lecture Series at 6pm at the Harold Acton Library (lungarno Guicciardini 9) both in person and online. Director of the Medici Archive Project Alessio Assonitis speaks on June 1 about ‘The Melancholy of Grand Duke Cosimo III’ with Marcello Simonetta speaking about ‘Machiavelli’s Florence, seen through the letters to his friends and foes’ on June 8, and Margaret Zaho gives a lecture titled ‘David in Florence’ on June 22. The Music al British series continues at 6.30pm on June 16 with scenes from Pagliacci and Il Barbiere di Siviglia, music by Ruggero Leoncavallo and Gioachino Rossini, in collaboration with Mascarade Opera Studio, and Salvador Sanchez gives a piano recital from 6.30pm on June 30. Tishani Doshi, author of A God at the Door and Small Days and Nights comes to the library from 6.30pm on June 28.

Sotto al British (lungarno Guicciardini 15) have a packed programme, with an enriching line-up of locals. This month, the Talk Tuesdays series looks at ‘Queer Dating in Florence’ at 6pm on June 7, with Kali Swaid, Nina Peci and Vincenzo D’Angelo in conversation with Marisa Garreffa. June 21 explores ‘Projecting Florence’ with digital artist David Hartono, and author Annette Joseph speaks on June 28, presenting her latest book My Italian Guestbook: Delicious Stories of Love, Laughs, Lies, and Limoncello in the Tuscan Countryside. Social life drawing takes place with Tom Byrne every Monday from 6.30-8.30pm, while the Songwriters Circle is held from 8pm on June 7. ‘Freedom to Think’ by Susie Alegre will be presented at 6.30pm on June 8, and Placehold Open Mic Night is held from 8.30-10.30pm on June 8 and 22. The Oltrarno Gaze exhibition is on show from June 9-16, and brainstorming for writers is held at 8pm on June 14. Contact sotto@britishinstitute.it.

Female Arts in Florence (borgo San Lorenzo 131) hold an artistic embroidery course led by Ginevra Consoli from 10.30am to 12.30pm on June 4, and a holistics course at the FAF garden in Porta Romana in collaboration with Holistic Gaia, covering meditation, yoga, music and butoh dance on June 7 (7-10pm) and June 11 (9.30-11.30am). On June 9, there’s the inauguration and sound performance of The Big Egg: Make your Choice by Sabina Vallazza. A course on natural dyes by Mariana Piccini will be held on June 11. Get in touch at gruppofaf@gmail.com or see the @fafcraftwomen Facebook page and @femaleartsinflorence on Instagram.

The Mascarade Concert Series (Palazzo Corsini al Prato, via il Prato 56) brings The Bear to the stage from 7.30pm on June 9, with a staging of the one-act extravaganza by William Walton starring artists of the Mascarade Opera Studio, directed by Marie Lambert-Le Bihan, and musical direction by Kristina Yorgova. Drinks by Manifattura and cabaret precede the show, set to start at 9pm. Book your ticket.

Villa San Michele, A Belmond Hotel presents an artistic immersion with Galleria Continua, Viewing the world by Leandro Erlich, from May 17 to November 7 in the gorgeous gardens. On June 23, dialogues about fragrances with Officina Profumo-Farmaceutica will be held from 6.30-7.30pm followed by an aperitivo (40 euro) and a mixology night with a guest barman will be held from 6pm on June 29.

Sotto le Stelle at Tenuta Poggio Casciano, via Poggio al Mandorlo 1, Bagno a Ripoli, is a stellar summer events line-up with The Florentine and Ruffino. Every Wednesday at 6.30pm, a guest speaker joins our editor Helen Farrell in conversation. Guests include Debi Mazar and Gabriele Corcos on June 8, John Hooper on June 15, Frances Mayes on June 22, and Kim Campbell on June 29. See page 16 for more info. All events are free, though you’ll be fancying some wines and nibbles. Email hospitality@ruffino.it or call +39 378 3050220.

Storytellers Florence returned for their first event in two years on May 27, and is set to hold their next meet-up on June 30 at Palazzo San Niccolò (via di San Niccolò 79). Share personal stories (notes allowed!) between 5 and 10 minutes long in the casual, non-professional setting. Tickets cost 10 euro (they must be purchased in advance via Eventbrite) and include a glass of wine, beer, juice or sparkling water. See Facebook @storytellersflorence for more.

Tiche Atelier at via San Zanobi 122r hold zero-waste creative workshops accompanied by an aperitivo. From 6-8pm on June 7 and 2.30-4.30pm on June 12, learn how to create beautiful bouquets and ceramic-effect vases taking your creations home, in collaboration with Sonja of @funkybirdfirenze. Price 25 euro. info@ticheclothing.com.

St Mark’s English Church (via Maggio 16) gather their armchair drama group together at 7pm on June 9. At the same time on June 9, an evening with Elena Bellini will be held, owner of the Solo A Firenze gallery and The Florence Studio, featuring a pop-up art display. A choral Eucharist to mark the feast of Pentecost and to celebrate Her Majesty Queen Elizabeth II’s Platinum Jubilee takes place at 10.30am on June 5, followed by refreshments. ‘Italian for Travellers’ is a new Italian language class designed for those travelling in Italy led by Laura Vinti, held from 7 to 8.30pm on June 6 and 8, with a cost of 15 euro per student per session, plus a small donation to the church. For more information, email events@stmarksitaly.com.

The Oblate Library holds the Ideeranti book club in English at 5pm on June 7, led by the Ideerranti Association once a month in the meeting room of the library, also streamed on Zoom. For info and reservations, contact info@ideerranti.it or bibliotecadelleoblate@comune.fi.it.

NYU Florence at Villa La Pietra (via Bolognese 120) hold the Sir Harold Acton Concert at 8.30pm on June 7 titled ‘Verdi, Spanish Theatre, and the Verdian Voice: Young singers from the Accademia Verdiana in Parma’, preceded by a pre-concert discussion with young singers, moderated by Francesco Izzo and Larry Wolff. At 5pm on June 8, an evening on Renaissance architecture and sculpture takes place with an expert panel. A film screening of The Fiddler of Florence, the 1926 silent movie by Paul Czinner partly filmed in the garden of Villa La Pietra will be shown at 9pm on June 20 on the terrace, with the original score performed by pianist Jörg Joachim Riehle. A three-person version of Macbeth is acted from 9pm on June 23 by the Continuum Company, while Molierè’s early work Dr. Cupid is adapted at 9pm on June 27. Finally, A Sweet Silence in Cremona is a one-act opera buffa by Roberto Scarcella Perino, performed at 9pm on June 29. Reservation required by emailing lapietra.reply@nyu.edu or calling 055 5007 210.