Best events in Florence this month May 2022

May is a month of muchness in Florence, from the high-level State of the Union European conference to a festival of flight in the Cascine park. Exhibitions include the stunning Antony Gormley show in San Gimignano and a top-tier Black photography show at Palazzo Pitti. 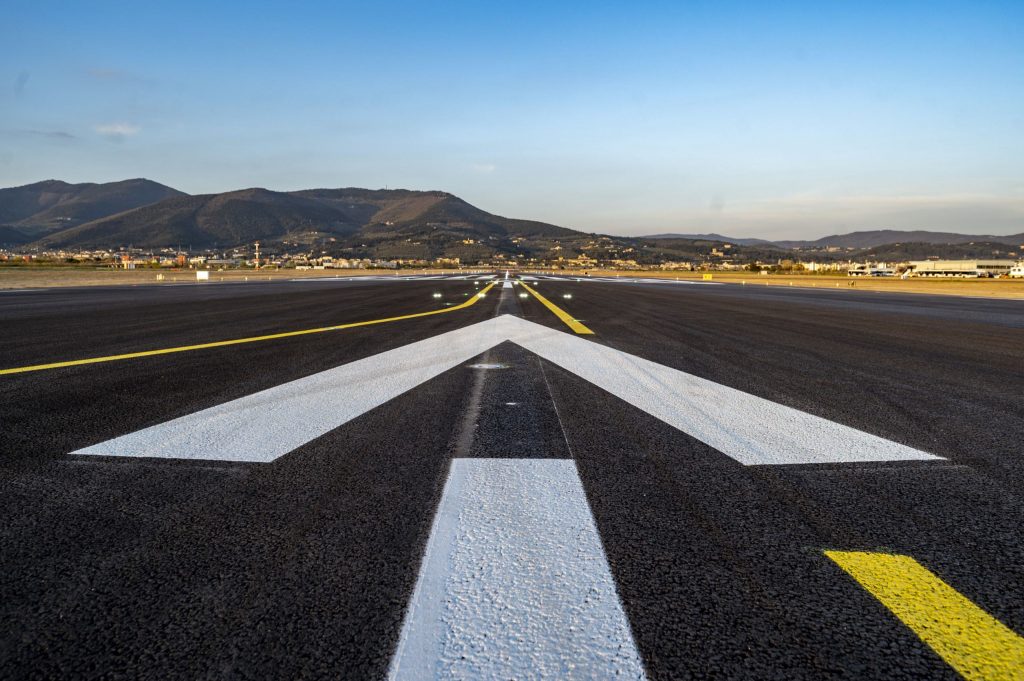 Three days dedicated to everything sky high comes to Florence with flights, kites and model aircrafts delighting fans of flying. The first edition of the festival helps gets to grips with Leonardo da Vinci’s inventions through workshops, three hot air balloons bring the brave up into the skies above Florence, have a go at a simulated flight, visit the Institute of Military Aeronautical Sciences to further your knowledge, and enjoy many activities including meetings with pilots, photo exhibitions, live music, quality catering and a kids’ area to set imaginations soaring. Free entry admission, get your tickets at www.ultravoxfirenze.it. 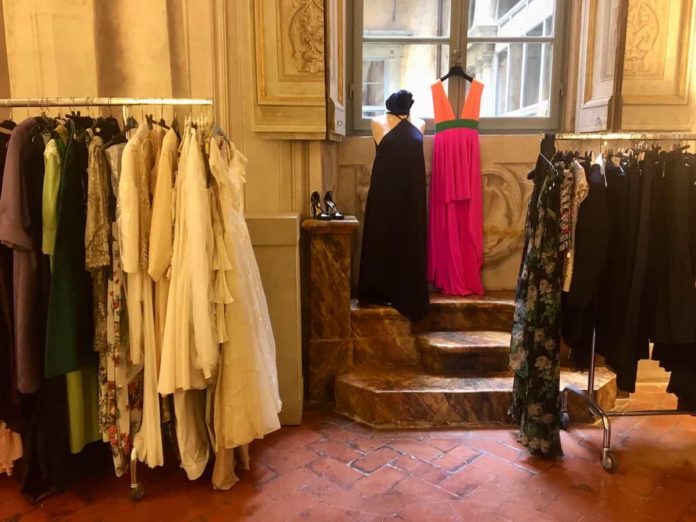 A vintage clothing market raises funds in support of the FILE foundation (Fondazione Italiana di Leniterapia). The fifth edition of the free admission fair features a wide range of quality vintage clothing and accessories that have been generously donated for the cause. More than style and fashion, this event supports palliative care and psychological support offered to the seriously ill and their families. www.leniterapia.it

The State of the Union

he 12th edition of the high-level reflection conference on the European Union organized by the European University Institute is titled ‘A Europe Fit for the Next Generation’, with more than 35 panels, over 160 speakers and 40-plus countries represented. The main themes for this year are sustainability and resilience, democracy and the rule of law, a fairer future, society and migration, and crisis and change. Speakers include the managing director of the IMF, Kristalina Georgieva, High Representative of the EU / Vice-President of the European Commission Josep Borrell-Fontelles, the president of the European Parliament Roberta Metsola, and the WHO Director-General, Tedros Adhanom Ghebreyesus. Find the full programme at www.stateoftheunion.eui.eu. 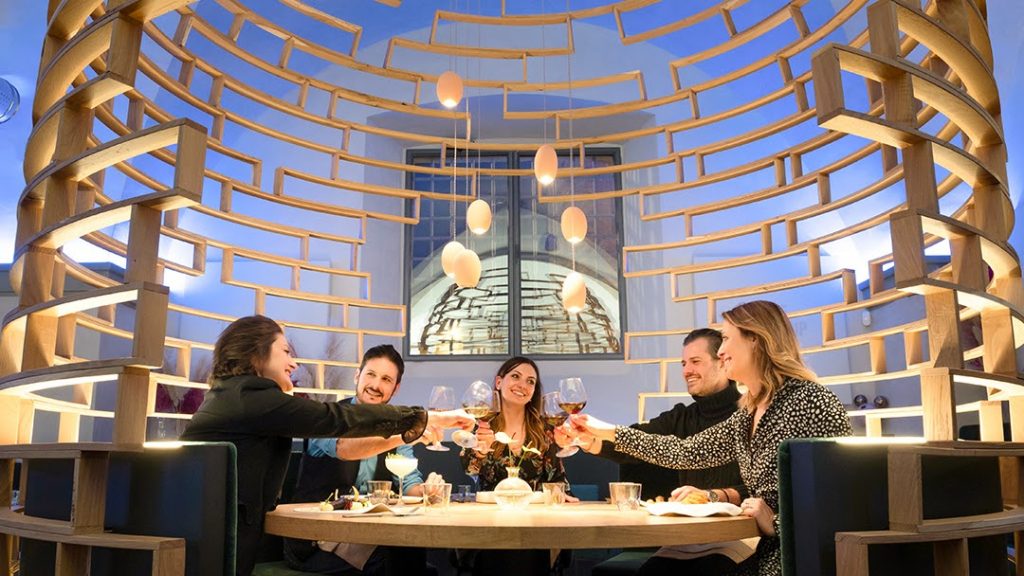 Chef United For Ukraine - we make food not war

Dine in aid of projects supporting Ukrainian refugees. ‘Chef United For Ukraine – we make food not war’ sees collaboration between Florentine chefs and bartenders plating up their specialties in The Stellar’s restaurant and lounge bar, with all proceeds donated to the Meyer Pediatric Hospital Foundation and the Caritas Solidarity Foundation. Participating chefs include Luigi Bonadonna of The Stellar, Edoardo Tilli of Podere Belvedere, Stefano Frassineti of Locanda Le Tre Rane – Ruffino, Paolo Gori of Trattoria da Burde and Vetulio Bondi of I Gelati del Bondi, and others. Entrance costs 25 euro and includes 4 finger foods and a choice of cocktails or wine, with live music and sommelier Luca Gardini in attendance. www.thestellaritaly.it. 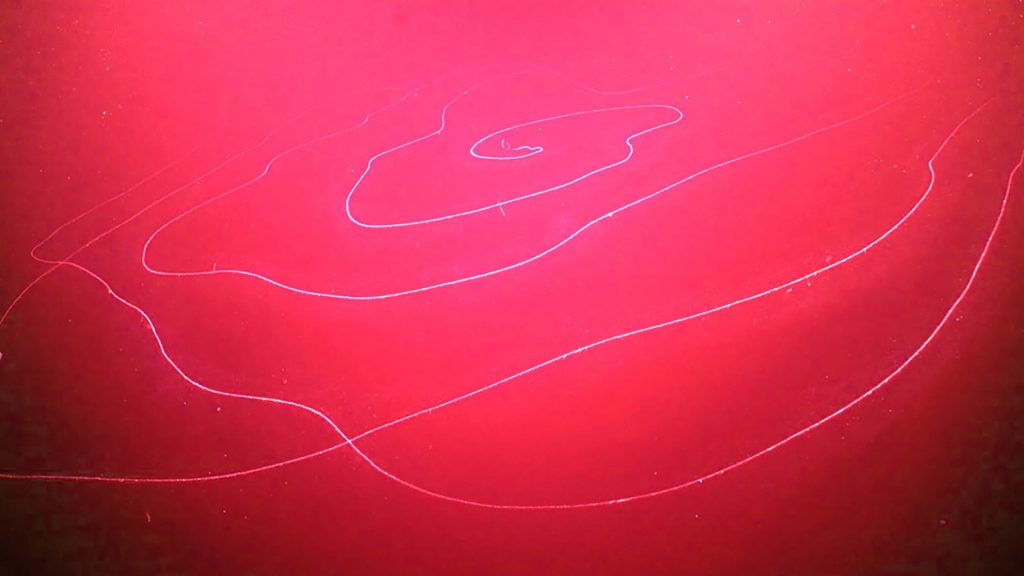 Body Space Time sees works by Antony Gormley at Galleria Continua in San Gimignano (via del Castello 11, www.galleriacontinua.com). With this exhibition, the renowned English artist investigates the body as a place of structuring space, relying on the movement of spectators inside the gallery. Stainless steel elements and a two-tonne iron cube alternate with aluminium frames and heavy blocks in the interactive display that can be viewed from April 23 to September 4.

Fragments of Interlaced Dialogues by Sammy Baloji will be inaugurated shortly in Palazzo Pitti (www.uffizi.it). The photographer from the Democratic Republic of the Congo makes frequent use of black and white in his well-known archival photos cropped onto contemporary backgrounds.

The internal loggia of Museo Novecento (piazza di Santa Maria Novella 10, www.museonovecento.it) will be transformed by Alfonso Femia from April 29 to October 5 in a display called Architecture and Generosity curated by Laura Andreini that focuses on the figure of the whale.

American artist Aviva Silverman brings the new exhibition A House Can’t Flood that Never Gets Built to VEDA in via delle Cascine 35 from May 6 to July 30 (www.spazioveda.it).

The mesmerizing works look at the construction and commodification of icons and the relationships between spiritual and earthly figures. Always a date for your diaries, there’s free entry to state museums on the first Sunday of the month for all, with the addition of free entry to civic museums for residents of Florence. See more at theflr.net/freemuseums. 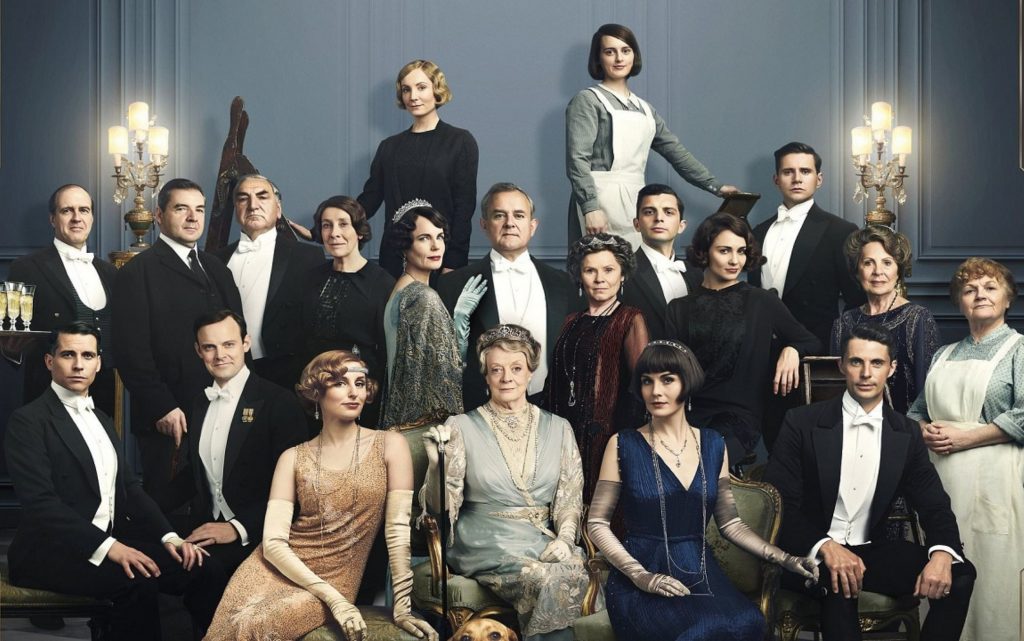 At the Cinema Odeon Firenze (piazza degli Strozzi / www.odeonfirenze.com), Amma’s Way comes to the big screen from May 3-4, Downton Abbey 2 excites fans of the period series, while those who are more enthused by Doctor Strange look forward to the upcoming interpretation. Another one to catch in this month of highly-anticipated releases is Top Gun Maverick from May 21. Films are shown in original language with Italian subtitles.

25 Hours Hotel (www.25hours-hotel.com / piazza San Paolino) screens free-entry films every Sunday at 6pm, with this month’s programming including Little Miss Sunshine on May 1 and You Will Meet a Tall Dark Stranger on May 8.

Cinema La Compagnia (via Cavour 50 / www.cinemalacompagnia.it) continues its ever-varied programme with Atlantide from April 29 to May 4, awarded best documentary at the Venice Film Festival, with the director in attendance on April 29. See the website for languages and times.

Join The Florentine for a spring lunch in the recently renewed piazza at 25hours Hotel Piazza San Paolino from 12.30 on May 4, 15 euro per person. Book your spot to enjoy a community get-together in a unique corner of the city. Email press@theflorentine.net

The Oltrarno Gaze events series sees the Bridges: Book Art exhibition at La Colonica del Palmerino (via il Palmerino 6) from Thursdays to Sundays 3-6.30pm (or by appointment) May 5 to June 5, with a spoken-word performance by Marisa Garreffa titled Stitching Artists into History, based on the call for writers’ submissions, on the opening and closing dates. Free admission; reserve by emailing associazione@palmerino.it. At 3pm on May 8, an afternoon trek called ‘From the Heart to the Hills’ led by Freya’s Florence begins at SOTTO al British with a viewing of works from Vernon Lee’s library at The British Institute of Florence, before departing for Il Palmerino, Vernon Lee’s hillside home (see page 4). Email bif@britishinstitute.it.

St Mark’s English Church (via Maggio 16 / www.stmarksitaly.com) hosts its first documentary film screening as part of the cultural events programme. Creator of the award-winning film Life in Stills, Tamar Tal Anati presents her latest documentary, Shalom Italia, telling the story of three Italian-Jewish brothers who set off on a journey through Tuscany in search of the cave where they hid as children during the war. The documentary will be screened at St Mark’s at 8.30pm on May 5, followed by a Q&A with the director. An opera concert and masterclass takes place at 8pm on May 12, and the Armchair Drama Club meets at 7pm on May 12. The concert series continues on Wednesdays and Saturdays; among the concerts programmed is Choral Evensong by the Bonn English Singers conducted by Stephen Harrap with organist James Short at 6pm on May 6. You can also catch the choir at the Chiesa Badia Fiorentina, via del Proconsolo at 8pm on May 7 in a separate event.

The Women’s International Network (www.womensinternationalnetworkflorence.it) meet at 7.30pm on May 11 at the Mascarade Opera School in Palazzo Corsini (via il Prato 56) for an interview with opera coach Dr. Ralph Strehle. Topics include resilience, motivation and techniques for high-pressure performance environments. An apericena starts the evening, followed by the speaker from 8.30-9.30pm. The event is open to all, 20 euro for WIN members, 27 for guests. Deadline for sign-ups is May 9.

The British Institute of Florence hold their Wednesday Lecture Series at 6pm at the Harold Acton Library (lungarno Guicciardini 9) both in person and online with Deirdre Pirro on May 4 discussing her recently published Royals in Florence book. Luke Syson gives a lecture titled ‘Leonardo da Vinci’s Workshops in Florence and Milan’ on May 11, and Kate Bolton-Porciatti talks about ‘Multi-Media Spectacle in Renaissance Florence’ on May followed by Alan Pascuzzi on May 25 discussing ‘Dirty-Walk: Painting Large Frescoes in the Renaissance’. As part of the Music al British series, a chamber music concert for voice and piano in collaboration with the Mascarade Opera Studio titled ‘From Far, From Eve and Morning’ will be held at 6.30pm on May 19. See www.britishinstitute.it for more details.

Sotto al British (lungarno Guicciardini 15) continue the life drawing sessions at 5.30pm on May 2, 9, 16, 23 and 30, led by artist Tom Byrne. Songwriters in the Round hosted by Patti DeRosa will be held on the first Monday of each month from 8.30-10.30pm, with singer-songwriters sharing their original music. Talk Tuesdays sees The Florentine’s very own Helen Farrell speak about ‘Covering Florence’ at 6pm on May 3 with Anna Rose and Sara Amrhein of Creative People in Florence in conversation with Marisa Garreffa on May 10. Writer Jamie Mackay is next in the Talk Tuesdays series on May 17 and Speakeasy Multilingual’s Miriam Hurley and Lexie Cimko speak on May 24. Artworks by Joshua Cosimo are launched at 7.30pm on May 4, and brainstorming for writers organized by Lori Hetherington takes place at 8pm on May 9.  PLACEHOLD Open Mic Night hosted by Marisa Garreffa and Lauren Mouat sees stories come to the stage from 8.30-10.30pm on May 18. A solo exhibition by Natalyia Antonenko called знову i знову – Again and Again curated and produced by ON.irica comes to the space at 7.30pm on May 21, with an experimental live sound performance. Author Baret Magarian presents a workshop for writers How to Build a Writing Career and Getting Published at 8.30pm on May 23, and a book presentation with live interview will be held at 7.30pm on May 25. SOTTO al British also hosts events that form part of the Oltrarno Gaze programming (see above). Entrance prices and info can be found in the events section of www.britishinstitute.it or contact sotto@britishinstitute.it.

Female Arts in Florence (borgo San Frediano 131) inaugurate the porcelain installation titled Fūrin suono del vento with a Japanese dance and tea ceremony on May 5, a creative embroidery workshop takes place on May 7 with a Japanese tea ceremony workshop on the same day. Floral watercolours and freedom is on May 14, and Herbarium et Alimentum on May 17. Finally, Print your T-shirt is on May 21. Get in touch at gruppofaf@gmail.com or see the @fafcraftwomen Facebook page and @femaleartsinflorence on Instagram.

Readers of The Florentine can enjoy a 90-minute guided tour of Garden with a View (see page 17) for the special rate of 25 euro, which includes admission and tour in English with the official garden guide Elena Fulceri at 10am on May 18 and 3pm on May 24, with a maximum of 15 people per tour. info@florencewithflair.com, www.edvgarden.com.

NYU Florence at Villa La Pietra (via Bolognese 120, www.lapietra.nyu.edu) launches its 2022 events series on May 24 with a concert and talk titled Ariadne’s Echo: An exploration of musical hauntings. Starting at 8.30pm, the concert will be preceded by a conversation on the project between the scholar Prof. Eugenio Refini, Department of Italian Studies at New York University, and Larry Wolff, Co-Director, NYU Florence. Reservation required by emailing lapietra.reply@nyu.edu.

Etra Studio Tommasi (via della Pergola 57, www.etrastudiotommasi.it) open the doors of their historical gallery on May 6 for an evening of art, music and wine tasting. The first in the series features Parisian DJ and record collector Vidal Benjamin in a vinyl-only selection, with a wine corner curated by Vino al Vino, with the natural wines on offer chosen by winemaker Filippo Gamba.

Enograstronomica from May 13-15 sees three days of chefs and producers with a mix of tastings in the workshops of artisans, blending craftsmanship with gourmet across the 19 events in 15 locations. Find the full programme at www.enogastronomica.org.