On November 4, 1966, while in Geneva, Ted Kennedy re--ceived a telephone call from his sister-in-law Jacqueline Kennedy telling him of the flood in Florence and urging him to go there.  So it was that the first-term Senator from Massachusetts became a mud angel and

On November 4, 1966, while in Geneva, Ted Kennedy re–ceived a telephone call from his sister-in-law Jacqueline Kennedy telling him of the flood in Florence and urging him to go there.  So it was that the first-term Senator from Massachusetts became a mud angel and carried a torch of hope on behalf of the American people to the city of Florence; a torch he faithfully continues to carry to this day.Kennedy was in Florence last week, as a guest of Villa La Pietra Director Ellyn Toscano, to participate in New York Universitys Symposium on Conservation Legacies of LAlluvione. The conference also hosted the mayors of Florence, Budapest, Dresden, Mopti (in Mali), Prague and Venice.  New Orleans Mayor Ray Nagin had to cancel due to hurricane threats in his city but sent renowned jazz saxophone player Ervin Mayfield as his representative.Kennedy movingly quoted American poet Robert Frost, who warned that a country that cares not for culture is doomed to the fate of having nothing to look backward to with pride and nothing to look forward to with hope.  He remembered the underground corridors of the Biblioteca Nazionale, lit only by torches, where students silently worked in freezing mud and water reaching up to their waists, and passed hundreds of books from one pair of hands to the next so that they could be safely removed and painstakingly cleaned.I had witnessed the support of American youth in the Civil Rights and Anti-War movements, but I didnt know if they would respond when help was needed to save art and culture, in a place so far away.  We are here today, because they did. 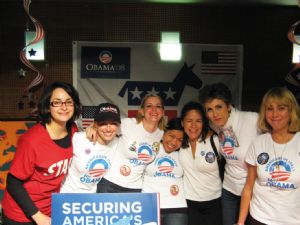 ‘Florence is the new Florence!’ So says the slogan echoed at Palazzo Vecchio to mark the beginning of a new and vibrant phase in the city’s life. That new energy ...