Every July 4, Americans around the globe celebrate in grand style the anniversary of the ratification of the Declaration of Independence. On that date 243 years ago, 56 brave men from 13 American colonies took the bold step, which, as Abraham Lincoln put it 87 years later, “brought forth…a new nation, conceived in Liberty, and dedicated to the proposition that all men are created equal”. Not every one of the last 243 years has been easy. But we have persevered and thrived. 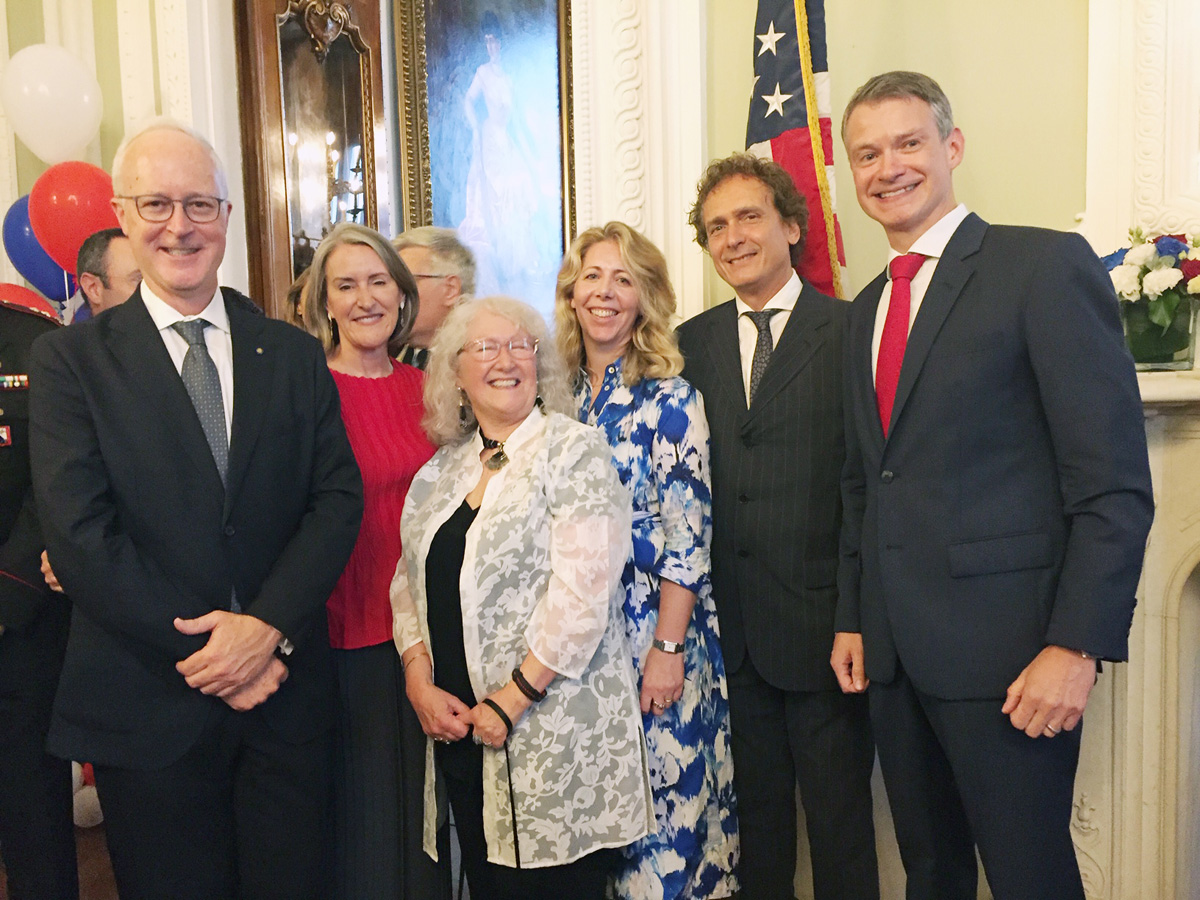 Although we are commemorating something momentous, the launch of a bloody struggle for liberty, for Americans the Fourth of July is also a joyous party. It is a day to enjoy yourself picnicking with family, friends and neighbors and, of course, watching fireworks. And it’s always been that way. The Declaration of Independence was actually signed on July 2, 1776. The following day, reflecting on what he and his 55 comrades had just done, John Adams of Massachusetts wrote in a famous letter: “Our day of independence ought to be solemnized with pomp and parade, with shows, games, sports, guns, bells, bonfires and illuminations from one end of this continent to the other, from this time forward forever more.”

Forty-three years after independence was declared, the American flag first flew over the city of Florence. This marked the moment when the history of the United States and the history of Tuscany officially became intertwined. Over the last two centuries, this shared historical experience has combined with our shared values and shared culture to create an unbreakable bond. They have created a firm foundation upon which our two nations have flourished economically, politically and culturally. They remind us that Italy has no better partner and friend than the United States—and the United States none better than Italy. 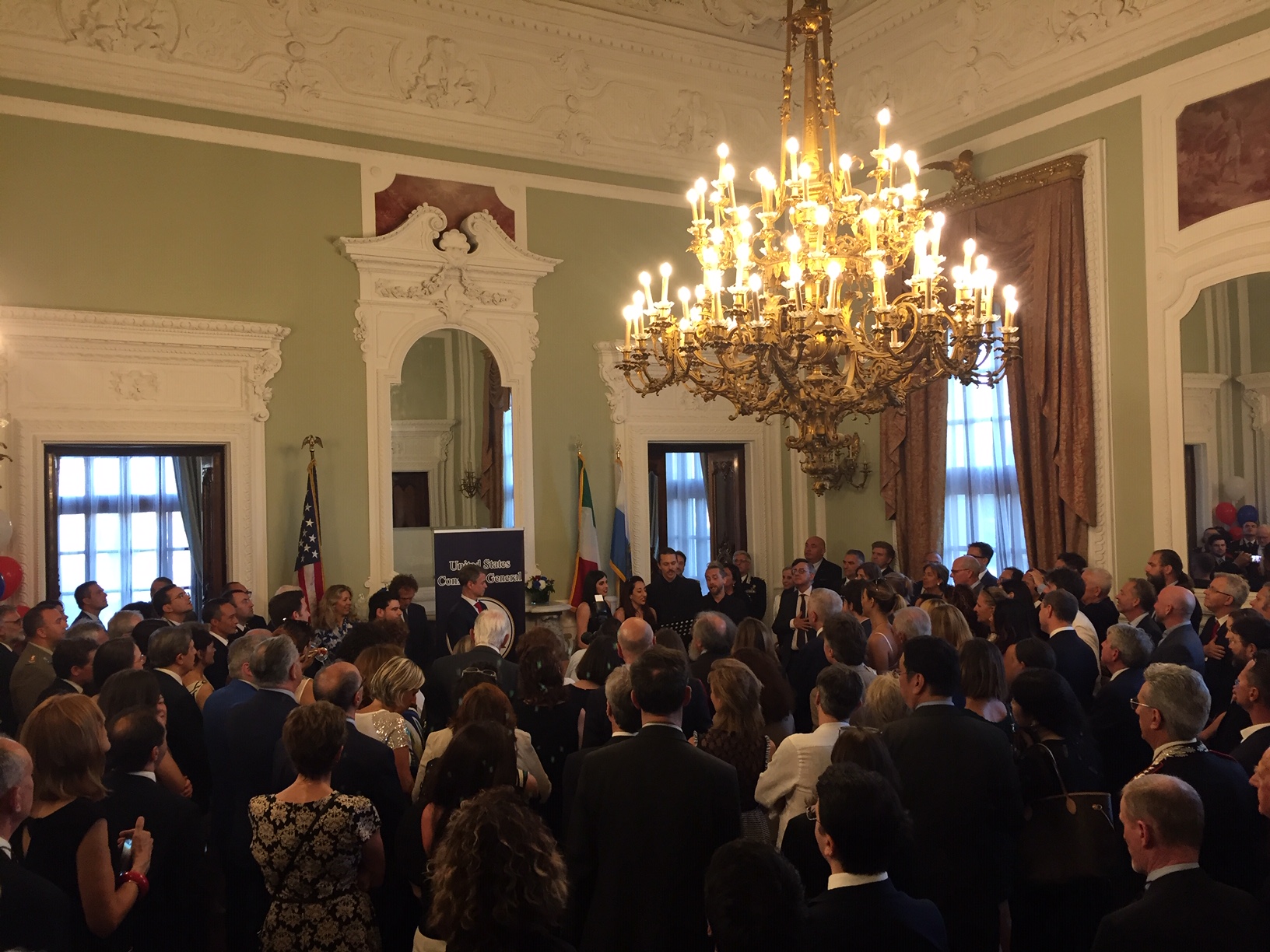 A full house of dignitaries and guests for the 2019 Independence Day celebrations at the U.S. Consulate General in Florence

As an American, I reflect on how much we have depended on our friends and allies in Italy and San Marino to ensure the success of the experiment of liberty and individual freedom launched in Philadelphia 243 years ago. Though this experiment has survived and flourished in the United States and been exported around the world, we cannot take it for granted. We must stand together, strong and united in our belief that our democratic way of life—built on freedom, liberty, and tolerance—is worth preserving. As James Monroe, the U.S. president who was in the White House when the stars and stripes were first unfurled over Florence, said: “May your children never forget the sacred duties devolved on them to preserve the inheritance so gallantly acquired by their fathers.”

We will mark our Independence Day month in festive style that would make John Adams proud. On the Fourth of July itself, the Florence Dance Festival will host a special #insieme200 evening in the Cloister of Santa Maria Novella in honor of the consulate’s bicentennial. That same day, also in the Santa Maria Novella cloister, the Tuscan-American Association will host its annual July 4 community event. From July 20 to 28, Italian Brass Week is back, which this year will feature—yet again at Santa Maria Novella—some of the U.S.’ most important musicians. This year’s Puccini Festival at Torre del Lago will celebrate composer Giacomo Puccini’s special connection to the United States, featuring on July 12 La Fanciulla del West, which debuted at New York’s Metropolitan Opera in December 1910. The festival will run from July 6 to August 4. 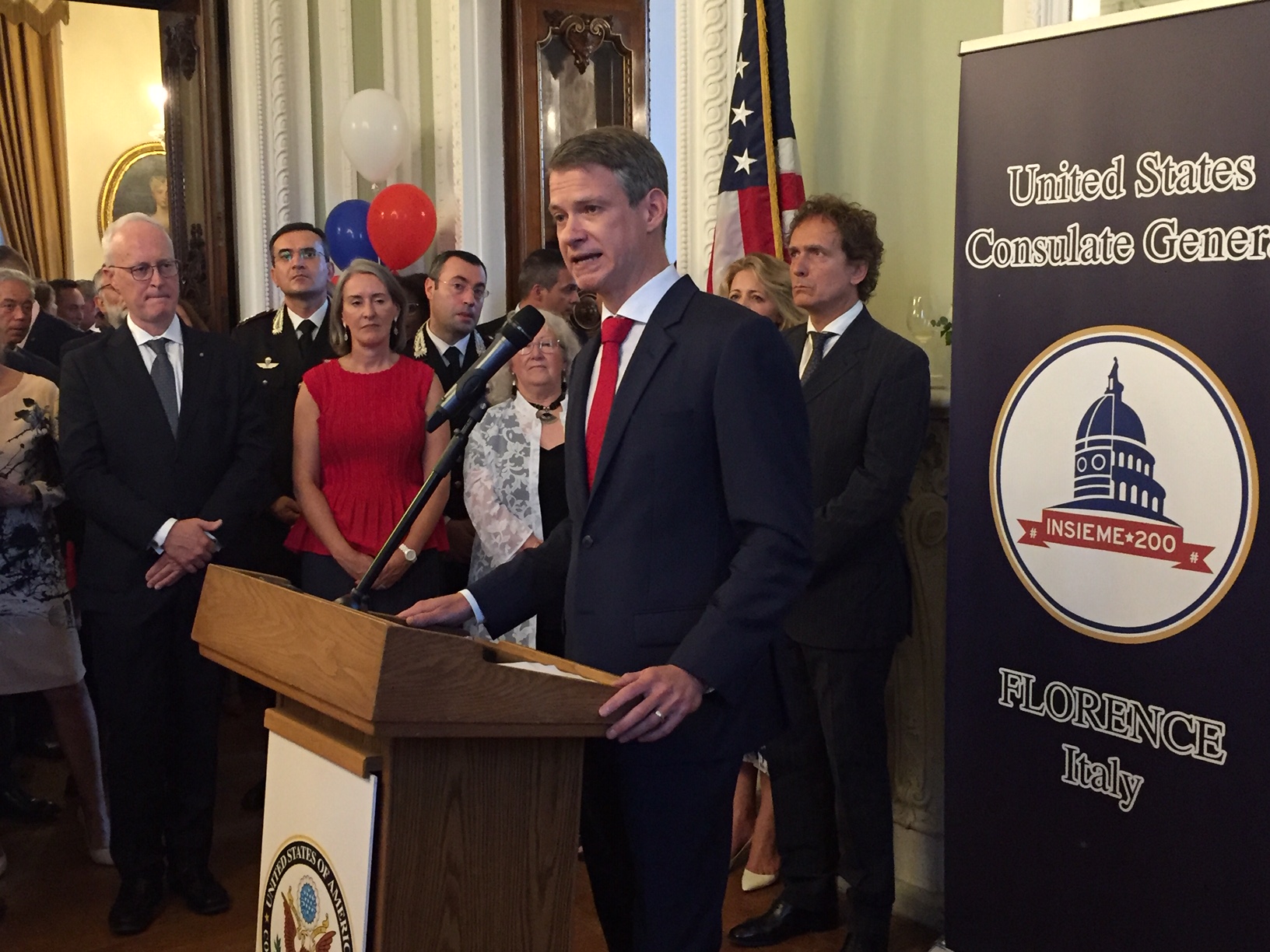 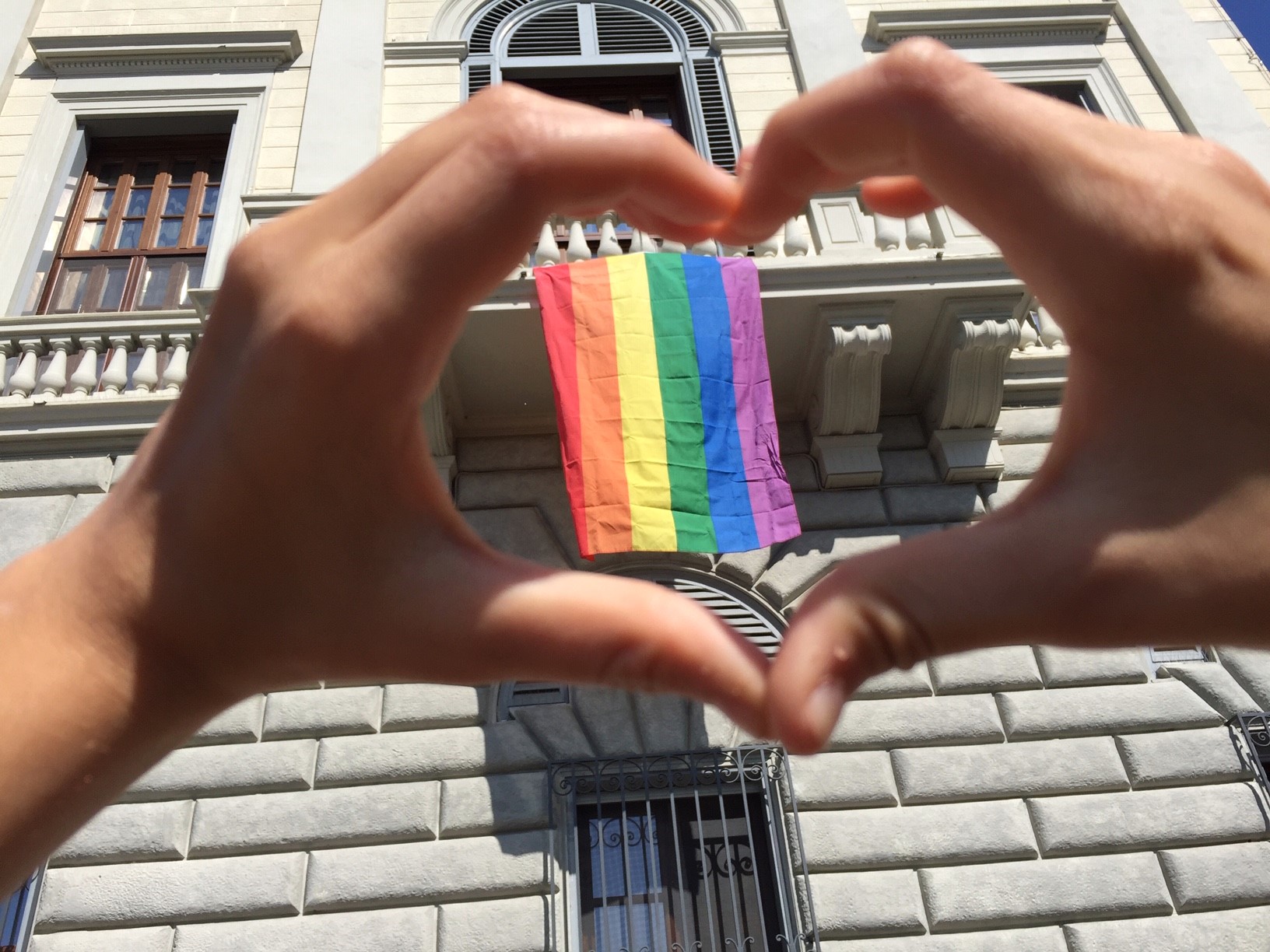 The rainbow flag flying at Palazzo Canevaro, the Consulate’s historic headquarters since 1947.

The U.S. Consulate General in Florence celebrated Lesbian, Gay, Bisexual, Transgender and Intersex (LGBTI) Pride Month by flying the pride flag off Palazzo Canevaro, the Consulate’s historic headquarters since 1947, during the month of June.

Protecting and defending human rights for all—including LGBTI persons—has long been and remains the policy of the United States.

As the Universal Declaration of Human Rights states, all human beings are born free and equal in dignity and in rights. Every government has an obligation to protect, respect and uphold the dignity, human rights and fundamental freedoms of all people.

To advance this policy, the U.S. Government is focused on deterring violence against LGBTI persons on the basis of their sexual orientation, gender identity, gender expression or sex characteristics; advocating against the passage of laws that criminalize LGBTI status and/or conduct, and working to repeal or dissuade enforcement of such laws, where enacted; and working to prevent severe official discrimination in areas such as employment and occupation, housing and government services.