Nazi soldiers stole the painting from the Villa Bossi-Pucci during their retreat in 1944.

Following a plea this past January by Eike Schmidt, director of the Uffizi Galleries, for Jan van Huysum’s painting Vase of Flowers to be returned to Florence, the artwork has finally come home, bringing to a close a story 75 years in the making. 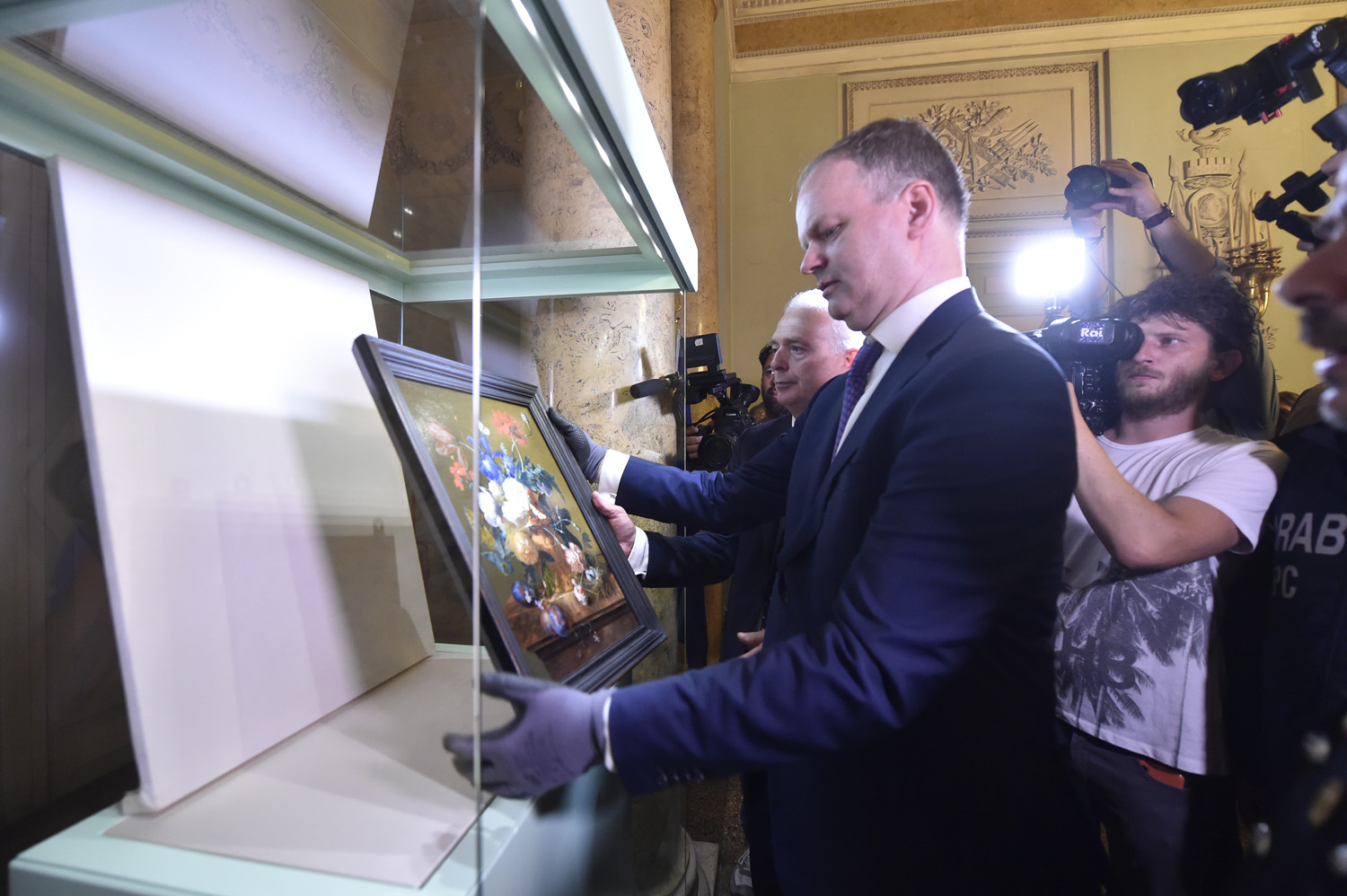 Nazi soldiers stole the painting, along with several other still-life masterpieces from the 17th and 18th centuries, from the Villa Bossi-Pucci during their retreat in 1944. The artwork had been moved here there in 1943 from the Palatine Gallery, where it had been on display since 1824. In January, Schmidt stated that “Germany must abolish its law regarding paintings stolen during the war and ensure that these works be returned to their rightful owners. Germany has a moral duty to return this work to our museum.” Now, three-quarters of a century later, its restitution has officially been achieved. 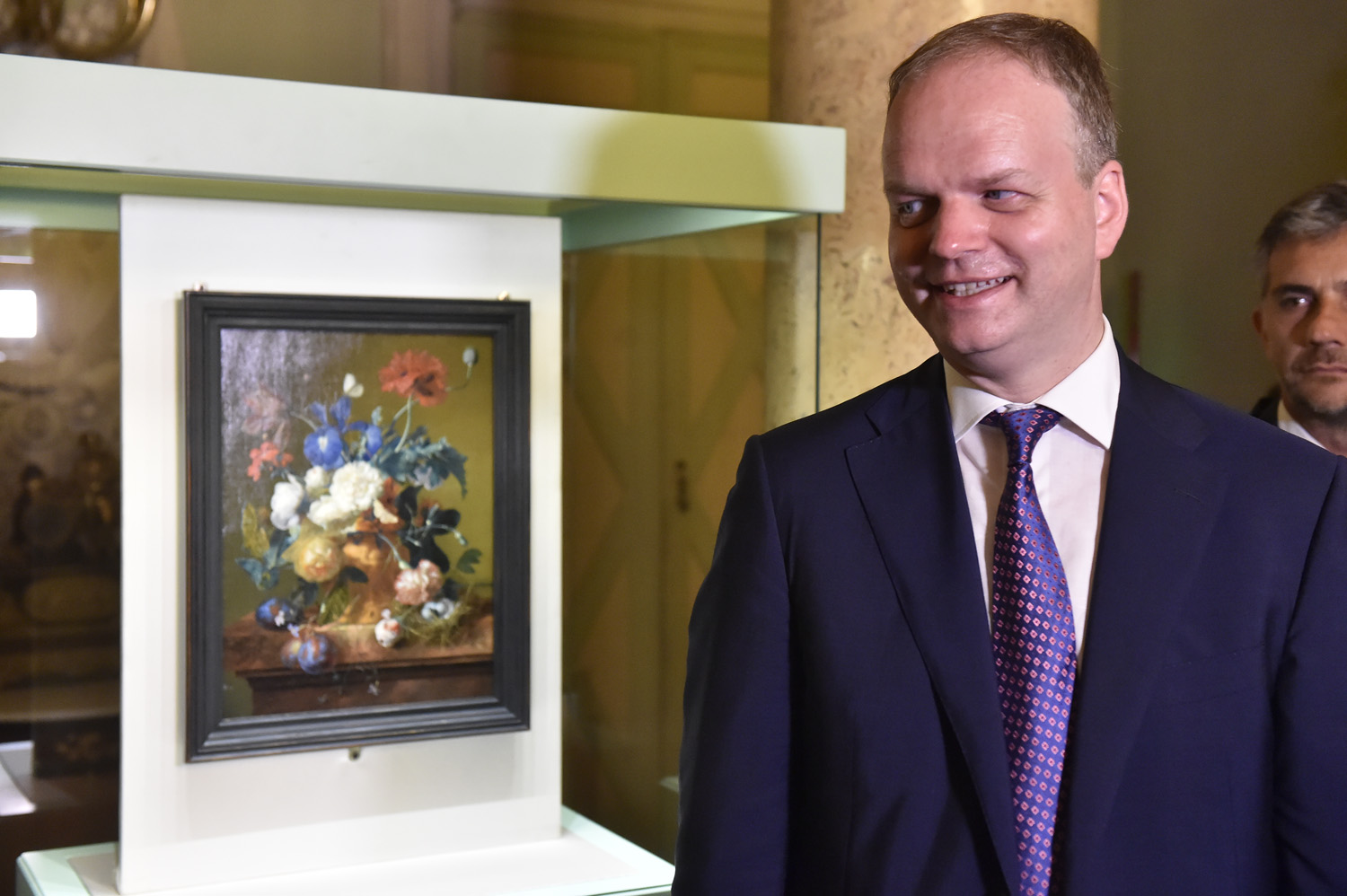 A ceremony took place on July 19 in the Sala Bianca in Palazzo Pitti with Minister of Foreign Affairs, Enzo Moavero Milanesi, Minister for Cultural Heritage and Activities, Alberto Bonisoli, General Commander of the Carabinieri Corps, Giovanni Nistri, and Schmidt all in attendance. “Today is a historic day,” said Minister Bonisoli. “It marks a great success for our cultural diplomacy, which has stepped up recently to achieve a landmark accomplishment […] Today, we have written a new and important page in the cultural relations between two founding countries of the European Union.”