Winding up our #Together200 bicentennial year, this month we return to our roots and reflect upon the reason a consulate was established here in 1819: art.

What kept James Ombrosi, our first consular agent, on the run was the rapidly expanding number of American artists and art lovers who began traveling to Florence in the second decade of the 19th century. He helped them gain access to the Uffizi, admittance to the Accademia di Belle Arti, and provided introductions to tutors such as Giuseppe Bezzuoli and Pietro Benvenuti. During the second quarter of the 19th century, famous American writers and artists like Hiram Powers (who even acted briefly as consul in the 1850s), Horatio Greenough, Henry Wadsworth Longfellow, James Fenimore Cooper, Thomas Cole, Samuel F.B. Morse and Ralph Waldo Emerson called Florence home.

The linkages remained strong between the U.S. diplomatic mission in Florence and resident American artists during the period of “Firenze Capitale” (1865–71). In those years, the U.S. Embassy, housed in Palazzo Rosselli del Turco, hosted well-known American painters and sculptors in ground-floor studios. Though the Embassy has long since moved to Rome, in 2019 the current occupant of Palazzo Rosselli del Turco, the Studio Abba art gallery, helped us celebrate our bicentennial by organizing two exhibitions of American contemporary artists. 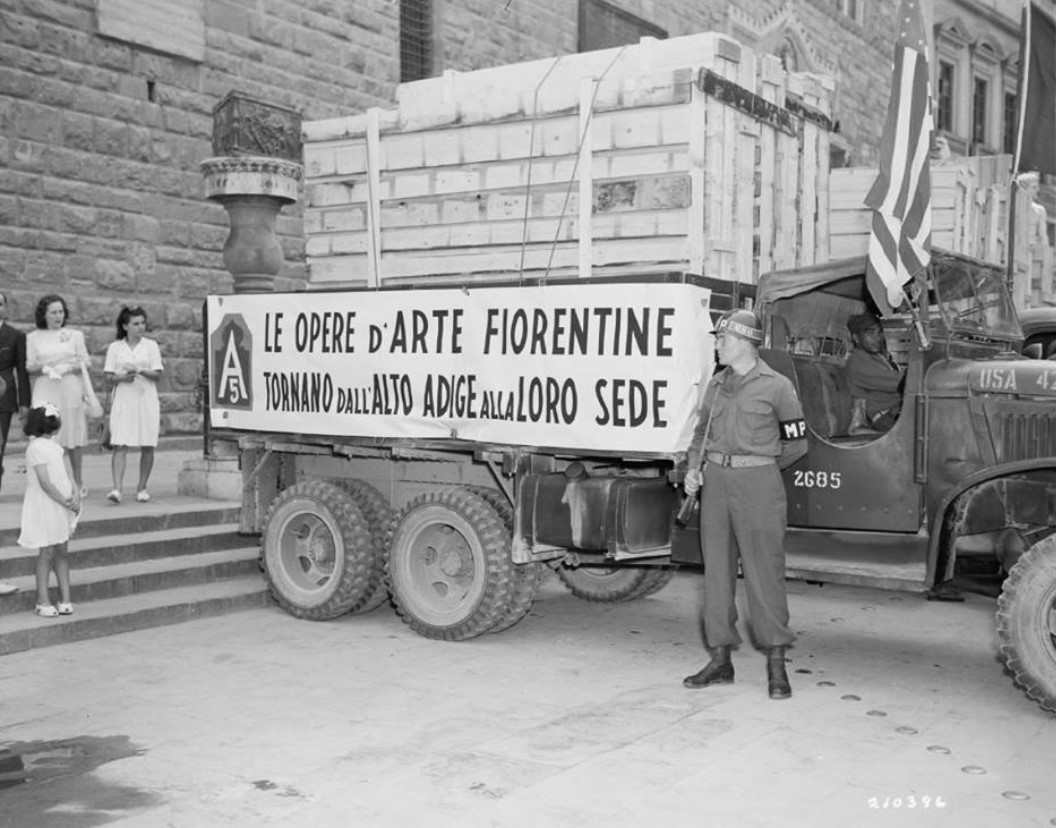 Art returned to Florence by the Monuments Men following WWII

In the 20th century, Florence’s artistic marvels came under threat twice—by the Second World War and the flood of 1966—and the United States had the chance to show its gratitude.

Some may know of the “Monuments Men” from the eponymous George Clooney film of 2014. This Allied military unit of American and European experts raced through Italy, trying to protect and rescue art at risk from war or stolen by retreating Nazi forces. One iconic photograph from the war years shows a convoy of U.S. military trucks in piazza della Signoria, bearing paintings stolen from the Uffizi and recovered in Alto Adige. The connection forged during those years was so strong that two Monuments Men asked to be buried in Tuscany: Frederick Hartt at San Miniato al Monte and Deane Keller at the Camposanto in Pisa.

In 1966, Americans once again rose to the occasion when Arno floodwaters damaged and threatened millions of priceless artworks. On this side of the Atlantic, American students joined their Italian and European counterparts to help in the cleanup effort. Meanwhile, in the United States, Jackie Kennedy Onassis helped raise millions of dollars for the most urgent restoration projects. 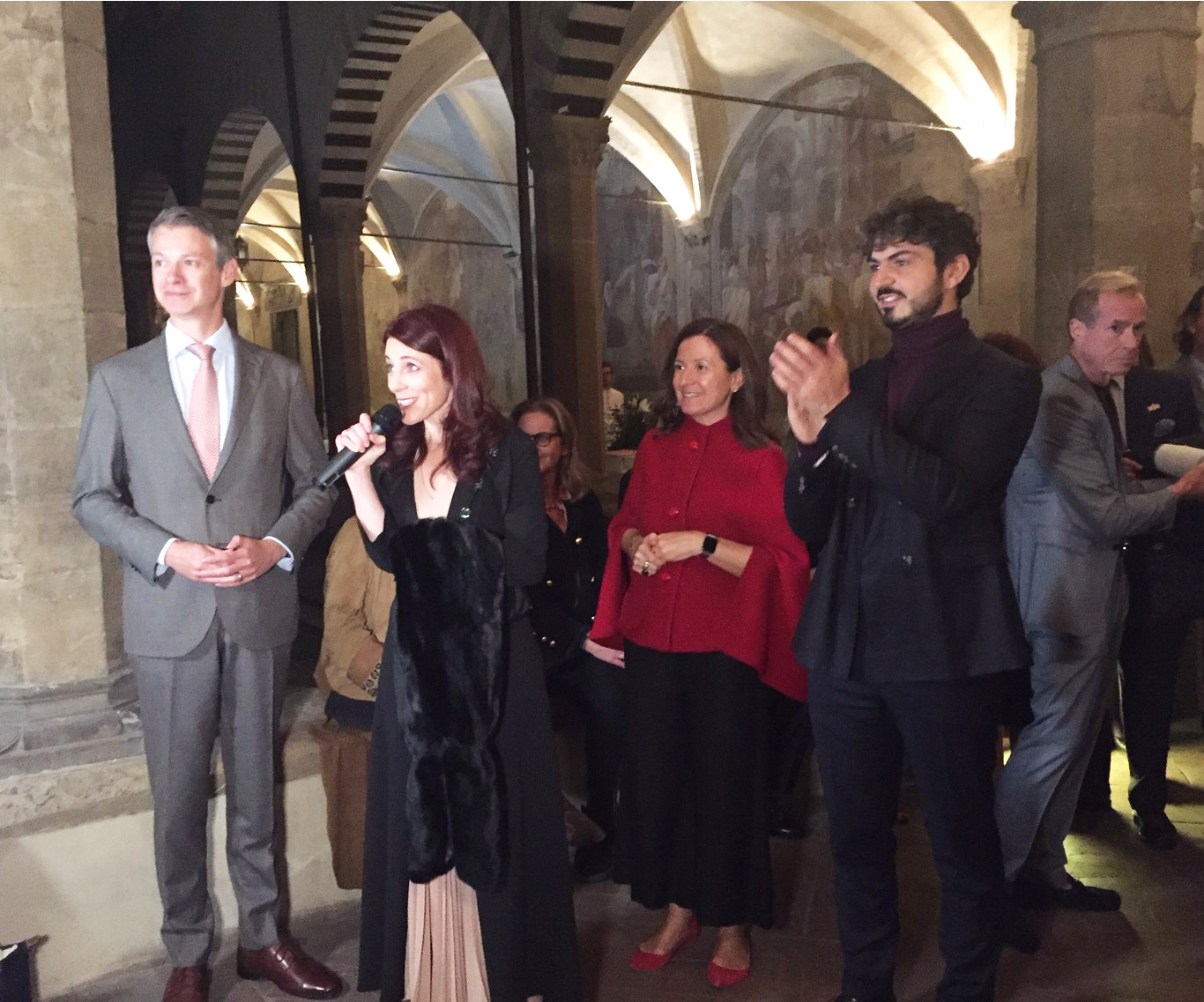 The spirit of philanthropy continues to drive the American relationship to Tuscan art. Through U.S. non-profits such as Friends of Florence, Friends of the Uffizi, the Medici Archive Project, and Advancing Women Artists, Americans make concrete contributions to Tuscany’s artistic heritage. These organizations have restored and conserved historic documents, architectural treasures and dozens of masterpieces,
including Michelangelo’s David, Plautilla Nelli’s Last Supper, and Pontormo’s Deposition.

“The world will be a very different place when it comes time for my successor to draft her ‘Together400’
reflections in 2219,” comments Benjamin Wohlauer, Consul General of the United States of America in Florence. “I’m confident, though, that one persistent theme will be the power of art to bring us together.”

Keep an eye on the monthly calendar in The Florentine
and follow @USCGFlorence to stay abreast of the latest program.

November is a meaningful month for Americans. Every year on the 11th we gather together to thank all those who have served in the Armed Forces for their sacrifices in ...