With deep Florentine roots yet an international outlook, the Fiumi family are symbols of success with a charisma and dedication that is awe-inspiring. The Florence-born siblings all left for pastures new before ultimately returning to their ancestral city. The Florentine learns more about this intriguing Florentine family.

Jane Farrell: Can you tell me about the Fiumi family’s connection to Florence?

Lilla, Morgan and Elettra Fiumi: Our father, Fabrizio, was Florentine. Our mother, Terry, was an all-American Mayflower-descendent young lady who came to study art history in Florence, first at Villa Mercede and later with Scripps College. That’s when she met our father and they fell deeply in love. They lived mostly in Florence with a few years in the US in between. All three of us (Lilla, Morgan and Elettra) were born and raised here and went to the International School of Florence. We then all left for University in the US and have since all returned. Lilla and Morgan now live in Florence with their families. Elettra lives in Lugano with her fiancé but comes to Florence often. Our father’s family members include the designer of the Roster Tepidarium in Florence and an artist of renowned terracotta sculptures. Our father was an architect and a member of the 9999 Group, leader in the 1960s-1970s Florentine Radical Architecture movement. He was a co-founder of the Space Electronic nightclub, where our mother also operated the lights, even when she was pregnant. They later founded the Florence Film Festival, which was the first showcase for American independent movies in Italy. That led to the invention of the first digital subtitling system (similar to opera supertitles) and an international film subtitling company, with headquarters in Florence. 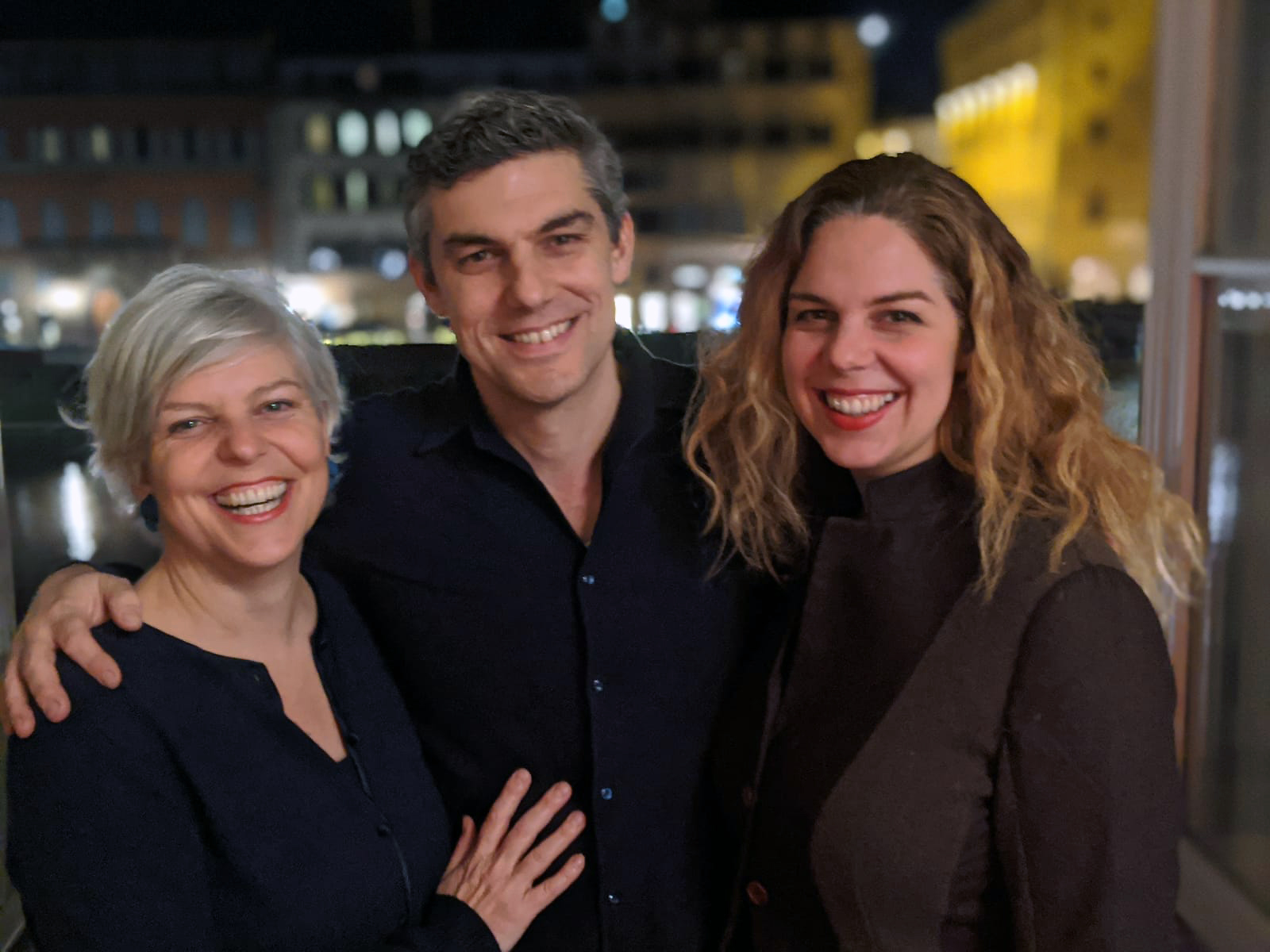 JF: With relatives who made such an impact in the city, how do you find that has influenced your own career?

LF: I’m extraordinarily lucky—and proud—to have grown up in Florence, with its historical backdrop, and to have been raised in a family engaged in the city’s cultural landscape of the 70s and 80s. I remember our home being filled with creative fervor and our parents having an “all-in” attitude, partly out of necessity and partly from passion. I learned that any passion can be pursued, and I hope my career reflects that. I first worked in film and television production, becoming the first full-time female camera person to be hired in Reality TV. The time came when I was pulled to change careers and I threw myself into medical school for the majority of my 30s to become a naturopathic doctor. Having practiced naturopathic medicine for a few years, I am now back in Florence, once again refocusing my career lens. Returning to Florence has been a steady whisper in my ear since I left for University at age 18.

MF: Both our parents reinvented themselves several times throughout their careers. Our house was a constant hub of activity and interesting people. Their curiosity and openness to new ideas made a lasting impression on me and certainly influenced my own career path that spanned from finance in NY, to a technology start-up in LA, to leading innovation for a large Hollywoord comapny. And most recently, here in Florence, I launched Lungarno Chats, a series of conversations and a community of interesting people discussing innovative and stimulating ideas.

EF: I went to New York City and worked in magazines, then got a Master’s and eventually started a production company. I recently moved to Lugano where I started a Swiss production company. But I’ve always kept one foot in Florence and my roots drive everything I do and how I do it. As a documentary filmmaker who grew up in between cultures, I am intrigued by stories that are international and rich in heritage. For example, when my father died, I found his archives and began making Radical Landscapes, a feature documentary that focuses on his involvement in the 9999 Group.

JF: How do you get along as siblings?

LF: We have a unique and very close relationship. Our personalities are quite different but we’re clearly cut from the same cloth: it’s in our smiles, our sense of humor and our enthusiasm for life! My brother and sister are a constant font of support, inspiration and generosity of spirit. I couldn’t be luckier to have them.

MF: My sisters are a constant source of inspiration, encouragement and fun. We spend a disproportionate amount of time goofing around together and laughing. Life would certainly be a lot greyer without them.

EF: I couldn’t ask for better siblings. Lilla is my spiritual mentor and Morgan my business mentor. Their kindness, generosity, humor, values and drive to give back to this world are examples to me. Lilla contributed to Radical Landscapes with footage she had shot of our father when he was still alive. Her husband, Mark, has also helped with sound design and composition. Morgan and I have worked together various times on his projects, most recently his Lungarno Chats conversation series. We share dreams and goals. They’re the first people I speak to for any new project I’m considering.