The Galleria dell’Accademia in Florence is carrying out extensive works during these months of closure.

The Galleria dell’Accademia in Florence is carrying out extensive works during the pandemic-induced months of closure. Now set to reopen its doors on February 13, the public will discover a new layout in addition to the Musical Instruments Museum. 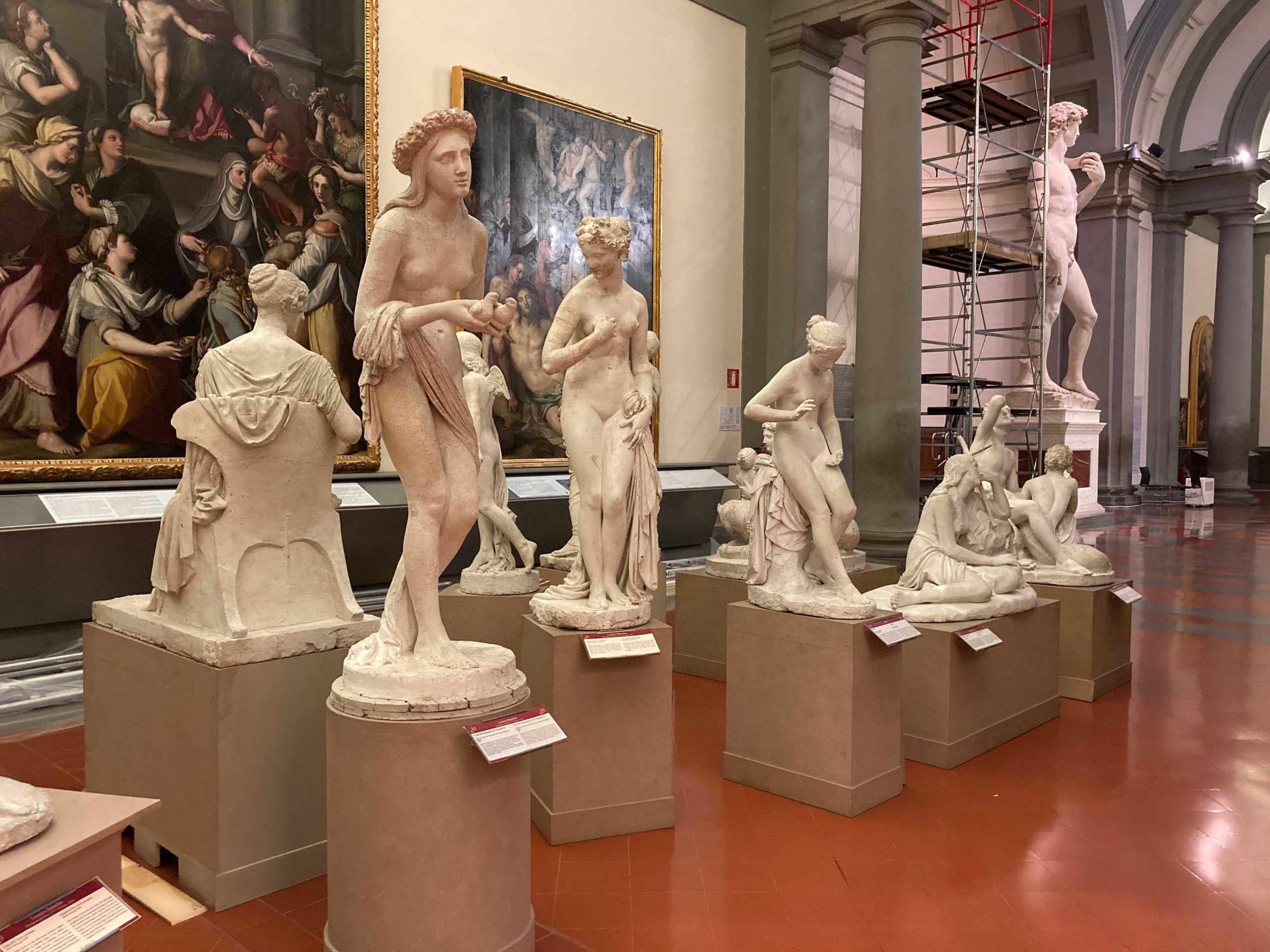 Some of the many artworks featured

“The Accademia Gallery has been closed for obvious reasons, but we have not stopped for a moment,” director Cecilie Hollberg commented in a press release. “We took the opportunity to continue and commence work, which, as previously communicated, is essential to improving the wellbeing of the Gallery and its precious collections.”

Four hundred and fifty works were relocated from the Sala del Colosso and the Gipsoteca in order to carry out necessary structural architectural restoration. With the works due to continue until July 2021, the pieces formerly held in these rooms now occupy the temporary exhibition spaces. Lorenzo Bartolini’s plaster busts depicting nobles, intellectuals, nymphs and mythological figures now enrich the collection in a new, more visible position, having been taken down from the high shelves on which they were placed. New lighting enhances 16th- century paintings, allowing visitors to scrutinize even the most minute of details.

The current layout will remain in place until the completion of the structural works in July 2021 when a new air conditioning system will be inaugurated throughout the whole gallery.

Please be advised that national legislation currently enables museums to reopen in “yellow zone” conditions and the February 13 reopening will be dependent on this.