The Sala degli Avori is located on the first floor of the Bargello Museum and exhibits precious and ancient ivories.

After months of closure, the Bargello National Museum has reopened its doors to unveil the newly refurbished Sala degli Avori, completed after six years of work. Curated by the technical office of the Bargello Museums together with the Guicciardini and Magni Architetti Studio, it is the first renovation of its size on a historical installation in a room at the Bargello. The exhibition layout has been completely reworked with additional conservation measures in place as well as the display of works that were previously kept in the archives, including a valuable Baroque crucifix that is back on show after almost a century. 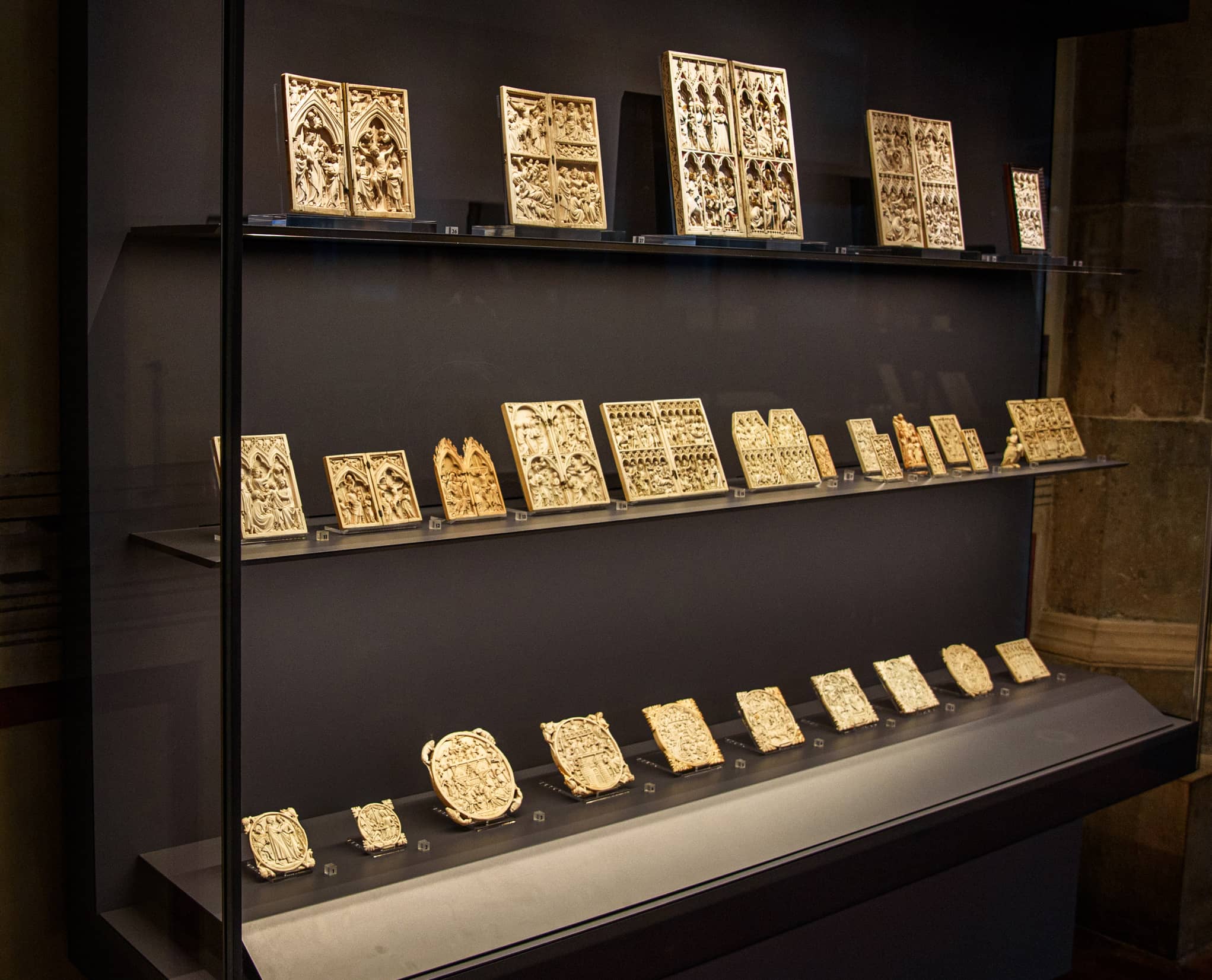 The collection of ivory objects covers 15 centuries, from rare Etruscan and Roman objects to 19th-century artefacts that are some of the most valuable in the world. There are about 250 objects on display, in a wide variety of styles and from both eastern and western civilizations. English descriptions now accompany the works for the first time. 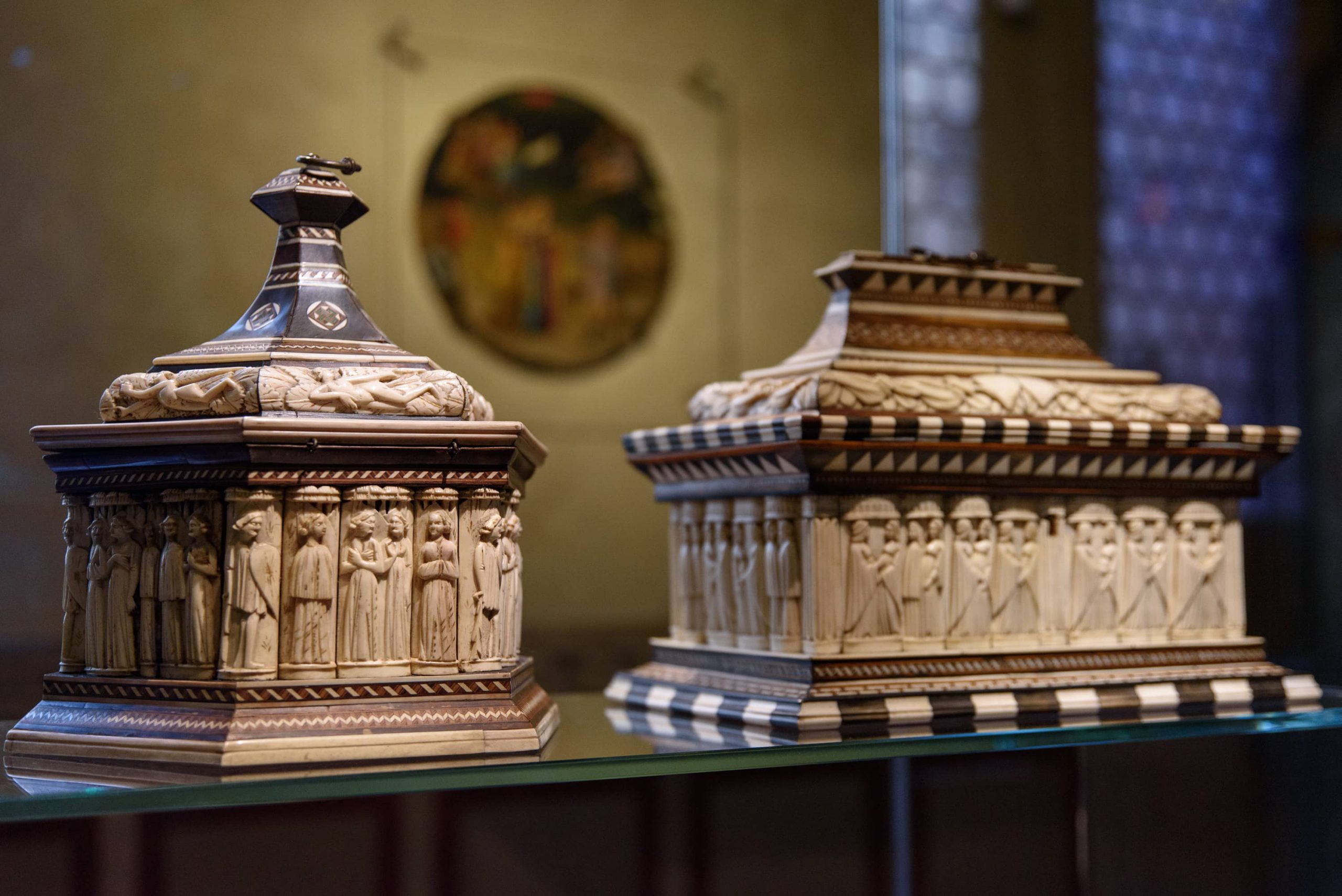 The Sala degli Avori is located on the first floor of the Bargello and exhibits precious and historic ivories such as a diptych with scenes from the life of Saint Paul and Adam in the earthly paradise and a plaque with the Byzantine Empress. Other works include the rare Carolingian Flabellum from the abbey of Tournus, the Olifante of Sainte-Chapelle, donated to the king of France in 1274, as well as medieval paintings, mosaics and sculptures. The items had previously been kept in elegant showcases that dated to the 1980s, but have now been placed in airtight systems that control the internal microclimate and ensure better conservation with a metal structure and anti-reflective and shatterproof glass. The room also sees new bases, supports and lighting aimed at enhancing both the architecture and the works of art displayed. 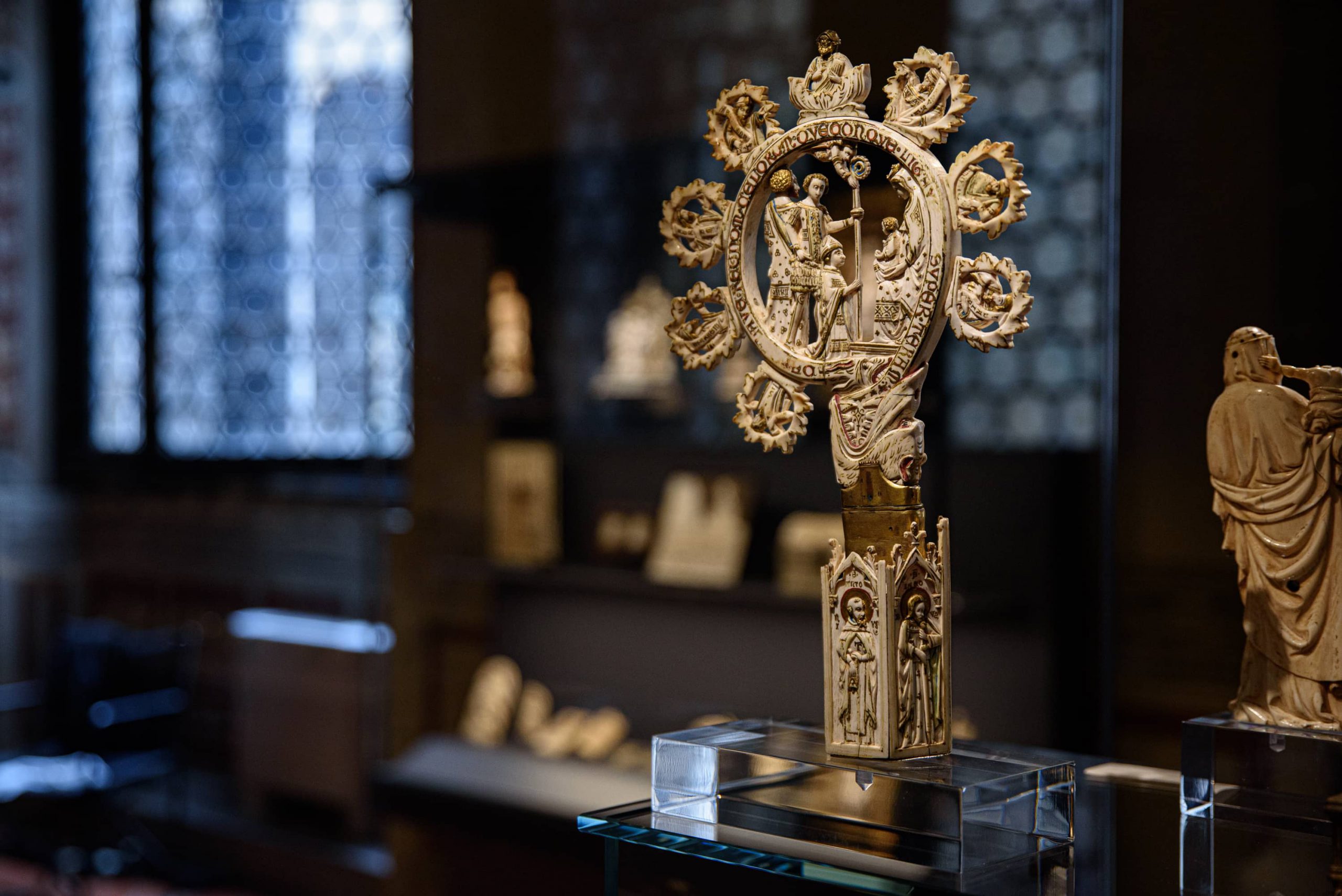 “We believe that visitors are truly special guests and we wanted to welcome them on our reopening with these extraordinary micro-masterpieces of ivory from different cultures and that are unique in the world, now rearranged in new and fascinating ways,” commented director of the Bargello Museums, Paola D’Agostino.

Many of the objects that make up the museum’s ivory collection are the legacy of the Lyonnaise antique dealer Louis Carrand who, on his death in 1888, gifted the Bargello almost 2,600 works including sculptures, jewels, paintings and fabrics. Other ivories in the collection come from 19th-century purchases and from historic Florentine grand-ducal collections.