Exposure to the elements means that the Terrazza Vasariana is about to undergo total restoration. The striking terrace overlooks the riverside lungarno Anna Maria Luisa dei Medici, with the Uffizi courtyard to the rear, and affords unparalleled views over the Ponte Vecchio. 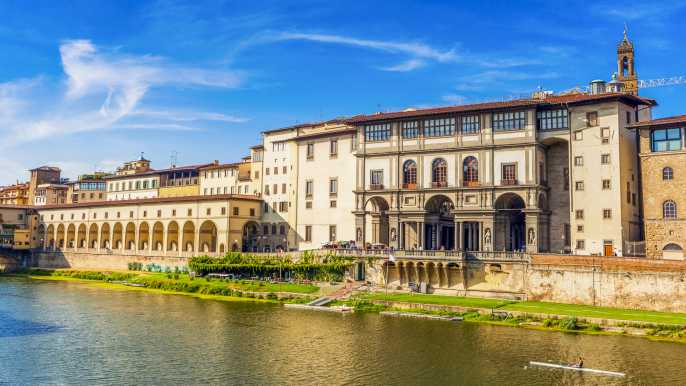 The campaign is expected to cost 300,000 euro. Work will begin in the spring and will last for six months.

“We want to restore the original beauty to the terrace’s balustrades, banistters and stone elements as well as the underlying structure, which is invisible for the most part,” commented Mayor of Florence, Dario Nardella, in a press release.

Weeds will be removed and the terrace will be cleaned by hand using chemical treatments. Stuccowork and sealant will be used where required and the masonry will be consolidated. The stone flooring is likely to be removed in order to carry out the structural reinforcement, but the same covering will be replaced at the end of the restoration.

History of the Vasari Terrace

In the 1540s, Cosimo I de’ Medici decided to gather together Florence’s main corporations and managerial roles in the piazza Ducale area. In 1546, he opened up the street between the ducal palace and the River Arno with the intention of building premises to house 13 of the main Medici magistratures. Only with the arrival of Giorgio Vasari did the idea actually happen: in just four months, in 1560, the model was ready and work began to build the Uffizi. In 1574, after Cosimo and Vasari’s deaths, first the building took shape. The narrow piazza degli Uffizi, nestled between the buildings, took root as a courtyard and a thoroughfare, with the interesting use of pietra serena, which was used at the time in inner courtyards.