BUY THIS ISSUE – The Florentine September 2022 Choose between PDF Digital edition or Paper copy delivered to your home.

Muscular and monolithic, Emanuele Giannelli’s Mr. Arbitrium is causing a stir and will remain on show by the San Lorenzo Basilica until October 31.

Knowing when to push

Timing is everything. Like not requesting a graphic design restyle during the summer holidays (actually, that went unusually well—see the expanded, new-look Best Events section at the centrefold) and choosing when to place a monolithic statue in a piazza that gets little contemporary art attention—see the cover + page 4.

The other week, I picked up a copy of Florence Stories, a comforting and beautifully designed anthology of tales written by some of the city’s most eminent chroniclers down the centuries. One anecdote amused me greatly—‘The Fat Woodworker’ dating to the 1400s. Scribed by Antonio Manetti, a mathematician and architect who is thought to have authored Brunelleschi’s biography, the cautionary tale details an overweight carpenter’s absence from a dinner among “friends”. As payback, Brunelleschi, one of the mates, comes up with a prank to convince “The Fat Manetto” that he has actually become somebody else. All’s well that ends well, although the story displays the uniquely Florentine sense of humour that occasionally veers towards borderline cruelty.

What’s interesting is that Manetti was also the heir of Brunelleschi’s commission to design the San Lorenzo Basilica, with its melodious vastness and perfect harmony, which he completed 15 years after Brunelleschi’s death. The story of the church’s façade wasn’t quite so plain-sailing, as we know. Michelangelo actively chased the commission, travelling to Rome in December 1516 and sketching his plans before Medici Pope Leo X (you can see the wooden model of the facade in Casa Buonarroti), but the Renaissance polymath struggled to secure the marble needed to finish the task. “The façade was tedious and painful for Michelangiolo, for a work that did not even have a principle of execution. It was one of the most exhausting and sterile times of his life,” wrote the essayist Giovanni Papini. While the façade never happened (Michelangelo ended up taking on the Medici Chapels instead) and the bare brick remains today, in 2022 we now have a temporary addition to the basilica. Until October 31, the ginormous Mr. Arbitrium by the Rome-born, Pietrasanta-based artist Emanuele Giannelli is enticing locals (albeit with their trademark irony, hence the tongue-in-cheek note affixed next to the statue: see page 4) and visitors for a photo op.

September is always a busy month as temperatures finally start to dip and Florentines return home, although concerns are in the air about the looming energy crisis, the forthcoming general elections in Italy and the direct impact on climate change on our habitats. (The storm on August 18 was especially worrisome as winds of up to 150 kilometres per hour ripped through Tuscany.) Sustainability expert Mary Riddle debuts in The Florentine with an article about the effects of climate change on Tuscany’s food system (page 8). Notwithstanding the doom and gloom, Florence is gearing up to offer a smorgasbord of stellar events. Highlights include the Firenze Jazz Festival (page 23), which will bring 120 top musicians to 10 outstanding locations from September 6 to 10 and 14 to 18; TEDxFiesole, in which world-class speakers are explore possibilities in clean energy, social entrepreneurship, climate, sustainable finance and new technologies at Fiesole’s Roman theatre on September 17; and top exhibitions at Palazzo Strozzi (Olafur Eliasson) and Museo Novecento (Henry Moore), plus Florence Art Week, during which many of the city’s galleries plan to extend their opening hours as part of the International Antiques Market Exhibition.

This issue contains an overview of all these events and much more as our community gets active with shows, group activities and cultural happenings. Don’t miss our Fiesole hike and wine on September 25: licensed guide Jennifer Deckert will escort us around the highlights of the hilltop town, including Monte Ceceri, where Leonardo is said to have trialled his flying machine, before savouring a cellar tour with the Montececeri estate’s wine and produce. 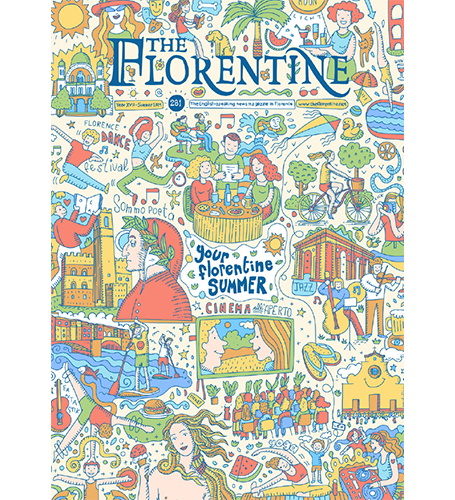 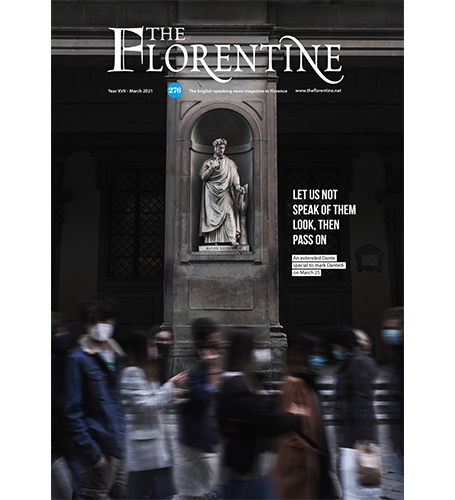 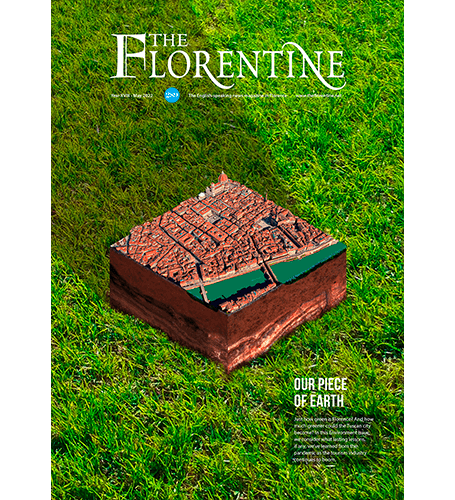 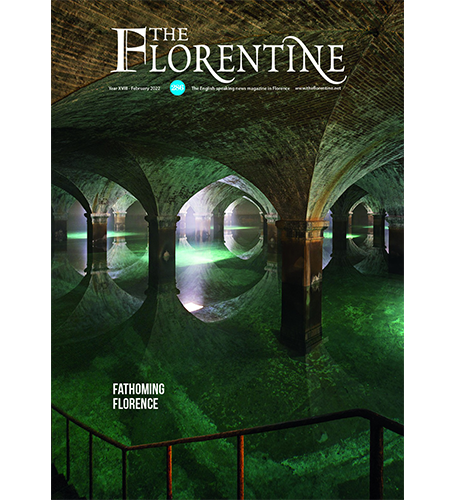