It is no secret that Italians are leaving bigger cities in search of a slower paced rural lifestyle. The current revival of small towns throughout Italy is allowing people to rediscover the beauty and  benefits of a more simple and traditional way of living. Tourism is also following the lead, and visiting Italy is no longer just about cities of art and monuments.

The “in” vacation amongst Americans has become going to an old farmhouse in the countryside to really experience nature. In response, we have seen the fast-growing trend of Agriturismo (country houses, usually family run, offering room and board and often many other activities). Today there are over 13,000 authorised agriturismi in Italy; fi ve years ago there were fewer than 9,000.  Fortunately, by boosting local economies, they are also helping to preserve the old way of life in and around these picturesque historic towns.

I am one of those fortunate foreigners who lives in a portion of a restored casa colonica (farmhouse) in the Tuscan countryside. What are the perks of living outside the city? NO traffic, NO parking  problems, LESS smog, NO crowds or noise… and, of course, that small town thing where everyone knows you and is more willing to pitch in and give you a hand when you need something. I love  looking out of my windows (which have no curtains) and seeing the green hills and open space all around me. I enjoy the silence that is broken only by the sounds of nature, making spring the noisiest season. It doesn’t leave me feeling lonely or isolated, but rather it gives me a sense of space and calm.

I feel like I have always known what the Italians seem to be “discovering” only now: that there s a treasure tobe protected in Italy that goes beyond its urban monuments and museums. It is precisely the natural beauty of its landscapes and the rich fertile earth that provides its world-renowned wines and oils (not to mention the simpler things like tomatoes, oranges, eggplants, etc, which just ‘don’t taste the same’ anywhere else!) that the Italians must protect. Finally, there are signs of hope: you can actually fi nd cases where land is being c cleared, not to build yet another condo complex, but rather to plant a new vineyard! It’s about time. But, there is still along way to go.

All over the country, there are quaint mediaeval villages called borghi perched upon rolling hills, with their narrow stone-paved streets, that seem to have been frozen in time. They must not be allowed to decay. Many are full of important artwork and artefacts, often overlooked because they are not classifi ed as “masterpieces,” or taken for granted due to the sheer quantity of art in this country.

It is clear that some of these tiny old villages would be hard to live in for many. But there are those “daring” people who fi nd that kind of lifestyle alluring. The problem has always been how to “survive” today in one of these places. Where do you work? Well, fi nally there is a growing movement  mongst local governments to sustain the development and re-population of these tiny towns. Even the federal government is deliberating fi nancial-aid packages for small towns in order to guarantee their future. (Let’s just hope that the usual bureaucratic traps don’t hold it up for decades!)

For some of the towns the answer is specialised agriculture: from vineyards and olive groves to  agricoltura biologica (organic farming). Others are counting on ‘didactic tourism’ aimed at  rediscovering the feudal heritage of the smaller, more remote towns that still maintain their historic landmarks. The burgeoning trend of turismo enogastronomico (in which food and wine become the focus of a vacation) has many scrambling to prepare wine cellars, specialised shops, and restaurants to cater to the journey of this few breed of tourist. Even the original vocation of the bed and breakfast style agriturismo is mutating to enrich its offerings and expand its services. When you think about it, it’s really a fabulous idea!!

Thus, all the indicators are positive for rediscovering some of the most ancient traditions of Italy in a new and dynamic framework that is compatible with the 21st century. In the long run, the results of this change in attitude will hopefully benefit both the land and its inhabitants. Tourists can check out what’s available, and authentic (thereby avoiding unauthorised facilities claiming to be agriturismi), by consulting the regional government websites. 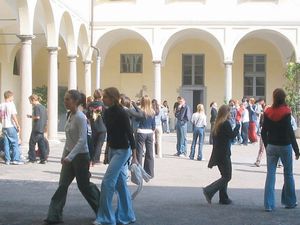 The ABCs of Italian Schooling

For many parents January was a month of choices and tribulation as they tried to register their children for school next year. This obligation was for all students who in September 2006 are to start one of the four “cycles” of Italian school: nursery school (scuola materna); elementary 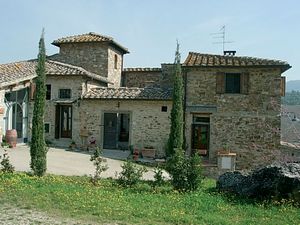