A thorn by any other name, its still a Malaspina

The noble castle of the Malaspina family lords over and hugs the ancient town of Fosdinovo, which overlooks the Lunigiana and Magra valley. Nine hundred years of history are rooted in the watchtowers and its connecting pathways, the courtyards, the crenellations, and the cornerstones of this well-preserved fortress where

The noble castle of the Malaspina family lords over and hugs the ancient town of Fosdinovo, which overlooks the Lunigiana and Magra valley. Nine hundred years of history are rooted in the watchtowers and its connecting pathways, the courtyards, the crenellations, and the cornerstones of this well-preserved fortress where the Marchesi Torrigiani Malaspina family resides to this day.

The earliest part of the castle dates from the middle of the fourteenth century, when it was built on the orders of Spinetta Malaspina, one of the leading figures of the Malaspina family, who had understood the importance of its strategic, political and military position. The castle was thus erected to guard the Appennine passes, and at the same time, keep watch on the sea. Blood relations with the Visconti, Grimaldi and Doria families made all of these defiant ‘Ghibellini’ a ‘thorn’ in the side of Lucca and Sarzana, as well as for the bishops of Luni. As it was normal for the quarrelling Italian lords of the time to keep alternate alliances, the Malaspina also sided with the Church, which allowed them to gain great fame in the battle of Lepanto in 1571.

Dante made reference to Corrado Malaspina, quoting him in the 8th Canto of the Purgatorio, in praise of the hospitality received during his exile in Lunigiana by Franceschino Malaspina, who also entrusted him as administrative curator. Dante’s sojourn at the castle is represented in the fresco depicting the Duke Moroello, who recites the Divine Comedy alongside its author. The so-called Dante room, located in the east tower, holds a precious 14th century fresco of Christ resurrected. It also shows a kneeling Malaspina, who is about to depart for the Crusades. Perhaps this figure is the Marquis Obizzo, son of the first Malaspina, Alberto, who became famous for killing King Teodoberto of the Franks, by the hand of an ancestor armed with a thorned branch which he pierced in the sleeping king’s side. Not exactly an honourable act, it was nonetheless reproduced in a large painting in the entrance hall of the castle.

The frescoes in the castle were re-created at the end of the 19th century by Gaetano Bianchi, (famous for having restored the works of Giotto). French invaders have also damaged numerous stone coat of arms on the walls of the castle during their occupation of Fosdinovo. The thorny branch is nevertheless present in many of the halls and courtyards. For example, the marble bas-relief atop of the main gate (once a drawbridge) shows a dog with the flowering branch between its teeth, symbolising the friendship between Cangrande della Scala and Spinetta Malaspina.

From every window, there are enchanting views of the surrounding Appennines, the gulf of La Spezia, the Luni plains, the Apuan Alps and the Versilia coast. In the past, however, there wasn’t much time to admire the scenery, as the castle holds a series of traps and dangers for uninvited guests. One example is the round bedroom where, legend has it, Cristina Pallavicini Malaspina would get rid of her lovers through a trap door at the foot of her bed, throwing them into oblivion. Perhaps her actions were the understandable consequence of knowing that her loving husband was murdered by his brothers, who then killed each other, leaving her under the supervision of other unreliable relatives while pregnant—with the prospect that her child would be murdered if born female. Luckily she gave birth to a boy, Carlo Agostino, born on August 28, 1671, who was placed in an iron cradle with a lock (also on display in the castle) in order to avoid misunderstandings on his legitimacy.

Ghostly sighs are not the only ones whispered in the wind around the castle as it had an active torture chamber from which few would come out alive. This round chamber continues to exude the macabre and haunting presence of the victims, tortured with various instruments on display, such as a tongue thong, spiny handcuffs, a headcrusher and steaming forks for heretics. One of the ‘guests’ of this room was Bianca Maria Aloisia. For her stubbornness in wishing to marry someone disliked by her father Giacomo Malaspina, in 1636 she was locked in a tomb cell with a dog (a symbol of devotion and faithfulness) and a boar (a symbol of rebellion). Recent restorations to the castle foundation have revealed human and animal remains chained together.

Whether or not it was Bianca Maria or another unfortunate soul, the discovery contributes to the picturesque history of the castle and its inhabitants, making it a highly interesting attraction for  tourists, a colourful example indeed of a powerful dynasty living on the Tuscan-Ligurian border. Besides offering paranormal events on nights with a full moon, the castle is situated near excellent local restaurants, which might help loosen the tension of medieval fears. 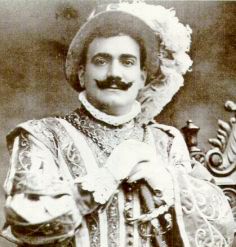 When Enrico Caruso sang Andrea Chenier from the windows of Bellosguardo, he looked out on the blue Tuscan sky and the green hills of Lastra a Signa. The famous tenor bought the villa in 1906 because of the peacefulness of the area and because the dry air would be good 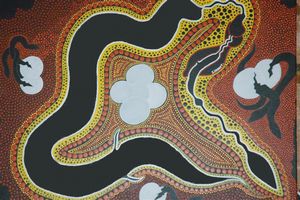 Aboriginal Australian Art has a universal theme: dreaming. This concept permeatesAboriginal culture, from ritual to contemporary art. The term refers to the time of creation when Aboriginal people and all of Nature came to be as they are: eternally interconnected with supernatural ancestors who impregnated the world they created with 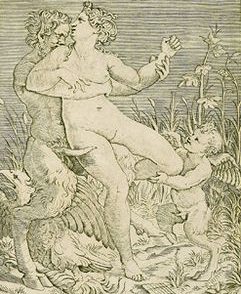 “A joy for the eyes, this exhibition warms the heart and opens the mind to dreams” This is how Antonio Paolucci, Superintendent of the Arts in Florence, described the exhibition ...