Popular opinion has it that a decrease in latitude in Italy corresponds to an increase in the quality of food, which reaches its peak in the culinary Mecca surrounding Naples and Sicily. While gross generalizations should, of course, be avoided whenever possible, I was more than happy to find a ring of truth in this stereotype.

A hectic run through the equally hectic city of Naples always guarantees a healthy appetite at mealtimes. Ducking into a small salumeria, I decided to indulge in the cheese craving that had been gnawing at me all morning and attempted to order my usual lunchtime panino of pecorino and prosciutto cotto. My cheerful request, however, was greeted by a blank and vaguely disdainful stare from the woman behind the counter. Upon my repetition of the request in slightly better Italian, she sighed and shortly replied that they didn’t have pecorino, her tone implying that I should have known.

I didn’t fully understand why until she reached behind her and pulled out a colossal ball of mozzarella di bufala. As she cut the entire mass into thick slices and placed them on two paltry (at least by comparison) slices of bread, I gulped and steeled myself for an lunchtime experience for which I could only hope my four months of endurance eating here had prepared me.

It was heaven. There is absolutely nothing like mozzarella fresh from Naples. You may not believe me, as the majority of mozzarella di bufala in Florence is imported from Naples and the surrounding region. The preservation involved in transporting the cheese, however, changes both its taste and texture. I had always found mozzarella to be a fairly bland cheese, but mozzarella eaten fresh is more flavorful, a bit sour, full of liquid and texture, and indescribably more delicious. If my Neapolitan culinary adventure had ended here, I would have counted the trip as utterly worthwhile.

Fortunately, it did not. As the effort of digesting the pound of mozzarella I had just consumed turned me near-comatose, I stopped in a small bar off of Piazza del Plebiscito and ordered a coffee. My second shock of the day came when the barman offered me a bit of water along with my coffee; as anyone who has spent time in Florence knows, you very nearly have to pull teeth to get a free glass of water to accompany your coffee. The third came when I took a sip of the coffee and discovered just how good it was. Not as bitter, thicker, and generally superior, Neapolitan coffee is any coffee lover’s dream. When I finally stopped rapturously raving about my drink and asked the barman about this gap in quality, he attributed it to the fact that the water changes between Florence as Rome, as well as the difference in the type of coffee grown.

Any discussion of Neapolitan food inevitably brings up pizza, and with good reason. Despite vague premonitions about tourist traps, I decided to inaugurate my pizza experience in Naples with dinner at Pizzeria Brandi, the site where the pizza margherita was invented. For those who don’t know the story, the restaurant, founded in the nineteeth century, was once asked to prepare a banquet for Queen Margherita di Savoia, the then current queen of Italy. The pizza, made with tomato, basil, olive oil, and mozzarella and inspired by the colors of Italy’s new flag, was so raved about that Queen Margherita accepted the token of having the new dish named in her honor. Considering the quality of the pizza here, I would consider the honor to be reversed. Having a relatively thick crust, covered liberally with fresh tomatoes, and topped off with slices of mozzarella di bufala, this masterpiece was worth its status as the ancestor of the famed original pizza margherita.

After a day of such intensive eating, I needed a digestivo, and the much -marketed and readily available limoncello provided a glorious end to a full day. A liquor consisting of water, sugar, lemon, and very strong alcohol, limoncello is a drink native to Capri that has rapidly gained quite a bit of popularity in recent years. While those who haven’t grown up around lemon and orange trees might find liquor flavored with lemon unusual, the sugar balances nicely with the tartness of the lemon to create a pleasant after dinner drink.

Even with my enthusiastic consuming of as much as my pained stomach would allow, I only scratched the surface of Naples’ famed cuisine, having neither the time nor energy for the wine (both red and white), sfogliatelle (a warm, flaky, ricotta filled pastry), babà (a rum-soaked dessert), and more. Naples always inspires passionate responses in all its visitors, whether it is one of love or hatred, and its food does the same, with the difference that any food-lover cannot help but love the local cuisine. 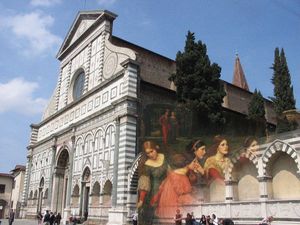 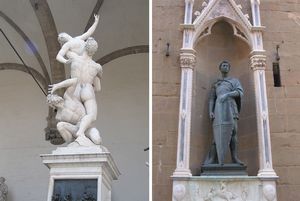