While women whom we know to have painted professionally (and quasi-professionally, as in the case of nuns, who received no personal financial profit from their labors) rightly deserve attention, we must wonder if other women practiced the fine arts at this time. Were there women in seventeenth-century Italy who practiced painting as an amateur activity?

For all these reasons, a recently discovered document from the Medici Granducal Archive is particularly valuable. In a letter from July 1658, Torquato Montauto, the Roman representative of the Grand Duchy of Tuscany, reports to the Florentine court on the marriage of a beautiful Roman noblewoman of excellent lineage, Maria Virginia Borghese, to Agostino Chigi, the dashing nephew of the reigning pope, Alexander VII.

As was the custom, the bride would soon move to the home of her husband’s family, Palazzo Chigi in Piazza Colonna, which now serves as the seat of Italy’s prime minister. Several of the palace’s rooms were assigned to the bride, and, in anticipation of her arrival, the walls were draped with a crimson silk damask embellished with fringes and lace of real gold. The rooms were furnished with several large ebony chests to contain her belongings.

From Montauto’s earlier letters, we know that the Chigi family was also preparing a new carriage with velvet upholstery as a gift for the young bride, and that the pope had given his nephew a credit of 80,000 scudi to spend on jewelry for her.

For their part, the bride’s family provided a dowry of 180,000 scudi, which, according to Montauto’s other letters, the groom promptly used to purchase the holdings and hereditary title of the Principality of Farnese-thus attaining overnight a noble status on par with his bride’s.

In addition, the Borghese regaled the groom’s family with items whose refinement, preciousness, and craftsmanship all betokened a joyous welcoming of the familial alliance.

The gifts made to the groom’s aunt and uncle, into whose household 16-year-old Maria Virginia Borghese was about to enter, were further enhanced by a special, touching detail: the bride herself had hand-painted each one. In his letter, Montauto underlines this remarkable fact, recognizing that the bride’s personal elaboration of these wedding gifts not only demonstrated sentiment and esteem for her new family, but also gave testimony of her artistic virtuosity.

Needless to say, she must have been uncommonly talented to have dared apply her paints to such a costly and exquisite object as a fan made of amber and encrusted with diamonds. She also enhanced with her brushes the beauty of two fabulously ornamented silver canisters. Apparently, the young bride had mastered techniques for painting on a variety of substances, including metallic ones, both smooth and modeled.

From whom did she learn her skills? It is not possible to say. We can surmise, however, that her parents were proud of her talents and that they exploited this tradition of exchanging wedding gifts as an opportunity to bring their daughter’s skills to the attention of her new family. They must have hoped that in her new home she would continue to receive encouragement and opportunities to practice her art-an art that perhaps never touched the vulgar weave of canvas. 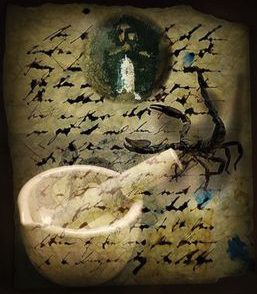 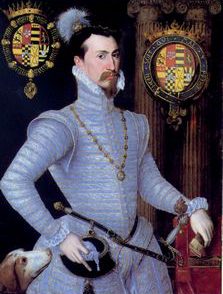