On the occasion of the 20th anniversary of photographer Robert Mapplethorpe's death, the Galleria dell'Accademia will exhibit a collection of his work. This exhibition, which runs until September 27, 2009, is a landmark one for the Accademia: it is the first time the museum will show the photographic

On the occasion of the 20th anniversary of photographer Robert Mapplethorpe’s death, the Galleria dell’Accademia will exhibit a collection of his work. This exhibition, which runs until September 27, 2009, is a landmark one for the Accademia: it is the first time the museum will show the photographic works of an internationally renowned artist.Called Perfection in Form, the exhibit places great artists of the past and present side by side. Curators Jonathan Nelson and Franca Falleti juxtapose Mapplethorpe’s works with those of Micheangelo and Pontormo. ‘One of our goals by putting the works of Michelangelo next to the works of Mapplethorpe, is that one sees not only the connection between the two but it changes the way you see both artists,’ said Nelson, coordinator of the Art History Department at Syracuse University.  ‘It creates something different: it’s not Michelangelo plus Mapplethorpe, but rather it becomes a dialogue,’ said Nelson, explaining an idea that permeates Mapplethorpe’s art.  A conversation between Mapplethorpe and Michelangelo began with a simple conversation last November when Nelson gave Patti Smith, a close friend and once a subject of Mapplethorpe’s photographs, a tour of the Accademia. ‘Patti Smith said that Mapplethorpe was fascinated…with Michelangelo, especially in the very early years when she knew him,’ he said. ‘When she first met Mapplethorpe, they looked at some of his books and one of his books was one of Michelangelo’s sculptures, and in a little-known work of Mapplethorpe’s he includes a photograph of Michelangelo’s sculpture, The Slave.’  The exhibit features 91 of Mapplethorpe’s twentieth-century still life images in dialogue with Renaissance sculptures. Included in the exhibit is an early piece, Slaves, which references Michelangelo. In addition to works by Michelangelo, works by Giambologna, as well as contemporaries who Mapplethorpe often referenced, including Andy Warhol and Brice Marden, complete the exhibit.‘We begin with the presumption that a true break between classical art and contemporary art does not exist,’ said Falleti, director of the Galleria dell’Accademia.Perfection in Form seeks to present an often forgotten aspect of Mapplethorpe’s work: his pursuit of perfection and form. ‘I am trying to capture what could be sculpture,’ Mapplethorpe once said. ‘I never liked photography…not for the sake of photography. I like the object. I like the photographs when you hold them in your hand.’According to Falleti, the works in the exhibition were chosen to draw attention to some fundamental principles regarding the theory of form as applies in all of Mapplethorpe’s works.The photographs, divided into four groups, confront the central theme of Form: geometry of Form, fragment as Form, repeating form and sculptural Form. The purpose is thus not to display all of Mapplethorpe’s works but rather to focus on how his obsession about Form reverberated throughout his works, ultimately providing for the connection to Michelangelo.  Mapplethorpe, often known for his controversial images of homoeroticism and masochism, sparked national controversy in the 1990s when the Corcoran Gallery of Art in Washington, DC refused to host a travelling exhibit of his X Portfolio Series. ‘For two years or so he did explicit images of masochistic gay sex, and that is what he’s primarily known for-for those who support and attack him,’ said Nelson.

According to Nelson, Mapplethorpe’s search for perfection and Form are exemplified in the works chosen to complete exhibit. The photographs relay not only the duality of Mapplethorpe’s works, but also demonstrate a variety of his subjects-still lifes, portraits and male and female nudes.The Venus and Cupid, by Michelangelo and Pontormo, are exhibited next to two photographs of Lisa Lyon, from 1982, in which the photos of Lyon are an ‘exalting display of the female body through masculine energy,’ while the Pontormo conveys ‘a melancholic mediation on that precarious state of grace,’ said Falleti.  ‘The more pressure that is placed on the need to make a definite choice between…light and shadow, black and white, masculine and feminine, the more these choices are negated,’ she reiterated.  ‘Form, in fact, assumes the function of regulation and structure through which a material is molded, which for Mapplethorpe is neither marble nor bronze, but the chaos of his emotionality.’Noted as ‘courageous’ by Cristina Acidini, superintendent of the museum system of the City of Florence, the exhibition inwich incorporates the works of Robert Mapplethorpe in the Galleria dell’Accademia, even if temporarily, means introducing an extremely controversial guest.’‘It unites the greatest “sacred untouchables” in the history of art, Michelangelo’s sculptures, with an artist of contemporary photography who has provoked perplexity, reaction and scandal everywhere,’ she said. Perfection in Form is a part of Florence’s celebration of a Year in Art 2009. For more information about other events, see www.unannoadarte.it. 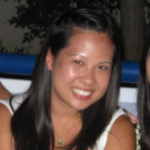 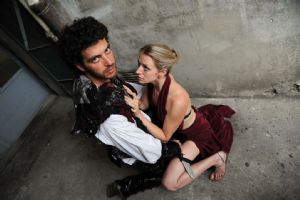 ‘Something wicked this way comes’

As daylight wanes over Florence, the divide between man and fate collide in this summer's performance of Shakespeare's Macbeth. The study of murder, greed, and deception will be played out in the former execution grounds of the Bargello Museum.   ‘Florence English Speaking Theatrical Artists (F.E. 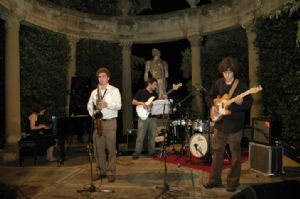 NYU The Season, ART in the garden

Sticky hot summers in Florence are often' equated with crowds of people and endless lines. However, an escape does exist beyond the humid city center. Away from the crowded streets, nestled in the hills of via Bolognese we find Villa La Pietra, a reminder that Florence's heart-rending beauty