The most awaited Florentine museum event of 2016 is the opening of the new Museo degli Innocenti in piazza SS. Annunziata, after a 12.8 million euro expansion project.

To reach the office of the president of the Istituto degli Innocenti, Alessandra Maggi, you need a guide who can navigate the maze that is this institution. The doorways, stairways and hallways that connect this cluster of buildings are as complex and multifaceted as the many activities it has housed over the centuries and still houses today. The office is huge, with the high ceiling that characterizes palazzi of past centuries and defies adequate heating. Yet Dr. Maggi, 70, who has been at the helm since 1999, warms it up with her energy, launching into an enthusiastic description of how the new museum will finally tell Florentines—and the whole world—what has gone on behind Brunelleschi’s portico for all these years. 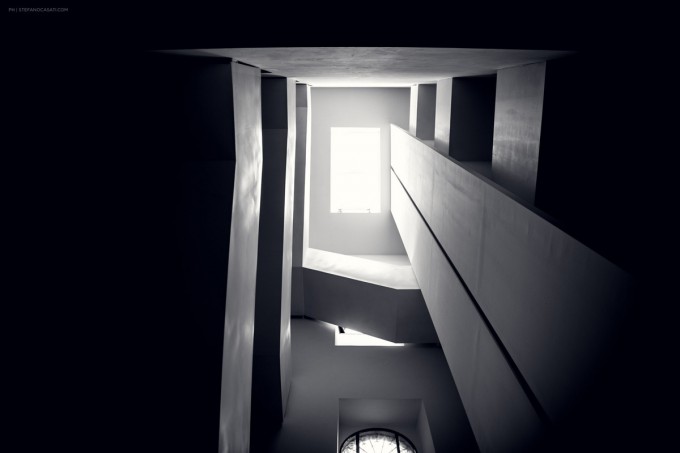 Established as the Ospedale degli Innocenti in 1419 through a generous donation by Francesco Datini, “the merchant of Prato,” the Innocenti became the first lay institution in the world to be dedicated entirely to infancy and childhood. When it opened its doors in the middle of the fifteenth century, it welcomed children who had been abandoned by their families for various reasons, generally extreme poverty, centralizing a service that had previously been distributed amongst multiservice hospices throughout Florence and the surrounding countryside. The portico, designed by Brunelleschi, was intended as an opening on to the city, both welcoming and protective, an architectural symbol of the state-run “family” within. Children were accepted, documented, sent to wet nurses, educated and eventually inserted into the community through apprenticeships or entry into domestic service.

Scheduled to open on June 23, 2016, in time for the city’s San Giovanni celebrations, the new Museum of the Innocents, with its almost 1,500 square metres of exhibition space and even more room for conferences, intends to become a new centre for tourism and congresses. It has taken three years of renovation and restoration, with a price tag of 12.8 million (7.2 million euro from the Tuscan Region), to create additional entry from and exit to the piazza, a more effective museum layout and a rooftop café. The museum has already successfully attracted numerous donations through its “adopt a work” scheme to fund restoration of single artworks, but, once open, the project will have to sustain itself through ticket sales. Maggi is confident that visitors will want to come check it out and also return.

The biggest draw of this museum may not be its 80 or so artworks by famous names like Domenico Ghirlandaio, Sandro Botticelli, and Luca and Andrea della Robbia. Rather, the highlights are the children who passed through these doors, who were abandoned at its little window and later at its ruota, whose stories will tug at our heartstrings and have us returning for more. Through decades of archival work, historians have managed to reconstruct the stories of 70 innocentini, who come alive for visitors through audio and video. Although the stories from earlier centuries are incomplete, there are touching testimonials from more recent years, including those of Innocenti residents writing home from World War I or from America, where they had recently immigrated. These stories create a remembrance of individuals who, together, make up the entirety of the institution and its activities. It is a museum about children, for children: tall adults will have to bend down to read hip-high labels, while kids can perch on small chairs and enjoy special activities.

The museum does not just dwell on the past but brings visitors right up to the present—and future. It reflects the recent and ongoing work of the Istituto degli Innocenti, which has housed UNICEF’s Global Office of Research since 1988. Together, they have established an important library for research on and documentation of childhood. The Innocenti has managed a national centre for documentation and analysis of childhood and adolescence since 1997, advising the government on relevant policies both for healthcare and for education. This work is grounded in experience, as the Innocenti maintains daily contact with children and families through numerous activities: a small first-response centre for the temporary care of at-risk children; the management of three large day-care programs for a total of 150 children; the management of a home for the integration of migrant families in a villa near Borgo San Lorenzo; and a recently established centre for teens in Brozzi.