Living and giving in Tuscany

Five years ago, Rita Richardson, a language teacher of Italian descent, and her husband Tim, who owns a consulting business in the United States, decided to fulfill their dream of purchasing a second home in Tuscany. In Castiglion Fiorentino, a dreamy Etruscan hilltop town, the Richardsons bought a house in a medieval alley, intending to live there for part of each year to immerse themselves in local culture and history. It never crossed their minds that this immersion would start with a deep plunge and that the springboard stood just a couple of buildings down their doorstep: the splendid Baroque chapel of San Filippino, which the pair has since rallied their community to restore. 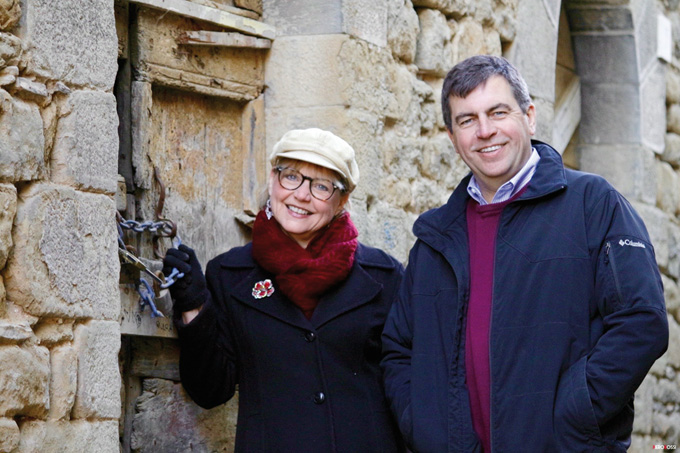 Rita quickly made friends with the neighbours. As described by Rosalba Pepi, “Not long ago, Rita arrived here in our lane, and she immediately became one of us. She brought along her curiosity for these old walls. She started looking through the cracks in the door of this church and saw what was inside. And so she decided to do something about it, to see the chapel reopened. Rita piqued our curiosity as well,  because we had never seen its interior, and intrigued us with ideas for its restoration.”

Tim warmed up to Rita’s idea after he did some research about the chapel and San Filippo Neri, the sixteenth-century saint whom the church is named after. San Filippo Neri’s philosophy was to make the word of God accessible and attractive to people from all walks of life, irrespective of class, and unite these through informal communities called oratori.

“I discovered what a wonderful person San Filippo Neri was and what he was trying to promote,” says Tim. “Years ago, in this very building, they were living San Filippo’s mission every day. This restoration project would be a means of giving something back to the community of Castiglion Fiorentino.” 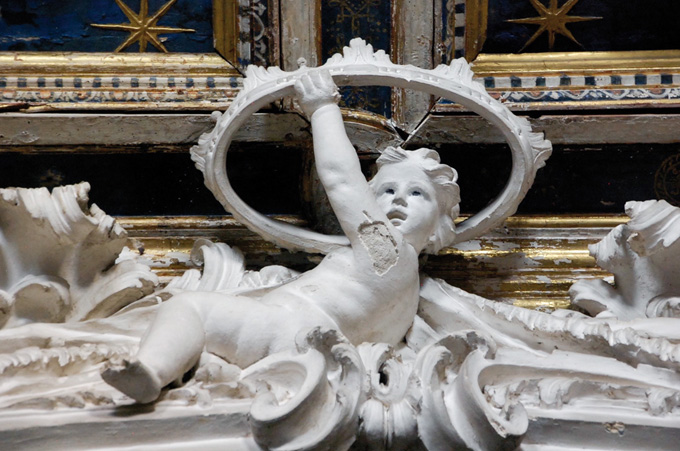 The Richardsons’ vision is to see San Filippino restored to life, attracting visitors to Castiglion Fiorentino. One of the possibilities they see for the restored oratorio is for it to become a hub for visiting artists, musicians and scholars, whose presence and cultural interaction would also boost the town’s economic activity.

The Richardsons took their ideas to the archbishop of Arezzo, Mgr. Riccardo Fontana. “He has been very approachable and supportive,” says Rita. “When we proposed ongoing maintenance for San Filippino, as well as long-term plans, he gave us the green light.”

To collect funds, the couple set up a non-profit organization, Friends of San Filippino (www.friendsofsanfilippino.org), based in the United States, where current tax laws provide incentives for charitable giving.

The early years of the project were very challenging. The Richardson’s first attempts at getting the townsfolk on board seemed to go nowhere. The economic crisis had etched a deep pessimism upon locals. Residents would comment that money was in short supply, or that the derelict chapel was someone else’s responsibility.

Undaunted, Rita spent most of her time in Castiglion Fiorentino meeting people and explaining that if nothing was done soon, San Filippino, with its exquisite Baroque décor, would be lost forever. Her enthusiasm proved contagious, and the townspeople, admiring her perseverance, started offering their support. People embraced the project for various reasons:  love for art, history, culture, and, for one resident, family: San Filippino was the church where her parents got married.

Navigating the complex bureaucratic channels required tact and patience. Each small step of the restoration project was a learning experience for the couple, as it required the approval of both the Curia and the Italian authorities. They discovered that they sometimes had to curb their enthusiasm: Italians are more careful than Americans when historic buildings are at stake.

The Richardsons are now facing the daunting challenge of collecting funds in the United States to support the restoration. “We would like this project to be a template for others, and would be happy to share our experiences,” says Tim. “There are many people in the United States who, like Rita, have family ties in Italy, and we want to show them that it is possible to take action about a place that you care deeply about.”

The couple plan to travel to cities with high densities of people of Italian descent, such as New York and San Francisco, to talk about their project. They believe that if audiences hear about their mission first-hand, they will offer financial support.

Rita and Tim Richardson’s commitment to the project exemplifies their approach to living the Tuscan dream. It is not enough just to dwell in one’s beloved adoptive home: one should give back something of value to the community. 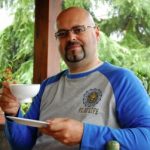 Richard Zahra is a freelance travel writer whose features have been published in magazines across the globe. His deep-rooted affection for Tuscany has spurred him to write about the region?s history, cuisine and noble wines. Richard has family ties in Italy and is also a fluent Italian speaker. Visit http://richardzahra.weebly.com/ for more information or contact him at richardzahra2006@yahoo.com. 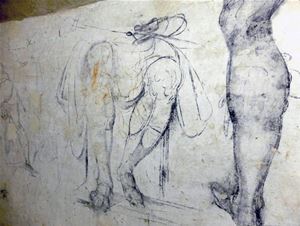 In 1975, the chance discovery of a secret underground chamber beneath the Medici Chapels led to an even more stunning revelation: 400-year-old graffiti that provides an insight into what seems to have been the most turbulent period of Michelangelo’s life—the 30 days of fear, 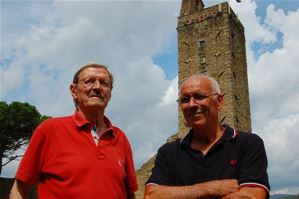 Danilo Grifoni (left) and Mario Menci (right)   Inspired by the lucky discovery of an ancient golden earring, amateur archaeologists Mario Menci and Danilo Grifoni pushed back the officially recognised origins of their hometown, Castiglion Fiorentino, by more than a millennium, back to the age of the Etruscans. The golden