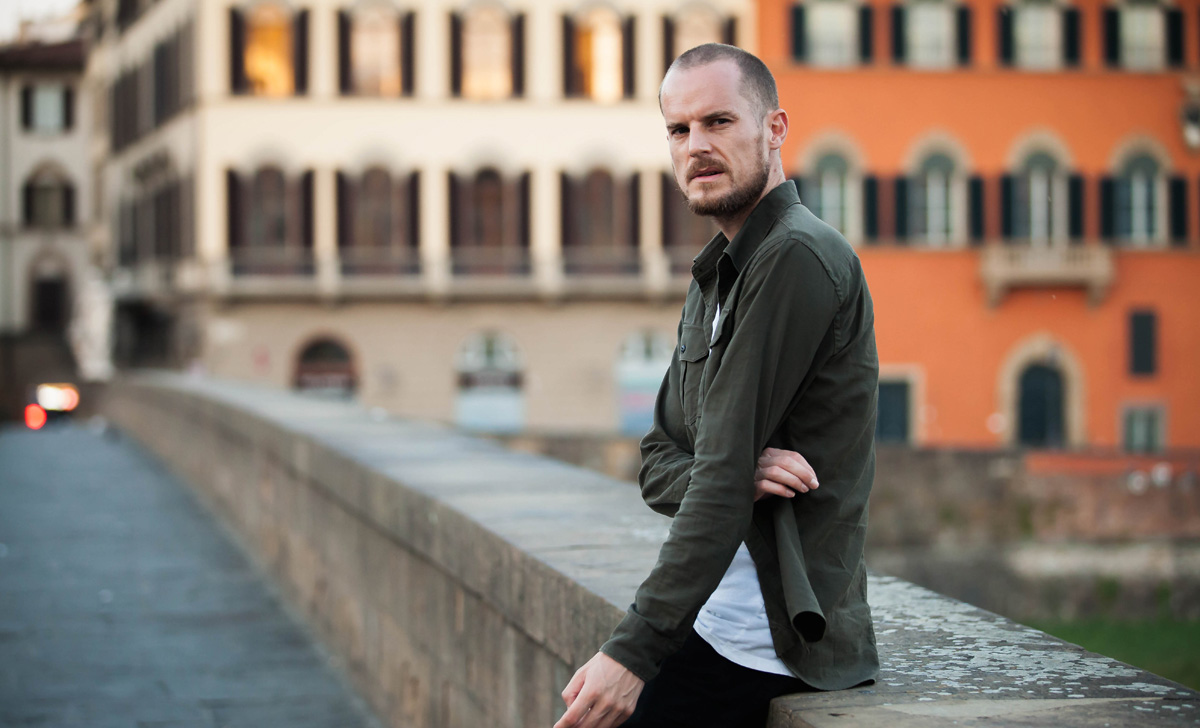 He’s called Florence home for two years, but Tim’s connection to Italy dates back to his teenage days. As a sixth-former he took part in a cultural exchange program between Northampton and Turin. Traveling abroad without his parents—and with the beauty of Turin as the backdrop—was a game-changer: “I wasn’t particularly happy at school and that group helped me find an outlet, allowing me to see that there was something out there besides just school and life in the UK…it blew me away and gave me perspective,” he explained.

It also ignited his interest in the language. With limited options at his school, 16-year-old Tim took up evening Italian lessons with a colorful mixed-age cast: a “village course,” he calls it, complete with elders—many of his fellow students “were so old you never knew if they’d be there the next week.”

He soon reached a level sufficient for studies at the University of Exeter, where—more than a decade prior to his turn as Gian Gastone—he completed a module on the Medici family and spent his first year studying Machiavelli. Describing The Prince author as “demonized,” Tim says he’s always felt a certain kinship with “historical figures who were a bit outrageous and didn’t conform.” (Galileo, Caravaggio, Michelangelo and other “bad boys” of Italian history all register as roles he’d jump at, if given the chance). 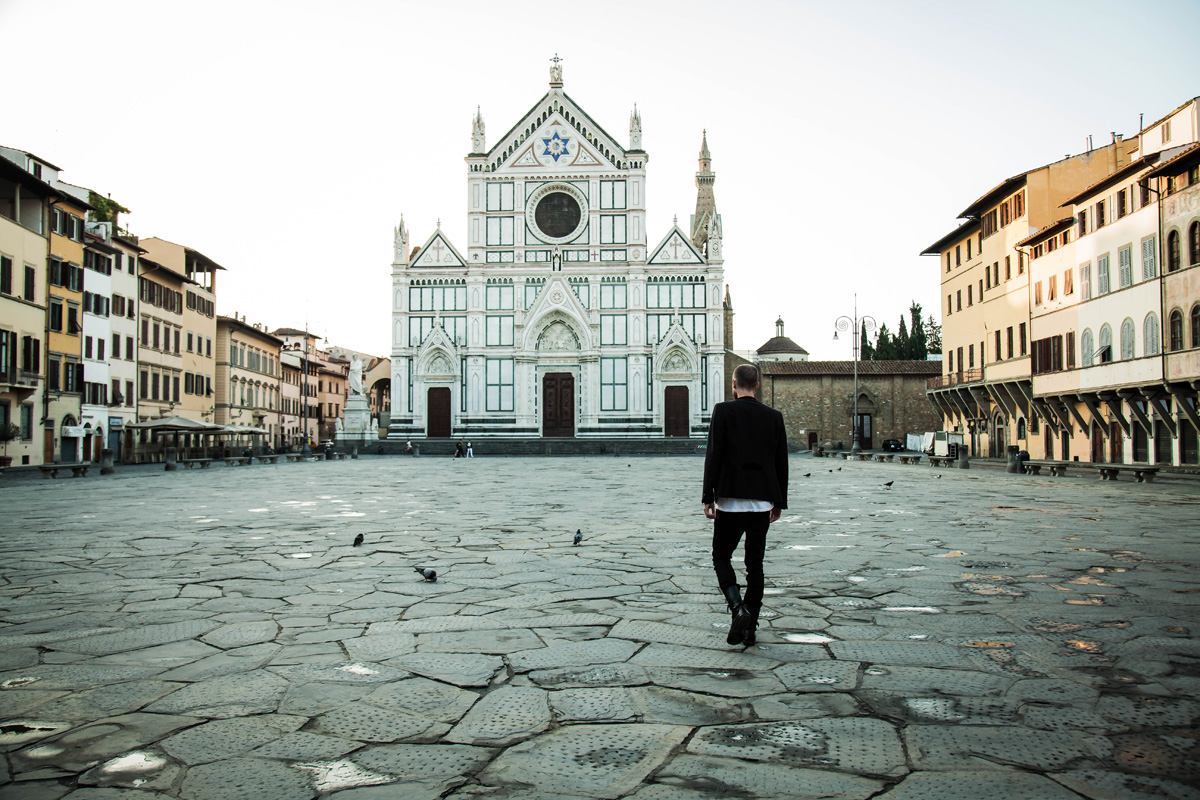 Landing a role in a traveling production of The Winter’s Tale steadily brought Tim more work, including stints in the West End. But it was an Italian friend who set the stage for his path to Florence. Tim connected with a Rome agent who was headhunting mother-tongue English, Italian-speaking actors, and soon snagged a spot on a RAI miniseries about Tuscan journalist Oriana Fallaci. Filming took him to Vietnam, Tunisia and Rome, and the Florentine transition began when Tim’s colleague, actor Maurizio Lombardi, encouraged him to visit the Tuscan capital.

Despite its long history of subversive characters, Florence had never had much pull for Tim. He’d stopped in on the odd day trip, but was less than moved by the English-speaking masses. With a few projects in the pipeline, however, he began reconsidering the Renaissance city—particularly its livability and convenient location between Rome and Milan. Once he’d decided to stick around, he stumbled upon The Medici Dynasty Show.

Portraying the charismatic Gian Gastone has deepened Tim’s relationship to Tuscany, and particularly to Palazzo Pitti. “When I go there now, I take note of the fact that I have a proprietary interest in the place. I’d never been to the Silver Museum until recently, there on the ground floor, where Gian Gastone was. I was having all of these flashbacks to moments in the show…Medici history is so rich, and the more you delve into it, the crazier it gets.”

Could it be said that with a Grand Duke role comes grand responsibility? Not necessarily. Some audience members are barely familiar with the Medici, but Tim doesn’t obsess over making the “right” impression—after all, Gian Gastone certainly didn’t. “You can’t feel too responsible for the conclusions your audience makes. The most important thing is that the person you’re portraying feels like a human being and not a wax work.”

After a pause, Tim gambles: “I don’t want to put down Italian actors, but I think they do themselves a disservice. The term recitazione (acting) implies reciting, creating an artifice rather than a reality, churning out the same thing. But acting is about doing. The great thing about theatre is that there’s always that immediacy—it’s called a play for a reason.”

Tim makes room for other types of “play”, too. He stays busy with his band and with the Gruppo di Teatro Santo Spirito, a Thursday night training ground for acting and script development, which he founded. Florence’s accessibility keeps him anchored here: “I can do 4 or 5 meetings in a day, then go to band practice above the café…I believe you can make anything happen anywhere, but here I’ve been able to do many things that would have cost so much more in London—in every aspect.” It helps, of course, that his dynamic daily life rarely feels like recitazione.

Best bar for an aperitivo?
L’Angolino.

Best restaurant or place for bistecca fiorentina in Florence?
Restaurant: Osteria Pastella, in via della Scala, where you can eat well for 20 euro or 200 euro. For steak, Neromo.

The biggest difference between Italians and Brits?
Italians go home for lunch. That says a lot.

Favorite Florentine, past or present?
Donatello.

Strangest thing you’ve seen in the city?
Lampredotto, in and of itself, is very weird. But I love it. And my favorite place to get it is from the trippaio in piazza dei Nerli.

Pet peeve or something you will never get used to living here?
Tourists walking really slowly.