The rich and beautiful of Italy’s fashion world, including Diego Della Valle, Nina Testa Fuerstenberg, Matteo Marzotto and Lapo Elkann, attended the funeral of Vogue Italia editor-in-chief Franca Sozzani at the San Giorgio church in Portofino, following her death from cancer in Milan on December 22, 2016, a month before her 67th birthday. At the same time, other important industry names like Domenico Dolce and Stefano Gabbana, Roberto Cavalli and Karl Lagerfeld gathered at the Italian embassy in Paris to honour the life of this woman who had been an influential soothsayer and emissary of Italian style at the helm of the country’s leading fashion magazine. 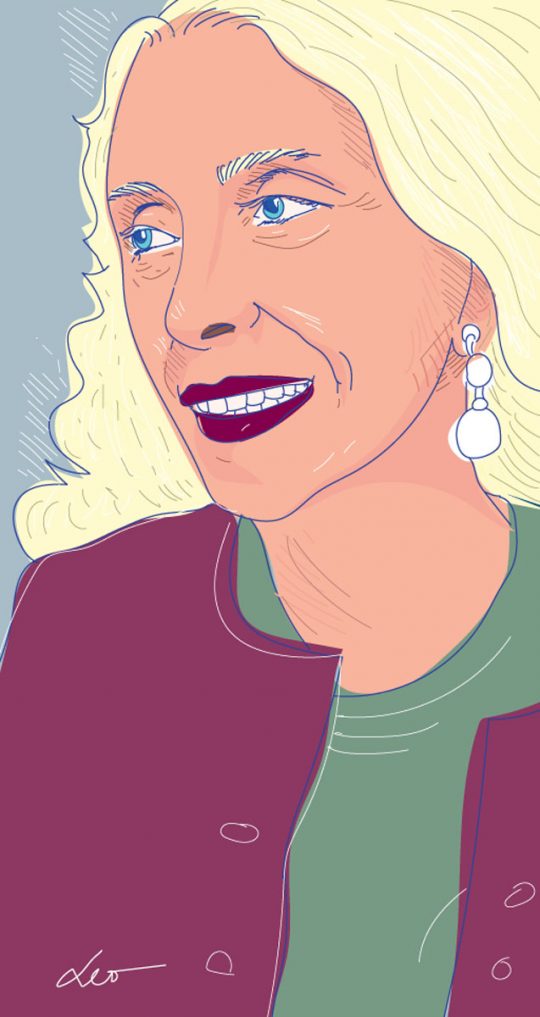 In over 25 years as editor of Vogue Italia, Franca Sozzani put her creative stamp on the magazine, giving it its own distinctive “look” that distinguished it from its  high-powered “sisters” within the global Vogue family. She knew instinctively that if Vogue Italia was to be an international player in the fashion stakes she could not rely simply on words because, as Sozzani said, “Vogue was in Italian, but I wanted to speak to everyone so I thought of creating images that were made to talk.” Through the artistic freedom she allowed great photographers like Steven Meisel, Bruce Weber and Peter Lindbergh she showed she was unafraid to interpret clothes and accessories through culture, pop and otherwise, and even more  radically, through political and/or social issues. Her unorthodox and provocative fashion-shoots touched, for instance, on cosmetic surgery (2005), drugs and rehab (2007) and, controversially, domestic violence (2014).  In 2008, she used exclusively black models in a popular special edition; in 2010, the models became oil-logged mermaids washed up on a beach in response to the BP oil spill in the gulf of Mexico; and, in 2011, plus-size  models in lingerie graced the cover. At first this revolutionary approach lost more timid advertisers, making the publisher wonder whether or not to fire her. Instead he persevered and, in the long run, both were right.

Born into a well-off family in Mantua on January 20, 1950, Sozzani earned a degree in German philosophy and philology at Milan’s Università Cattolica. Her magazine career began as a copyeditor with Vogue Bambini in the 1970s. A workaholic, she soon climbed the ladder until, in 1980, she was promoted as editor of Lei and three years later, of its male version, Per Lui. In 1988, she took on responsibility for Vogue Italia and, in 2006, for L’Uomo Vogue. In 2010, she launched the Vogue.it website and wrote a widely followed blog for it. Vogue Gioiello and Vogue Accessory were soon added to her dominion. Reaching her peak in 2015, she was made editor-in-chief of all Italian periodicals under the Vogue banner.

A small woman in height and weight with a soft speaking voice, Sozzani had a mane of long, crimpled blond hair and piercingly beautiful blue eyes. Remembering their 30 years of friendship, Anna Wintour, editor of American Vogue, commented that “in private, Franca was warm, clever, funny, and someone who could give the Sphinx a run for its money when it comes to keeping a confidence. She was also the hardest-working person I have known…” High praise from the doyen of Condé Nast International’s flagship magazine.

In her personal life, Sozzani met her future—and only—husband when she was 15 years old whilst on holiday with her family in Sanremo. They married when she was 22. After a two-month honeymoon, in the third month they separated before she took off for India and London, which being the swinging Seventies had a major impact on her creative future. Two decades later, in 1982, her son Francesco Carrozzini, now a photographer and film maker, was born. Only recently, in a documentary about his mother, “Franca: Chaos and Creation”, which took him four years to make before eventually presenting it at the 2016 Venice Film Festival, Francesco discovered that his mother brought him up alone because his father was married to someone else when he was born. Sozzani was also especially close to her lookalike older sister, Carla, a former editor of Italian Elle, and owner of a gallery in Milan, with a branch in Seoul, Korea. A private person, Franca’s last, long-term relationship was with journalist Alain Elkann.

Throughout her working life, Sozzani dedicated much time and energy to discovering and nurturing talented new designers and photographers through projects like “Vogue Talents” and “Who Is On Next?” Since it was founded by Gianni Versace in 1992, she campaigned for Convivio to raise funds for Anlaids, a national association combating AIDS and, from 2013, she chaired the European Institute of Oncology IEO Foundation because she firmly believed that “giving back is the new luxury”.