If the idea of navigating menus filled with pizza and pasta has been keeping you away, it’s time to learn two words: senza glutine.

If the idea of navigating menus filled with pizza and pasta has been keeping you away, it’s time to learn two words: senza glutine.

I’m enjoying lunch in the shadow of Brunelleschi’s dome in Florence, Italy. The restaurant’s patio offers a view of piazza Duomo’s centuries-old beauty, as well as the more modern sight of tourists expertly maneuvering their selfie sticks. I bite into the slice of pizza in front of me—and taste fresh tomatoes.

Any passerby might think it’s a typical scene in the historic city. But at home in the U.S., as I prepared for two semesters of studying abroad, the thought of fulfilling this tourist fantasy seemed nearly impossible. As someone who avoids gluten, a protein found in wheat and other grains, I had resigned myself to nine months of enviously watching strangers as they munched on heaps of pasta. But what I discover once I am in Italy is an entirely different situation. Instead of the unadorned salads and grilled vegetables I had anticipated, I am finding limitless dining options.

Italy may be the land of bread, pizza and pasta, but I now realize that it may also be the land of the gluten-free. Who, I wonder, can I thank for this change in fortune? When I returned to Florence almost a year later to visit friends, I learn that his name is Salvatore Urbano. I had stumbled on his family’s restaurant, Ciro & Sons, many times while I studied here, unaware of its gluten-free history.

Salvatore’s brother and the restaurant’s director of public relations, Giuseppe Urbano, tells me that Ciro & Sons opened in the year 2000. The brothers’ father, Ciro Urbano, decided to create a family restaurant after his four sons followed in his footsteps and graduated from culinary school. Soon after, Ciro’s oldest son and the restaurant’s head chef, Salvatore, ventured into gluten-free cooking.

When I first discovered Florence’s abundance of gluten-free options, I assumed it was a product of the Italian willingness to accommodate the whims of tourists—an appropriation of a trendy American eating habit. But it turns out that this was far from Salvatore’s mind when he began his research into gluten-free dining. His intuition stemmed from a much more personal motivation: His wife’s twin sister has celiac disease, an autoimmune disorder where the consumption of gluten causes damage to the small intestine.

Salvatore began to offer gluten-free pasta cooked in a separate section of the kitchen about 15 years ago, but his real success came around 12 years ago, when he perfected the flour for his gluten-free pizza. When his family first tasted his gluten-free dough, “we were all in shock,” Giuseppe says. A year later, Salvatore went on to win the World Championship Pizza Competition in Rimini, Italy, for both gluten-free and organic pizza.

This was all happening at a time when, Giuseppe points out, it was very hard to find gluten-free options anywhere at all. In fact, when Salvatore introduced his gluten-free alternatives to the restaurant, Ciro & Sons became the first restaurant in Tuscany to do so.

“We have a history, we were the first,” Giuseppe says of what makes his family’s restaurant stand apart in the city’s gluten-free dining scene. And the brothers’ stereotypical Italian warmth doesn’t hurt, either. By the end of my nine months in Florence, at least two of the four brothers knew to add “gluten-free” to my order without asking.

It seems this inherent compassion inspired their gluten-free success. “Fifteen years ago, people who were celiac were very scared because nobody understood the problem. They would even bring their own food to restaurants because they were so scared of cross-contamination,” Giuseppe says. “My brother, he said, ‘I understand that you are scared.’”

Since Salvatore’s revelation, the rest of Italy has quickly caught up. Today, the Italian Celiac Association recognizes over 4,000 restaurants as adequately gluten-free. And the level of awareness about the disease among restaurant staff and regular Italians is quite high—as proven when Giuseppe begins to rattle off statistics about the gluten-free in Italy.

He tells me that, as in the rest of the world, about one percent of people in Italy have celiac disease. In addition, 10 to 20 percent of people in Italy, and in Europe in general, are gluten sensitive. Now, he says, there’s a third group: people who have made the diet a lifestyle choice. What’s more, with food being so central to social life in Italy, an entire table will often eat gluten-free to support a diner who cannot stomach gluten.

All of this can add up to quite a large chunk of a restaurant’s client base, and it seems many Italian venues have taken notice. In addition to Ciro & Sons, while in Florence I easily find a favorite panini shop, a pastry shop and, of course, a gelateria with gluten-free cones. Plus there is usually at least a modest dedicated senza glutine section in almost every grocery store, even on the outskirts of the city.

Perhaps most reassuring of all, I never face the skepticism typical in the United States when I request gluten-free items. Italian society seems to innately understand the severity of the diet and the everyday support needed by those who follow it. Many pharmacies even stock gluten-free food, considered medicine for celiac patients. The government provides subsidies of up to 140 euro per month to cover the additional cost of this “prescription.”

Like any returning Italian tourist, one of the things I have missed the most about my time living in Italy is the local cuisine. But as a gluten-free diner, I count myself a little more lucky to be among those missing the taste of authentic Italian pasta. 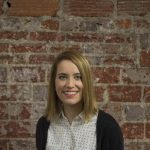 Victoria Sgarro recently spent a year studying art in Florence, Italy. She now works as a designer, writer and photographer in Washington, D.C. View more of her work at www.victoriasgarro.com.