The Kulturwissenschaftliche Bibliothek Warburg, a centre for cultural studies now housed at the Warburg Institute in London, is one of the most extraordinary libraries in the world. There is no place quite like it anywhere in Europe, with its 360,000 volumes available to scholars on open shelves, making it the world’s largest collection on Renaissance studies and the history of the classical tradition. Added to this, the Photographic Collection, which started in the late 1880s, contains about 400,000 photographs of sculptures, paintings, drawings, prints, tapestries and other images. The philosophy of its founder is reflected in the physical layout of the library that divides its categories into Image, which relates to the persistence and evolution of symbols and images in European art and architecture; Word, focusing on the tenacity of motifs and forms in western languages and literatures; Orientation, documenting the gradual transition in western thought from magical beliefs to religion, science and philosophy; and Action, centring on the survival and transformation of ancient patterns into social customs and political institutions.

The man behind this unique collection was a pioneering German cultural theorist and art historian, Abraham (“Aby”) Moritz Warburg, whose studies of iconography which no longer concentrated on who painted what and when but rather on what the images within the pictures meant in their time came to dominate art history for much of the late 20th century. The time he spent in Florence over the years proved fundamental in the formulation of many of Warburg’s ideas. So much so, he often said he was “Hamburger at heart, Jew by blood, Florentine in spirit”.

Born in Hamburg on June 13, 1866, into a conservative, wealthy Jewish family, Warburg was the eldest of the seven children of Moritz Warburg, head of the family-run banking house, M. M. Warburg & Co., and his wife Charlotte. Highly strung and rebellious, Warburg, unlike his brothers, Max, Paul and Felix, was never interested in banking but was determined to study art history. To reinforce this intent, legend has it that, at age 13, Warburg made a deal with Max to renounce his right as the eldest son to take over the family firm, in return for Max agreeing to buy him any book he wanted in the future. 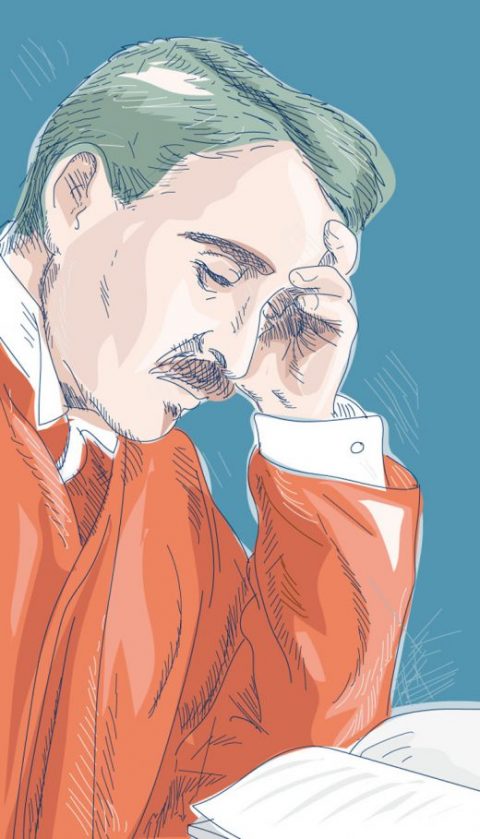 In 1886, Warburg began university studies in art history, archaeology, the history of religion and cultural history at the University of Bonn, followed by further study in Munich and in Strasbourg, where in 1891 he took his doctorate with a dissertation on Sandro Botticelli’s ‘Birth of Venus’ and ‘Primavera’: A Study on the Ideas of Antiquity in the Italian Early Renaissance. Published in 1893, it was the first of his myriad books, papers and lectures published not only on art history but on his host of other interests including pageantry, costume, tapestry, heraldry and astronomical and astrological images throughout history.

Between 1888 and 1889, Warburg researched Botticelli’s paintings firsthand while he was assistant to August Schmarsow, an art history professor from Breslau, who was preparing the opening of the Kunsthistorisches Institut in Florence. It would be the first of Warburg’s many visits to Florence throughout his lifetime and one that would change his life, as soon after his arrival he met painter and sculptor Mary Hertz, the Protestant daughter of a Hamburg senator, with whom he
fell in love.

For two years after the publication of his Botticelli book, Warburg once again spent periods at the archives in Florence until he left to go to America to attend his brother Paul’s wedding in New York in 1895. There, he travelled widely in the Southwestern United States, where he became fascinated by the Pueblo culture and, in particular, with the Hopi Indians, famous for their snake dance.

Once back in Europe, in 1887, Warburg, against his family’s wishes, married Hertz and set up home in Florence, where they lived until 1902 before returning permanently to reside in Hamburg. Despite Warburg’s recurrent bouts of depression, the couple had a busy social life in Florence in the company of compatriots like writer Isolde Kurz and sculptor Adolf von Hildebrand and other expatriates such as Herbert Horne, with whom Warburg maintained a lifelong friendship, and Bernard Berenson, although he did not like him much.

The devastation and aftermath of World War I badly affected Warburg’s already precarious mental health. From November 1918 until October 1920 he spent time in several sanitoria and then a further three years (1921–24) at the Bellevue private clinic in Kreuzlingen, Switzerland.

Aged 63, Warburg died of a heart attack in Hamburg on October 26, 1929 without completing his great atlas of pictures “Mnemosyne”. His wife died five years later. They were survived by their
three children.

Thirty years earlier, plans for building the library to house his collection had begun in Hamburg. In 1902, the Warburg family agreed to the project and in 1913, by then a reality, the first chief librarian was appointed. Not long after Warburg’s death, with the Nazi threat looming in 1933, the library was moved to the University of London. However, in 2007, a long-lasting legal battle commenced between the university and the library. To create the School of Advanced Study, the university had, in 1994, combined ten research institutes, including the Warburg and wanted all these institutes to be self-supporting. This was not financially viable for the Warburg, which argued that in the trust deed signed in 1944 the university had committed to caring for the library collection “in perpetuity”. Early in November 2014, London’s High Court of Justice ruled that the University of London was responsible for the Warburg’s upkeep, continuation and integrity.

Several months later, the Warburg and the University announced that they had arrived at a “binding agreement” allowing them to “draw a line under past disagreements and look to the future”. Now with his library once again safe, Aby Warburg can rest in peace.