Higher prices in summertime, early morning discounts & annual passes are part of a new fee structure for the Uffizi and Pitti

Higher prices in summertime, early morning discounts and annual passes are part of a new fee structure for admission to Florence’s Uffizi Gallery that will come into effect on March 1, 2018. While the entry ticket in recent years has been 8 euro (plus exhibition surcharge and reservation fee)—lower than many major European museums—it will jump to a maximum of 20 euro (plus 4 euro reservation fee) for visitors in Summer of 2018.

“The Uffizi Galleries’ new pricing system is designed to encourage visitors to experience the entirety of the collections built up by the Houses of Medici and Hapsburg Lorraine over the centuries, and now in our museums, while discouraging the choice to see only a single slice of that heritage with just a few of the most famous masterpieces,” says Director Eike Schmidt. “It affords priority to those who return several times in the course of the year (or over a week or two), and thus it is addressed in particular to the people of Florence—whether native or adoptive—and to non-residents with a genuine interest in our artistic heritage, while discouraging hit-and-run tourism.” 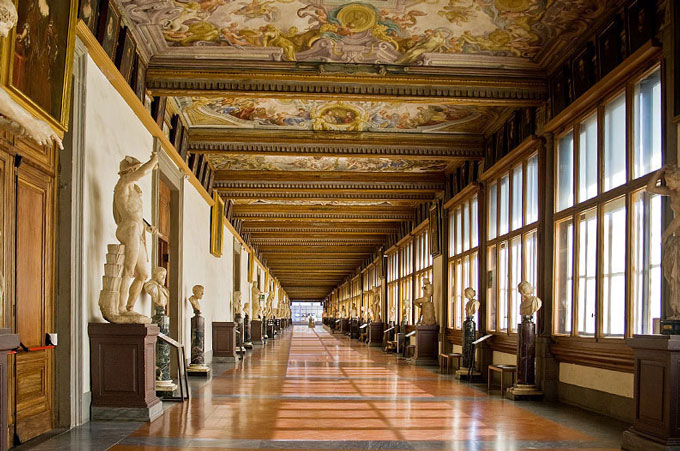 The new ticket scheme has two main elements. First, the institution of a seasonally based price for the Uffizi and Pitti complexes. During the four off-season months (November 1 to February 28) entry fees will be lower than during the high season (considered March 1 to October 31). The Uffizi, for example, will cost 20 euro in the high season but only 12 euro in the winter. Previous reductions regarding EU students, handicapped persons and other reductions remain in place.

The Pitti Palace will cost 16 euro in summer and 10 euro in winter (up from 8.50 euro, to which the exhibition surcharge of 4.50 euro was added throughout most of the summer months). A rather clever discount is applied to early morning visitors: those who buy the ticket before 8:59am and enter before 9:25am (“giving them enough time to get a coffee on the way,” quipped Schmidt) pay only half the regular admission price, going down hence to only 5 euro to see the Palatine Gallery, Royal Apartments, Modern Art Gallery and Costume and Fashion Museum first thing in the morning. The Boboli Garden will cost 10 euro in the summer and 7 euro in the winter. The garden remains, of course, free to Florence city residents entering through the Annalena and Porta Romana gates.

Schmidt acknowledged that this scheme would not discourage international tourists from coming to the museum in summertime, when crowds are critical, but expressed hope that European visitors might take the off-season into greater consideration given the new discounts. In order to encourage a more complete and leisurely visit of the Medici heritage available in both the Uffizi and Pitti/Boboli locations, a combined ticket valid for three consecutive days (however with only one entrance to each museum) will be made available for 38 euro in the summer and 18 euro in the winter. The hope is also to bring more visitors to quality Oltrarno artisans and businesses through the combined ticket and early morning discount, part of a decentralization plan encouraged also by the City of Florence and the Chamber of Commerce.

The second part of the new system regards annual passes that will come into effect on September 1, 2017. These annual subscriptions will be valid 365 days from purchase and are aimed at residents, study abroad students, grandparents with their grandchildren, and visitors staying longer than three days.

The Boboli Garden pass for 25 euro is an option for people who may be residents of surrounding cities like Fiesole or Scandicci, hence not of Florence proper (Florence residents always get in free). For 35 euro one can have unlimited admission to the Pitti Palace museums; if one were to spend one’s lunch break there once a month that would come down to 4.16 euro per month, or with weekly visits, .96 euro cents per visit (on this matter Schmidt joked that people who live alone could save on heating by spending the day in the museum).

Indeed, the passes are not intended to be in substitution of extant museum passes and memberships. The Amici degli Uffizi pass, a favourite of long-term residents, will still be available and provide this association’s members with additional benefits and social aspects not provided by the official cumulative visit passes. The Firenzecard offering remains the same (72 museums in 72 hours), providing an option for visitors wishing to explore as many of Florence’s museums as possible in a limited period of time, including the Academia and other state and city run museums.

The video below summarizes the changes – currently only available in Italian.