The park of Villa Il Ventaglio

The romantic English garden of the Villa Il Ventaglio was restored in 2018 and will reopen after the Covid-19 lockdown on Wednesday, May 27. 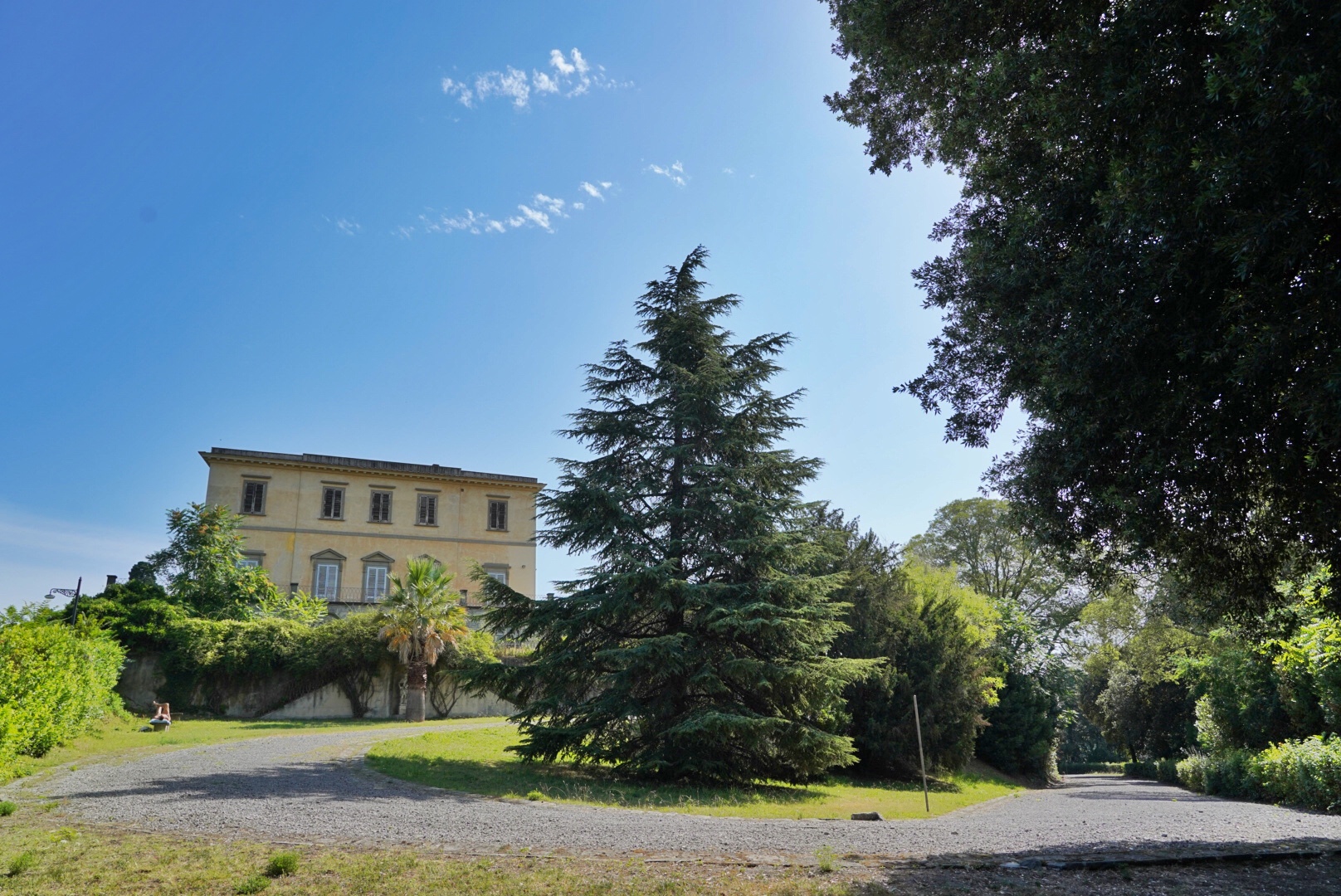 The villa at the top of the park gives it its name | Ph. Alexandra Korey

Situated in panoramic via Aldini with its five hectares extending up the Forbici hill, the garden is a paradise of many botanical species. Dominated by a great undulating lawn with a pond, in whose midst lies a small island connected to the green by a small bridge, the park also features geometrically designed and trimmed laurel hedges, including a labyrinth. Wisteria climbs the outer walls of the villa, while antique roses perfume the air. A monumental cedar of Lebanon and a large yew tree stand near the villa and elm, lime, horse chestnuts, hackberry and Japanese quince trees bring shade to the park. 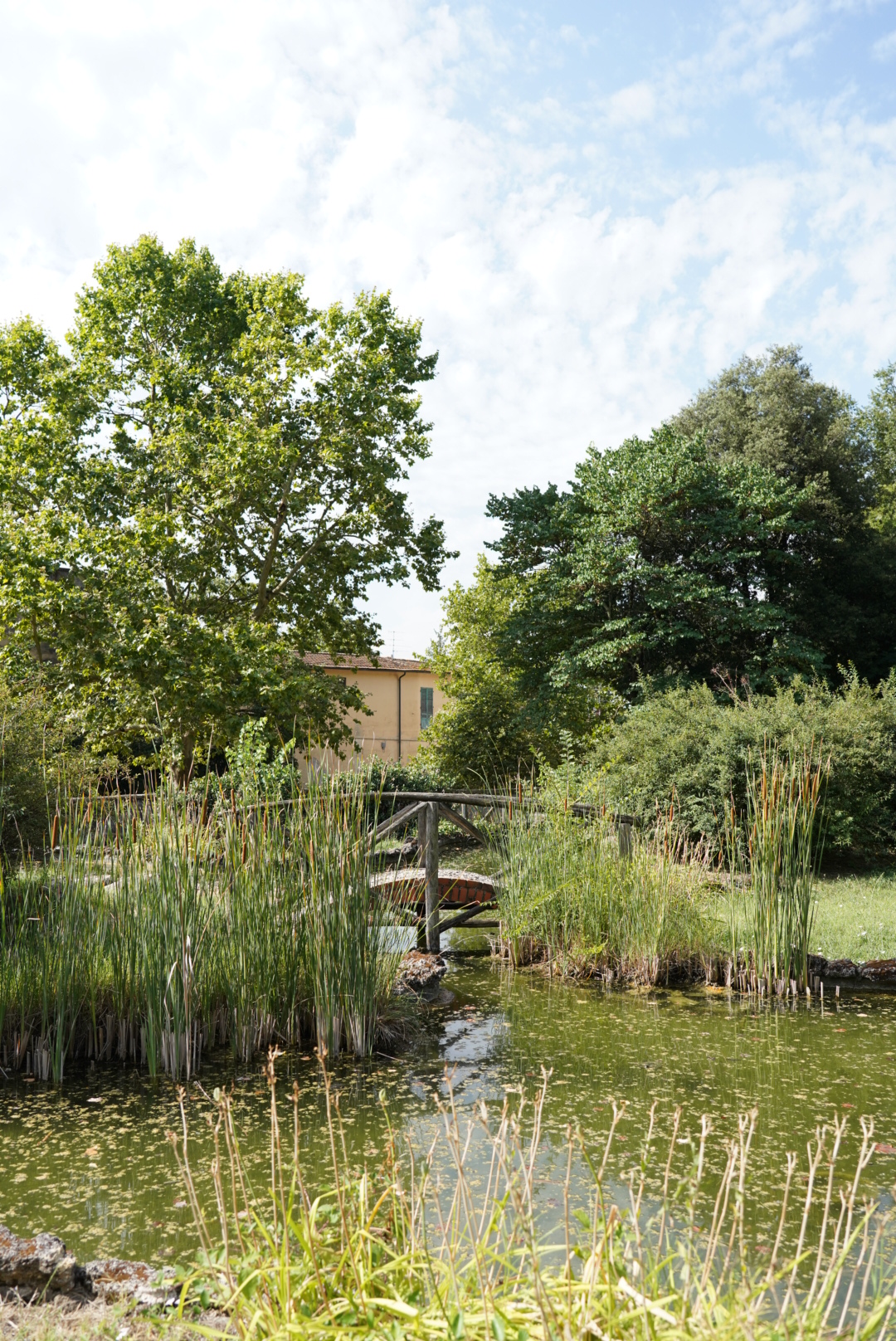 The pond is home to turtles and ducks | Ph. Alexandra Korey

Originally, the house and its grounds were created in 1427 by the powerful Brancacci family as a “chasa da oste”, a kind of inn for pilgrims on their way from the now non-existent Porta a Pinti (then at the entrance to Borgo Pinti) to the church in San Domenico di Fiesole. In 1457, the Salvetti family bought it from the Brancacci and turned it into a “casa da signore e lavoratore”, a farmhouse for the feudal seigneur and workers, and kept it until the Bardi took it over in payment for an outstanding debt and rented it out. In the first half of the 1700s, it passed to Marquis Vincenzo Torrigiani, who added a floor to the house. In 1783, Francesco Seratti, Grand Duke Pietro Leopoldo’s secretary of state became its occupant and in 1786 its owner. 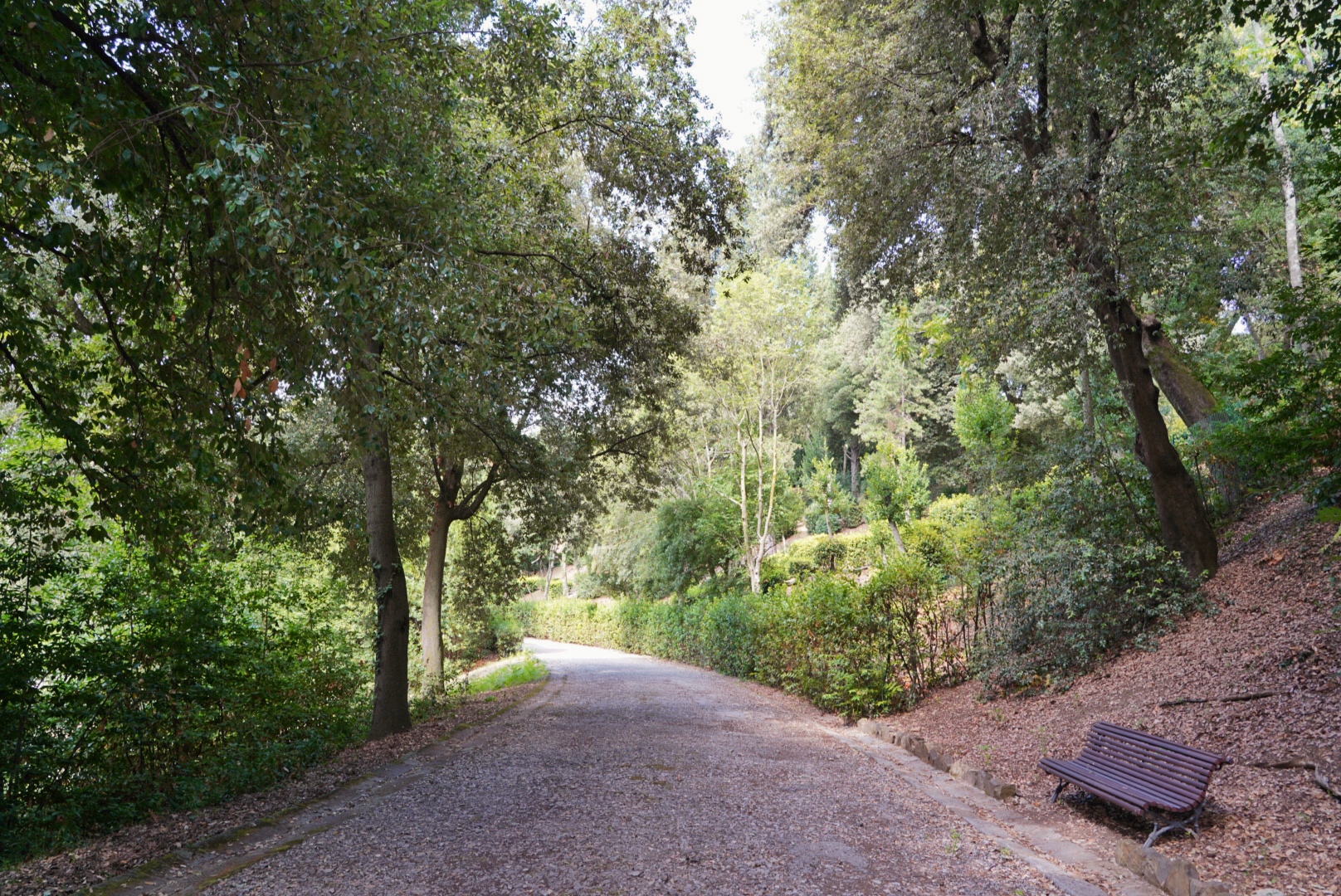 Its radical transformation did not, however, take place until 1824, when the wealthy Milanese Count Giuseppe Archinto bought the property. At the time, the house was simply a two-storied, rhomboid-shaped building on the hillside surrounded by olive trees, vines and mulberries. The new owner’s dream was to turn it into a sumptuous summer villa, so in 1839 he employed the fashionable architect Giuseppe Poggi, later to become famous for his redevelopment of Florence as Italy’s new capital city, to restore and extend it. Poggi designed a large three-storey villa in neoclassical style featuring a grand salon and stables with a sweeping driveway leading up to the entrance. To build the approach, many of the original trees had to be chopped down, so Poggi called on the botanist and gardener Attilio Pucci to replenish and replant the park as we see it today. In one of his most challenging and unusual collaborations with Poggi, Pucci created the green spaces for Florence’s Tivoli Gardens amusement park, opened in 1871, which extended from Porta Romana to piazzale Galileo. It boasted a merry-go-round, a concert hall, a café chantant, an oriental bazaar, a theatre, a brewery and trattoria, a Flobert rifle-type shooting gallery and a gasometer to light the park, but it proved to be short-lived, closing in 1873, due to the transfer of the capital from Florence to Rome as well as disputes among the three concessionaires.

Whilst the work on the Villa Il Ventaglio park was still underway, the count’s wife died and he began to suffer serious financial difficulties. When he passed away in 1861, the construction work was still incomplete and his son Luigi found he was obliged to sell up much of what he had inherited to pay his father’s debts. In 1862, he sold Villa Il Ventaglio to Aristide Caselli, an affluent businessman, also demonstrated by his generous gift of 5,000 lire towards the new facade of the Duomo in 1886. The Caselli family kept the villa until 1969, when it was taken over by the Italian State. 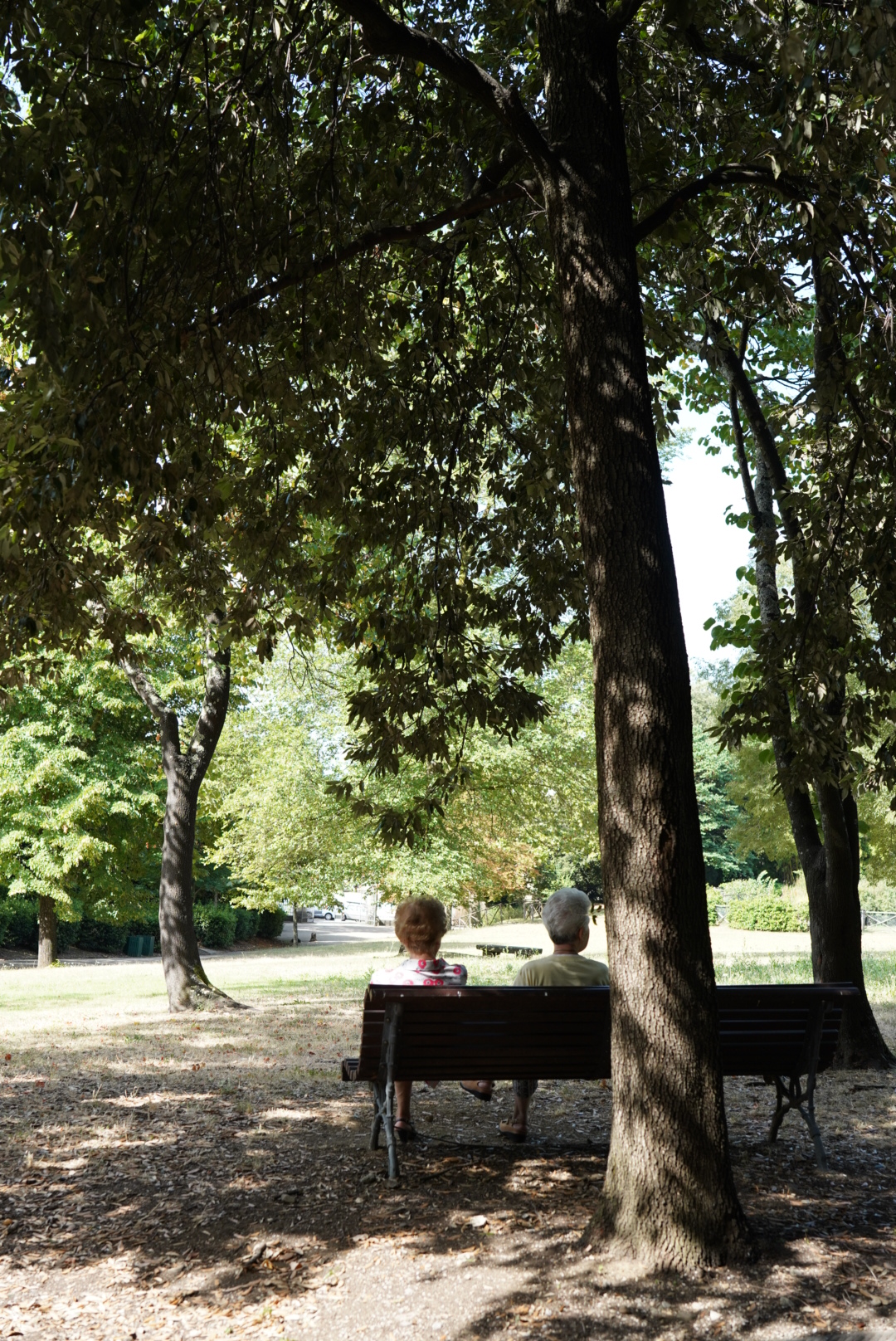 A place to sit in the shade

Since the end of the last century, because of the lack of funds to ensure the park’s expensive upkeep, its arboreal heritage declined despite efforts to restore it by the Superintendence for Architectural and Scenic Heritage between 1983 and 1985. This has now been remedied.

Since 1970, the villa has been home to the International Art University, welcoming hundreds of students from all over the Italian peninsula and farther afield to learn restoration techniques, amongst other skills pertaining to artistic heritage.