If you were a part of the English speaking expat community in Florence in the latter half of the 1800s and needed a chaperone or a place to stay or were ill or simply wanted a shoulder to cry on, more than likely you called Isabella Blagden for help.

If you were a part of the English speaking expat community in Florence in the latter half of the 1800s and needed a chaperone or a place to stay or were ill or simply wanted a shoulder to cry on, more than likely you called “dearest Isa” for help. Many illustrious people like the Trollopes, the Brownings, Robert Bulwer Lytton and Walter Savage Landor did just that. They relied on the altruism and friendship of the poet and novelist, Miss Isabella Blagden, to rush to their aid.

The records of Florence’s English cemetery where she was buried after her death in 1873, not far from her friends Elizabeth Barrett Browning and Theodosia Trollope, both of whom she nursed during their last days, show that Blagden’s father’s first name was Thomas and that she was a Swiss national. Most likely, she was the illegitimate daughter of an English father and an Indian mother and, if we are to believe Elizabeth Kinney writing in her Personal Reminiscences, she was “… of under-height, (her legs being so short as to give her a dwarfish appearance, though her body was unproportionably long) but of a striking countenance owing to her very large and bright black eyes, she must have been attractive in youth, though dark complexioned and swarthy.”

Blagden arrived in Florence in 1849 and, although early on, she stayed at Villa Moutier, near Poggio Imperiale, for most of the rest of her two decades or so in Florence, she rented villas in Bellosguardo. In particular, she is associated with the 14-room Villa Brichieri-Colombi, where she held her legendary Saturday salons for her famous artist and writer friends like the Brownings, Harriet Beecher Stowe, author of Uncle Tom’s Cabin, and sculptor Hiram Powers. Robert Browning wrote about it, saying, “On April 6 we had tea out of doors on the terrace of our friend Miss Blagden, in her villa up at Bellosguardo…You seemed to be lifted up above the world in a divine ecstasy. Oh, what a vision!” Even with only limited means, Blagden could afford to live there and employ a servant because it was cheaper to live in the hills than in Florence and it allowed her a lifestyle and freedom that would have been impossible for her in England, also because of her uncertain lineage. 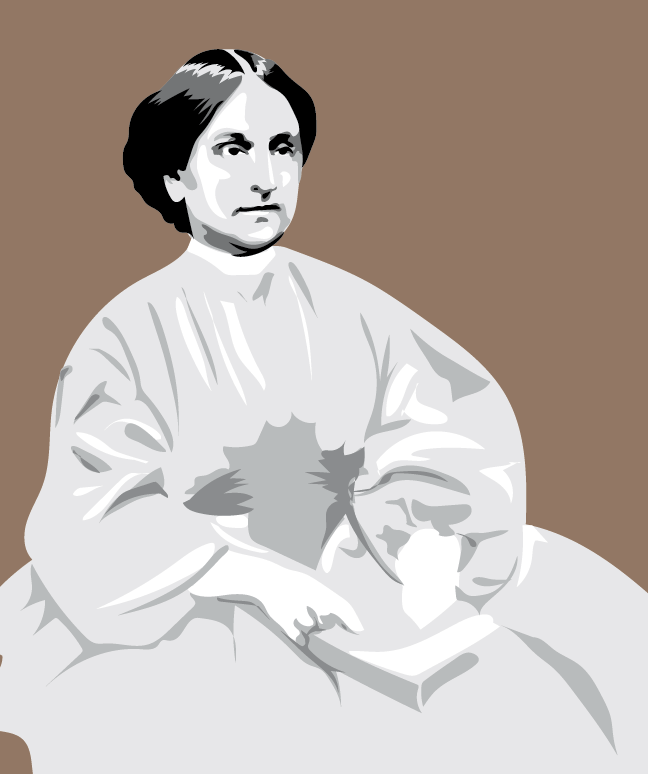 Blagden supplemented her small private income with the sale of her novels, Agnes Tremorne (1861), The Cost of a Secret (1863), The Woman I Loved and the Woman who Loved Me (1865), Nora and Archibald Lee (1867), and The Crown of a Life (1869) which, because of their mixture of sentimental Victorian romanticism and mysticism, have almost been forgotten today. She also wrote for magazines and took in other single ladies as paying lodgers, including actress Charlotte Cushman and journalist Kate Field, who dubbed her “Our Lady of Bellosguardo”.

Within the constraints of her budget, Blagden travelled widely throughout Italy and often stayed near or with the Brownings in Bagni di Lucca during the hot Florentine summers. In 1857, when the poet and friend of the Brownings Robert Lytton (pen name Owen Meredith) became seriously ill there, Blagden stepped in to nurse him and when he was strong enough took him to convalesce at Villa Crichieri-Colombi. Some of her friends, among them Elizabeth Barrett Browning, thought a romance was blossoming between the two, but it came to nothing as Blagden was 15 years older than Lytton and her exotic pedigree would have been a handicap for a young man with political ambitions.

Blagden took another friend of the Brownings, the eccentric and difficult Walter Savage Landor, under her wing at the end of his life. Whilst Robert Browning remained in Florence, he had looked out for Landor finding him a place to live after his wife threw him out of the house but, after Browning’s departure, it was Blagden who watched over him, often visiting him until he died in 1864.

Over the years, Blagden occasionally returned to England, even accompanying Browning and his son back there after Elizabeth’s death. She also visited other European countries like Spain and Austria, using her travels in her writings, as well as her enthusiasm for the Italian Risorgimento and for spiritism, interests she held in common with Elizabeth Barrett Browning, as documented in their surviving letters to each other.

Apart from her large circle of friends, the other great love of Blagden’s life was for dogs. On first meeting her, Elizabeth Barrett Browning wrote to her sister Arabella, “We have had however a visit from a Miss Blagden, a single lady, with black hair, black eyes, yet somehow not pretty…I liked her little dog extremely—and by no means disliked her”. This impression was repeated by the noted Anglo-Irish social reformer and anti-vivisectionist Francis Power Cobbe who boarded with her in 1860 at Villa Brichieri-Colombi. She described Blagden as “an amiable lady who has written a novel and is owner of a little white puppy wearing a scarlet coat”, a dog she rescued from drowning in Venice. So it is not surprising that, in the last part of her life, with so many of her friends already dead or having left Florence for good (like Robert Browning and Nathaniel Hawthorne, who depicted her as Miriam in his Marble Fawn), Blagden lavished her affection on animals, making her final home a haven for strays. Almost echoing a suitable epitaph for her, one of her neighbours in Bellosguardo told Henry James that “a sketch of her character would be wanting in a leading trait if her bold assertion of the rights of dumb canines were left out.”