On January 5, 1589, when Catherine, the great Medici-born queen and regent of France, died of pleurisy at 69 years of age in Blois, just eight months before her son, Henry III, was assassinated, she was no longer the slim young maiden who had left her Florentine home to marry into Valois royalty. Although she had reached a considerable age for her epoch, Catherine’s love of rich foods to the extent of provoking life-threatening indigestion on several occasions meant that she was overweight and had a conspicuous double chin at the time of her death. (She also underwent ten pregnancies during her marriage to Henry II.) Throughout her life she nevertheless stayed active, continued to work hard, to travel on diplomatic missions throughout the land and to ride and hunt, using the side saddle she had imported to France. Acclaimed for promoting the arts and with introducing the French to tobacco, the folding fan, handkerchiefs and ladies’ drawers, Catherine also popularized the use of makeup and perfume as well as hair pieces and dyes. 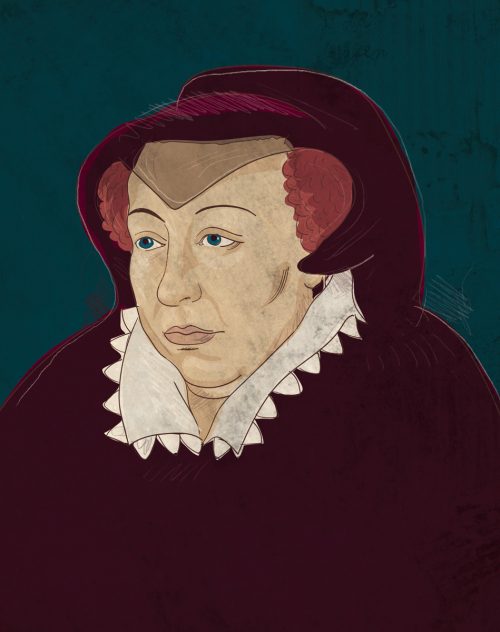 When Catherine arrived in Marseille to be married on October 28, 1533, her entourage included courtiers and servants, artists, musicians, dancers, embroiderers and dressmakers, hair stylists, perfume makers and firework technicians. She also brought an army of chefs, bakers, pastry cooks and distillers with her. Their baggage contained artichokes, lettuce, parsley and truffles as well as forks and other fine silverware, glazed tableware and beautiful table decorations, unknown in France at that time. Until then, fingers, spoons and knives had been used to scoop up food or else it was simply eaten on slices of bread.

Out of this, a legend grew over the centuries that Catherine had, almost single-handedly, so influenced French cooking that she was credited with establishing the country’s distinctive national cuisine. Even the great chef of kings and food writer, Marie Antoine Careme (1784-1833), believed that “the cooks of the second half of the 1700s came to know the taste of Italian cooking that Catherine de’ Medici introduced to the French court”.

More recent research shows that Catherine’s gastronomic impact was not so all-encompassing. At the time of her arrival in France, the court of Francis I was one of the most sophisticated in Europe. Certainly, the Italian Renaissance had an effect on its neighbour, but the French had already undergone their own Renaissance when the cultured Francis I became patron of the arts, inviting artists like Leonardo da Vinci, Andrea del Sarto, Benvenuto Cellini, Rosso Fiorentino and other Italian painters to decorate his various palaces. 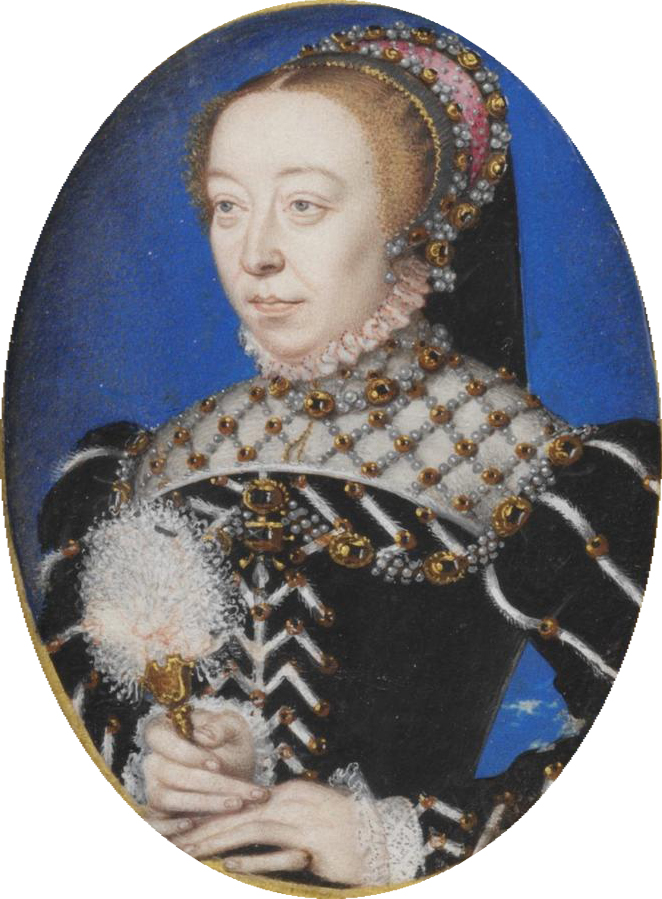 At a recent conference, Catherine de’ Medici: 500 Years of Italian Hospitality, hosted by Apicius International School of Hospitality of the Florence University of the Arts, Catherine was described, in many of the presentations, as a talented and imaginative hostess, and it was demonstrated how soon many of the recipes her cooks brought with them began to appear on French tables and have continued to remain there. Today, however, they are thought of as being French. In his presentation, the executive sous chef and vice director of the Apicius school, Massimo Bocus, told us that famous dishes like French onion soup originated in the Florentine carabaccia, while Béchamel was based on the salsa colla, duck à l’orange stemmed from the Tuscan papero alla melarancia and macaroons had their roots in the spiced cookies created by Italian monks in the Middle Ages, who used the single halves as spoons. Catherine is also known to have used spices not purely to mask the flavour of food, as was  common until then, but to enhance it. She separated spicy from sweet dishes and created a fruit sherbet or granite fad after they were served at her wedding banquet thanks to the Florentine cook Ruggieri, their inventor, who was part of her retinue.

Another presenter, Fabio Binarelli, convincingly argued that, to portray the strength of the French court to both its subjects and foreign powers, Catherine organised what were called magnificences or sumptuous, hugely expensive happenings that took place over several days where music, dancing, fashion, banquets and tournaments became a means of enforcing political control, especially in the interests of her young sons. Through these amusements, Catherine was also able to display her artistic creativity.

Examples of these pageants include efforts, in January 1564, to bolster the reign of her 14-year-old son, Charles IX, when Catherine took the court on an itinerant journey around France. The royal household was to be seen and admired as it traveled the country for nearly two and a half years, taking with it all that was necessary to hold its spectacular festivities. At the Château de Fontainebleau, each important noble was asked to host a ball. Orchestras played music written by the composer superstars of the era. In turn, Catherine held a banquet where her courtiers dressed as shepherds and shepherdesses and, in the days that followed, there were jousting and Greek mythology-themed performances.

Again, in 1573, only a year after the St. Bartholomew Day massacre, Catherine hosted entertainments for the Polish ambassadors who had come to offer the throne of Poland to her son, Henry, then Duke of Anjou. Catherine spared no expense and staged a grand ball at the Tuileries Palace, where 16 nymphs meant to represent the 16 French provinces danced a complex choreographed ballet.

In 1581, during her son Henry III’s reign, Catherine staged the colossally costly Joyeuse magnificences. Lasting almost two weeks with an allegoric sun and moon theme, they celebrated the marriage of the king’s sister-in-law, Marguerite of Lorraine, to his favourite, Anne de Batarnay, Duke of Joyeuse. Catherine’s Ballet Comique de la Reine, performed during the celebrations, is considered the first ballet de cour, the beginning of modern ballet.

There can, therefore, be little doubt that l’Italienne, as the French disparagingly called this upstart daughter of Florentine merchants, left her culinary mark on her adopted homeland and she will long be remembered.