Hair believed to have belonged to Leonardo on display in Vinci

On the 500th anniversary of Leonardo’s death, Vinci is the setting for top events that might enable progress to be made in our knowledge of the universal genius. 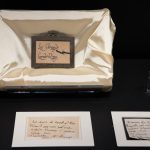 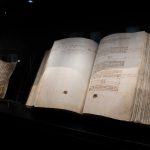 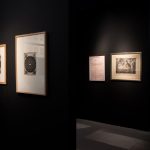 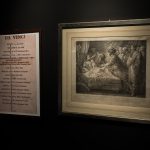 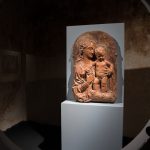 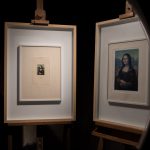 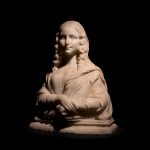 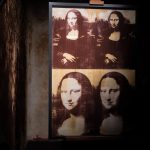 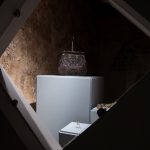 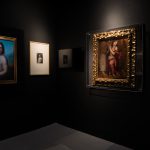 A lock of hair historically called “Les Cheveux de Leonardo da Vinci” and a ring have been displayed for the first time. Both items are associated with the collection that once belonged to the man who found the remains believed as belonging to Leonardo.

“The history of the precious relic begins in 1863 when Arsène Houssaye, writer and inspector general of the French provincial museums, friend of Delacroix and Baudelaire, was commissioned by an imperial commission to search for the tomb of Leonardo among the ruins of the castle of Amboise, where Da Vinci was buried on 12 August 1519,” said Alessandro Vezzosi, director of the Museo Ideale.

“Houssaye found some remains which he identified as Da Vinci’s bones and skull. In doing so, he relayed on some fragments of a stone inscription bearing the name ‘Leonardus Vinci’. The remains were then interred in the tomb in the chapel of Saint Hubert in the Royal Castle in Amboise.

The documents exposed today in Vinci certify that Houssaye kept two relics for himself. Indeed, in 1925, Harold K. Shigley, an American collector of memorabilia, bought in Paris, France, ‘a lock of Leonardo’s hair and a bronze ring found on Da Vinci’s finger’. The seller was Houssaye’s great-grandson. In 1985, the two relics were acquired by another American collector. He contacted us in 2016, having heard of our research on Leonardo’s family tree. Today, after three years of work, we are able to display these unique relics in the Museo Ideale in Vinci. The hair relic is not only a historical document, but an extraordinary instrument of knowledge.”

Agnese Sabato, co-curator of the exhibition, commented, “Some important evaluations might be possible by comparing the DNA results of the living descendants from Leonardo’s half-brother, Domenico, and from the bones in some burials of the Da Vinci family. If the hair is compatible with the DNA of the descendants, Leonardo’s DNA can be sequenced. It will be also possible to shed some light on the remains interred in the tomb in Amboise.”

The exhibition not only shows Leonardo’s relevance in contemporary art and culture but also presents the results of genealogical research across 20 generations. The first section, Leonardo Heritage, shows archival documents and findings from genealogical studies, from hair relics to documents relating to his father Ser Piero, his mother Caterina and his grandfather Antonio, who was also a merchant in North Africa. The second part focuses on Leonardo’s workshop: the nude Mona Lisa (on display in Vinci until May 19 and returning in October) and also Saint Catherine in the torture machine by a pupil of Leonardo, while the third section (Leonardo and the Renaissance of Wine) explores Leonardo’s relationship with the land and agriculture, which played an important role in his many studies of nature, winemaking and rural technology, as well as in his literary writings. The exhibition continues with folders of the “Da Vinci knots,” xylographed by Albrecht Dürer in the early 16th century, the image of Leonardo and old après engravings, and describes the Mona Lisa’s theft of 1911 as well as L.H.O.O.Q. by Duchamp and works by Dalí, Beuys, Warhol and other key figures of the international neo-avant-garde. The closing segment centers on representative works of contemporary artists from different countries. The Dialogue with Leonardo’s Landscape of 1473 by the Chinese painter Xu Li, who came from Beijing for the opening, is particularly noteworthy.