What to do in August in Florence

August can feel like a slow month in Florence with shops closing and everyone hitting the beach. But if you’re around, seek shelter from the heat at some of these cool indoor events or get a kick out of summer in the city with some fun evening dos.

August 1 / There is nothing more glorious than a view of Florence from above. Six sunset events filled with music, theatre and words will begin on the roof of the Manifattura Tabacchi with the French-based San Salvador group. Free entry but book in advance online.

Film screenings take place every day at Manifattura Tabacchi throughout August: starting at 9.30pm, films are projected in Italian and include a variety of international and Italian cinema. The trendy venue hosts for the whole month the exhibition Swan Lake and Swan Dance by Guendaline Cerruti, an exhibition that explores the expressive and symbolic meaning of the swan through an installation that transforms the space into a surface onto which a swan-like choreography of domestic materials presents itself. A performance that concentrates on the role and characteristics of the swan follows this, accompanied by rhythms created from finger symbols.

August 2 / A movie under the stars in the magnificent piazzale degli Uffizi is a must-do this August. Enjoy a free screening of one (or more) of the 46 films on show in their original language. 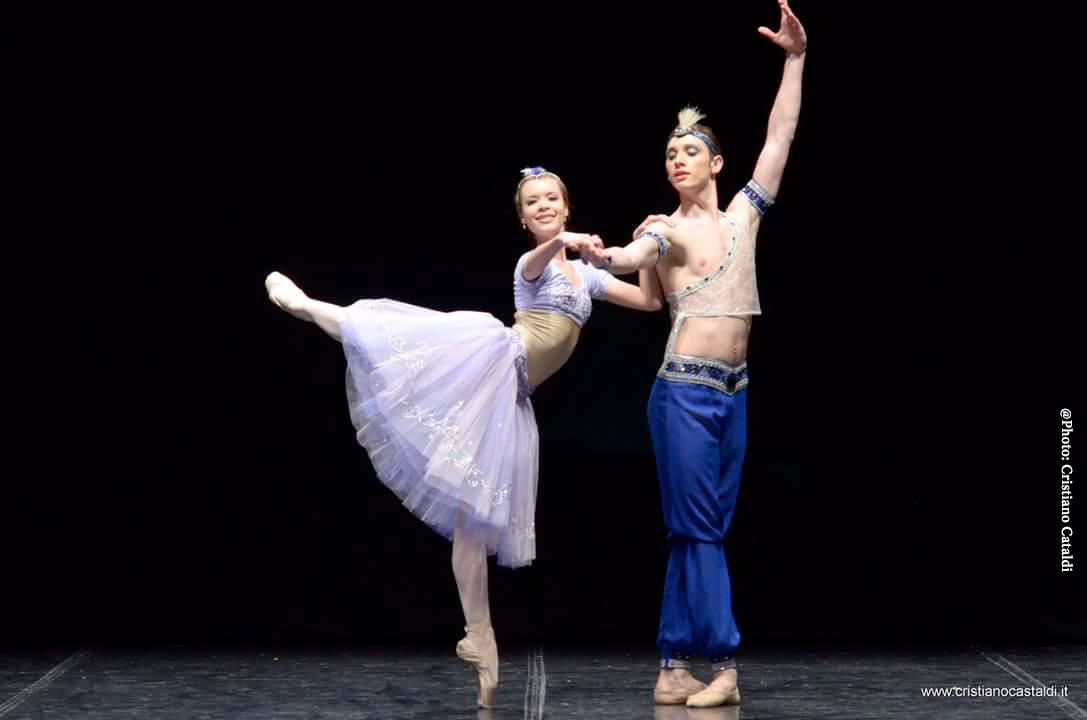 August 3 / Hosted by Florence Dance Festival in piazza Santa Maria Novella, an unforgettable performance of Swan Lake by the Russian State Ballet is sure to be a highlight of the summer. Book at www.florencedancefestival.org

Last Multilingual summer party at 8pm, Caffè Letterario, Piazza delle Murate, Florence. All you can eat dinner for locals and foreigners; pay 11 euros for your dinner with a drink. For locals and foreigners to exchange ideas, languages and make friends, with a booked terrace and plenty of good energy, the evening may even progress to dancing.

August 4 / Dance your heart out at La Limonaia as they present their summer Sunday sessions with Jump’n the jungle.

August 5 / Unwind this holiday season with yoga in Villa Vogel. Bring a mat or towel, and take some time to meditate and relax.

August 6 / Pack a picnic and head to one of Florence’s many parks. Load up on fresh fruit and some Tuscan delights as you sunbathe and chat in the summer breeze.

August 7 / For some essential summer time aperitivos and music, check out LIGHT in the Giardino di Campo di Marte. Open every Wednesday throughout the summer from 5pm to 1am.

August 8 / Make your way to the Maremma for Béla Bartók’s opera Bluebeard’s Castle. Embrace the famous refrains among the vineyards in the stately setting of Castello di Potentino. 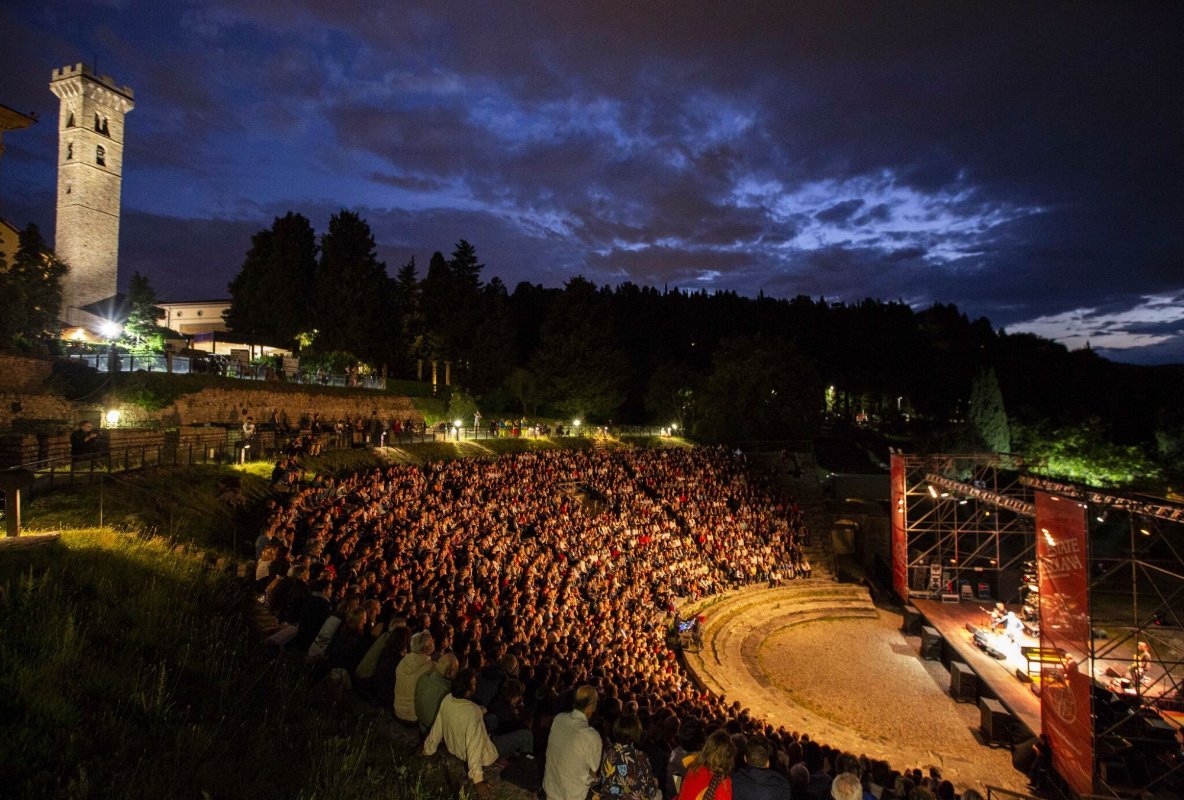 August 9 / Head into the hills of Fiesole and chill in the ancient Roman theatre while watching some cinema as part of the 72nd Estate Fiesolana festival. Be sure to catch it before it ends on August 18.

August 10 / The night of San Lorenzo, or the night of shooting stars, when dreams are said to come true. Head to piazza San Lorenzo (9pm) for the traditional street party with free lasagne and watermelon.

August 11 / Take advantage of free entry at the Uffizi today only. Make sure to beat the crowds and get there early for a chance to revel in all that creativity.

August 12 / Seek shelter from the heat and grab something cold at Mercato Centrale Firenze. A foodie heaven, the hours will pass you by as you ogle the food and talk to the artisans.

August 13 / What would summer be without gelato? Super creamy and refreshingly cool, you won’t survive the scorching sun without it. We’re fans of Gelateria Badiani’s just-introduced plastic-free approach (viale dei Mille 20R).

August 14 /  Grab a drink and a slice of pizza and listen to some blues in Giardino dell’Orticoltura. With a whole summer of events lined up, feel totally relaxed in this magical garden with a pop-up bar and concert venue. 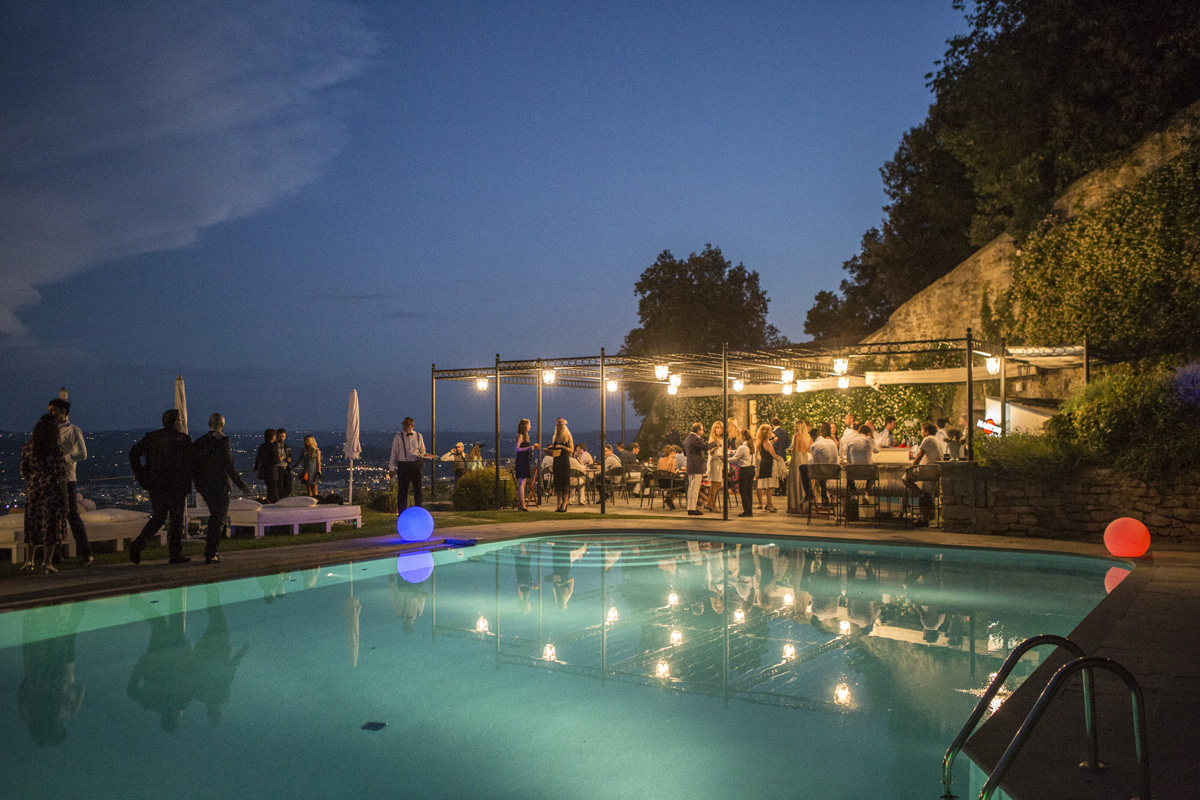 August 15 / It’s Ferragosto, the most celebrated day of summer for Italians. Our choice is the Pool Moon Party at Belmond Villa San Michele. Shine at these moonlit evening by the pool and enjoy a dip under the night sky to the sounds of a live DJ.

August 16 / Sit on the steps of piazza Santo Spirito and make the most of the work-free days. People-watch while sipping a spritz at the likes of Volume or PopCafé and watch the world go by.

August 17 / Check out Giuliana Rosso’s exhibition made entirely from eco-friendly materials. On at VEDA (borgo Pinti 84R), the show suggests the fragility of the individual and reflects on the 1966 flood of the Arno.

August 18 / Escape the city on a day tour of Tuscany by bike or Vespa with Tuscany Bike Tours and Tuscany Vespa Tours.

August 19 / Hidden away on the outskirts of the city is the Museo Stibbert. Amble around the tree-lined gardens and wander your way through the museum’s intriguing collection of artefacts from the Middle East, Japan and even Napoleon’s cloak.

9.30pm – James Brown Mr Dynamite. Off bar, lago dei cigni, Fortezza da basso, Florence. An outdoor screening of the documentary that tells the story of the life of the music legend, James Brown. Seating provided or bring a blanket to relax on the grass while watching the ‘father of soul’ do his thing.

August 20 / Hearing music drifting from the Loggia dei Lanzi in piazza della Signoria is something special. Today’s the final day of the two-month-long Florence Youth Festival and your last chance to hear musicians from all over the world. 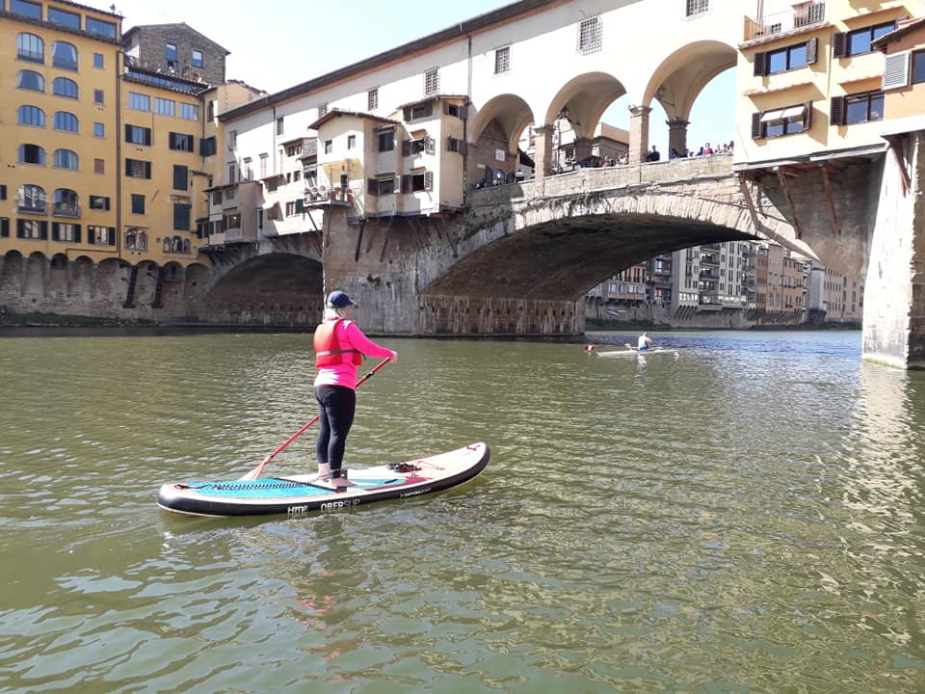 August 21 / Paddleboard on the Arno. Pass under Ponte Vecchio and see the city from a different angle while keeping you off the hot, crowded streets. Have a look at www.toscanasup.org for details.

August 22 / Take a wine tour in Tuscany. Load up a car with friends and head to one of the many vineyards that surround Florence. We recommend Tuscany Tour Time with Angie (www.angelapersonaltuscantour.com).

August 23 / Head to Parco degli Alpini in San Godenzo for the beer festival before it ends on August 25. An hour’s drive from Florence, it’ll give you a chance to taste something out of the ordinary.

August 24 / Have a quieter moment at the Biblioteca delle Oblate. Savour a coffee and pastry with a view of the Duomo in the company of books.

August 25 / Snap up some last-minute shopping in the sales before the season ends.

August 26 / For something soft and savoury, check out the Festa del Lardo in Colonnata, near Carrara, which celebrates the local marble-cured delicacy from August 23 to 26.

August 27 / Cool down at one of the pools for sweet relief from the scorching sun. Splash about at Hidron in Campi Bisenzio or Pontassieve’s Olympic-sized outdoor pool.

August 28 / Grab your walking boots and trek to some glorious views and fine food along the recently revitalized via Francigena.

August 29 / Catch emerging superstars at the Copula Contest at UtopiKO on via Fabrizio de Andrè as up-and-coming musicians battle it out.

August 30 / The New Generation Festival returns (August 28-31) to the grounds of Palazzo Corsini, with an exciting calendar of music, opera and jazz. Check out The Spirit of Harlem: From Blues to Bebop with unique interpretations from a host of today’s top young jazz artists. Don’t miss the Nugolo Restaurant banquet after the show and the all-night jam session: Swingin’ the Songbook – A Tribute to Norman Granz.

August 31 / Time to get back in shape? Run into your new routine with the Firenze Parkrun. Meet at 8:40 in Cascine park for a 5km walk or run in the greenery.