Italy’s only private residence club, Palazzo Tornabuoni, has made it its mission to conserve, restore and protect Florence’s cultural heritage.

Once home to the Medici family, the private club honours the Palazzo’s remarkable past while adding contemporary flair and timeless elegance. A blend of priceless 15th-century frescoes, delicate stuccowork, magnificent statuary and hand-carved marble mantelpieces fill the 38 apartments, 27 of which are private and 11 that are open to the entire club. The passion for this space and Italian culture is immediately evident on entering the perfectly preserved building. The restoration campaign has reclaimed Palazzo Tornabuoni as a vital cultural centre, protecting one of the finest palazzi in the centre of the Renaissance city for many generations to come. 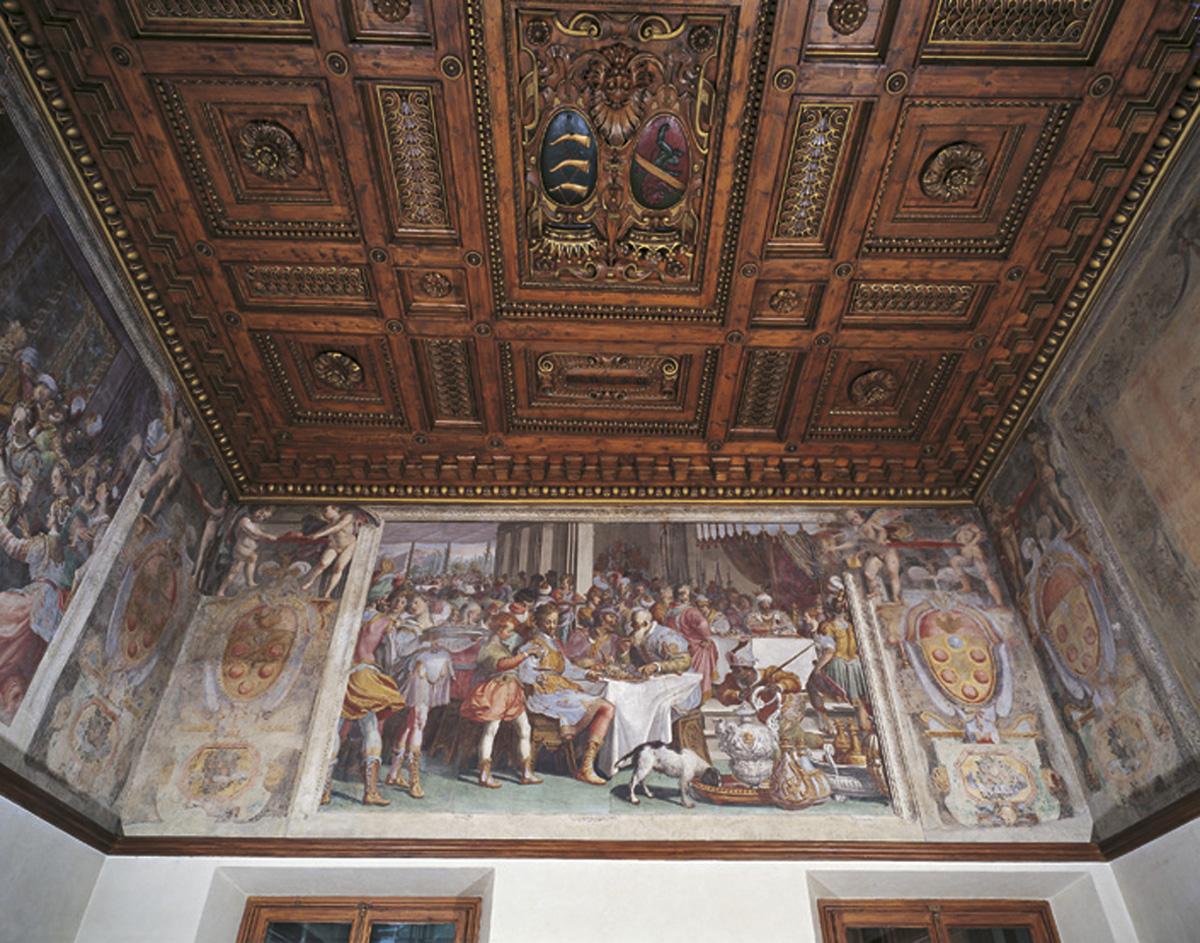 From its prime position at the corner of via de’ Tornabuoni and via degli Strozzi, the rooms of the palazzo were previously host not only to the esteemed Medici family but also the dynasty’s fourth and final pope, Leo XI. Now the palace is enriched by contemporary occupants, who are dedicated to caring for its splendid artworks dating from the 16th century onwards as well as a host of other treasures. The true triumph of the club is the ongoing restoration that is returning the building to the splendour of its Renaissance origins. The very best Italian architects and restorers have taken Palazzo Tornabuoni’s ornate decorations, created over five centuries, and woven them into a tapestry that envelops today’s residents.

The Fratini family are the driving force behind the redevelopment and restoration of this historical landmark. Having taken over the building after its previous role as a bank, the Fratini family have developed projects at Palazzo Tornabuoni and Four Seasons Hotel Florence, making them the spectacular centres of sociability and culture that they are today. The pristine conditions are due to the dedication of many, but one group in particular is responsible for ensuring the cultural heritage is respectfully and expertly handled. Tommaso Nesi from La Bottega dei Grassi Nesi—handed down from father to son since 1920—is an expert in arts and antiques restoration. Entering the elegant palazzo, with its refined interiors, you see the excellently preserved oeuvre harmoniously blended with the luxurious décor. The paintings, woodwork, stuccoes, murals and furniture have all been perfectly restored using a variety of both old and new techniques. 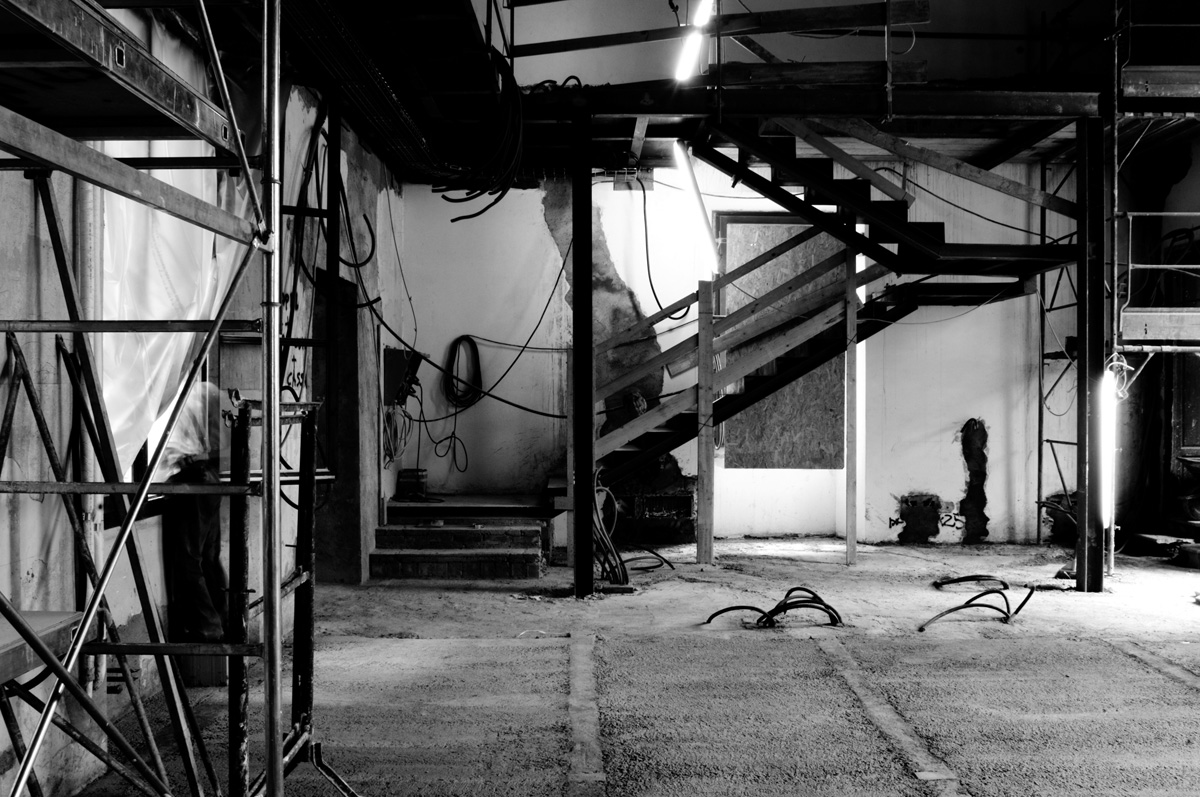 Conservative restoration was also undertaken in Palazzo Tornabuoni’s remarkable Sala delle Muse, which staged the world’s first opera performance in 1594. Now owned by the Dagbjartsson and Petrosky families, the proprietors generously allow the club to use their magnificent apartment for special events, such as an intimate performance by Andrea Bocelli in May this year to celebrate Palazzo Tornabuoni’s tenth anniversary. Nestled in this sumptuous space is an 18th-century couch, impeccably detailed with gold, which was given a new lease of life by Nesi. Of particular note is the restoration of the wooden ceiling in the club’s lounge. The innovative approach involved using methods normally applied to panel paintings, with a team of seven people working over a period of five months to return the ceiling to its glory. The room was stripped bare to focus on each panel in painstaking detail. Diagnostics identified where the colour was flaking, pinpointing discoloration, humidity and condensation levels, as well as measuring how air and light were affecting the wood. Work was also carried out on the sublime frescoes adorning the lounge walls. The biblical stories by the 17th-century artist Agostino Ciampelli have been carefully brought back to life by Tommaso and his team. 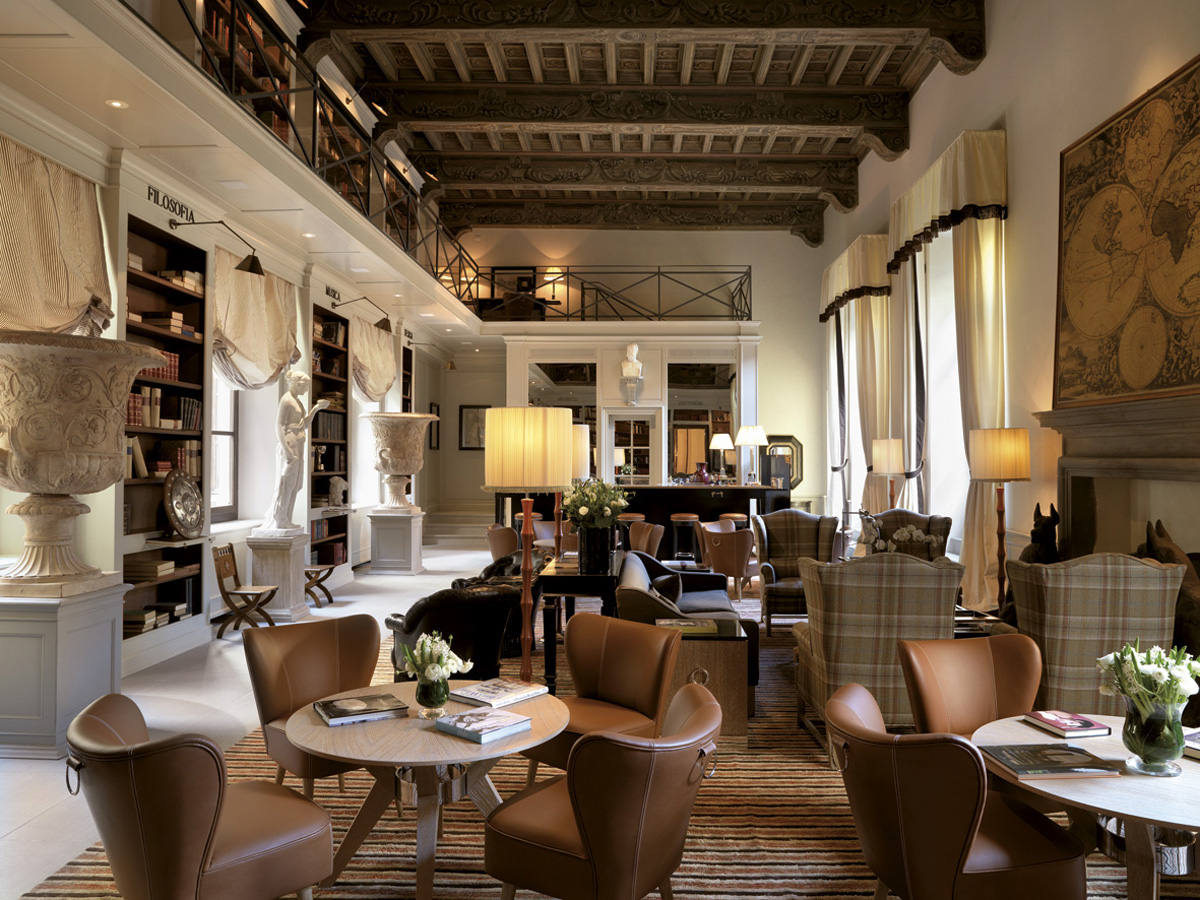 Scientific precision and a passion for upholding the cultural legacy of the historic landmark are behind each decision. The keepers of Palazzo Tornabuoni are mindful of the honour and responsibility involved in bringing a building of this heritage and calibre into the 21st century while respecting its artistic and historical significance.

The very best Italian architects and restorers have taken Palazzo Tornabuoni’s ornate decorations, created over five centuries, and woven them into a tapestry that envelops today’s residents.

For more information about Palazzo Tornabuoni, a private residence club in the heart of Florence, visit
www.palazzotornabuoni.com 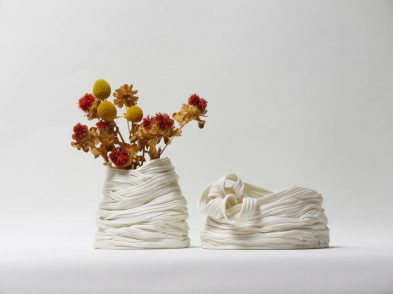 Piazza Santa Croce in Florence fills with the carefully crafted creations by skilled artisans for two fairs this season. The International Ceramics Fair will be held from October 1-2, followed ... 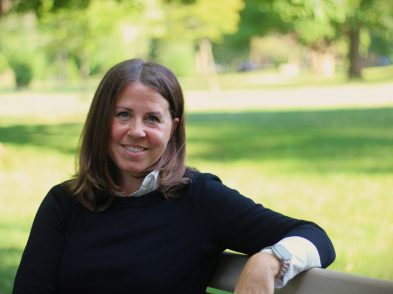 The Canadian School of Florence welcomes a new Head of School. Isabelle Leblanc chats with The Florentine about her move to Italy.