Pietro Aretino, orchestrator of the Renaissance

Aretino can be considered the father of art criticism.

Pietro Aretino was a central voice of the Renaissance: trained initially as an artist, the Arezzo-born Pietro (1492-1556) ultimately chose words as his preferred medium, but he always worked closely with visual artists and had a profound impact on art of the seminal period of the first half of the sixteenth century. An exhibition at the Uffizi’s Aula Magliabechiana, Pietro Aretino and the Art of the Renaissance, looks at the author’s cultural ambience in four cities. 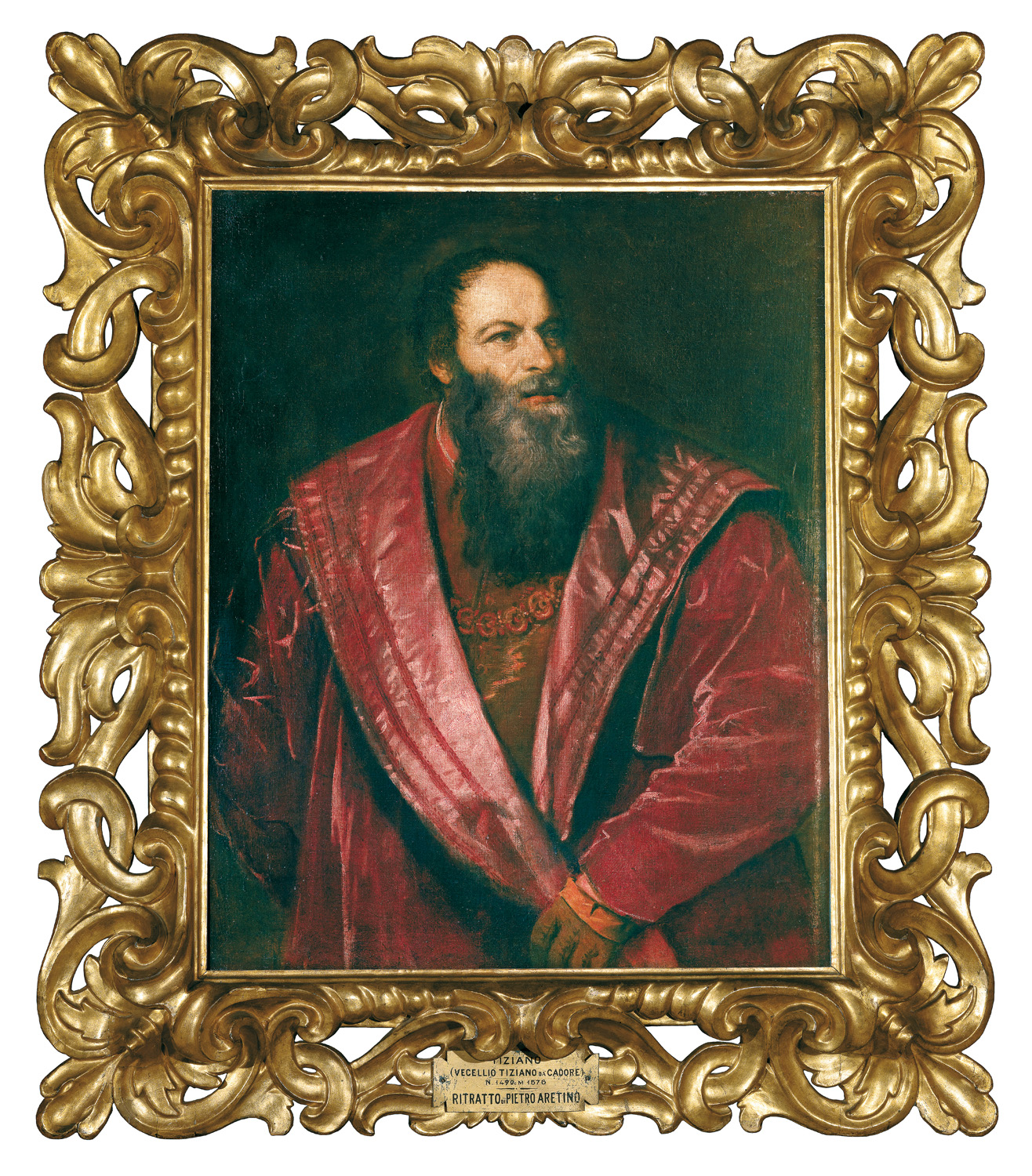 History hasn’t been particularly kind to Aretino—all his writings were placed on the papal index of banned books from soon after his death until 1966, hence the fact that there hadn’t been much opportunity to study them until recently—but during the Renaissance his importance is attested to by the number and quality of his portraits. The Palatine Gallery at Palazzo Pitti conserves an over-lifesize portrait of Aretino by none other than Titian, in a style that the artist used to paint popes and emperors. Aretino gave it as a gift to Cosimo de’ Medici hoping to affirm his presence in the Florentine court. He’s also depicted on medals—a model used by rulers—and in print by Marcantonio Raimondi, Raphael’s “official printmaker”.

If you’ve heard of Aretino at all, it’s no doubt due to the scandalous sonetti lussuriosi, or pornographic sonnets he wrote to illustrate equally pornographic images of lovemaking (for which engraver Marcantonio Raimondi was imprisoned), almost all copies of which were successfully purged. These were not the reason that Aretino “was indexed”; rather, it was his role in the world of politics and his equal abilities to praise, satirize and criticize that brought him down. 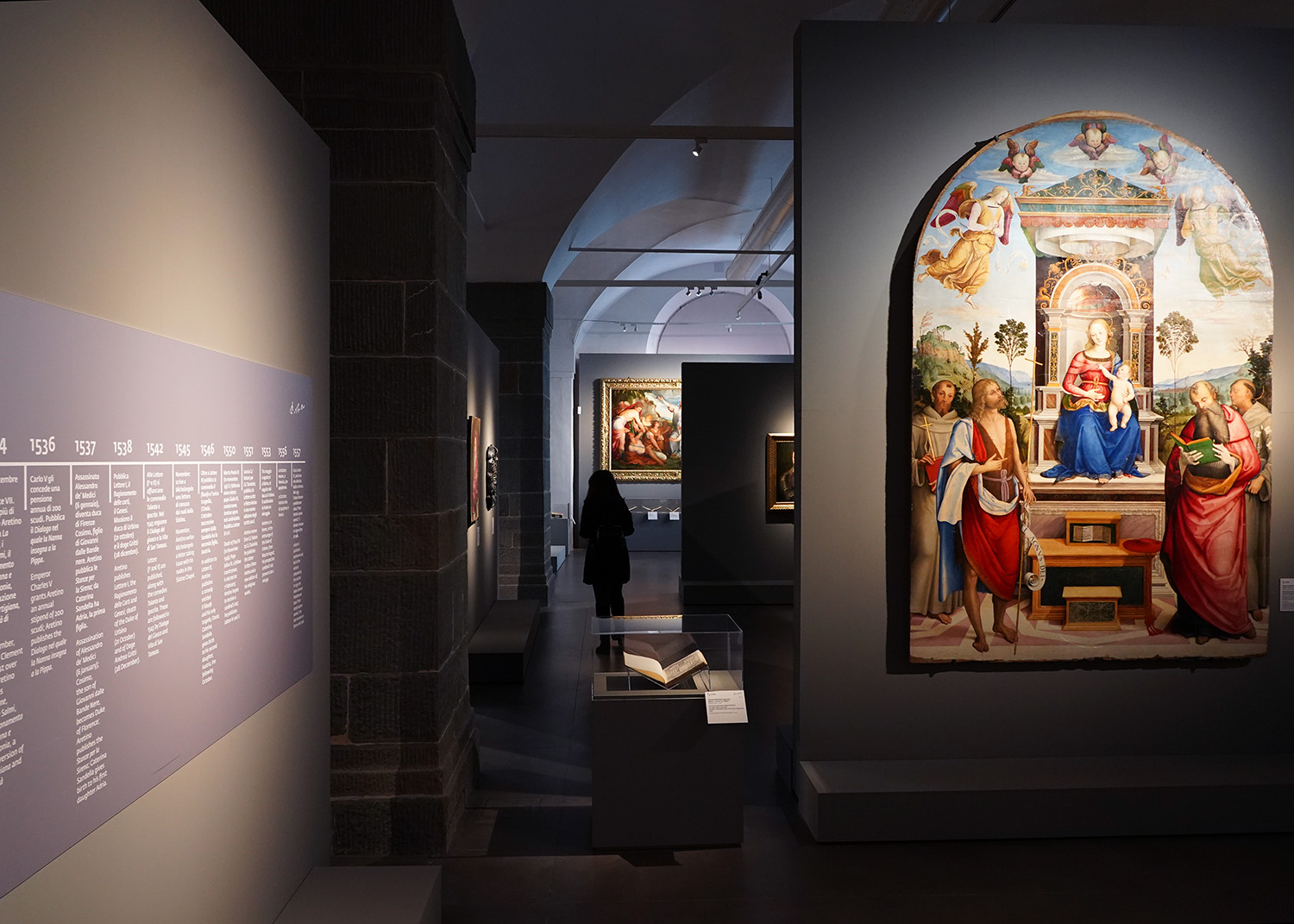 View of the exhibition at the Uffizi | Ph. Alexandra Korey

Aretino can be considered the father of art criticism, not for having written a “Lives” of the artists like Vasari would after him, but by praising and promoting artists in his circles. He was also a writer of religious works and hagiographies. The exhibition combines books by Aretino and his circle with some one hundred paintings and prints by important artists of the day, from Raphael to Titian, in the first study to consider the Tuscan writer in a multifaceted manner.

Pietro Aretino and the Art of the Renaissance
Uffizi Gallery, Aula Magliabechiana
November 27, 2019 to March 3, 2020