It’s not easy to have a successful career in the arts. It takes passion, patience, a bit of luck and above all, dedication. Luckily, that is something Mark Petrasso has in spades. Born in Australia to Italian parents, Mark has called Florence home for more than 20 years. A teenager who loved to draw and paint and always a cinema buff, Mark watched films not necessarily with the intention of making them. His creative output poured when he made the move here, crediting the city as naturally drawing out artistic instincts: “I see Florence as an ideal setting for film; its history, culture, and everything that surrounds us, from the monuments to the buildings and piazzas, with so many beautiful things on show, there’s a perfect backdrop everywhere you go.” 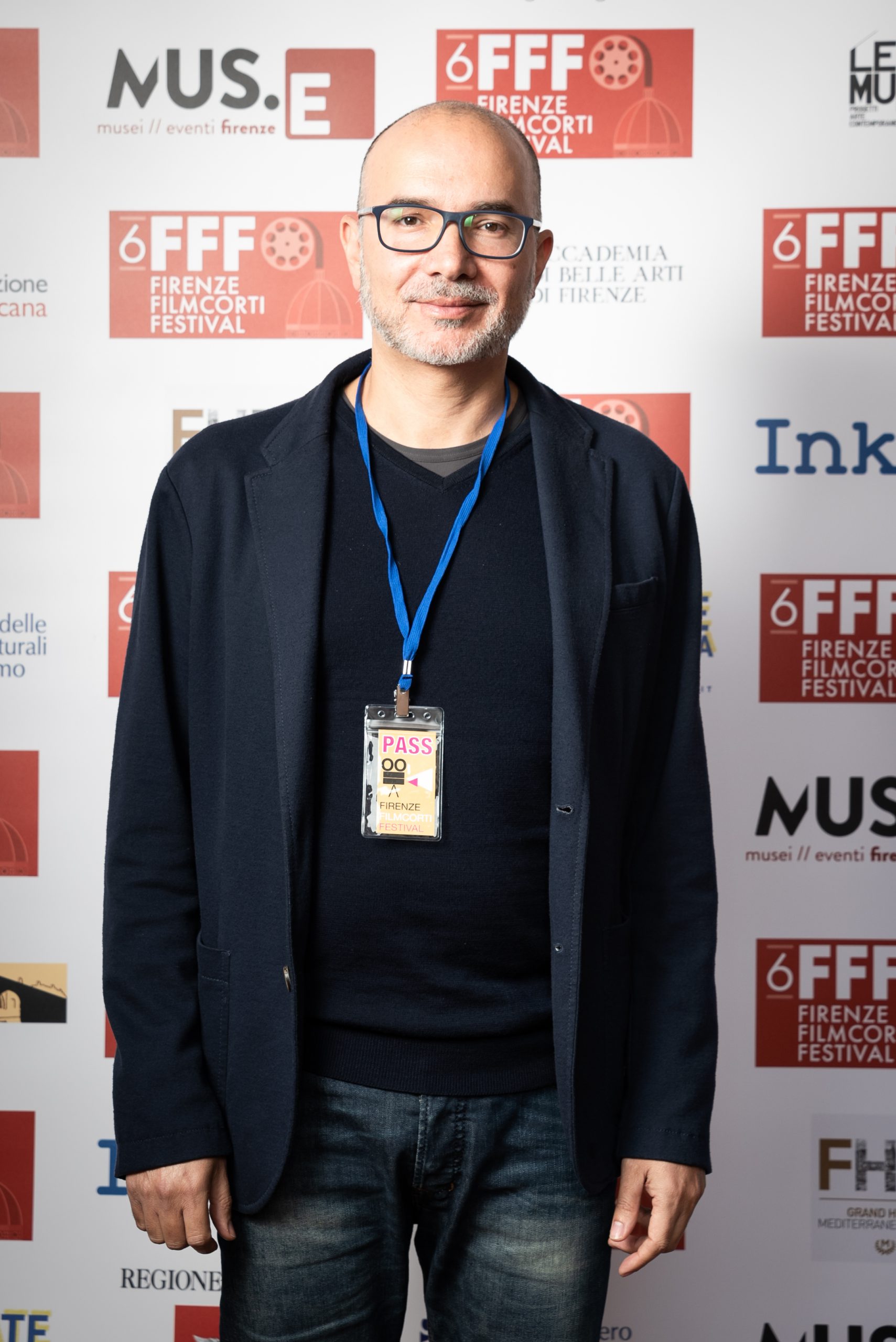 My parents emigrated from Calabria to Newcastle, Australia, where they lived for 40 years before becoming homesick for Italy and returning upon their retirement.” Mark accompanied them at the age of 20, spending seven or eight years in Calabria before following his then girlfriend (and now wife) to Florence. Thus began his multi-discipline creative career. “I studied drafting and surveying at a technical college. If you look at the first exhibition I had, I painted a lot of houses and buildings, things I took from my experience of architectural and mechanical drawing.”

Mark’s artistic career grew from drive, inspiration, and perhaps restlessness: “When you’ve got a job, settled down and essentially everything is established, then it’s time for a challenge.” Balancing a career as an English teacher at The British Institute of Florence with his many projects, Mark goes from one medium to another. “People have suggested that I give up ‘all the other stuff’ and just choose one, but it’s not my nature. I finish a short film and then I think, now what am I going to do? I feel like I need to paint, I’ve got an idea, so I start painting. I’ve got a series of paintings: now what?” Intent on seeing a project through to fruition, enviably Mark doesn’t seem to experience the block that many artists endure when it comes to completing a work. 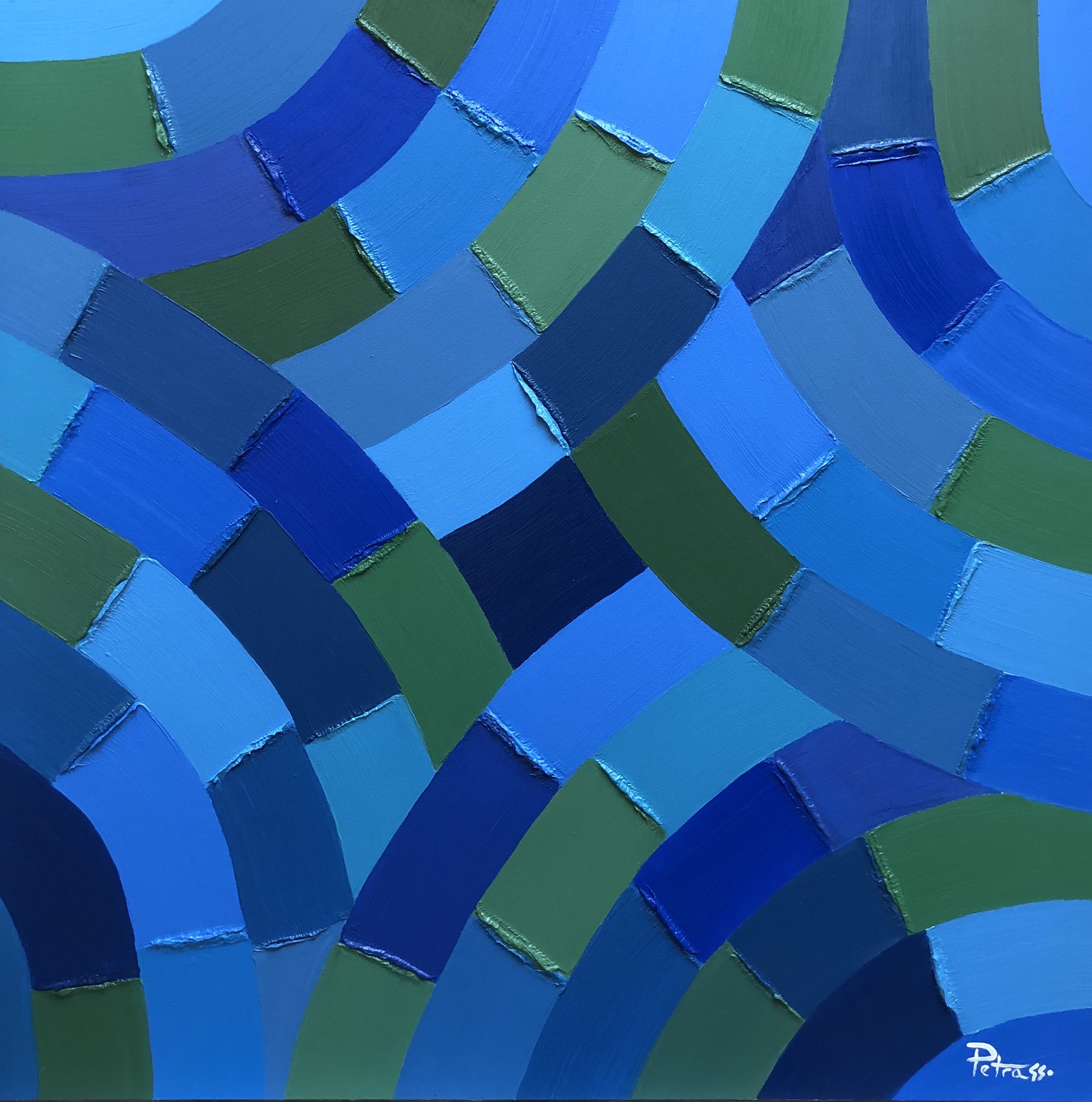 Work from latest exhibition at Belcore restaurant, via dell’Albero 28-30

A painting course at Jeanne-Isabelle Cornière’s studio in 2010 was instrumental in guiding Mark’s technical ability into other styles. Admitting to not having a particular style, Mark reflects, “My first paintings seem to have reminded people of Hopper, but there are a lot of painters that I love: Magritte, Dali, Picasso and the Impressionists. They’ve all lent something to my work.” Having previously exhibited in a number of venues across Tuscany, including Galleria Mentana in Florence and Museo delle Genti di Montagna in the Mugello, his latest works are currently displayed and available for purchase at the Belcore Ristorante in via dell’Albero. In a decidedly different style to his previous exhibitions, they are evidence of Mark’s inventive energy. Writing came as a natural successor to these endeavours. His short stories garnered Mark his proudest moment: receiving an award at Premio Firenze in the Salone dei Cinquecento for his short story The Brown Family in 2014.

Filmmaking is yet another string to his bow. A film editing course at Scuola di Cinema Immagina in 2005 led to co-directing his first film Girotondo, when he quickly became enamoured with the filmmaking process. His works gave rise to numerous successes at short film festivals all over the world, as well as a multitude of awards. Both the screenwriter and director for his films, a devotion to the craft is clear. “I consider filmmaking the ultimate form of art because it’s all in one: you have writing, photography, acting, set design, costume design and music all in the same medium. I think most people don’t actually realize that when they watch a film, and they aren’t aware of how difficult it is to make everything blend perfectly together. It’s a sort of symphony when it’s made well.” Alongside Mark in making this harmonious combination flow is his team of collaborators: Matteo Castelli (director of photography), Fabio Bianchini (editor) and Matteo Masi (music composer). “I base my films around city life in Florence. We are surrounded by so many things and so many people, but ultimately, we are on our own.” This true but somewhat grim message is at the centre of films such as Tabula Rasa, which looks at the 1970s in which terrorism had gripped the city. Other works go very much in another direction. His latest script, which was a finalist in the screenplay section of the sixth edition of the Firenze FilmCorti festival in November, was a musical comedy, far from the introspection of his earlier output.

With aspirations for a feature film and an upcoming music video with UK electro pop group LMNL featuring Simon Batten, Mark’s limitless dedication to both art and the city is a testament to how much Florence can give to those who are passionate and patient in this creative capital. For more about Mark see www.markpetrasso.it.

Best restaurant or place for bistecca fiorentina in Florence?

Belcore, via dell’Albero 28-30. (I’d say that even if my works weren’t being exhibited there!)

The biggest difference between Italians and Australians?

Australians can stand in a queue, Italians can’t

The outfits that models and fashion designers wear during Pitti Uomo

Pet peeve or something you will never get used to living here?

People drinking takeaway coffee instead of sitting down in a nice piazza and enjoying a good cappuccino. That, or double parking