Following their social media response to Covid-19, the Uffizi has today launched a full-immersion tour of the gallery's most famous artworks.

Following its social media response to Covid-19, the Uffizi has today launched a full-immersion virtual tour of the gallery’s most prestigious areas.

By clicking here, anyone with a computer, tablet or smartphone can take a virtual tour of ten rooms in the Uffizi, including those that have opened over the past year. The suggested route starts with the Sala delle Dinastie and its portraits of the Medici and the Della Rovere, two families who had an instrumental role in the Uffizi’s current collection.

The tour proceeds from the titans of the Florentine High Renaissance, including Bronzino, Vasari and Pontormo, to those of sixteenth-century Venice. In Titian’s Venus of Urbino, these latter rooms have one of the most recognisable images in Renaissance art; they also contain works by Tintoretto, Veronese and Sebastiano del Piombo. 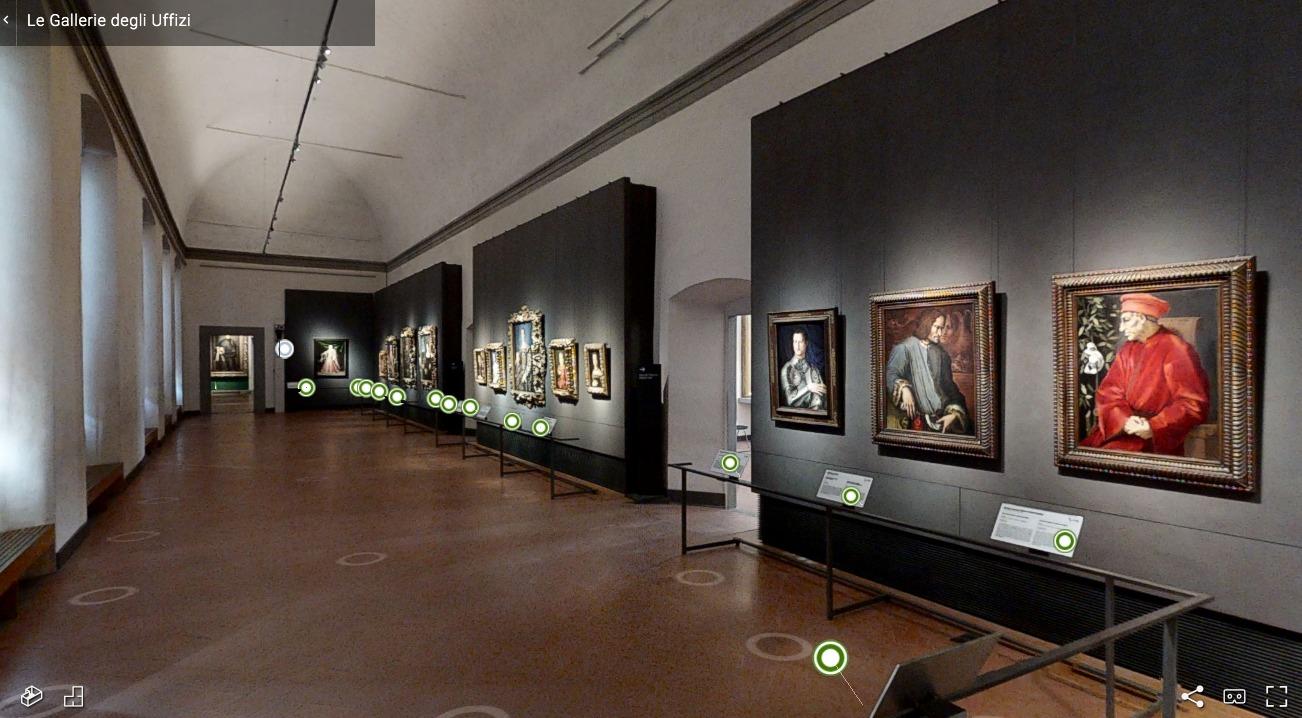 One of the rooms featured in the virtual tour

The tour comprises 55 artworks in all, which can be viewed from a variety of angles and distances. Essential notes, in Italian or English, can be accessed by clicking on the information panels, while the most famous pieces have a link to their details on the Uffizi website.

Eike Schmidt, director of the Uffizi Galleries, noted that the initiative is “more than a means of escapism”, and that the tools and information it deploys enable a “deeper, wider appreciation of the artworks involved.” In one of the rooms, users can look out of the window and enjoy a sunlit view of Florence and the Arno.

The virtual tour is designed and produced by the Uffizi Galleries and Opera Laboratori Fiorentini.