The European Day of Languages ​​was established in 2001 by the European Union and the Council of Europe to celebrate linguistic diversity, multilingualism and lifelong language learning, with events taking place all across Europe on September 26.  The four language and culture institutes of Florence (The British Institute of Florence, Institut français Firenze, Deutsches Institut Florenz and Centro Lengua Española) join forces to to bring people closer to the fascinating world of European languages ​​and foreign cultures. The Giornata Europea delle Lingue Firenze Facebook page will host a virtual game with prizes on offer to win language courses of your choice by answering questions on fun videos and various language quizzes. These will be scheduled every hour on the day. The Institut français Firenze has organized some in-person and online activities, including a guided walk in French in the footsteps of famous French people who have stayed in our city, yoga in French and film screenings in collaboration with the British Institute of Florence with 5 French films screened in original version with English subtitles. 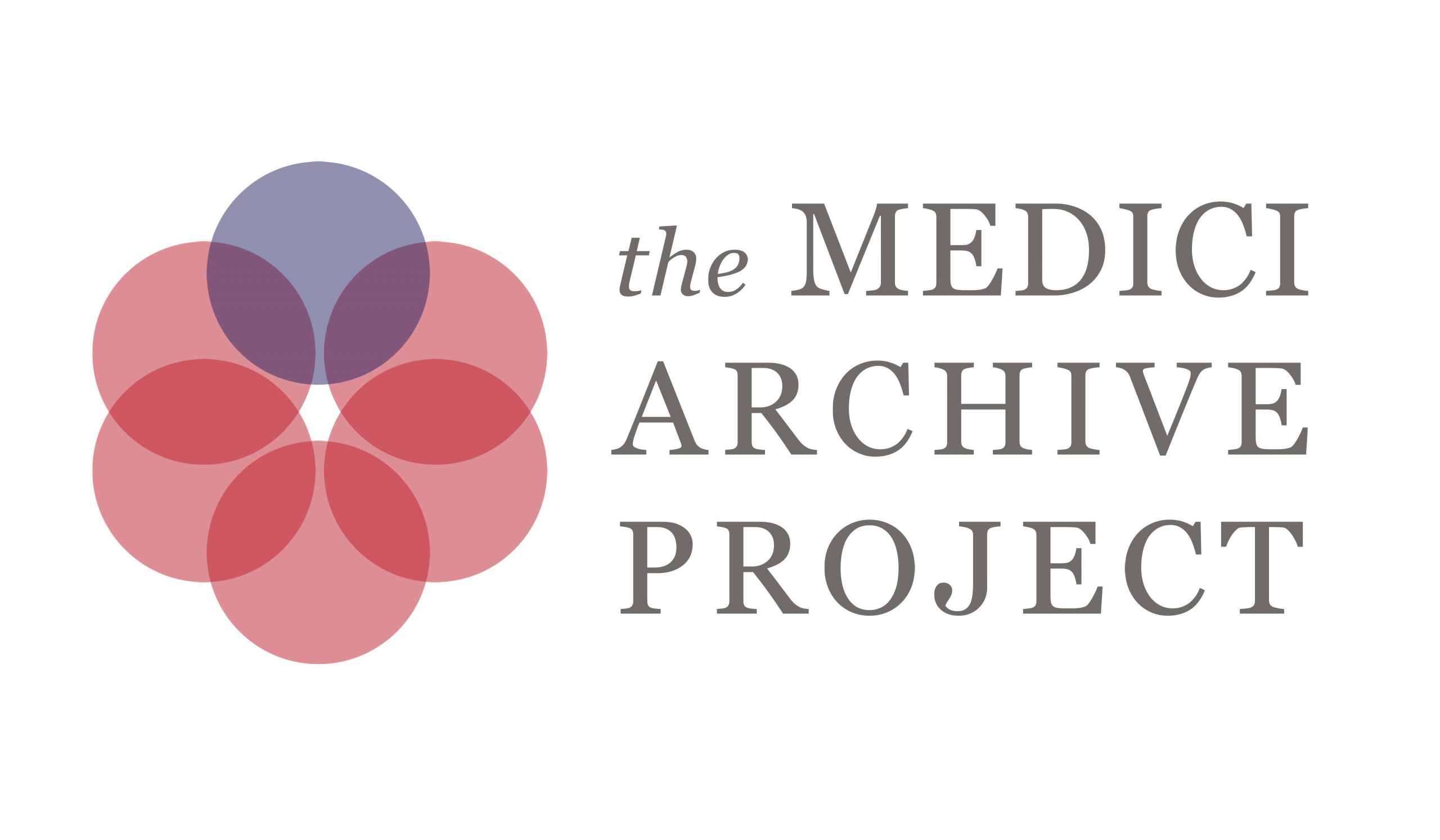 The Medici Archive Project are hosting a series of talks intended to bring academic archives to a wider audience. Titled ‘Tuesday Ten Talks’, the four online events are free and will take place at 5.30pm EDT. No registration required, simply click the link on the date. The talks last half an hour and will be followed by questions from the audience. 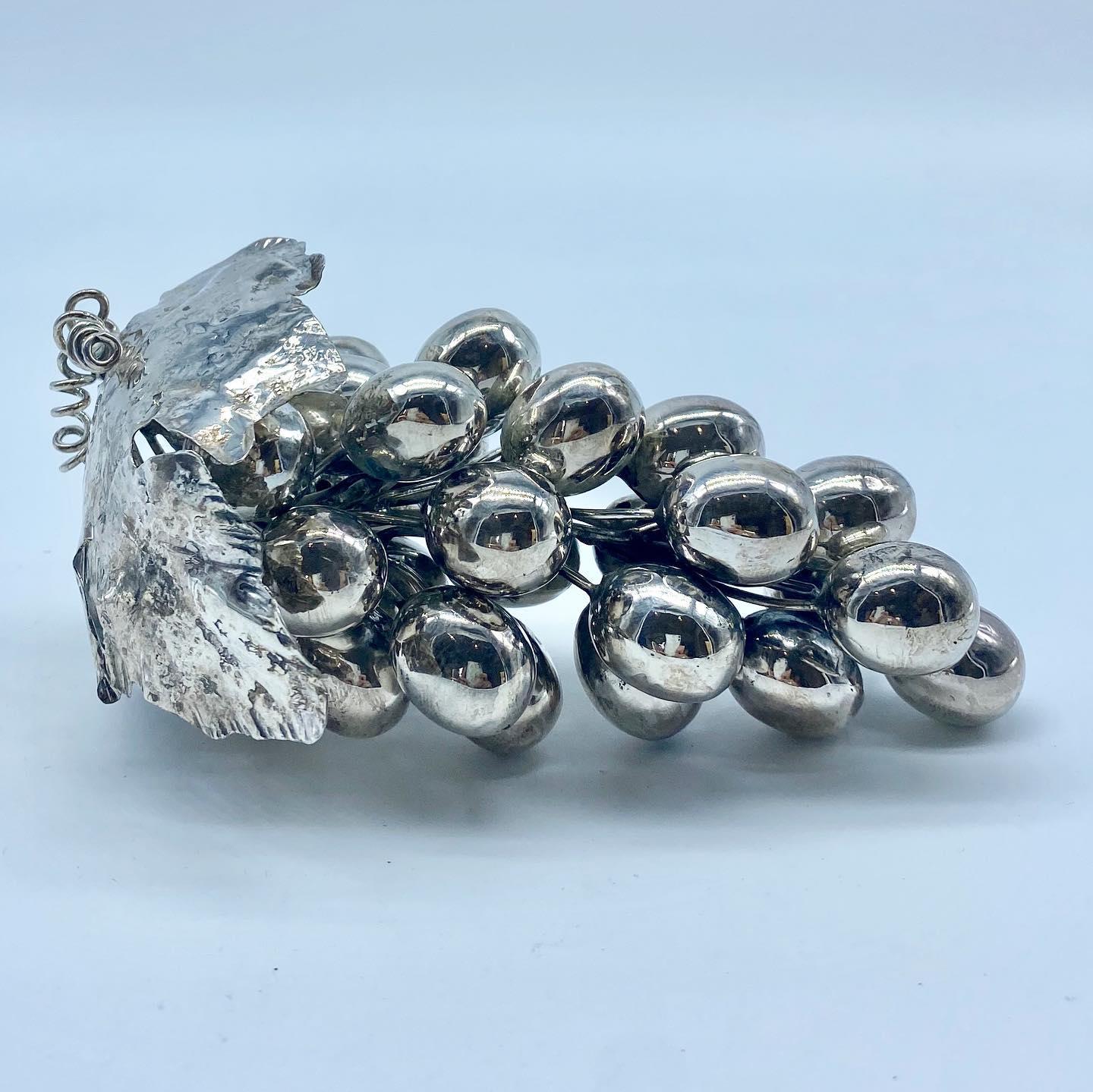 The best of Tuscany

Wine meets craftsmanship as 15 artisans and 9 wineries meet in three places in the city. A tasting menu by chef Enrica Della Martira features the best of Florentine cuisine. The event series also takes in the incredible local crafts from jewellery and mosaics to perfumes and leather accessories, enriching the tastings. Free admission. See here for more. 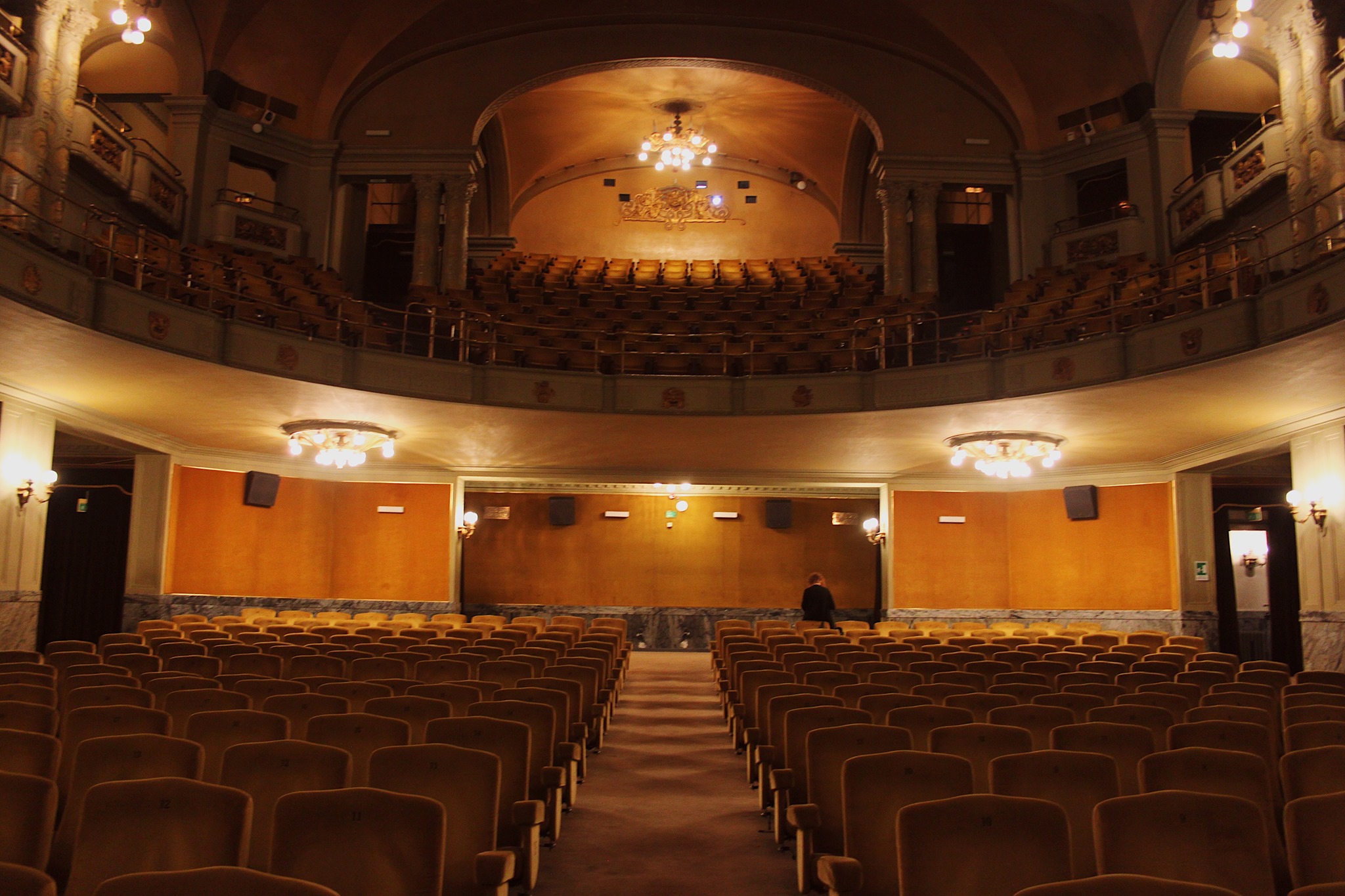 Historic venue of the Odeon Firenze

Firenze Film Festival is an annual event dedicated to independent cinema with poignant stories that will challenge the way you think and feel. Awards will recognize the best independent filmmakers in a wide range of categories. Free entrance.
Odeon Cinema,
via degli Strozzi 2, Florence 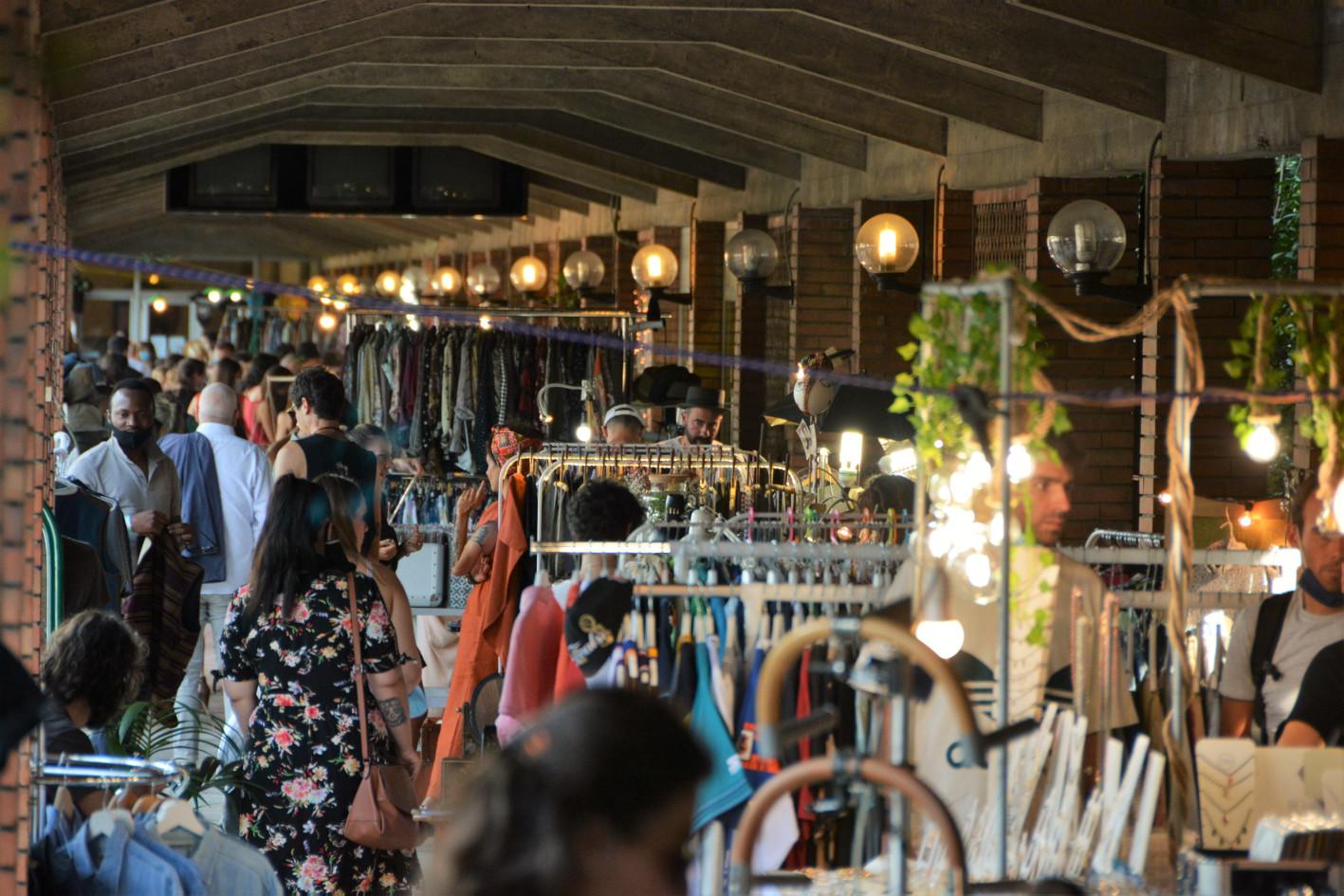 Vintage fans rejoice, the Visarno market is back! The latest edition of the vintage and crafts market exhibition features workshops for children, live painting, music and street food. A relaxation area and refreshments complete the two days of treasure hunting. Free admission. 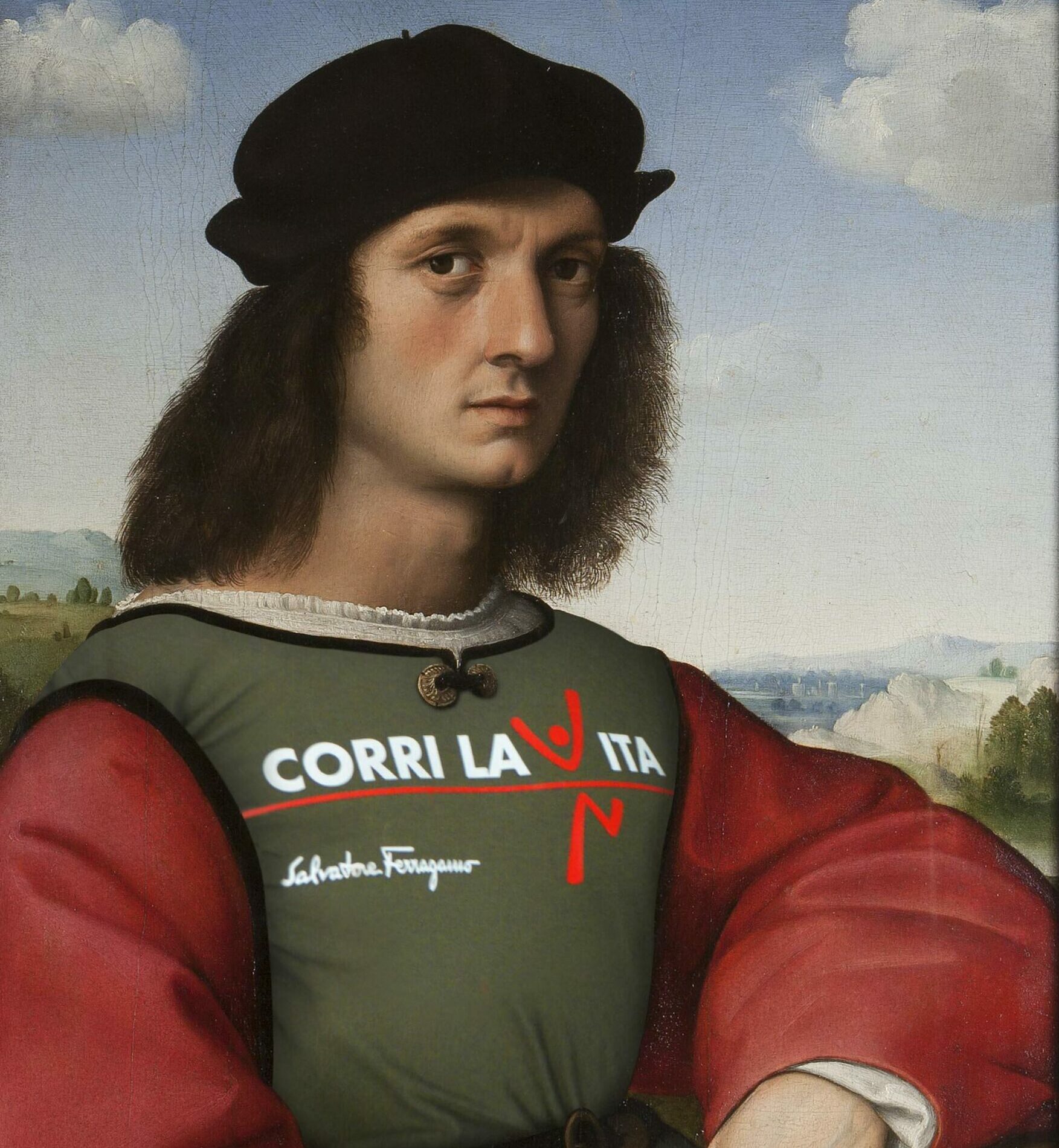 The 18th edition of the run to raise funds for the treatment and prevention of breast cancer is a special one. Taking place during the European Week of Sport, this edition won’t see thousands pounding the pavement of a pre-established route, it will instead be a more individual affair; your family and friends cheerleading you from wherever you choose to run. There will still be plenty of comradery, however, as participants can join together via the Corri La Vita Facebook and Instagram at 9.30am, 12, 3 and 6.30pm. The charity recently made an extraordinary donation of 200,000 euro to support Careggi Hospital during the ongoing health crisis. This event, however, returns to their traditional focus on the fight against breast cancer, specifically to support Ce.Ri.On, the ISPRO-LILT Oncological Rehabilitation Center of Villa delle Rose with LILT, the Italian League for the Fight against Cancer Florence, and also SenoNetwork Italia Onlus that brings together the Italian Breast Units and FILE Italian Foundation of Leniterapia Onlus. The funds raised will also go towards the EVA Project, supporting women with health issues linked to their treatments. The bio-compostable military green t-shirts were designed and donated by Salvatore Ferragamo and wearing one will grant you access to more than 30 cultural destinations for free. Graphics to promote the event show Agnolo Doni, a Florentine merchant and patron, as painted by Raffaello Sanzio, chosen on the 500th anniversary of the artist’s death. Unable to participate? Donations of 10 euro will see the official t-shirt delivered to your home, anywhere in Italy. Additionally, on September 25 and 26, the Ispro mobile unit will be set up in piazza della Signoria to perform mammograms, (based on prescription and a paid ticket). Melanoma prevention visits will be carried out for free by LILT. Reservations for both can be made by calling 055 576939.

CINEMA/ Paolo Conte: via con me 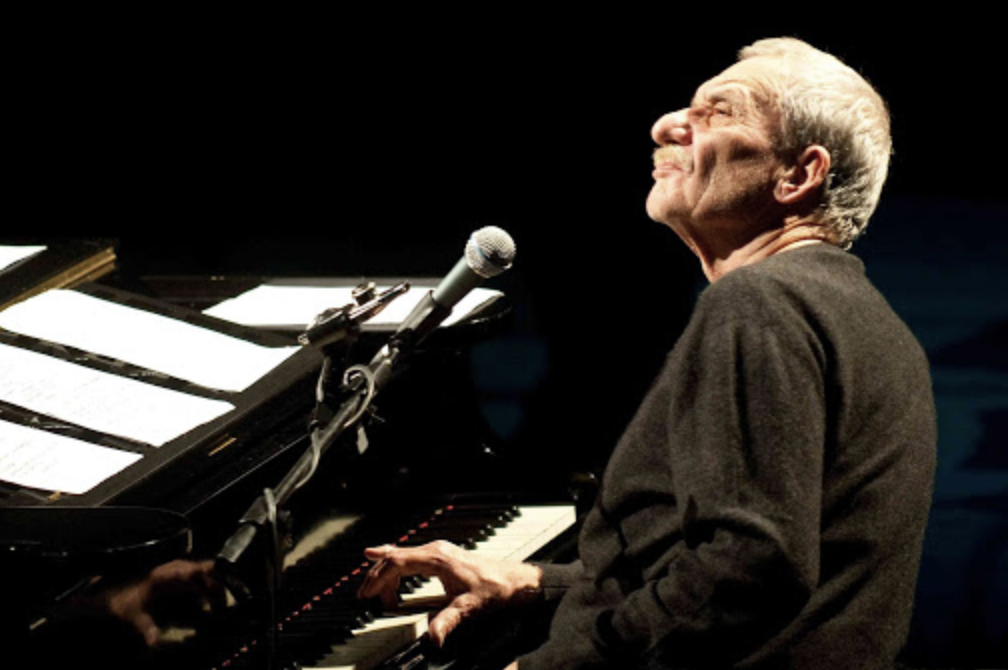 The renowned Italian singer, pianist and composer is the subject of a film event narrated by Luca Zingaretti. With music, exclusive interviews and previously unreleased materials, this is the fascinating story as told by those who knew him. Appearances by well-known names such as Roberto Benigni, Giorgio Conte, Isabella Rossellini, Jane Birkin and Peppe Servillo cast light on one of the greatest musicians in the world, compared by the New York Times to Tom Waits and Randy Newman. 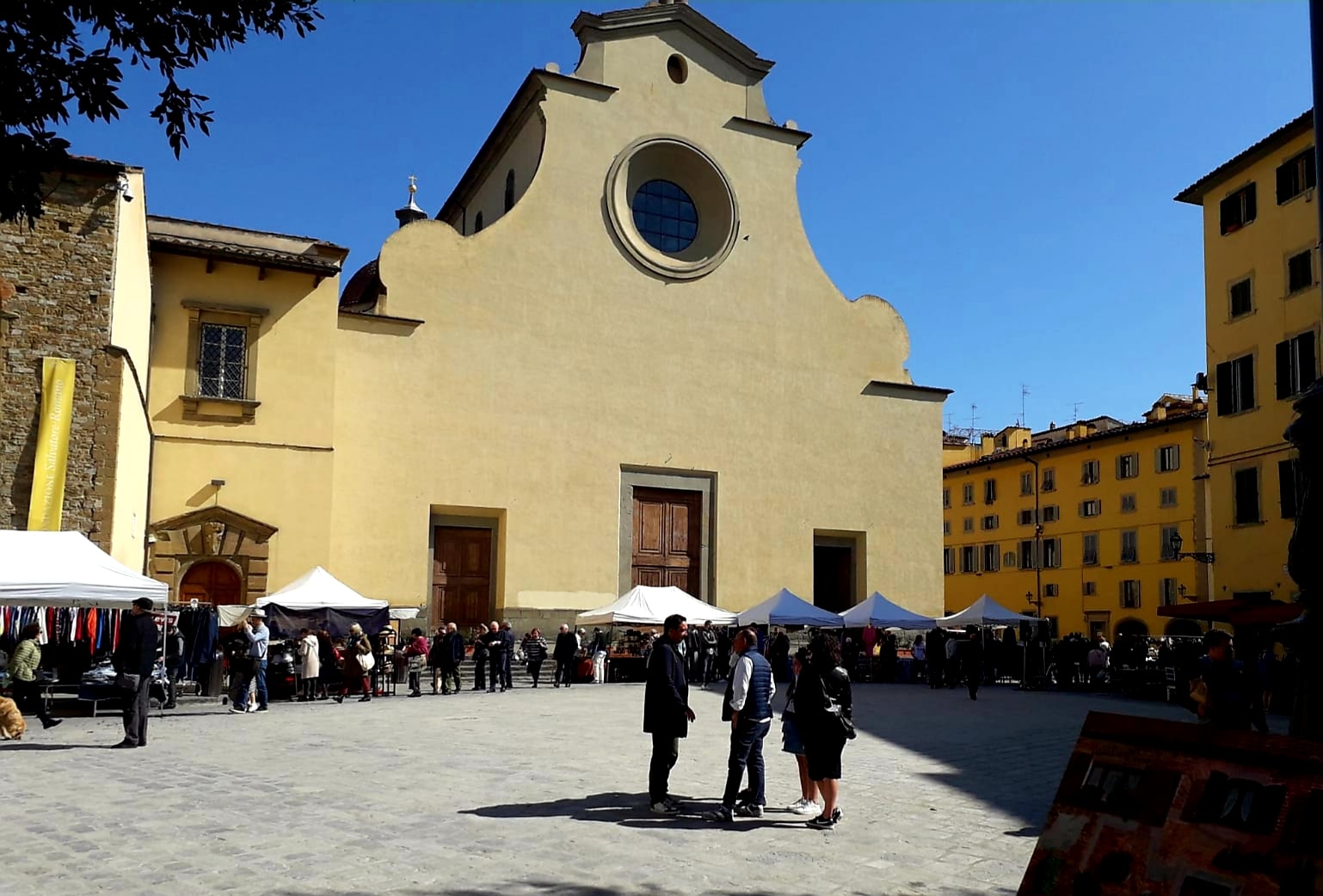 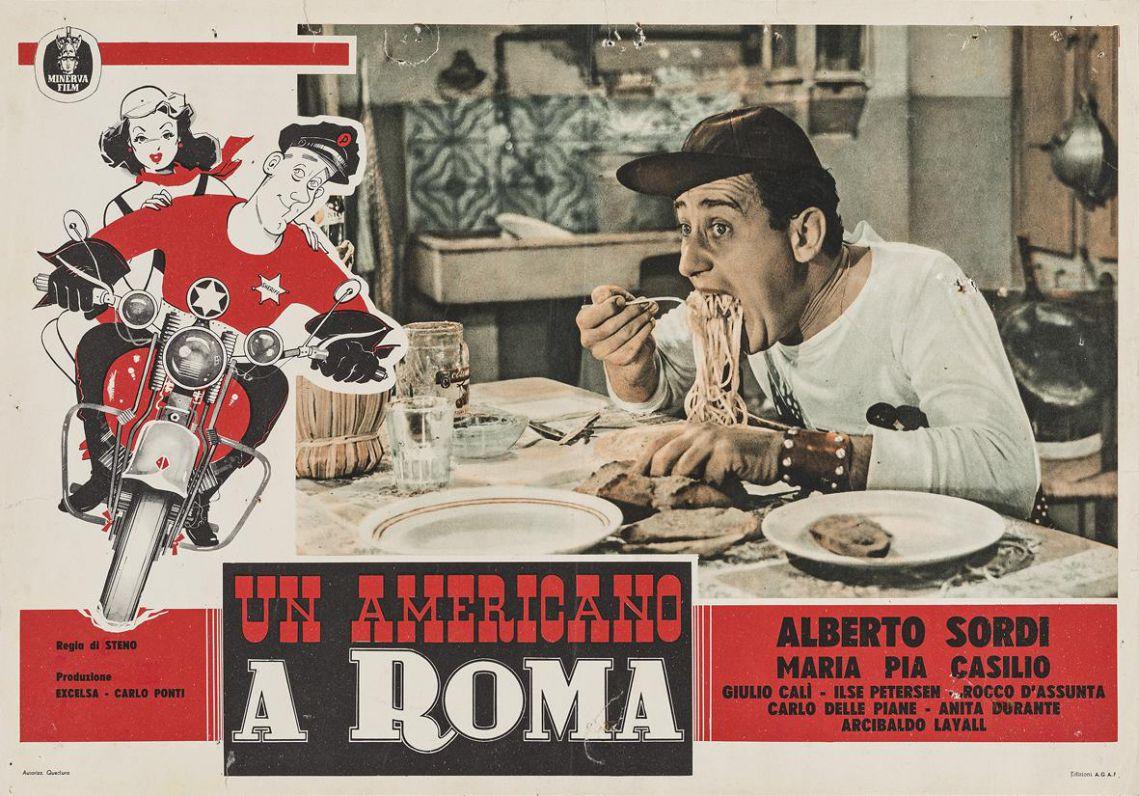 The Lucca Film Festival events include a tribute to Boris with Caterina Guzzanti. Appearing at the events will be Matt Dillon (recipient of a Lifetime Achievement award) and Vinicio Marchioni among others. With plenty screenings, masterclasses are also part of the programme. Events will also be streamed online on the Più Compagnia platform. Free admission. 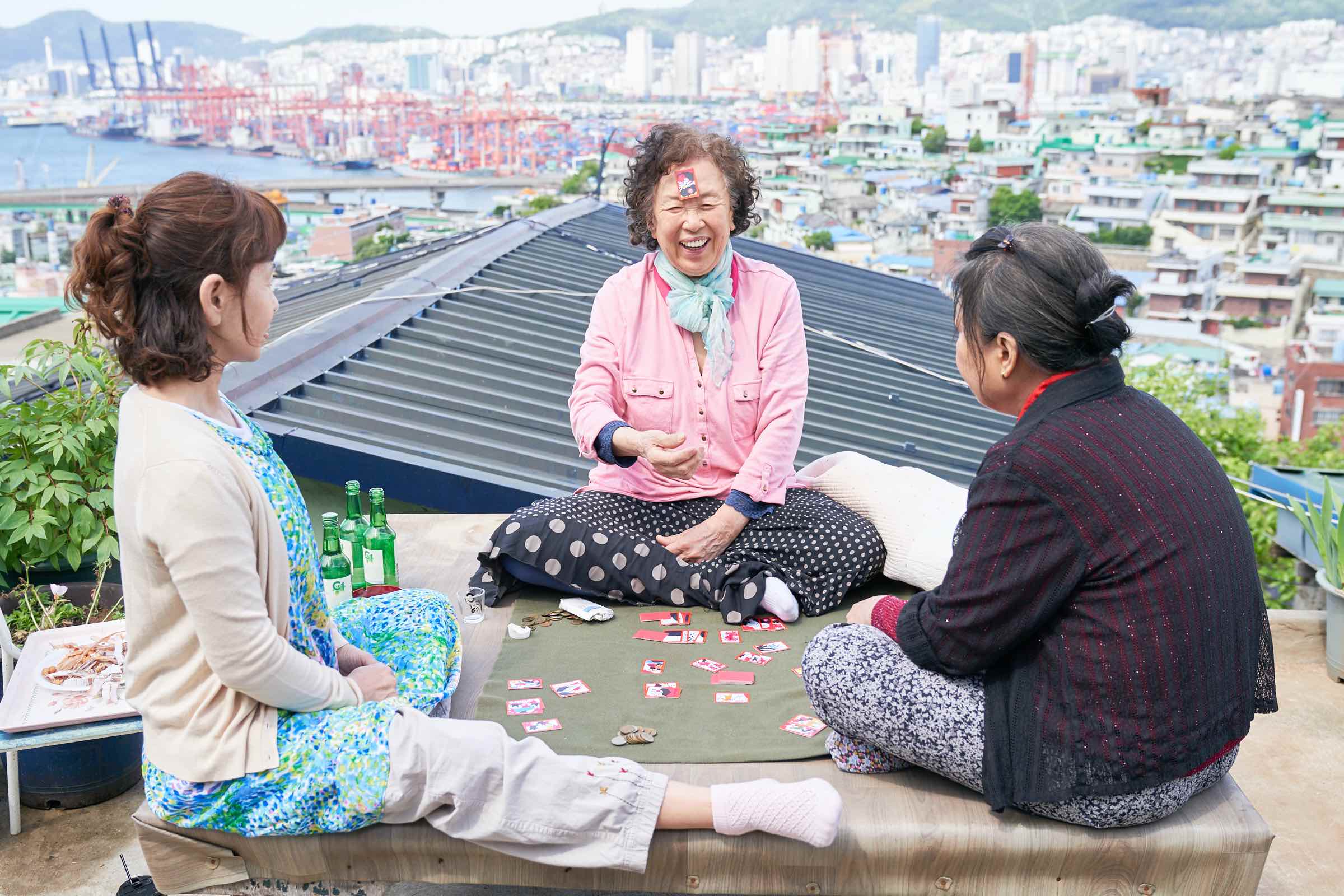 The 18th Florence Korea Film Fest will be a mix of screenings held at Cinema la Compagnia, and online. Shown in original language with both Italian and English subtitles, the programme is divided into Korean Horizons, dedicated to contemporary film stars; Independent Korea, for young and talented directors outside of large-scale distribution; and Corto Corti, devoted to short films. K-History and K-Documentary complete the programme. At the centre of this year’s festival is Cho Jin-woong, the well-known actor who has charted up over 50 performances across cinema and television, with that of the villain his most played role. Oscar-winner Bong Joon-ho’s Parasite will be shown on September 30, preceded by a video-greeting by the renowned director. The final evening will also see the awarding of prizes voted by the public and jury. Full programme available on their website and you can read our interview with the director and founder of the festival, Riccardo Gelli here.

Live from Siena’s spectacular Loggia dei Nove at the Palazzo Pubblico, Michelin-star chef Silvia Baracchi will demonstrate a few of her award-winning recipes starring top Tuscan specialities, such as Pecorino Toscano DOP, Pecorino delle Balze Volterrane DOP, Finocchiona IGP, Prosciutto Toscano DOP, Cinta Senese DOP, Olio Chianti Classico DOP Olio Toscano IGP as well as Agriqualità barley and pasta. The event will be presented by The Florentine‘s editor-in-chief, Helen Farrell. The event is part of the BuyFood Toscana 2020 has been developed as an innovative way of bringing the international press and food lovers to Tuscany during these challenging times. The presentation will be live streamed on Visit Tuscany’s FB page. The event will last 90 minutes and will be held in English. 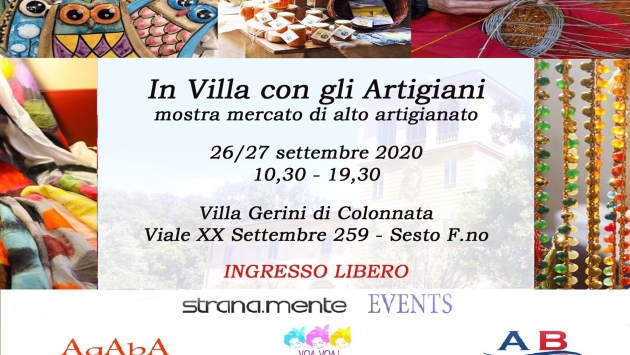 The best of ‘Made in Italy’

Strana.mente events presents the 11th edition of “In Villa con gli Artigiani”, an exhibition of high craftsmanship with the best of ‘Made in Italy’ in the stunning setting of Villa Gerini Colonnata in Sesto Fiorentino. With exhibitors from Tuscany and beyond, discover top-quality jewellery, clothing, accessories, perfumes, cosmetics, home decorations and high quality food and wine products. It will also be possible to take guided tours of the villa as well as enjoy a massage in the gardens as well as art exhibitions, activities for children and workshops, with street food also available.  The Voa Voa Association will be present as a guest at the event. Free admission. T: 333 2521819 or email strana.mente@live.it. Free admission. 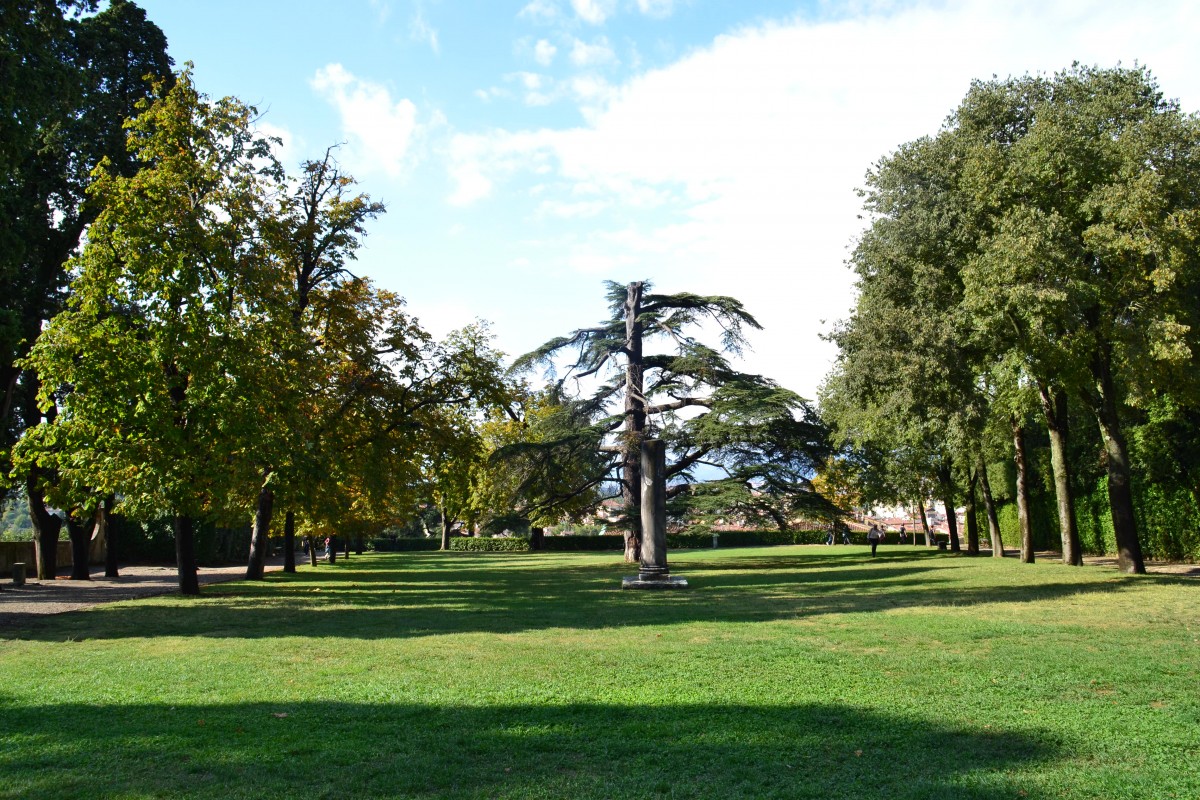 Path to a better Florence

A panel discussion with The Economist journalist John Hooper (Moderator), Cecilia Del Re (Assessore all’Ambiente), Sergio Gatteschi (Amici della Terra), Federico Caleno (Responsabile e-Mobility, Enel Italia) and Francesco Tronci (NOVA-MBA President) will look at what we can do to improve environmental sustainability in Florence and what changes are needed to make Florence a smarter, greener city. The session will be interactive, with questions and comments from the audience encouraged. Reserve your place to the Zoom Webinar here. Streamed live from the Harold Acton Library (Lungarno Guicciardini 9), you can also attend in-person by reserving you seat here.