In a city that still reels in the celebration of the achievements of great names such as Dante Alighieri, Filippo Brunelleschi, Sandro Botticelli and a plethora of others, the name Annalena Malatesta does not exactly roll off the tongue. However, much in the same way that the great poet Dante Alighieri is known by his first name alone, the first name of this Renaissance noblewoman still lingers in Florence today.

Walking along the via Romana in the Oltrarno, it is still possible to see vestiges of ancient hospitals, carved stemme (coat of arms) above doorways and quaint artisanal workshops reminiscent of Florence’s past. It is also along this ancient street at number 34, that the Hotel Annalena (previously called the Pensione Annalena) can be found. Once the haunt of great writers such as the Nobel Prize winner Eugenio Montale, who stayed at the guesthouse with his muse Irma Brandeis during the 1930s, the history of this charming building harks back much further in time, which may not be immediately obvious from its exterior. Indeed, the building has witnessed a fascinating past and a plaque near the entrance door of the palazzo inscribed with the words “Casa di Annalena” tantalisingly hints at this. 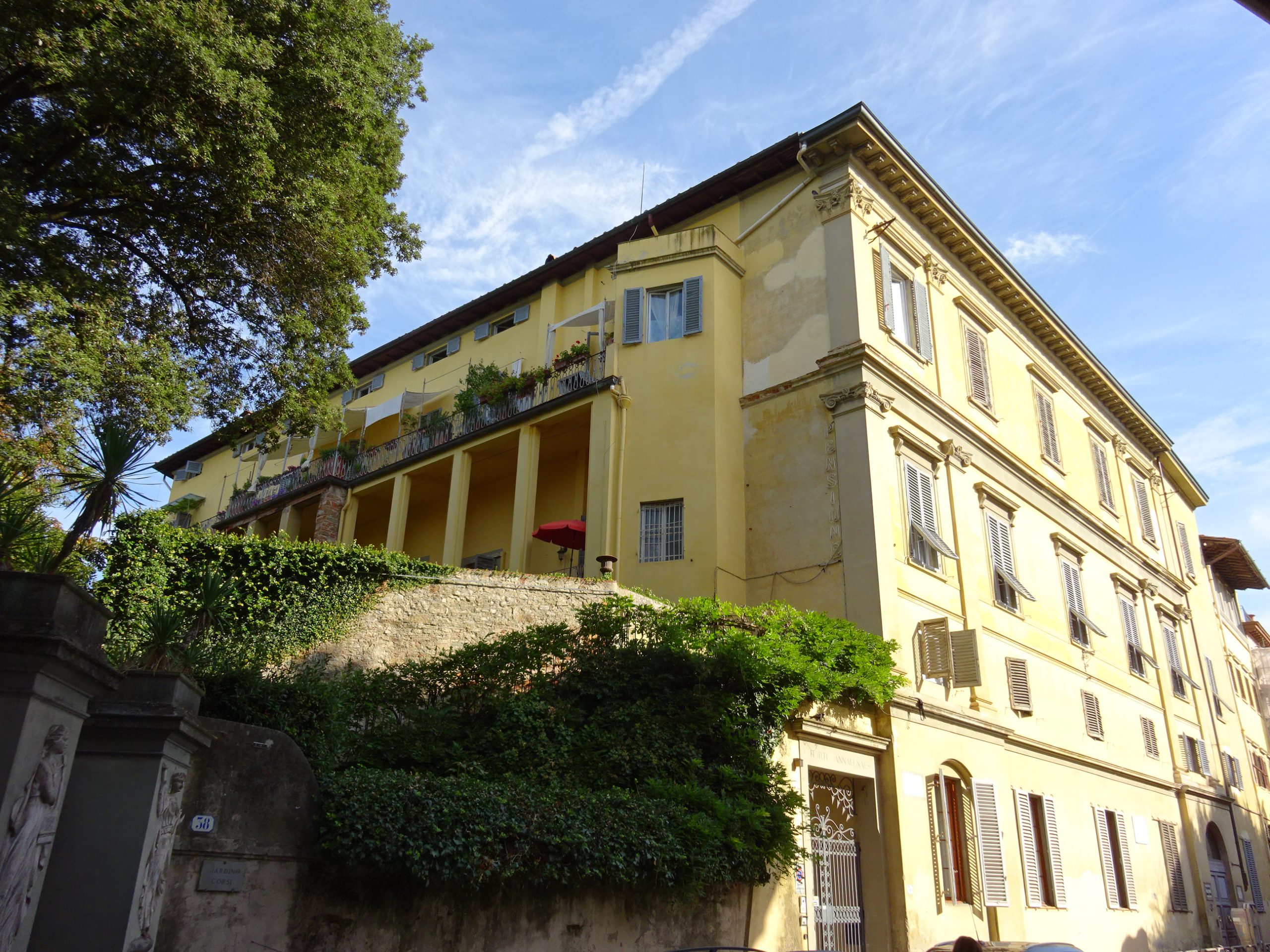 Hotel Annalena in via Romana, Florence

Those interested enough might also observe that the name Annalena actually extends beyond the hotel and can be seen in the words HORTI ANNALENAE (Gardens of Annalena) inscribed on a lintel above the entrance to an adjacent garden. A little further along one can also find the Corsi Annalena Garden. Across the road from the hotel, there is even a public entrance into the Boboli Gardens, which is known as the Ingresso d’Annalena and inside these gardens there is the Annalena Grotto. Like me, you may be wondering who Annalena was. Sadly, even many Florentines are unaware of the history and legacy behind this name.

From the small number of existing written references to Annalena it is known that she was a relative of the Medici and the widow of a famous fifteenth-century condottiere (mercenary soldier) named Baldaccio d’Anghiari. He was brutally murdered in 1441 against a backdrop of conspiracy and intrigue during the years of Cosimo il Vecchio de’ Medici’s ascendancy to power. Following the assassination of her husband and the loss of her son, Annalena abandoned the world and founded a convent. Sadly, through the mists of time, Annalena’s name has become shrouded in the mystery surrounding the more sensational story of the assassination of her husband. Few people know that Annalena was truly remarkable in her own right. She lived in what was essentially a man’s world and she could easily have slipped into the shadows, yet she succeeded in overcoming personal tragedy and countless obstacles in her life. Although her name may not be as well-known as some of the other great Renaissance personalities, she became one of the most inspirational and significant female spiritual figures in fifteenth-century Florence and the convent that she founded became one of the most important and magnificent in the city.

The present-day Hotel Annalena stands upon part of the site that was once occupied by the San Vincenzo d’Annalena convent complex, hence the significance of the aforementioned plaque. The site of her convent actually occupied a vast area that bordered the adjacent convent of Santa Chiara, which was also founded in the fifteenth century. Even today’s Teatro Goldoni, located in the nearby via Santa Maria, stands upon the hallowed ground that once belonged to the Annalena convent. 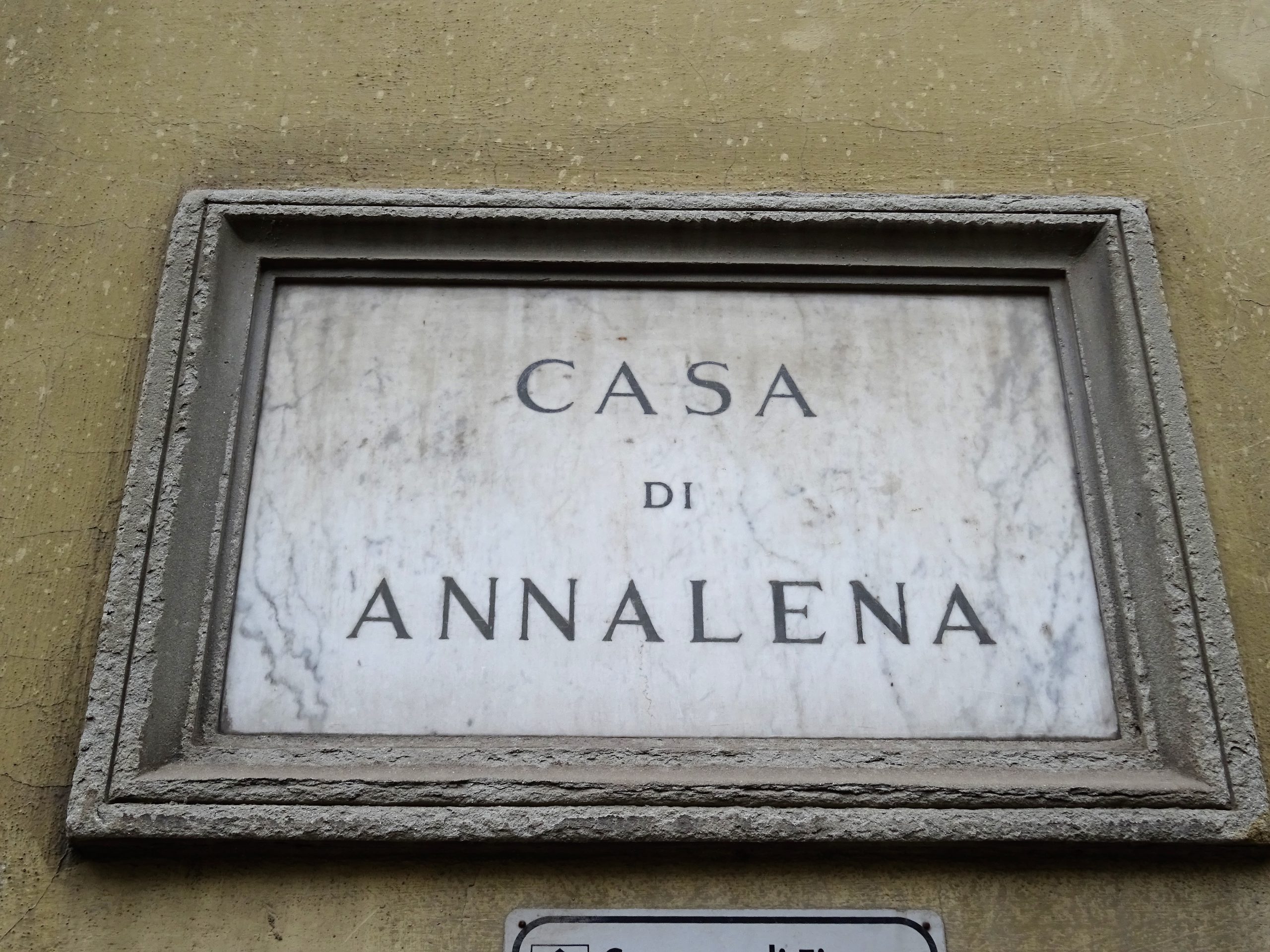 Since its beginning, the convent had enjoyed the patronage of Annalena’s kinfolk, the Medici family, whose emblem—it has been noted—could be found everywhere in the religious complex. Many important art commissions were associated with Annalena and her convent, and although some are now lost, we are fortunate that a few survive and can still be seen in Florence, including masterpieces by Fra Angelico, Fra Filippo Lippi and Desiderio da Settignano. The artwork painted by Fra Angelico, which now resides in the convent museum of San Marco, is known as the Pala d’Annalena, or the Annalena altarpiece. Additionally, the altarpiece of the Adoration of the Christ Child with Saints painted by Fra Filippo Lippi now in the Uffizi, is sometimes known as the Annalena Nativity.

It all started for me with the name Annalena. Little did I know that she would become so much part of my life and the inspiration for writing her biography, which celebrates the achievements and legacy of this fifteenth-century Florentine noblewoman. 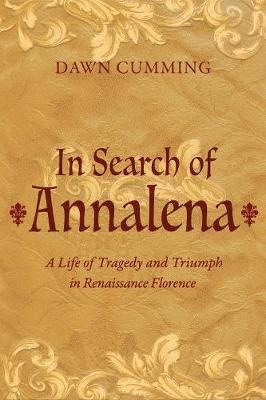 In Search of Annalena. A Life of Tragedy and Triumph in Renaissance Florence. 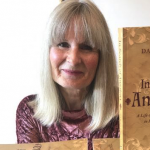