The works were undertaken by the Bargello Museums and the Opificio delle Pietre Dure, with the financial support of Friends of Florence.

Donatello’s San Marco at the Orsanmichele Museum on via dell’Arte della Lana has been restored. The Renaissance genius’s early masterpiece received much-needed attention thanks to a collaboration between the Bargello Museums and the Opificio delle Pietre Dure, with the financial support of Friends of Florence. The unveiling of the sculpture comes ahead of the reopening of the museum to the public, set for June 1.

Created between 1411 and 1413 when the artist was only in his mid-twenties, the sculpture is an early example of the Italian Renaissance and was created for the Tabernacle of the Arte dei Rigattieri and Linaioli in Orsanmichele. Formed from a block of Carrara marble, the work achieved fame immediately, even warranting the rare admiration of Michelangelo, who commented that he had never seen a figure with such an “air of a good man”. 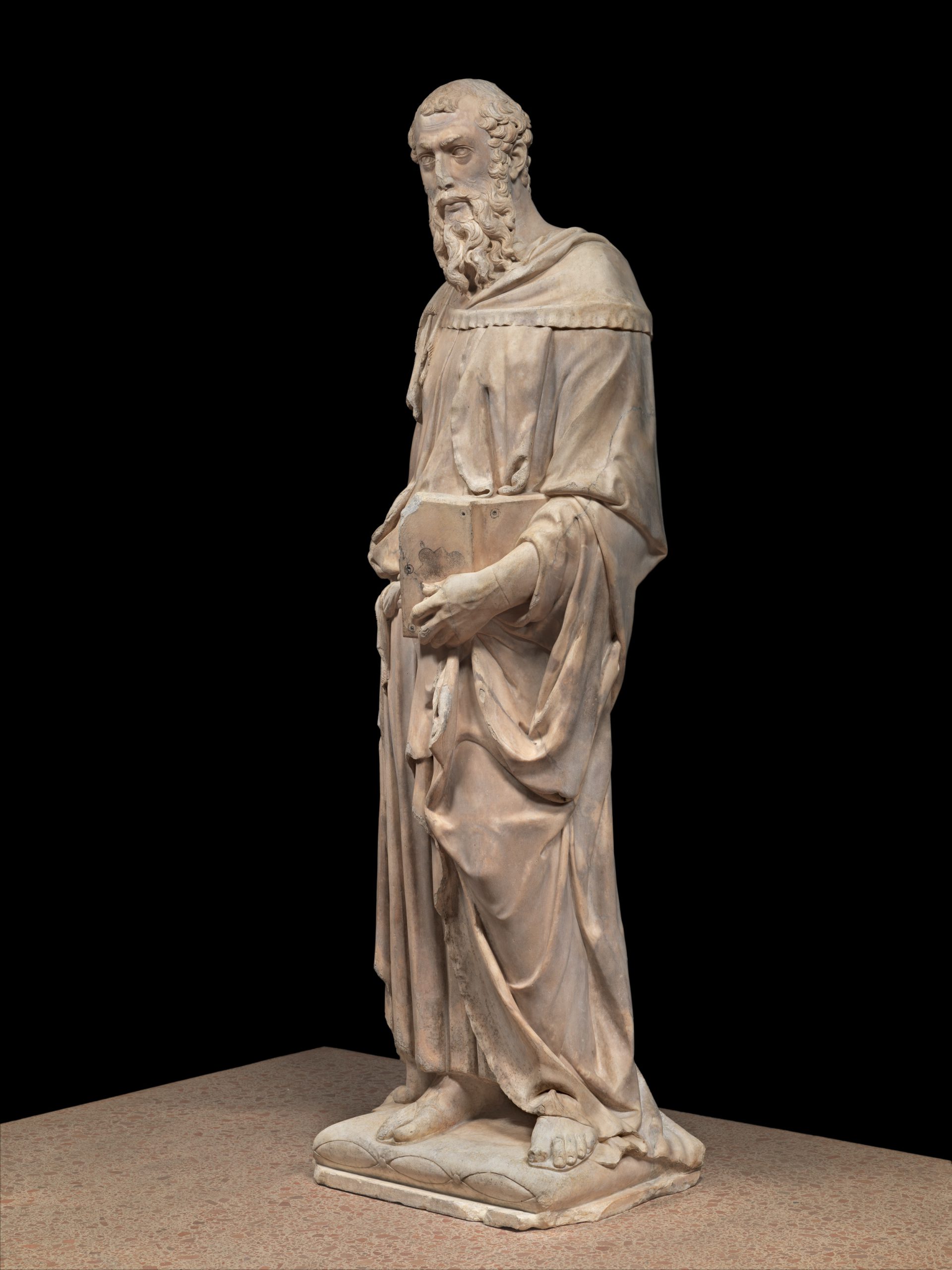 Having been kept outdoors for almost six centuries, the sculpture has been displayed inside the museum since 1977. A heavy dark repainting was removed during a restoration in 1986, which was further cleaned thanks to technological progress. With the bronze patination now entirely removed, (originally added in 1789 with the intention of matching the marble statue to the colour of the other metal ones), faint traces of gilding on the edges of the robe and the pillow under his feet are now visible again, as well as on his sandals, beard and hair.

Other discoveries resulting from the work include the newly visible furrows on the left hand that were previously completely obstructed by dust and dirt. Their presence reveals that the figure was likely holding an item, which was probably a pen. Scans of the work were performed by Studio Micheloni using laser scanners and photogrammetric techniques aimed at producing high-precision, three-dimensional models containing a variety of data. 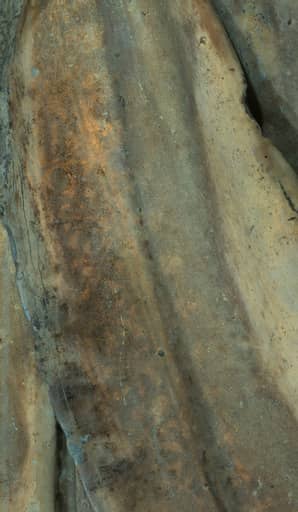 Attending the press conference, US Consul General in Florence, Ragini Gupta, commented “In the spirit of the Monuments Men, several US non-profit organizations have been established that are dedicated to raising funds in the United States for the conservation and restoration of Italian works of art, such as Friends of Florence. Over the last 23 years, it has had a fundamental role in restoring the many beauties of Florence to their historic splendor. Millions of Americans have a special bond with the city of Florence, and this bond is strongly felt by Friends of Florence, which has continued to demonstrate its love for the city, even during the Covid-19 pandemic, through the restoration of works of art.

The careful restoration was carried out under the scientific supervision of Matteo Ceriana, former curator of the Orsanmichele Museum, and Riccardo Gennaioli, Director of the Stone Materials Restoration Sector of the Opificio delle Pietre Dure, with the collaboration of Francesca de Luca and Benedetta Matucci, and with the advice of a technical-scientific commission made up of Lorenzo Lazzarini (IUAV), Marisa Laurenzi Tabasso (Central Institute of Restoration) and Daniela Pinna (University of Bologna).