Foreseeing Florence in 2022 (in an unforeseeable world)

Is the end of the pandemic too much to ask for in 2022? The WHO has gone on record stating that new-generation vaccines and healthcare equity (a mirage?) could put pay to the chaos. But let’s stick to our own stomping ground and look at what Florence and Tuscany have to offer in 2022. 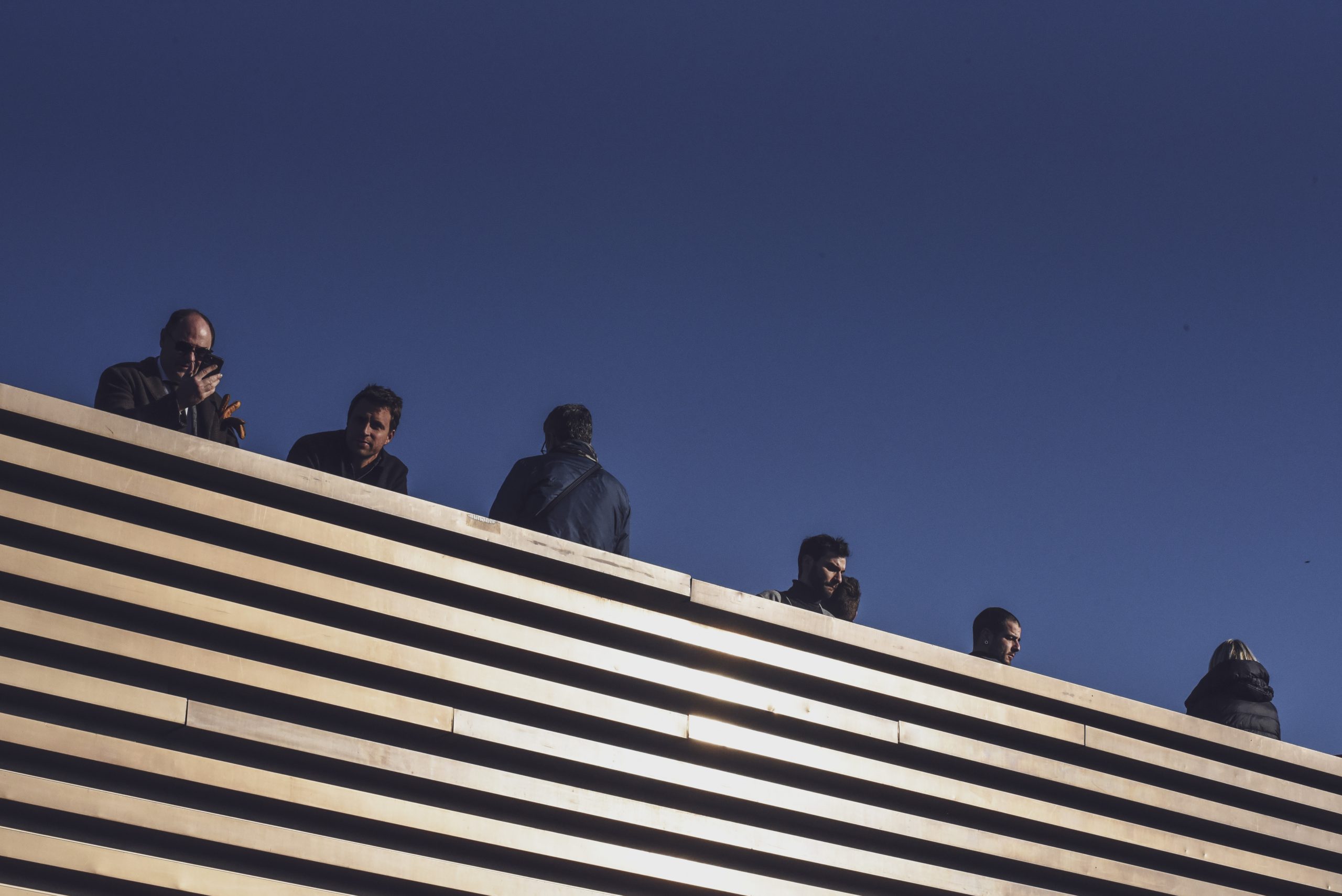 Florence fills with fashion as Pitti Uomo (menswear) and Pitti Bimbo (children) take place from January 11 to 13, as well as Pitti Filati (textiles) between February 2 and 4, setting trends for the year to come. This edition’s theme is Pitti Reflections, with the main trade fair held at Fortezza da Basso and events inevitably spilling over into the city’s streets, despite the Omicron caseload. 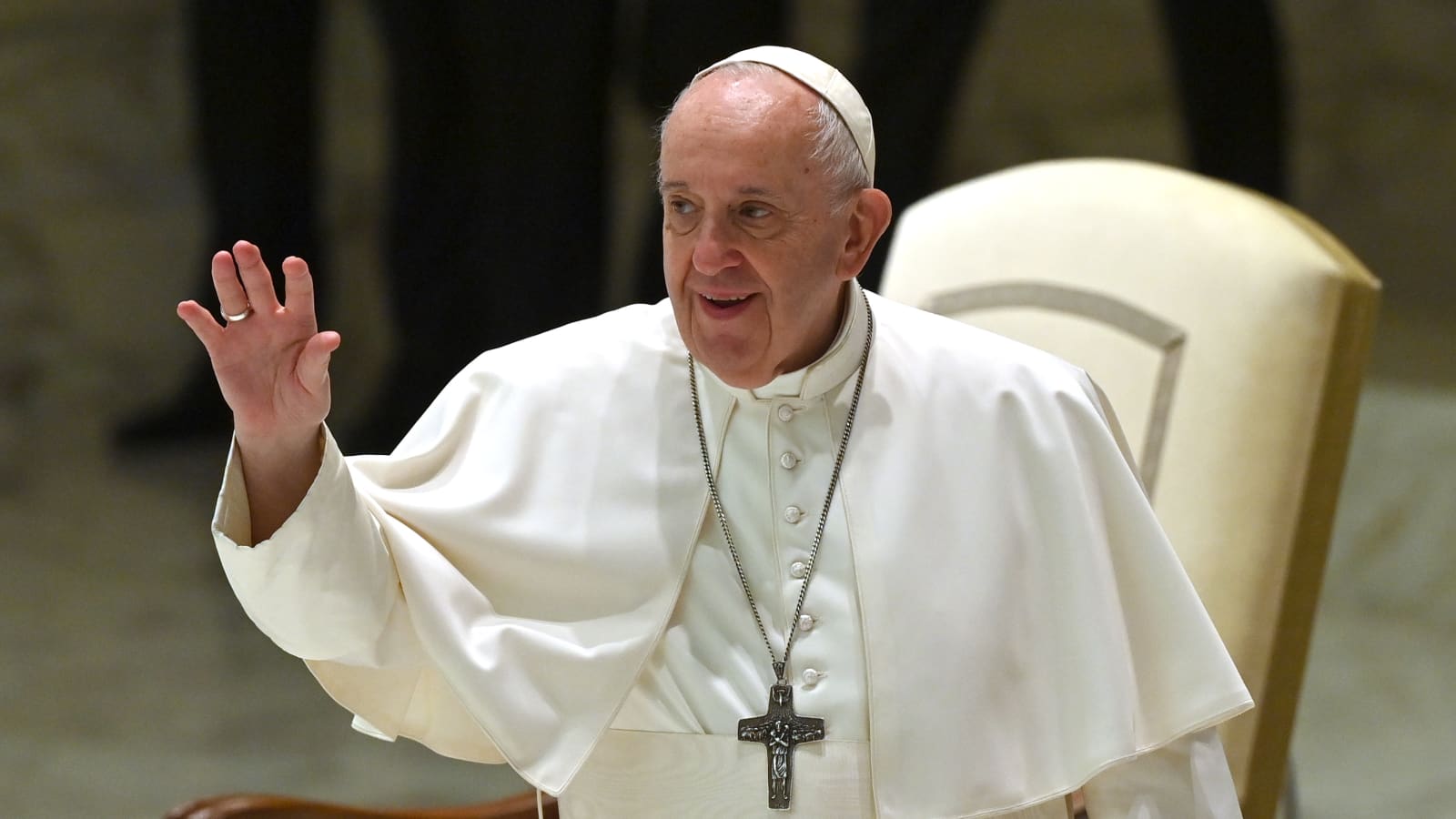 Pope Francis is expected in Florence on February 27 during the Meeting of the Bishops and Mayors of the Mediterranean. His Holiness’s schedule is said to include speeches in the Salone dei Cinquecento and Sala Leone X, followed by a meeting with refugee families in the Sala d’Arme. His visit will end with a Mass at the Basilica of Santa Croce and Angelus outside the place of worship. Florence’s trade fair location, the Fortezza da Basso, looks to have a busy month in store, starting with Immagine Italia & Co. displaying lingerie and loungewear during this three-day focus (February 5-7) for brands that design the clothes that are closest to the skin. And there’s more on the international trade fair front in February as Firenze Home Texstyle returns to Fortezza da Basso for the fourth time from February 4 to 7. The Spadolini Pavilion will host household linens, upholstery, curtains, fabrics and more. The Accademia brings centuries-old busts to the forefront with a new exhibition titled The Bronze Portraits of Michelangelo by Daniele da Volterra from February 15 to June 19. Curated by director Cecilie Hollberg, the busts of Michelangelo attributed to Daniele da Volterra will be shown with important loans from museums such as the Louvre and the Musée Jacquemart-André in Paris. The large-scale international event, Danzainfiera, returns to (yes, you guessed it!) the Fortezza da Basso from February 25 to 27. Featuring thousands of dancers and hundreds of events, dance styles from all over the world come together for a varied programme that includes masterclasses, competitions, performances and auditions. 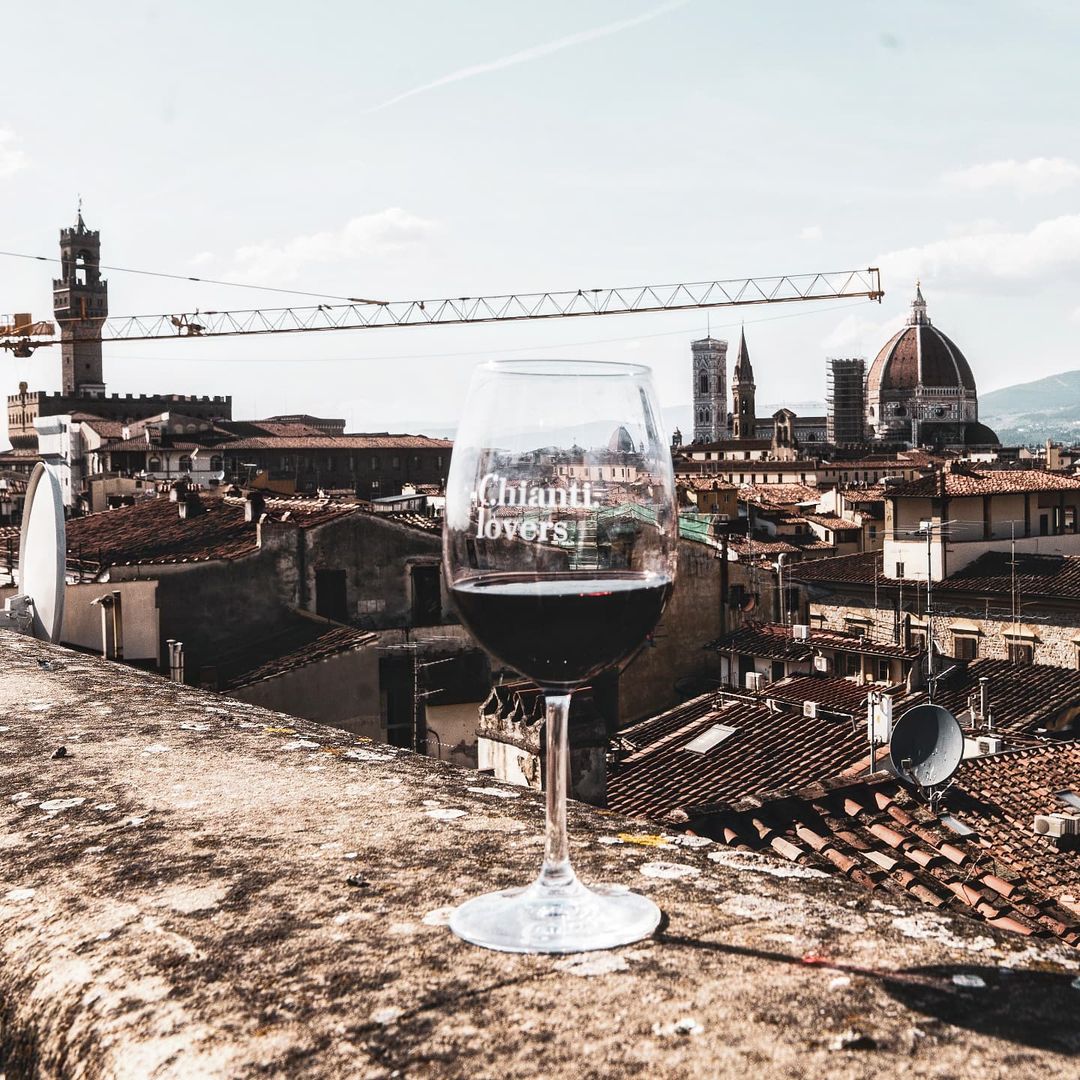 Wine event Chianti Lovers is likely to return to Florence and Chianti Classico Collection during the Tuscan wine preview week (March 19 to 25), which welcomes connoisseurs for tastings of Chianti, Chianti Classico, Vernaccia di San Gimignano, Vino Nobile di Montepulciano and other leading regional appellations. The opening event is expected to take place in Florence’s Salone dei Cinquecento, pandemic permitting. Wine makes way for food as the hugely popular Italian food showcase Taste makes a comeback from March 26 to 28. Changing venues from the Stazione Leopolda to the Fortezza da Basso, get ready to taste the unexpected as the best of the country’s contemporary food culture unfurls its specialities. A colorful and energetic feast for the eyes, the food world will be at the center of a packed calendar of events, talks and meetings. Davide Paolini’s taste rings will return, featuring top partnerships with experts, chefs and newcomers. Meanwhile, starting March 19, Fondazione Palazzo Strozzi and the Bargello Museums will be hosting Donatello, The Renaissance. This once-in-a-lifetime exhibition reconstructs the outstanding career of one of the most influential masters of Italian art, juxtaposing Donatello’s work with masterpieces by other Italian Renaissance masters such as Brunelleschi, Masaccio, Andrea Mantegna, Giovanni Bellini, Raphael and Michelangelo. Curated by Francesco Caglioti and devised as a single show across two venues, Palazzo Strozzi and the Museo Nazionale del Bargello, the exhibition celebrates Donatello in dialogue with institutions of Florence and the whole of Italy in an effort to expand the debate on this master in time and space, in terms of materials, techniques and genres, in order to do justice to the artist’s universal dimension. 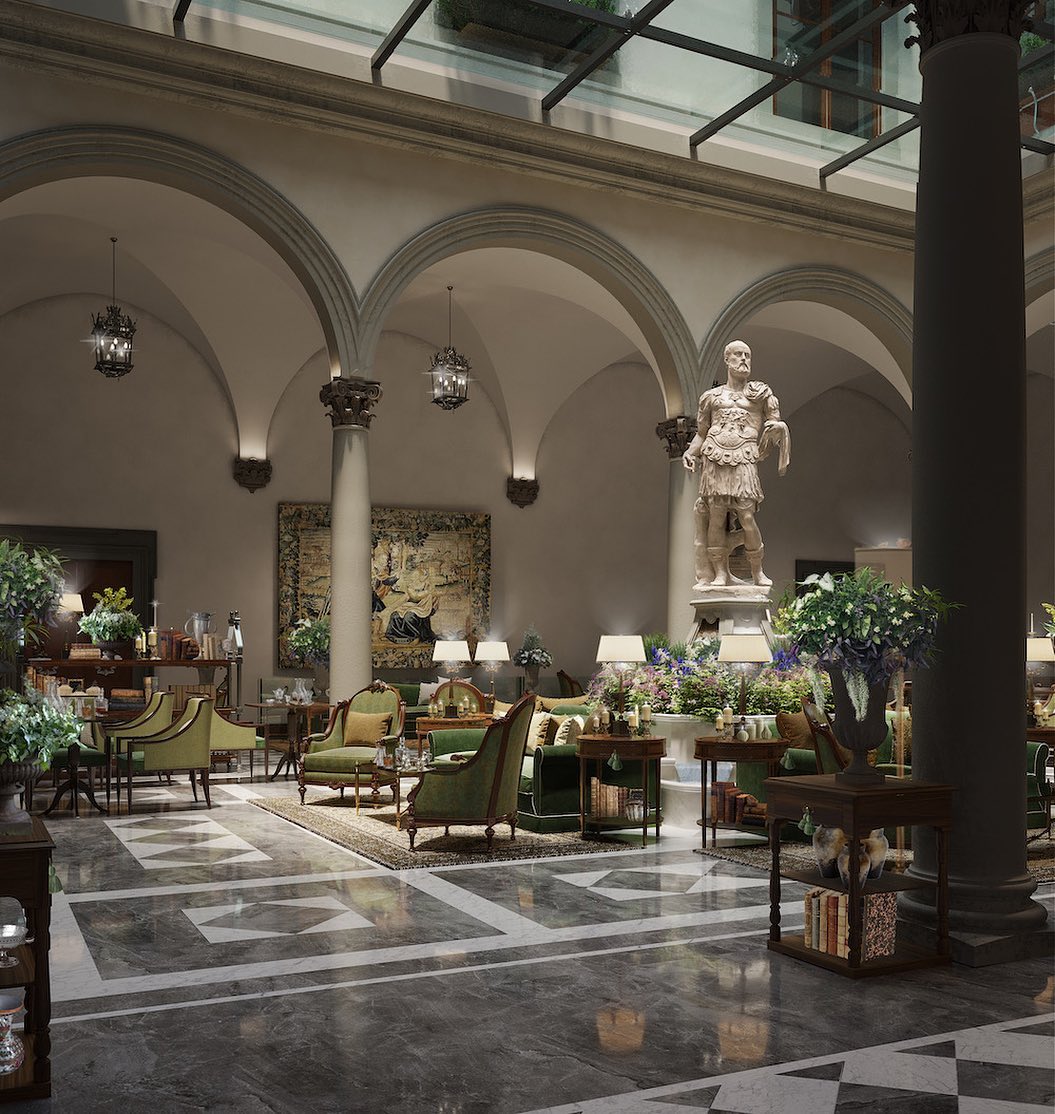 There’s much excitement surrounding the restoration and reopening of Dante’s supposed muse, Beatrice’s childhood home, Palazzo Portinari Salviati. The historic property along via del Corso will become part of the collection of luxury hotels and relais belonging to the LDC Group. In April, following a meticulous restoration campaign, the historical residence will welcome guests with stylish rooms, suites and serviced apartments. Through a partnership with Mine & Yours Group, a fast-growing Italian company operating in the luxury hospitality industry, fine dining restaurant Chic Nonna headed up by Michelin-starred chef Vito Mollica (formerly Il Palagio, Four Seasons Florence) will tantalize taste buds in the frescoed court of the emperors, in addition to a lounge bar in the Cosimo I courtyard and a bistrot celebrating the Tuscany culinary tradition. Amenities are also set to include an indoor pool with jacuzzi area, sauna, steam bath, fitness center and treatment rooms, luxury boutiques, and meeting and events spaces. Leading jewellers are coming to town for Florence Jewellery Week from April 28 to May 2. Organized by LAO and Artigianato e Palazzo, the stables of Palazzo Corsini will host designers of all ages and nationalities based on a selection process that evaluates quality, originality and the level of innovation. 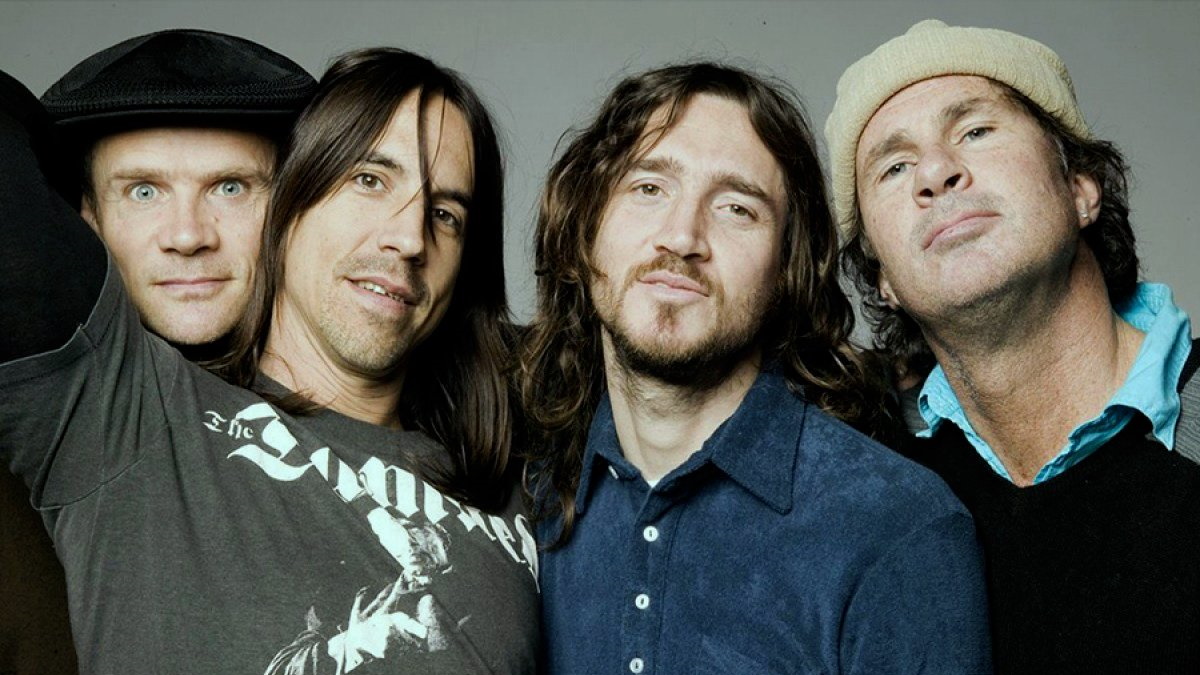 Palazzo Strozzi is gearing up to hold a solo exhibition by internationally renowned artist Olafur Eliasson from September 22 to January 29, 2023. Curated by director Arturo Galansino, the exhibition will be the Icelandic-Danish artist’s most extensive show in Italy to date and will invite visitors to explore an overview of Eliasson’s 30-year practice alongside new works devised especially for Palazzo Strozzi. Eliasson is best-known for works that prompt the viewer to think about the nature of perception and their role in co-producing the artistic experience, often by incorporating elemental materials such as light, water and fog. Eliasson explores the role of art in the contemporary world as an interdisciplinary field, embracing research, politics and environmental advocacy. Also on September 22, Corri la Vita takes to the streets of Florence, fostering awareness and raising funds for breast cancer research and treatment. Antiques lovers will be pleased to note the return of the Florence International Antiques Fair. From September 24 to October 2, leading exhibitors from the antiquarian world line the halls of Palazzo Corsini as high-profile vetting is conducted by renowned art historians to ensure quality, provenance and authenticity of the antiques. 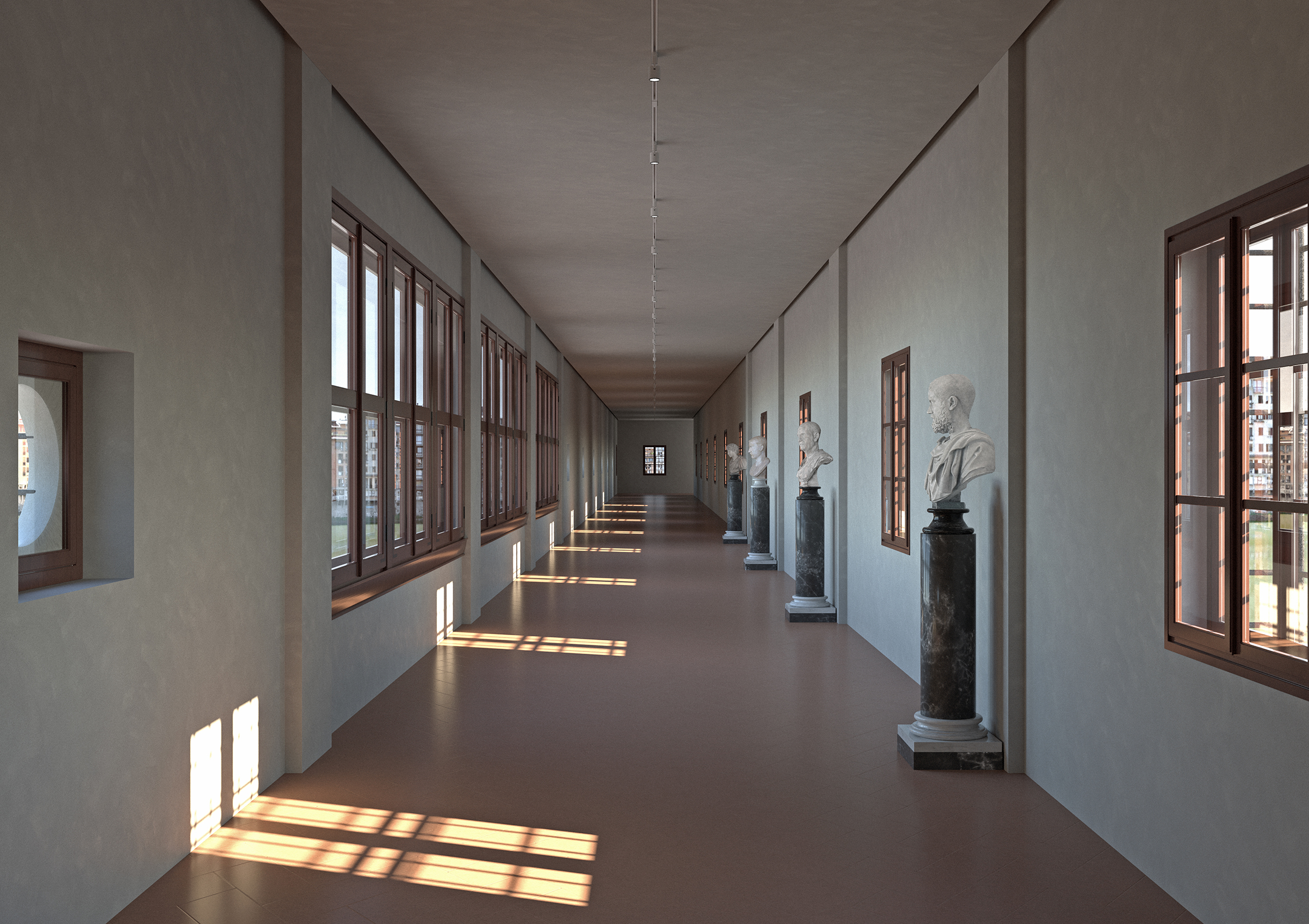 October could be the month when the Vasari Corridor reopens to the public after 18 months and 10 million euro to bring the unparalleled raised walkway up to code. The collection of self-portraits that was traditionally on display is being substituted with ancient statues and inscriptions, the 16th-century frescoes that originally adorned the external walls of the corridor and two memorials dedicated to the 1993 via dei Georgofili bombing and the 1944 Second World War bombing of Florence respectively. “It will be a democratic accessible walk overlooking the heart of Florence,” commented Eike Schmidt, director of the Uffizi Galleries. “About 500,000 people will be able to visit it every year starting from 2022.” The walkway will reopen to the general public with a new setup and special ticketing. The 73 windows along the route will be reopened, starting from the entrance on the ground floor of the Gallery of Statues and Paintings before walking over the Ponte Vecchio and reaching the Boboli Gardens and Palazzo Pitti. The updated Vasari Corridor will be fully accessible for everyone due to an integrated system of ramps, platforms and lifts.

The City of Florence is determined to deliver on its “green shield” plan by the end of 2022. Reducing traffic and pollution to improve quality of life are the aims of this scheme. Nearly 4.5 million euro have been invested in 81 vehicle video checkpoints on entry into the city centre fashioned on the experiences of Stockholm, London and Milan. In a nutshell, we’re looking at lowering CO2 by less than 5,000 tons and PM10 by 3.3 tons in the metropolitan area of Florence. The measures will primarily affect tourist buses in the form of a congestion charge.