Picturing Florence during the Renaissance, thoughts of art and science and progress and development flood our thoughts. In our mind’s eye, we can see the beauty of the Primavera or the majesty of the statue of David. We envisage the faces of famous figures like Dante Alighieri and Leonardo da Vinci. We even focus on the power of the Medici family and the Church. It’s a place and an era that is so rich with culture and history that it feels like there are never-ending things to learn. However, one element of Renaissance Florentine culture that is neglected from our imaginings is a widespread culture of homosexuality.

October is LGBT History Month in the USA. Recently in Florence, this coincided with Florence Queer Festival, which showcased films about the LGBTQIA+ community, telling the stories of a group that continue to face abundant difficulties in Italy and across the world. However, while the festival celebrated modern queer culture, this month feels like an appropriate time to examine queer history and concentrate on an important aspect of the history of Florence itself: during the Renaissance, the city was internationally renowned not only for arts, but also for its rampant practices of sodomy.

It’s true that Florence was once known as being home to those who were described at that time as “sodomites”. In the medieval era, the term had a much broader meaning than it does today, covering any sexual activity that wasn’t for procreation, generally perceived as being “unnatural”. However, in the majority of cases, “sodomy” was used specifically to refer to sex between two men, something that was happening all over the city.

It is important to note that sexuality in the medieval era was not restricted by modern conceptions of sexuality; it wasn’t categorised until the 19th century. Instead, for the people of Renaissance Florence, a man’s sexuality could be quite fluid, as long as it didn’t threaten his masculinity. This is why a practice now known as pederasty prevailed, where “mature” men (those over 20) would have sex with adolescent boys. Today, this age imbalance seems unacceptable, but at the time it was the norm, with any deviation threatening a man’s masculinity. This was an ancient tradition, dating back to the Greeks and Romans.

In general, the attitude towards these same-sex relations was one of growing concern. Due to the influence of the Church, many people believed that sodomy was a grievous sin with a corrupting influence on man. There was certainly some level of acceptance—there had to be for it to be so commonly practised. One example of a more nuanced view can be seen in one of the most famous publications of the era; in Dante’s Inferno, the pilgrim shows profound sympathy for the sodomites he meets in hell. Although this depiction acknowledges that it is a sin, it still shows that Dante feels pity for those being punished. Not everyone had such sympathetic attitudes, however. Eventually, concerns had to be addressed, which led to the introduction of anti-sodomy laws in Florence from as early as 1284, with a statute in 1325 to enact further punishments and, in 1432, the city established the Office of the Night.

Designed as a specialised magistracy for policing and prosecuting crimes of sodomy in the city, the Office of the Night operated for 70 years. The punishments were made up of fines for the first four offences, with the cost increasing for each offence, and also limits on holding office. On the fifth offence, the punishment was death. In practice, death sentences were rare, with the office often choosing to fine offenders instead; by 1459, the fines for the first three offences were even lowered. It seems the sentiment was that, given the widespread nature of the crime, lower fines were less of a drain on consumers and it was more advantageous to receive a sustainable income from accused citizens than executing offenders and losing a source of revenue.

Despite not being a positive force regarding the history of sexuality, records from the Office of the Night provide fascinating insight into the reality of queer history and the situation in Florence. The papers show that an outright majority of men in the city were incriminated for sodomy at least once: 17,000 men out of the city’s total population of 40,000 people. It is also shown that these same-sex relations occurred at all levels of Florentine society, from textile workers and artisans to members of the great banking and commercial families. To provide a more recognisable example, the Ponte Vecchio saw a lot of action, with 50 people who worked there between 1478 and 1502 being incriminated. This included all five sons of Francesco del Mazzante, who had a butcher shop on the bridge.

The arts, sciences and the phenomenal talent of the people who have made the city great will all rightly remain at the forefront of Florentine history. But maybe we can spare a thought, too, for the fascinating sexual history that contributed to Florence’s uniqueness. Consider how it has been woven into the fabric of the city and how it might have impacted the culture and the history that we experience every day. It is too frequently assumed that the LGBT+ community is a modern phenomenon, yet it is not. It has always existed in one form or another, and its history deserves to be remembered. 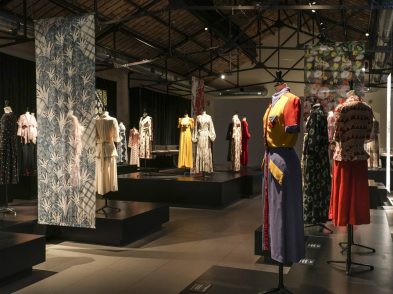 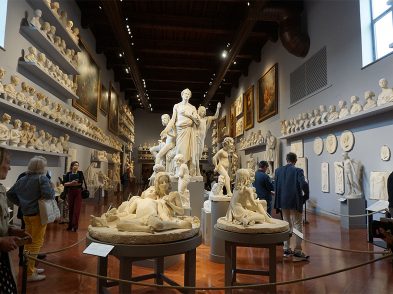