Restorations on the Porta dei Cornacchini at the Santa Maria del Fiore Cathedral, which began in September 2021, are complete. The doorway, which can be found on the north side of the nave, and surrounding sculptures all underwent works including in-depth analysis, cleaning and protective treatments. The lion sculptures underwent more intense restoration as the marble was damaged, with interventions including the replacement of one lion’s head, which could not be preserved in situ, despite numerous attempts at consolidation being carried out. 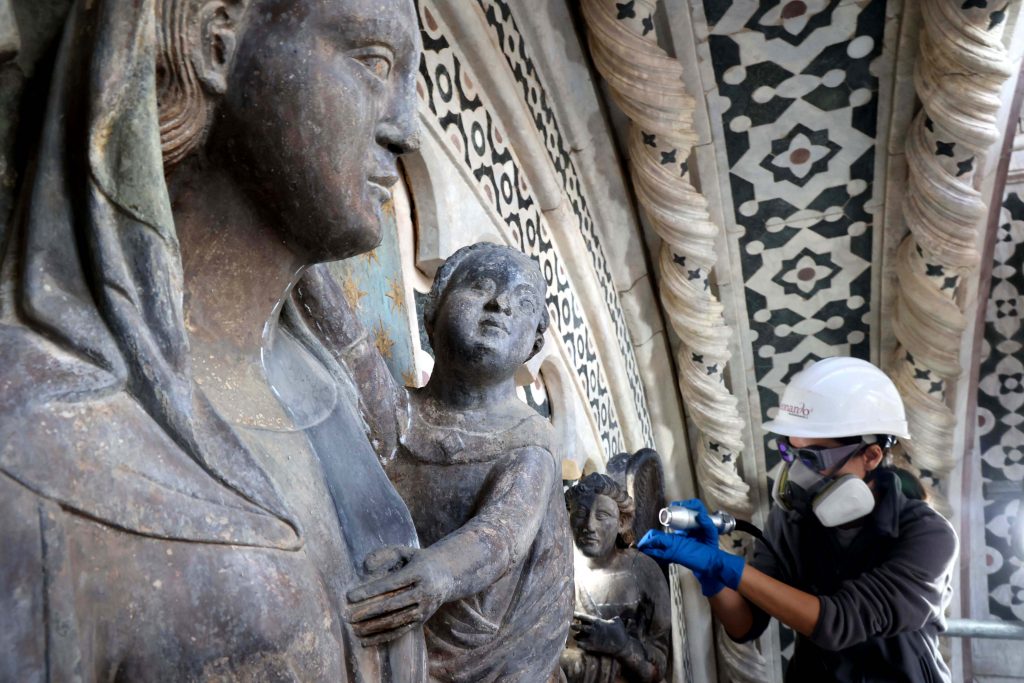 Final phases of the restoration, use of lasers on one of the angels in the sculpture Madonna with Child and Adoring Angels, ph. Gianluca Moggi, New Press photo 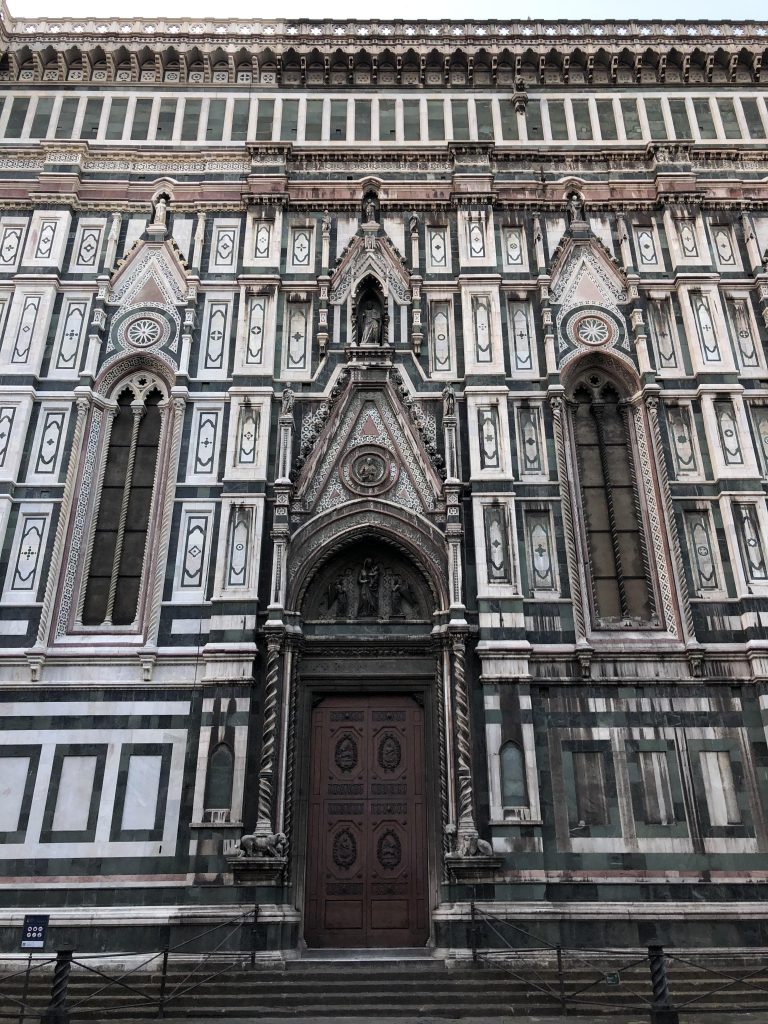 During the restorative works on the sculptures, extensive traces of colour were found on the 1359-60 sculpture of the Madonna with Child and Adoring Angels, found directly above the door. This discovery confirms that the work was originally polychrome. While tiny marks of colour had previously been found on exterior sculptures adorning the cathedral, this is the first time that such extensive traces have been detected, with the evidence including damask decoration on the child’s garment, the painted eye of the virgin and a blue-green colour on the Virgin’s mantle. 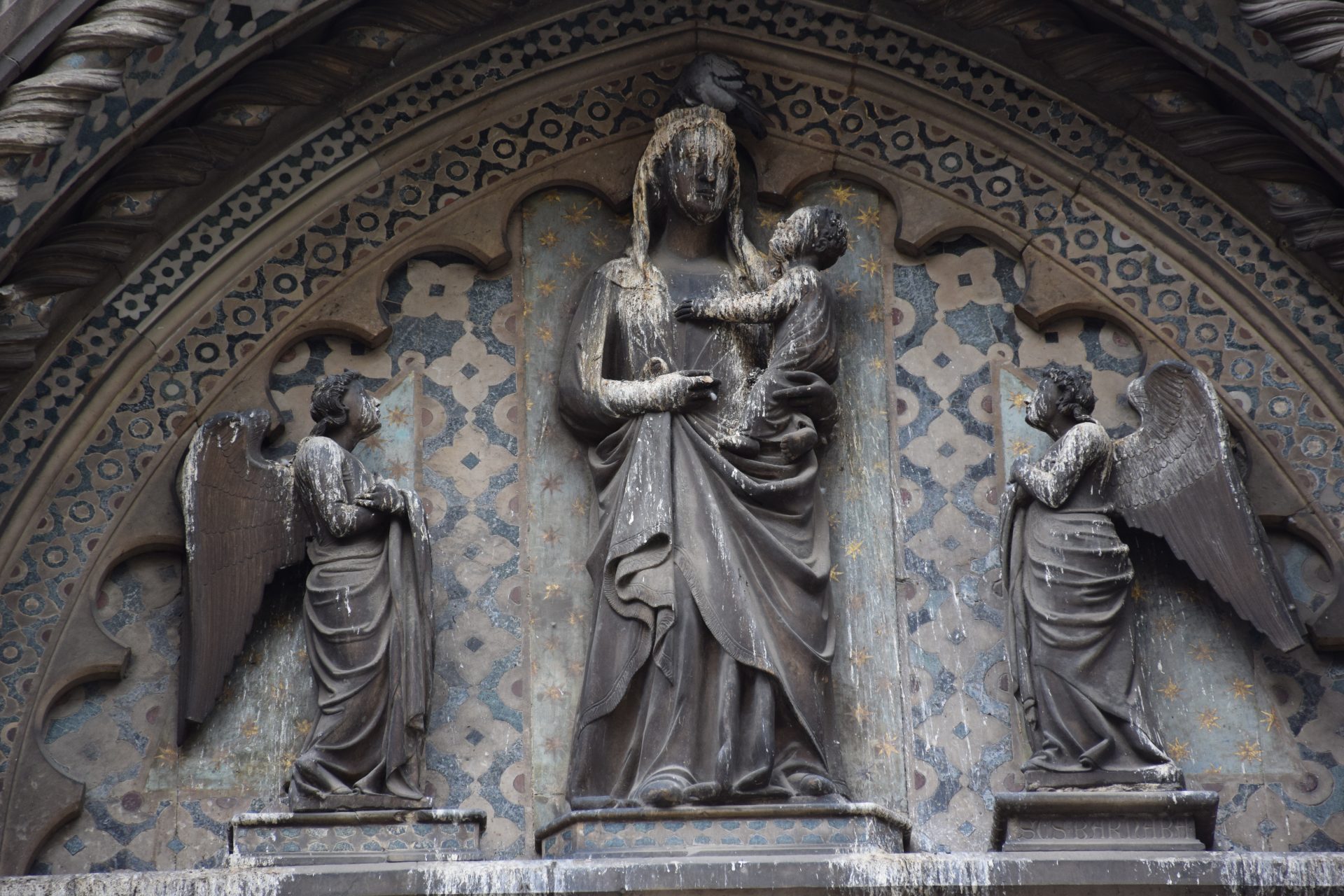 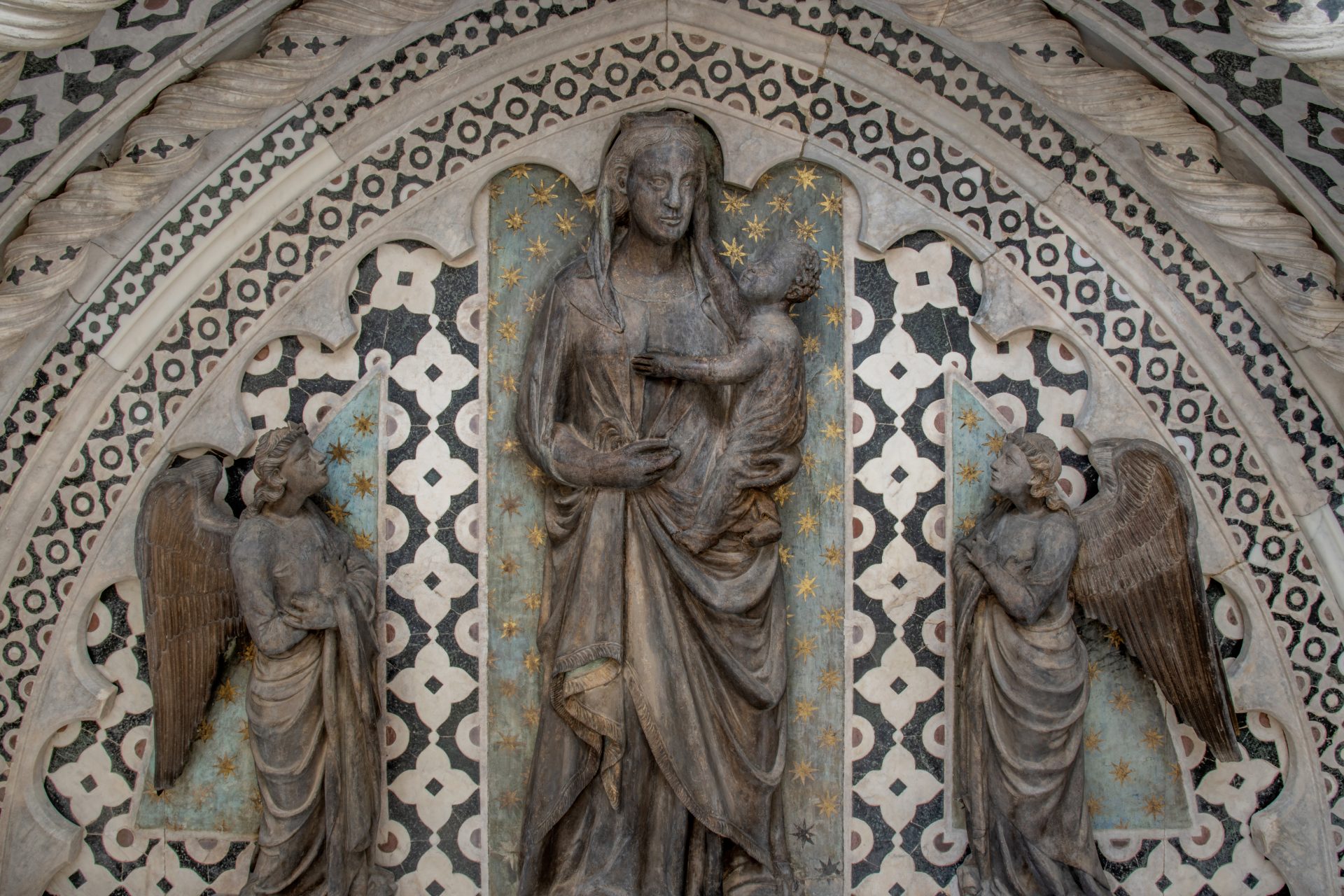 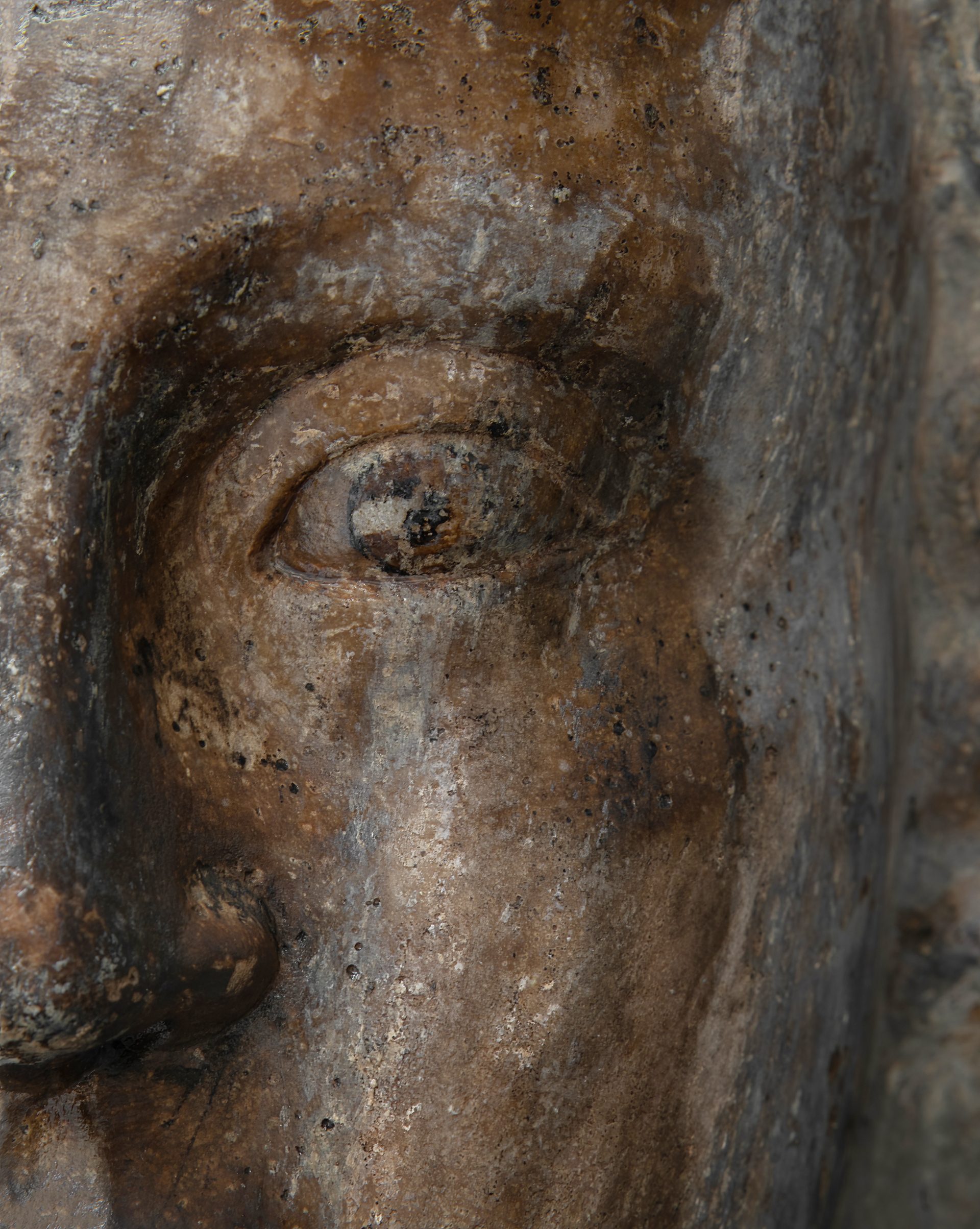 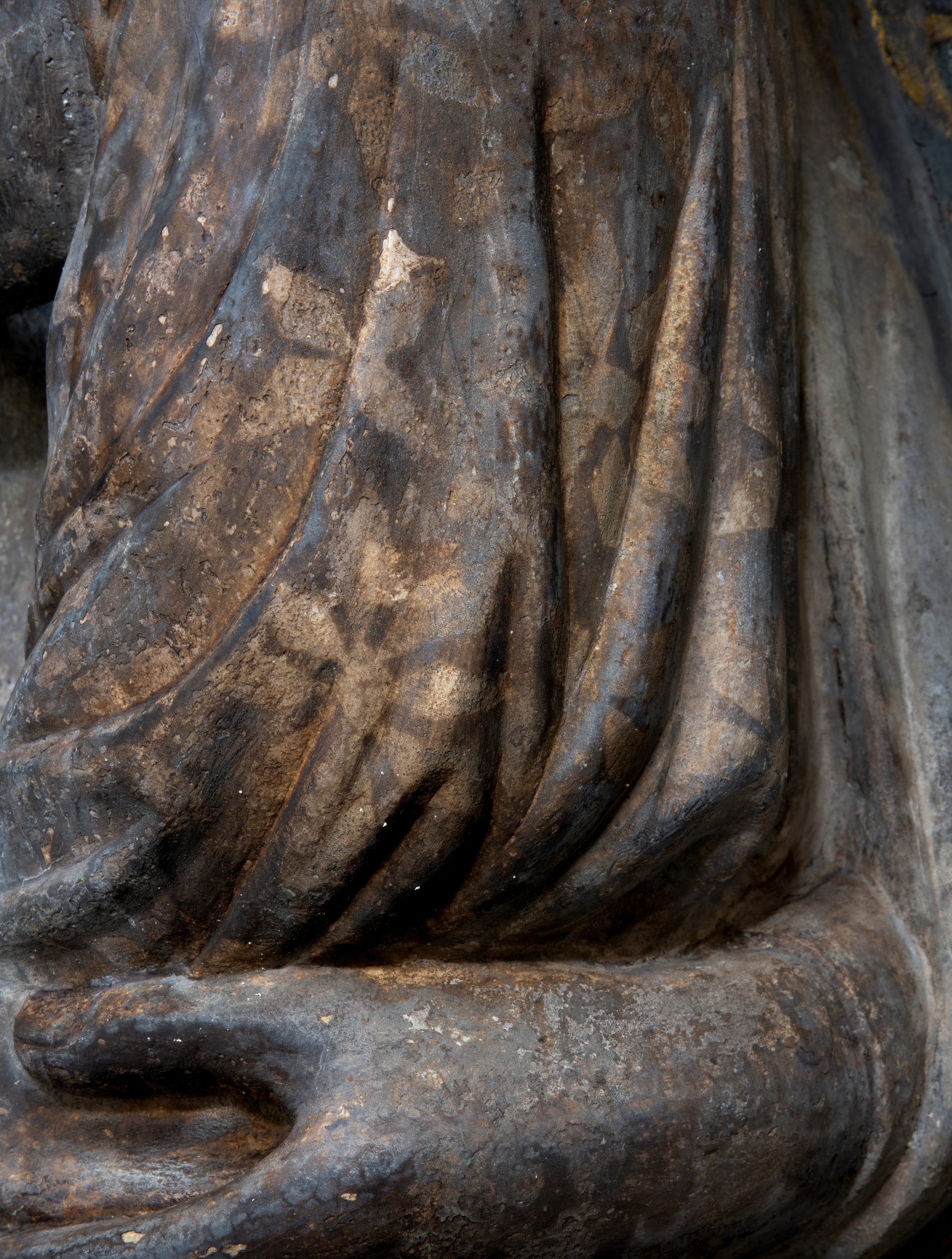 Natural degradation and previous restoration interventions likely contributed to the loss of these colours. Investigations showed that there was a layer of brown oxalate in contact with the marble, with a layer of fluorosilicates above, likely applied during interventions in the 1950s. The brown layer was likely a protective layer and the decision was made to remove the fluorosilicates, but to leave the brown layer that likely contributed to the good state of conservation of the marble sculpture.