The Nativity scene takes an ecological twist in this contemporary art installation.

Titled First Act, the contemporary art installation by Marya Kazoun inspired by the Nativity scene and the environmental crisis is on display in Palazzo Pitti’s Sala Bianca until January 29, 2023.

The main features of the installation are the white fabric figures that stand in opposition to a swarm of Murano glass locusts. Standing at 2.6 meters tall, they act as a representation of the Magi (the Three Wise Men), bringing the gift of clean energy as depicted through their turbine-like form. The locusts represent the increasingly worsening environmental crisis our planet is facing. The centerpiece of the installation is a spherical sculpture that symbolizes the baby Jesus (following the tradition of the Nativity scene). The sphere is surrounded by six figures joined together in pairs, representing the necessary unity between humans and the hope for a new world.

Uffizi Galleries director Eike Schmidt commented, “Protecting artistic heritage and preserving the landscape and the environment are serious and urgent duties that should never conflict, but instead should favour each other”, furthering the intention of this installation as an invitation for viewers to reflect and act. 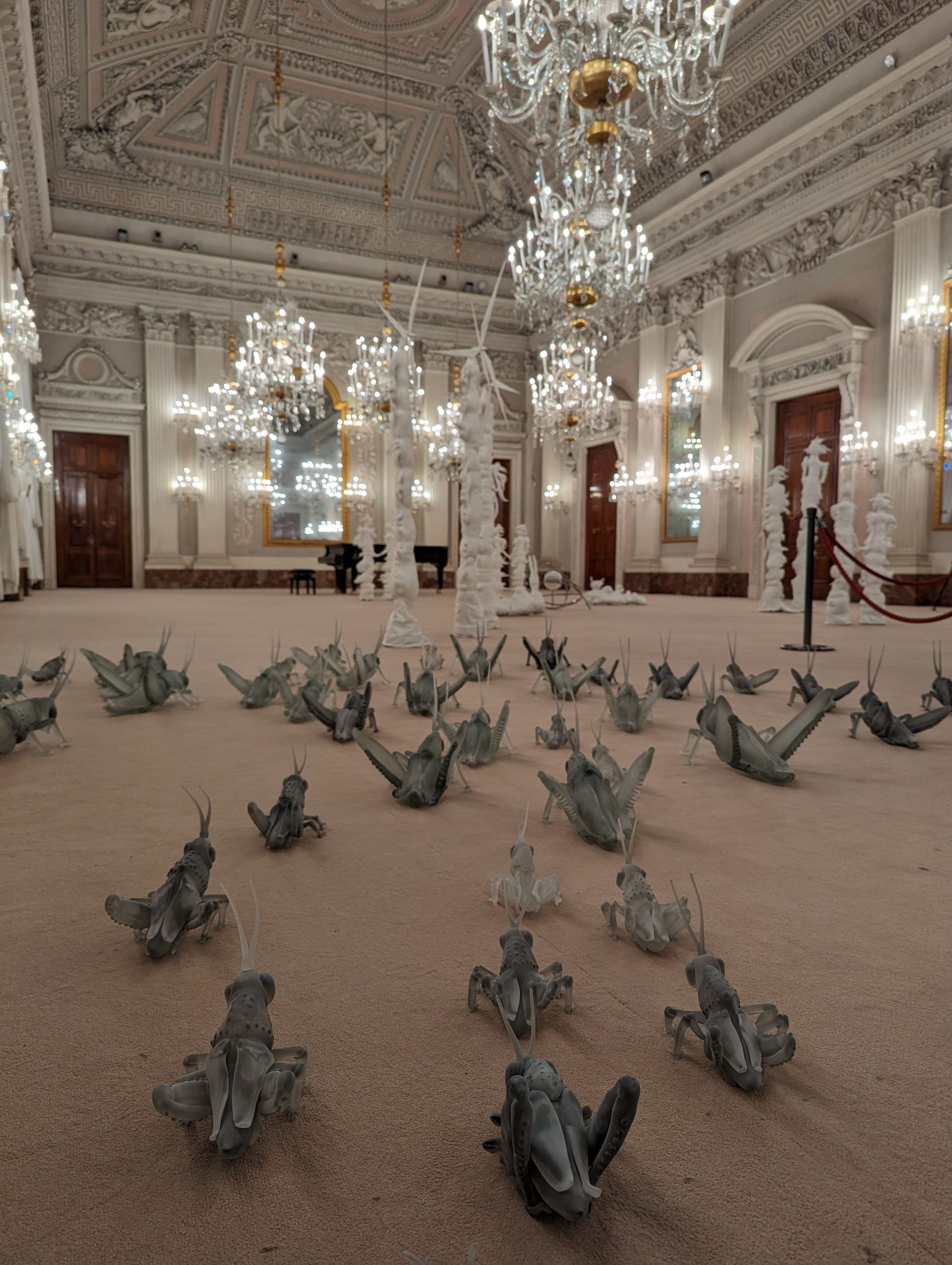 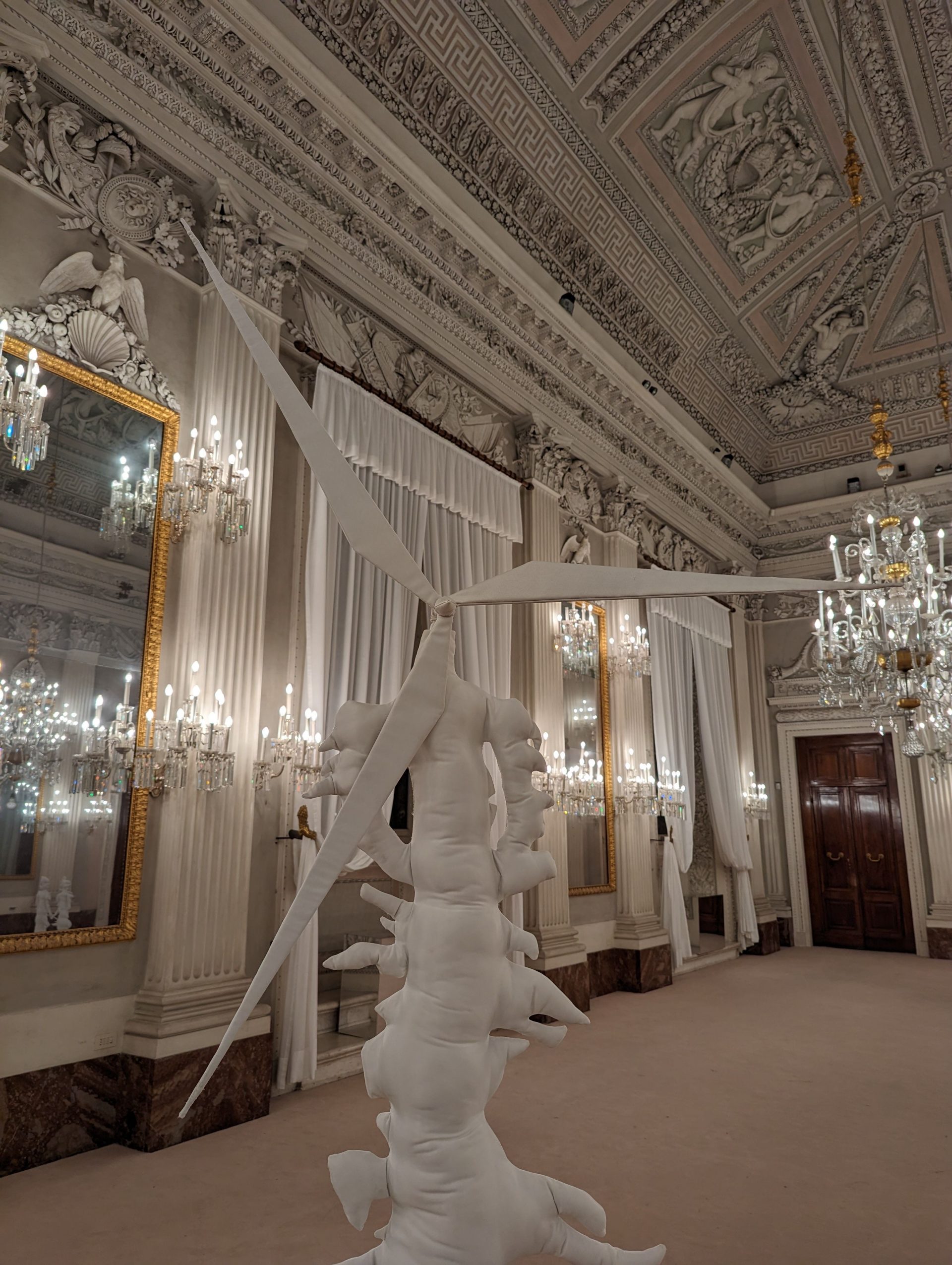 Marya Kazoun is a Lebanese-Canadian interdisciplinary artist with a focus on performance and installation art. First Act will be on display in Palazzo Pitti’s Sala Bianca until January 29, 2023.