If you are looking for truly traditional Tuscan fare, a sure sign of success is the handwritten menu, produced daily, of just five or six dishes. Another good sign that you’ve stumbled across a bastion of culinary tradition are the hours: some of Florence’s best and oldest restaurants are open only at lunch. Why? Because these places have been run by the same families for generations and they haven’t changed much since they were first opened. These are small yet vitally important details for any foodie who seeks truly traditional fare. And there’s no doubt that the serious buongustaio will find them at the Trattoria Sergio Gozzi, hidden behind the stalls in the San Lorenzo market.

Trattoria Gozzi, known by locals simply as ‘Da Sergio,’ has been serving traditional Tuscan fare since 1915. This is a place where the potatoes are peeled and sliced fresh daily, where the same locals eat lunch every day, and where fourth-generation Gozzi brothers, Andrea and Alessandro, run the entire show, the former from the kitchen and the latter from the bustling dining area.

‘We’ve kept the lunchtime-only hours because we wanted to maintain what our fathers and forefathers wanted: we wanted to keep the trattoria the same as it was in the beginning. It’s a mentality, really.’ A mentality that has less to do with money-making and more to do with preserving traditions and serving fresh, authentic foods to clients: ‘We cook for our customers as if we were cooking at home,’ explains Andrea. A one-minute walk from the central food market ensures that everything in the kitchen is fresh and locally sourced. ‘We don’t have a freezer, and we never use panna (table cream) in our dishes,’ Alessandro says proudly.

‘We are among the very few generations of Florentines left in San Lorenzo. We get our food and ingredients every morning from the market; there, we get our meat from Simone Manetti and our fish from Gianni Massimiliano-the same Florentine families of butchers and fishmongers our father, grandfather and great-father bought from. They, too, are ‘historic’ families that have passed these professions down from generation to generation, just like us,’ notes Andrea.  Although famous for its soups (try the ribollita or passata di verdure!), Andrea and his team in the kitchen make a sublime stuffed rabbit, trippa alla fiorentina, braciola fritta with tomato sauce and veal stew with onions. The fabulous fare at ‘Da Sergio’ is so delicious that it is guaranteed that you’ll wipe your plate clean with a piece of bread, known commonly as the scarpetta. I bet my boxers on it.

Trattoria Sergio Gozzi has been awarded the Slow Food label consistently since 1997. To learn more about the slow food movement, seewww.slowfood.com.

Tom Fork is the fictitious food critic and buongustaio behind TF's event, restaurant and bar reviews. 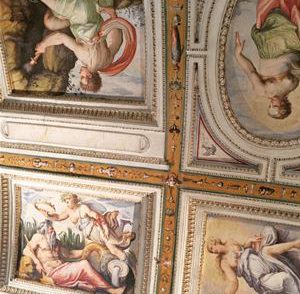 In the shadow of the Duomo, something is stirring on the city’s art and food scene. L’Isle Saint-Louis recently opened, featuring a French-influenced menu and even more continental atelier. Closed for decades, the sixteenth-century Palazzo Sforza Almeni on via del Castellaccio (off via 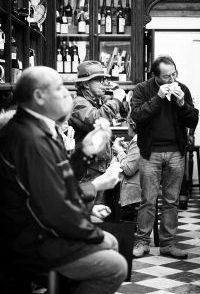 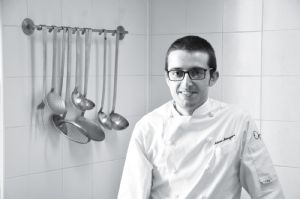 At just 25, Marco Mengoni of Opera22 is one of Italy’s top 40 emerging chefs. Not only is he responsible for constantly reinventing flavours in order to satisfy his customers, he’s also at the head of a teaching kitchen with an important social function.   Opera