Florence is ‘capital of Europe’

As the birthplace of the Italian Renaissance, Florence and the region of Tuscany have long had a ‘European calling.’ For this reason, Florence was chosen as the home of the European University Institute (EUI), which studies the activities and development of the European Union (EU). Now, Florence has

As the birthplace of the Italian Renaissance, Florence and the region of Tuscany have long had a ‘European calling.’ For this reason, Florence was chosen as the home of the European University Institute (EUI), which studies the activities and development of the European Union (EU). Now, Florence has again been chosen to host the Festival d’Europa, making it the temporary capital of Europe, as it was in 2011. The 2013 edition, which runs from May 7 to 12, features lectures, exhibitions, performances and debates open to the public. Organized by the EUI, the City and Province of Florence, and the Region of Tuscany, the festival not only highlights the activities of the EU but also opens a dialogue on its future. Once again, the Festival d’Europa promises to be an unforgettable event for the city of Florence. It is also a unique opportunity to hear from the leading political, academic, business and media figures who will play key roles in Europe’s future development.

The State of the Union, the Festival d’Europa’s signature event, will be held in Palazzo Vecchio’s Salone de’ Cinquecento on May 9, Europe Day, the 63rd anniversary of then French foreign minister Robert Schuman’s call for a united Europe.

Recognizing that not everyone is intimately familiar with the European Union, the Festival will include an exhibition at Palazzo Vecchio from May 7 to 12. The Dream of a United Europe: The Schuman Declaration, 9 May 1950, will examine the political and cultural origins of the process of European integration. The exhibit brings together the EUI’s archives with materials from the European Commission, the Maison Robert Schuman, and the Jean Monnet Foundation.

IED Firenze (via Bufalini 6) will host an exhibition of works by photojournalist Mario Boccia, with the help of students from James Madison University in Florence. Entitled The Ethnic Swindle: A Reflection in Pictures and Words on the War in Bosnia, Twenty Years After, the exhibit begins with an inaugural ceremony at 6pm on May 7, with U.S. consul-general in Florence, Sarah Morrison, in attendance. Highlighting the living conditions of Bosnian children in the post-war period, it runs until May 13.

The Festival d’Europa includes activities for all ages. For families with young children, the Friends of Music of Florence has organized a performance of Igor Stravinsky’s ballet Petrushka (Tuesday, May 7 at 5:30pm at Teatro La Pergola, via Della Pergola 18). Other shows throughout the week include opera at St. Mark’s English Church: Bizet’s Carmen on May 7 and Puccini’s Madame Butterfly on May 11 (via Maggio 18; 9pm; tickets and information at info@concertoclassico.info). Meanwhile, Krystian Zimerman, considered one of the finest pianists alive today, will hold a recital of music by Debussy, Brahms and Beethoven on May 7 (8:30pm at the Teatro Comunale, Corso Italia 16).

For English speakers, the British Institute offers an array of activities: on the evening of May 6 a film night celebrating the EU’s contributions to cinema; on May 8, an academic conference on understanding between different cultures; a debate about European issues on May 9 (all at the Harold Acton Library on Lungarno Guicciardini, 9).

The British Institute is participating in Play with Europe, a quiz game that also includes the Institut Français, Deutsches Institut and Centro Español, and involves traveling between the institutes and speaking and answering questions in all four languages within 90 minutes. To play, sign up at any of the participating institutes on May 11.

The Festival d’Europa closes with the much-anticipated event, Blue Night of Florence: Europe in 27 Hours, on May 11. Focusing for an hour each on every EU member country, Blue Night is a 27-hour celebration of nonstop events highlighting European culture and identity. This year there is particular emphasis on music, performances and activities for children.

Closing the festival a massive rally by citizens, civil leaders and other political figures will call for a European solution to the economic crisis at hand.

Most events are open to the public, but some require registration, including the State of the Union. Find more information (in English and Italian) and make reservations for activities at www.festivaldeuropa.eu; call 055/2719012; and e-mail info@festivaldeuropa.eu.

Kevin Manley is from Manassas, Virginia. He graduated in May 2012 from the College of William and Mary, with a BA in history and government. He is currently a master?s student at James Madison University in Florence, studying European Union policy studies. 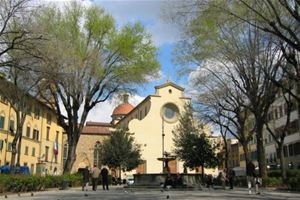 When I was an undergraduate at William and Mary, I saw a poster advertising a master’s program in Florence. I had fallen in love with the city on a high school trip to Europe, when I pet the snout of the boar statue in the Mercato Nuovo to 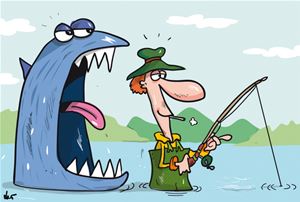 Say 'Tuscany' and most people think immediately of historic sites, museums, charming towns, wine, and olive oil. But the region is also a superb place for recreational fishing, from fly-fishing in the mountains to sea fishing off the Tuscan coast.     INLAND FISHING   Let’s get 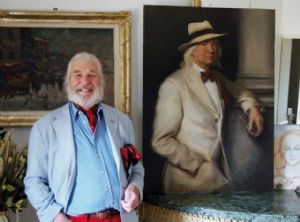 Nineteenth-century poets Robert Browning and Elizabeth Barrett Browning are among the most renowned expatriates to have lived in Florence and their home, Casa Guidi, stands across from the Palazzo Pitti. Today, one of its most luxurious flats is occupied by Victor John Barrett Caulfield, a distant relative of Elizabeth,